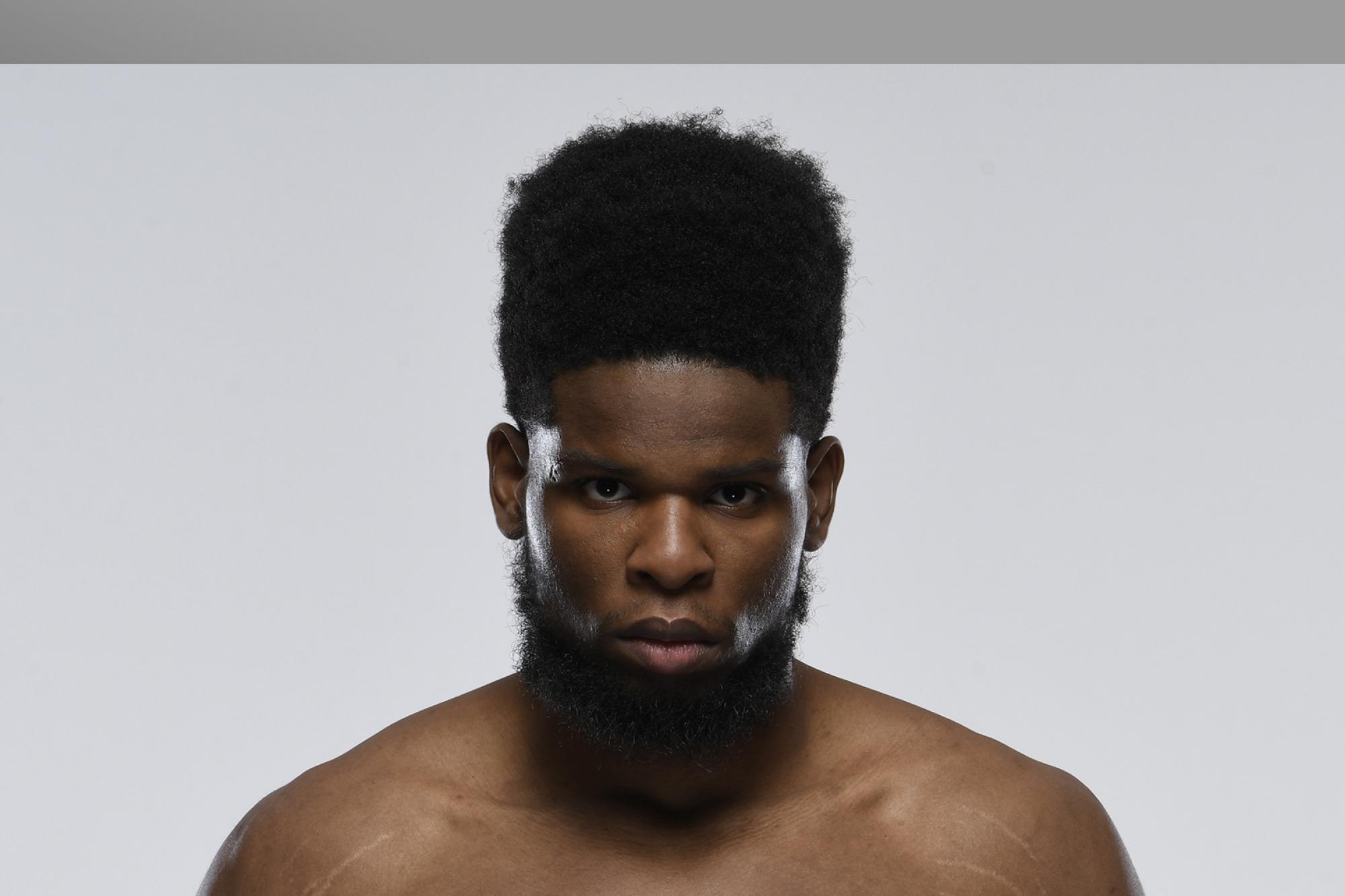 Kennedy Nzechukwu believes he will take the Octagon at UFC Newark more mature and ready than ever
By E. Spencer Kyte • Jul. 29, 2019

The Octagon jitters are very real; they’re not just some made up malady or reasonable sounding excuse offered up by first-time UFC fighters who failed to find success the first time they compete on the biggest stage in the sport.

Kennedy Nzechukwu knows this all too well.

One of the numerous emerging talents from Dallas’ Fortis MMA to graduate to the UFC through the Contender Series, the 27-year-old light heavyweight earned a victory on Season 1, but was short on experience, so UFC President Dana White suggested a return to the regional circuit to gain more seasoning.

Following stoppage wins in March and May, Nzechukwu was back in Las Vegas last August, collecting a first-round stoppage victory over Dennis Bryant to push his record to 6-0 and punch his ticket to the UFC.

The promising newcomer was paired off with veteran Paul Craig on the main card of the end of March ESPN event at Wells Fargo Center in Philadelphia. After efficiently handling business in front of a couple hundred people inside the old Ultimate Fighter facility and at most a couple thousand while throwing hands at The Bomb Factory and Gas Monkey Live in between his two UFC auditions, Nzechukwu’s first walk to the Octagon came in front of more than 10,000 people in “The City of Brotherly Love” and, simply put, it freaked him out.

“I’ve never been on a stage so huge before,” said the soft-spoken light heavyweight hopeful, who returns to action this weekend in a matchup against Darko Stosic that is set to kick off Saturday’s main card at the Prudential Center in Newark, New Jersey. “I know that doesn’t matter to some people, but it affected me a little bit. I wasn’t fighting my fight. I was winning, but I wasn’t feeling like myself.”

Indeed, Nzechukwu was ahead on the cards as the bout entered the third round, having done a good job at fending off Craig’s attempts to coax him into a battle on the ground while getting the better of the exchanges on the feet. Heading into the final minute of the contest, the Nigerian-born newcomer was on his way to a victory in his debut when he got a little complacent.

With Craig on the ground and the clock ticking down, Nzechukwu made the mistake of leaving his arms available while working from inside the Scottish submission ace’s guard. Craig grabbed hold of a wrist and looked to hit a sweep, but Nzechukwu was able to defend it the first time.

As soon as the two reset, Craig went back to the well, tilted the tall 205-pound prospect off balance and quickly laced up a triangle choke, forcing Nzechukwu to tap. 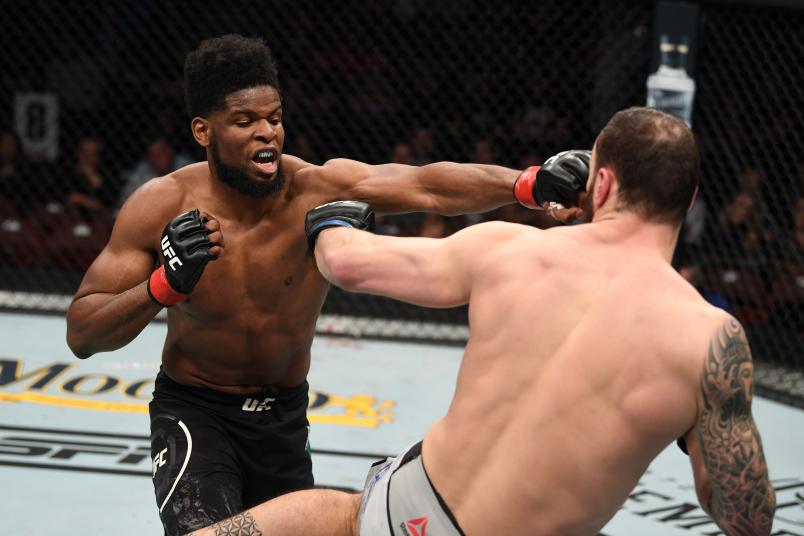 “That fight opened my eyes to a lot of stuff,” he said. “It made me realize there are different levels to the fight game and I have to make sure I’m tuned in. Although I have the toughest training partners and they get me fully prepared, it’s a different thing when you’re going out there and making the walk (to the Octagon) to perform in front of thousands of people.

“I should have finished him,” he added, reflecting on the fight. “To be honest, Paul Craig isn’t on the level of any of my training partners, and that’s no disrespect to him.

Some will hear Nzechukwu’s comments and explanations and label them as excuses made by a fighter who got sloppy and let one get away.

Others will recognize that very few competitors reach the biggest stage in the sport just six fights and 28 months after turning pro and that very few athletes are finished products the first time they cross the threshold into the UFC cage.

Young fighters make mistakes and sometimes those mistakes end up costing them fights, but the good ones — the ones that legitimately have top-end potential — are the ones that are able to learn from those errors, make the correct adjustments, and bounce back the next time out.

And that’s exactly why Nzechukwu is counting down the hours until he can make the walk again on Saturday.

“What got to me was the amount of people watching — I had never fought in front of a huge crowd before,” he explained. “I was there, but the mental aspect of dealing with that amount of people (caught me off-guard). Since then, I’ve consistently reviewed the last fight and am learning how to tune that out and focus on me.

UFC Newark: On The Rise

“I was dealing with stuff that wasn’t even necessary, but looking back, I’m learning to channel my vision on just the fight only and not trying to think about stuff that doesn’t really matter.”

Just as in his first foray into the Octagon, the Sayif Saud-coached light heavyweight doesn’t have an easy assignment for this sophomore appearance in the UFC cage, as Stosic is a protégé of legendary heavyweight Mirko Cro Cop and built like a 205-pound fire hydrant. 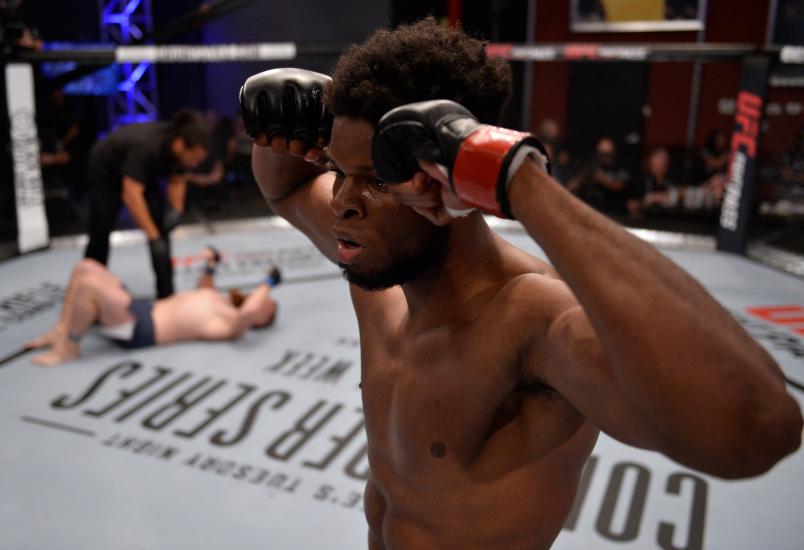 He accepts that and is eager to showcase the full extent of his talents now that he’s no longer battling the Octagon jitters.

“I know what I have. I know I’m talented. I know what I’m capable of doing,” Nzechukwu said. “I’ve never showed it because I’ve always been dealing with overwhelming issues in the cage, being worried about stuff that doesn’t matter like you saw in my debut.

“I didn’t perform well and people are going to judge me based on that, but I know what I’m capable of doing,” he added. “If I lock in and everything lands right, it will be magic.

“I know what I’m capable of doing and you’re going to witness some of that greatness on August 3.”