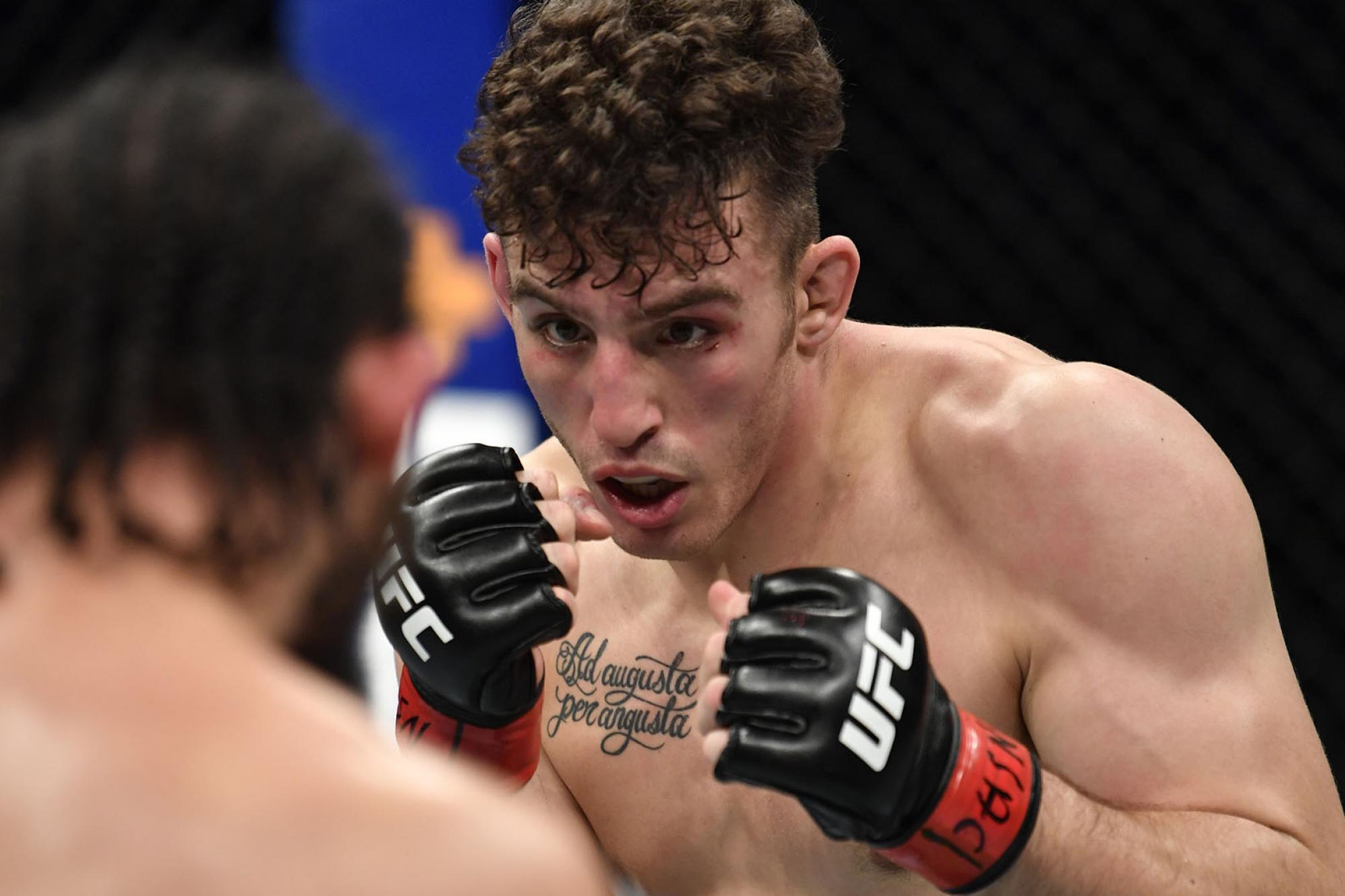 Aleksa Camur Looks To Have Yet Another Good Night

Never in a million years did Aleksa Camur think he would be spending one of his birthdays in Abu Dhabi.

Camur will turn 25 on September 25th, which, in case you didn’t know, means it will be his one and only “Golden” birthday. But with UFC 253 taking place the following day, the Strong Style Gym product will hold off on celebrating until after his light heavyweight showdown with UFC newcomer William Knight.

A big smile breaks out when Camur thinks about earning a win as a birthday present, but he knows it wouldn’t be wise to break out the confetti cake quite yet.

“I have to get the job done then celebrate afterwards, so I guess two times the celebration after the fight is said and done,” Camur told UFC.com. “I think, looking back on it, I’m just going to be grateful and be able to say that I got to experience this, overall. Obviously, my game plan is to go and get my hand raised so I want to be looking back telling my kids about how I went to Abu Dhabi and won after my birthday. I don’t know if I’ll ever be back here other than if it’ss for a fight, so I just want to enjoy everything and take everything in and have a good night.”

If Camur’s definition of a “good night” is winning a fight, he’s only had “good nights” during his mixed martial arts career thus far. At 6-0, Camur earned a UFC contract on Dana White’s Contender Series and won his UFC debut against veteran Justin Ledet.

And while he was happy to get a victory against Ledet at UFC 246, he believes that he let the first-time UFC jitters get to him a bit.

How To Order UFC 253 In Your Country

“I think I went in a little anxious to impress and I didn’t come off fully performing the way I wanted to perform, maybe stayed a little tense. I got some nerves, some jitters on my debut, especially on that card [UFC 246],” Camur said. “I came in guns blazing, but it’s more of a chess match where I got to watch and see where everything is going to be going during the fight. I think I was thinking about doing some stuff during the fight instead of reacting.”

At UFC 253, Camur vows to be more relaxed and let himself react more during his bout with Knight. He believes that when he goes with the flow, he’s at his best and it’s also when he’s most dangerous.

“I think not aiming for the finish but allowing a finish to come to me is a huge difference,” Camur said. “Staying a little looser and enjoying the fight a little more will help me be less tense.” 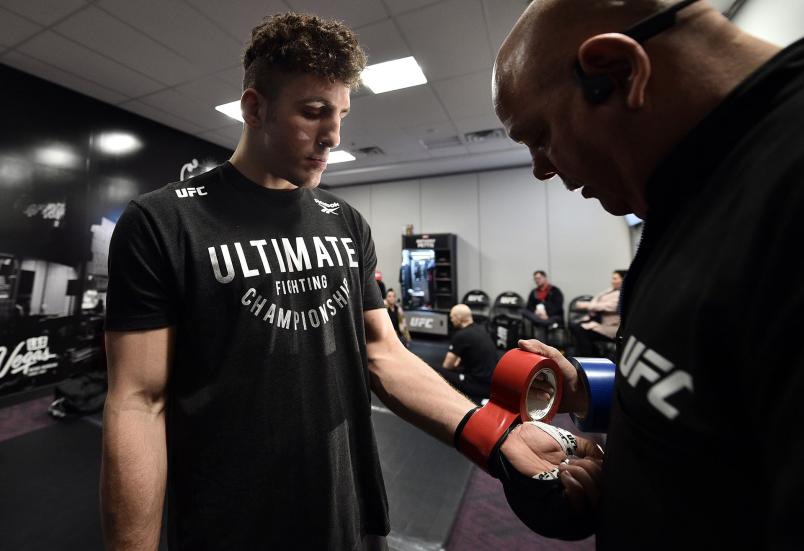 Aleksa Camur has his hands taped backstage during the UFC 246 event on January 18, 2020 (Photo by Chris Unger/Zuffa LLC)

The learning experience was valuable for Camur and he’s convinced that the fight has prepared him to set foot in the Octagon better than ever. Also contributing to that was Camur’s training at Strong Style, where he was one of Stipe Miocic’s main training partners for his third fight with Daniel Cormier.

Working alongside Miocic helped Camur essentially have an extra training camp heading into UFC 253. Not to mention that consistent work with the baddest man on the planet has helped Camur continuously develop his game and get him ready for whoever he would fight next.

That man turned out to be Knight, who secured his contract on Dana White’s Contender Series on September 1st. Knight then accepted a short notice bout with Camur on the other side of the world.

Knight’s willingness to fight immediately earned Camur’s respect and he thinks that their bout is the perfect chance to show that they are future prospects in a revitalized light heavyweight division.

Tune into the UFC 253 prelims to see if Camur can keep his unbeaten record intact against Knight. The prelim action begins at 7pm ET / 4pm PT on ESPN+.