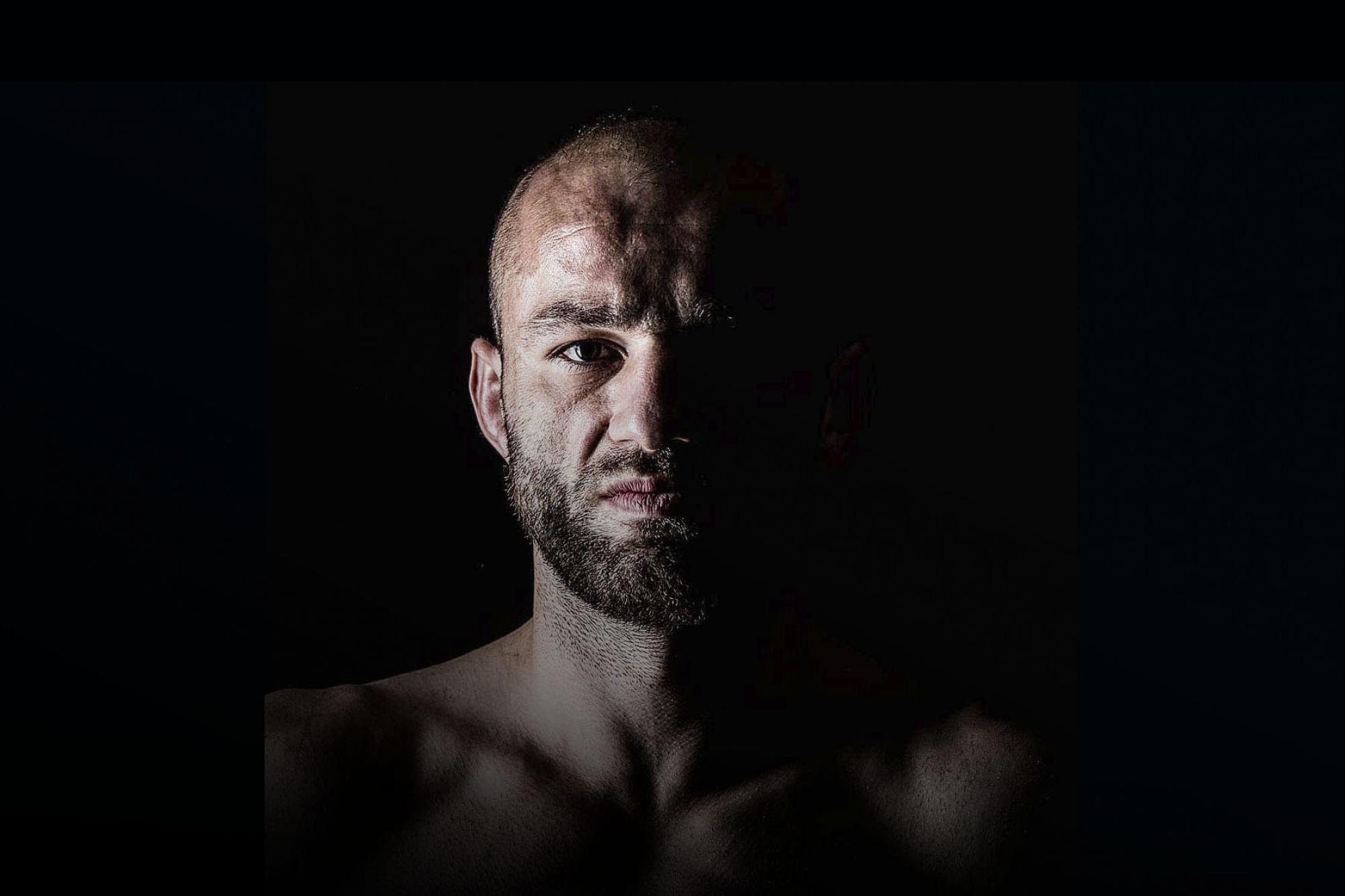 Alen Amedovski Is More Than A Knockout Artist

Alen Amedovski says to expect a "true martial artist, not a monster with heavy hands."
By Thomas Gerbasi • Apr. 16, 2019

Born in Macedonia and now calling Italy home, Alen Amedovski will be a dangerous man come Saturday night, as he will have two countries in his corner cheering him on when he makes his UFC debut against Krzysztof Jotko.

“It's a positive pressure,” said Amedovski. “I know that many people will cheer for me and it gives me goosebumps, but in a positive way. I can feel the energy. I know that my family, my wife, my children, my friends and my teammates are with me, and it's great to have two great nations on my side. Of course, I have a fear of failing. I always have that fear, but I know that I will do my best and make them proud.” 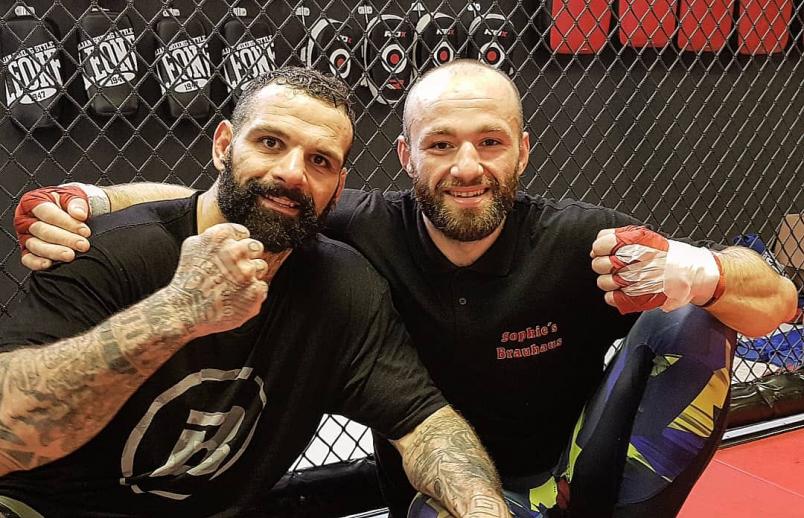 Amedovski’s rise to the UFC level has been a rapid one as far as the pro game goes, and that’s meant literally, as the 31-year-old has ended all eight bouts on his perfect record via knockout. Six of those wins have come in the first round, with four of them taking 40 seconds or less.

Yeah, Amedovski isn’t getting paid for overtime, but he also admits that he doesn’t necessarily go hunting for knockouts.

“I don't enter the Octagon thinking about the KO,” he said. “I enter the cage to fight, to do my best to show my abilities as a mixed martial artist. Of course, a lot of people know me for my eight knockouts in eight pro fights, but I'm more than that and I want to show it. I'm a striker, of course, but I can wrestle too and I can grapple. I'm a modern mixed martial artist.”

We do love knockouts, though, and Amedovski has been honing that part of his game with one of the most exciting strikers in the sport in former UFC standout Alessio Sakara. And while their initial meeting was by chance, the two hit it off and began working together under the American Top Team Rome banner. 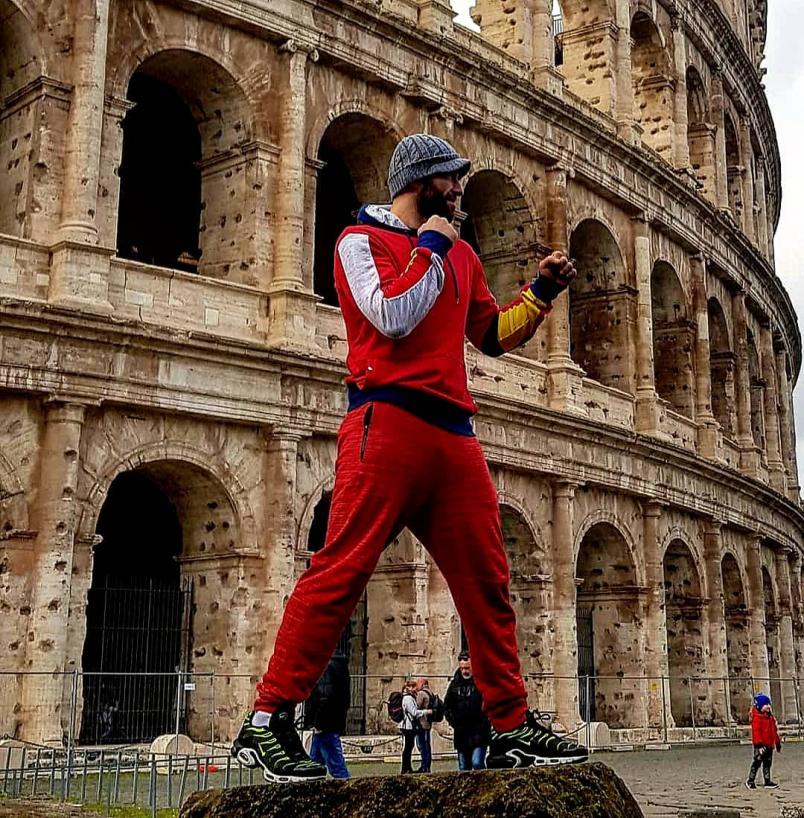 “Alessio Sakara was my idol when I started doing MMA,” said Amedovski. “I'm a striker too and he was a great source of inspiration for my early training in boxing. I was a huge fan of ‘Legionarius,’ as many Italians are, and last year, after my first win in Bellator, I finally met him at a photo shoot for a sports catalog and he was very humble with me, just a great human being. Now we are training together and he is coaching me too, along with our head coach Massimo Farina. I'm very lucky because I'm now friends with my idol and he's teaching me a lot of technical tricks for my next fights.”

Sakara has also given Amedovski some helpful hints for dealing with life in the Octagon.

“He gave me a lot of advice. The first thing is to be myself, to believe in myself, to be humble, to be an athlete and to live my dream.”

The enthusiasm level of the 31-year-old is proof that he is living his dream right now, even if he didn’t initially believe he was going to be a part of the UFC roster when notified by manager Alex Dandi of the offer from the promotion.

“Alex, my manager, sent me a message with the great news,” Amedovski recalled. “He wrote, ‘I talked with UFC...you are in if you want to sign the agreement.’ I was thinking it was a joke; it took a few days for me to believe him. (Laughs) When I finally saw the agreement, I was the happiest man in the world. So it was a surprise, but it was always my dream since day one. It's a great honor to be on the UFC roster and to prove myself with the greatest fighters in the world.”

Amedovski is excited and happy about his debut, he’s got two nations behind him, and one of his fighting heroes in his corner. It’s all good news for the family man from Rome. But then again, he is going from the regional circuit to fighting the terrors the UFC’s middleweight division has to offer. That’s got to be scary, but Amedovski is up for the challenge and finding out where he stands at 185 pounds. 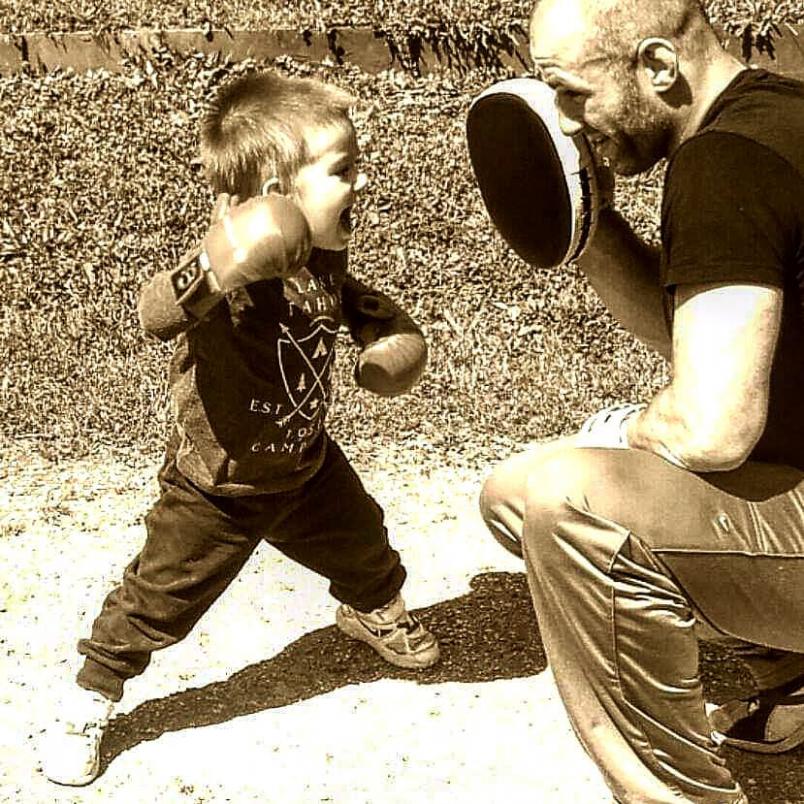 “The UFC middleweight division is full of great fighters,” he said. “I have great respect for everyone on the roster, and the division is stacked with huge names and talents. I can't wait to fight with the best of them. And I don't know where I am (in the division), but I want to discover it very soon. I believe in myself and I want to test myself against the best martial artists in the division. I know that I never fought against this level of competition before, but I can't wait to start my run in the UFC and I want to enjoy the full experience. The first step is my upcoming fight with Krzysztof Jotko and it's a great honor to fight against him. I'm very respectful of his accomplishments in UFC, I know he was in the top 15 before and I respect him a lot. I know he's very tough and I will do my best to share the Octagon with him in a proper martial way.”

It’s hard not to like Amedovski, making his debut one of the most highly anticipated on a card filled with UFC newcomers. So how does he steal the show in Saint Petersburg? He just wants to be himself.

“My record says 8-0 with eight knockouts so many are expecting another KO victory, but in reality they can expect a true martial artist, not a monster with heavy hands,” Amedovski said. “I'm conscious of my knockout power, but I don't want to overestimate it. To be honest with you, sometimes I don't know what to expect when the door of the Octagon is closed. When the door is closed and I fight, I become a different person. Then, when the fight is over, win or lose, I'm the same Alen as usual. Outside of the Octagon I'm a family man. I have two kids and a wife, and I'm doing MMA because I love this sport but also to provide for my family and to be a good example as a human being.”