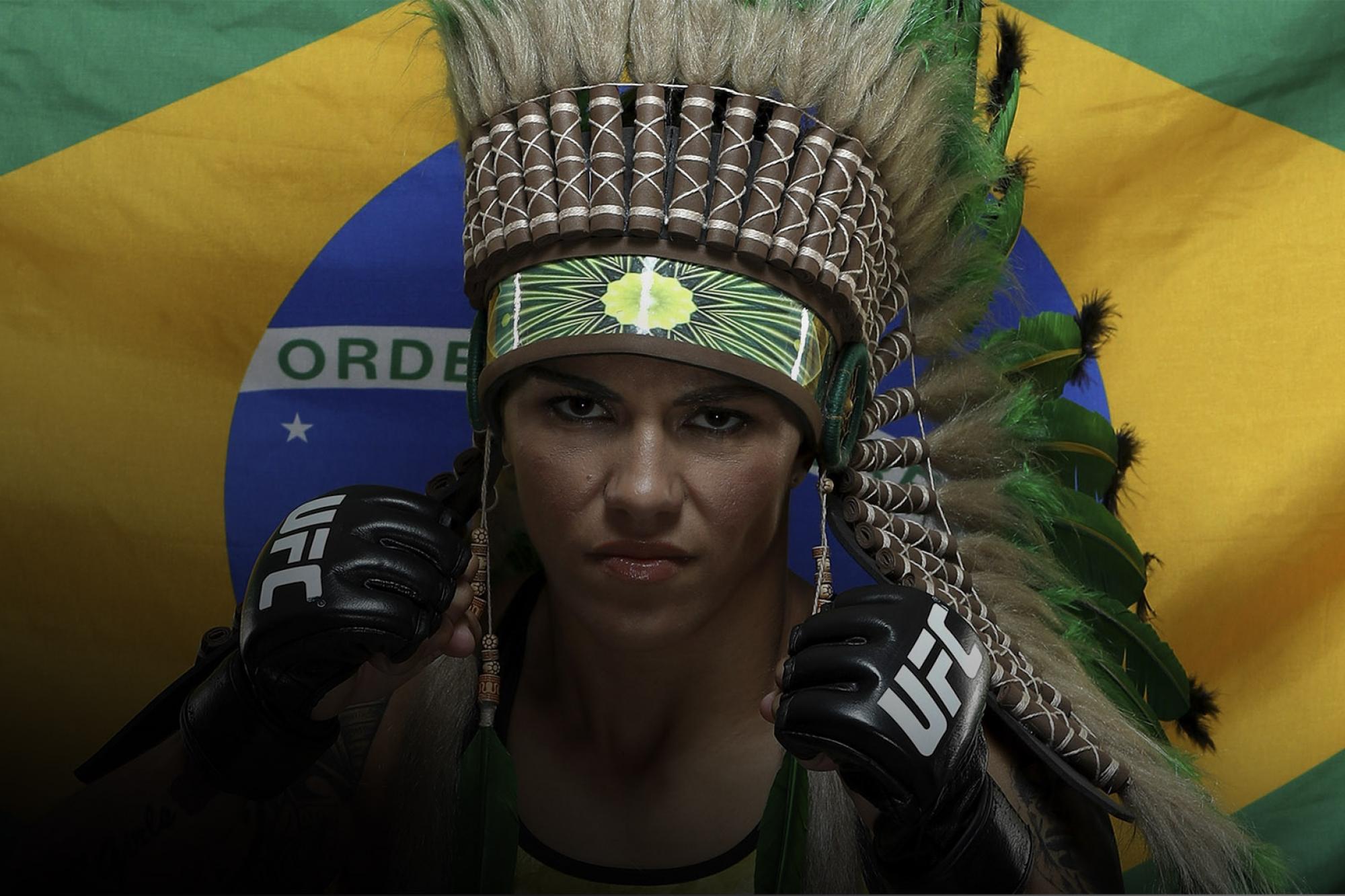 Brazilian Will Try To Forget She's Champion For One Night To Keep Her Edge
By Thomas Gerbasi • Aug. 29, 2019

Jessica Andrade is fond of fighting like she’s double-parked every time she’s in the Octagon, but before her second world title shot, her coach Gilliard Parana’s instructions were crystal clear.

Few expected Namajunas to look as dominant as she did in the first round in Rio de Janeiro, though. Nearly ending the fight by submission, the ground game was the least of the problems faced by Andrade, who quickly fell behind in the standup game as well.

As the horn sounded to end the opening frame, it could have been a flashback for Andrade to her one-sided decision loss to then-champion Joanna Jedrzejczyk two years earlier and the gateway to another costly defeat. But instead, Andrade stayed the course, listened to her coach, and looked at round two as a fresh start.

Watch Jessica defend her title Saturday with your ESPN+ Subscription

And as she attempted to get Namajunas to the canvas, she knew the end was moments away.

“That takedown was different from the other ones,” Andrade recalled. “I did a double in the other ones. In that one I did a single leg with the head inside, so when I lifted her I was sure she was going to fall on her face. And that’s what happened. She fell on her face and the fight ended right away.”

The slam heard ‘round the world ended Namajunas’ reign at 2:58 of the second round, and now the crown rested securely on the head of the 27-year-old “Bate Estaca,” who rapidly became the toast of the town back home in Brazil.

“This belt has changed a lot of things,” said the strawweight champion. “I can’t walk on the streets anymore. It’s really hard. People recognize me everywhere I go. They ask to take pictures with me. I really like it. Sometimes I’m eating and people come up to me and say, ‘I’m sorry to disturb you, Jessica. I know you’re eating, but can I take a picture with you?’ And it’s fine. I get up while I’m still eating and I take the picture. So a lot of things have changed. Financially, things have changed a lot. I also think the way the UFC see me has changed a lot.”

Some things haven’t changed, though. Andrade has always been a have gloves, will travel kind of fighter, so when the UFC asked her about defending her title for the first time in Shenzhen, China against Chinese star Zhang Weili, Andrade was all-in.

“Nobody wanted to fight her; she’s a really tough opponent,” Andrade said of her challenger, who brings a 19-fight winning streak into Saturday’s main event. “Her striking is good, her jiu-jitsu is good, so it’s really hard to set a game plan for this kind of fight. You can focus on her strength and on her weakness and try to set a plan, but anything can happen in there. You can be striking with her and she might try to take you down. I can try to take her down and she might defend it and continue striking. So it’s really hard to analyze a fight like this and say who is going to win or what’s going to happen. I know I’m going to do my best there. I’m going to move forward on the feet and on the ground. But she’s a really tough girl and I’ll be expecting everything.”

That’s a solid plan, but it may be safe to say that Andrade has seen it all since her UFC debut in 2013. Since that first trip to the Octagon against Liz Carmouche, she’s fought a Who’s Who at both 135 and 115 pounds, including Raquel Pennington, Marion Reneau, Joanne Calderwood, Jedrzejczyk, Claudia Gadelha, Tecia Torres, Karolina Kowalkiewicz and Namajunas. That’s an exhaustive list of killers, and it’s made Andrade a killer in her own right.

But she didn’t hit her stride until she dropped 20 pounds to debut at strawweight in 2016. At 115 pounds, Andrade is 7-1 with four finishes, and she’s looked like a different fighter. 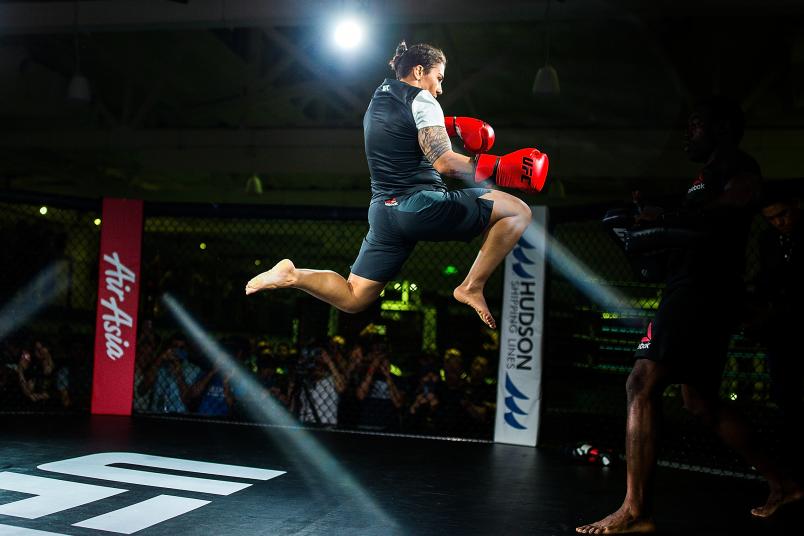 “I really felt the difference,” she said. “I used to feel really weak in the beginning of the (weight cutting) process (at bantamweight). I didn’t feel that my punches had power. I didn’t have strength to do the exercises. I didn’t have strength on the ground. So I didn’t think I was going to have the strength and the energy I needed. I used to feel really weak. And I always used to train in sweatpants and a sweatshirt, so it was even harder to do it. I used to feel really tired. I thought it wasn’t going to work. But when I made weight, after I ate, got rehydrated and got back to my regular weight, and when I went to fight and saw I was fast as lightning, hitting hard and with a lot of energy, I was like, ‘Damn, I’m in the right division.’ I had never KO’d anybody, while at 115 pounds I’ve already finished people. Most of my fights don’t last three rounds anymore. So I really found my home in this division. The strawweight division is my division.”

It’s a division she has the potential to rule for a long time. But it all begins with Saturday night and a fight Andrade is entering with a challenger’s mindset.

“In my mind, she’s the champion and I’m going there to get the belt,” she said. “I’m not thinking I’m the champion. I have to go there and get it. I have to do my best there to try to remain champion. And that’s the mindset I should have.”