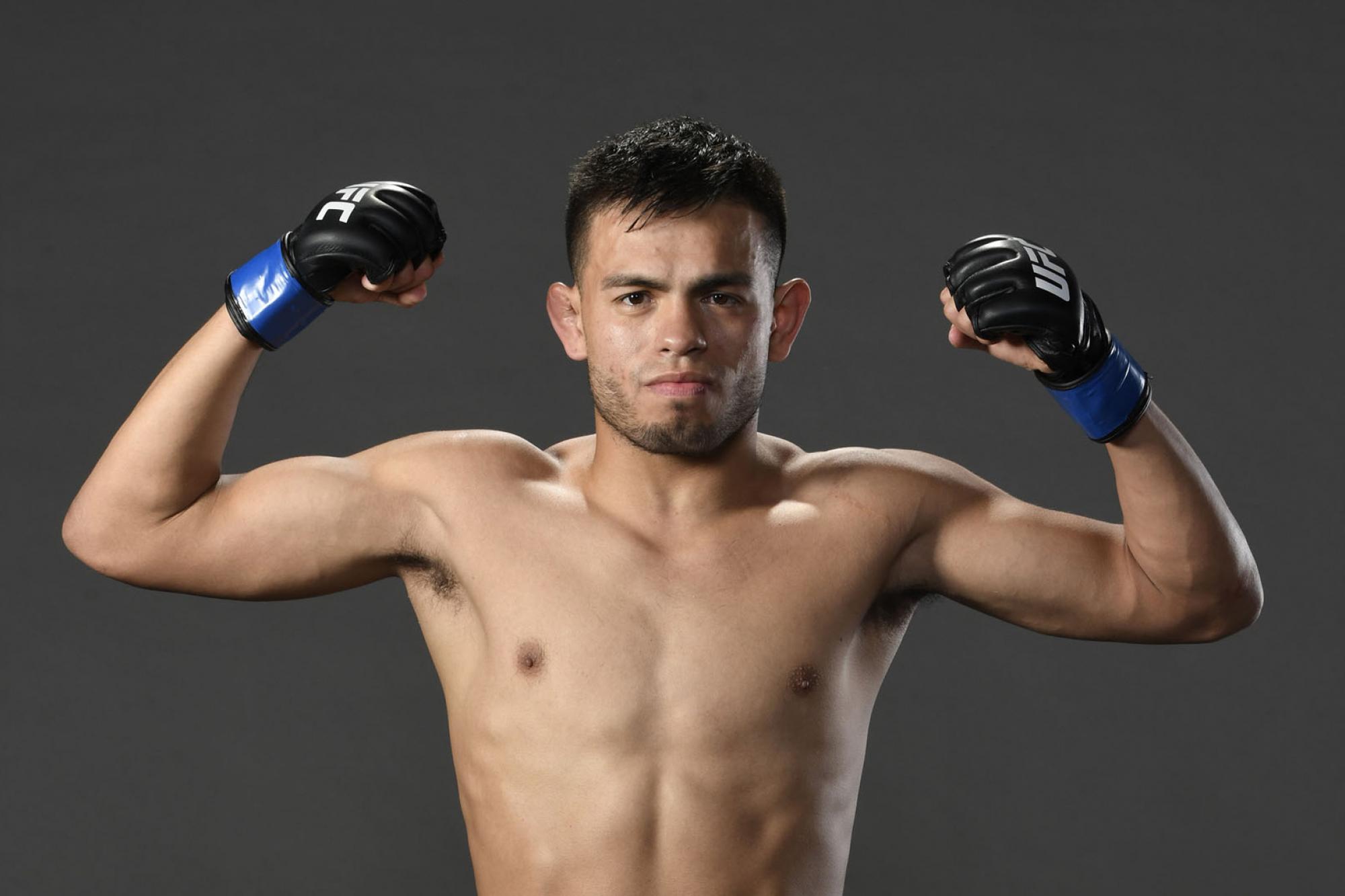 Brandon Royval's Dreams Right In Front Of Him

It was a second-round submission victory in his UFC debut over a ranked opponent that earned Fight of the Night honors on a stacked card. And nearly four months later, Brandon Royval still has audible disgust in his voice when he remembers it.

“For me, it was a lot of weathering the storm. When you have a lot of that, you can’t really show off your fighting ability, you’re kind of just weathering his fighting abilities,” he says of his raucous tilt with Tim Elliott last May.  “I don’t want that as a UFC debut. I want to go out there and show what I can do and show the world what kind of fighter I am. I don’t think anybody really got a glimpse of that.”

How To Order UFC 253 In Your Country

UFC President Dana White and the matchmakers obviously caught a glimpse of something, however. The Colorado fighter is now hours away from a sophomore bout on the main card of one of the biggest pay-per-views of the year, UFC 253, in the promotion’s return to Fight Island.

“Adesanya vs Costa…I’m going to be on that card,” he exclaims, the disgust quickly giving way to childlike glee. “Three, maybe four months ago, I was working a crazy amount of shifts, I was working overnights and then training full-time and sleeping two hours a day and now I’m waking up and preparing for a pay-per-view fight. I just wake up excited about life.” 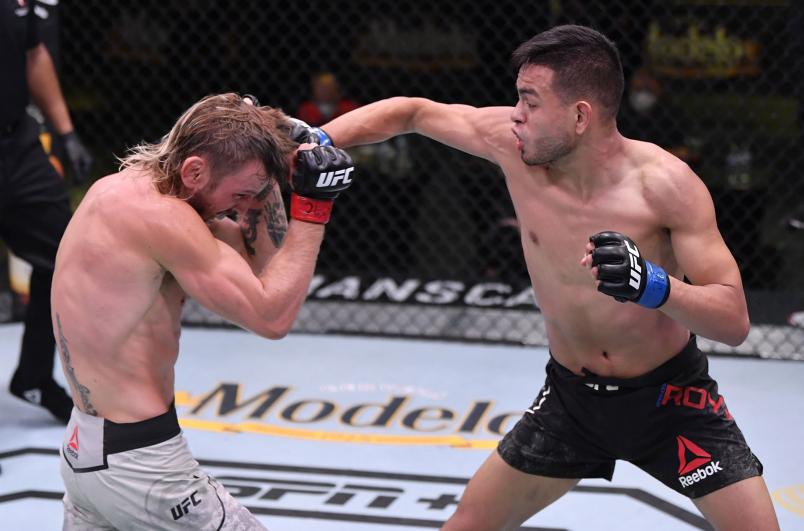 Royval punches Tim Elliott in their flyweight fight during the UFC Fight Night event at UFC APEX on May 30, 2020 in Las Vegas, Nevada. (Photo by Jeff Bottari/Zuffa LLC)

The bonus money earned from his debut allowed him to leave his day job to pursue his passion, the peak of the American Dream.

“It’s not like I’m living a fancy life or anything,” he laughs. “I’m not one of these dudes waking up in silky sheets in a nice house. I’m waking up and hoping my car didn’t get broken into the night before. I’ve got to get out of this.”

Nonetheless, it has been a lifestyle change, one he doesn’t take for granted.

“It’s super surreal to me. I wake up in the morning and I’m like ‘Dang, all I have to do is go to practice right now. All I have to do is achieve my goals and dreams.’ I literally wake up and do exactly what I want to do. I get to go out there and chase a dream. MMA is my full-time job. I wake up and my dreams are right in front of me, man. I get to go chase it. I wake up so grateful. I can’t help but think that without the pandemic, maybe this opportunity wouldn’t be in front of me.”

The state of MMA in the current pandemic has surely opened doors and created opportunities for a number of fighters, but it’s not a leap to say this opportunity would have found Royval sooner or later. A dominant flyweight champion in the LFA promotion, one need only look to “Raw Dawg”’s second UFC opponent to see the confidence the brass has in his potential.

“I’m fighting Kai Kara-France, who has a bomb of a right hand. If that doesn’t get you out of bed, the No. 7 spot in the world, what will? I haven’t done anything in my career yet. That’s what this is all about; earning my keep as a UFC fighter and just showing that I belong here and showing my worth out here. I deserve to be here and I’m getting better and making these improvements.”

Royval frequently treads the line between humble modesty and harsh self-critique. As one of the “OGs” of Marc Montoya’s early tutelage, he ties a ton of his work ethic, development and hunger to the Factory X guru. 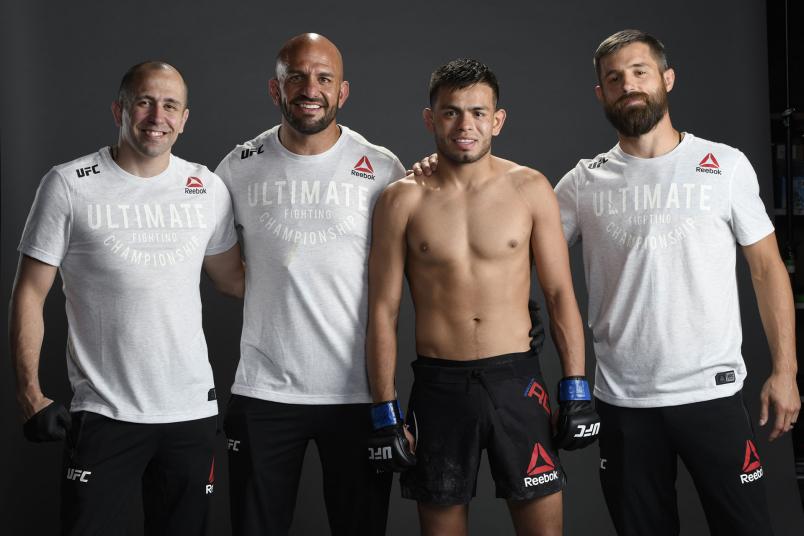 “Not only did I grow up literally with him, but I’ve watched him become a world-class coach. It’s one thing as a fighter to stay hungry, but it’s a whole other thing as a coach to stay hungry. I’ve watched him turn that gym from eight fighters into a world-renowned gym. Now, every day you don’t know who is walking in. Studs not only coming in and training with us, but studs coming in and trying to audition, trying to be part of our team and to see if it’s a good fit. So it’s like we’ve all grown up in the sport together, we’ve all progressed together. We started off in the Stone Age, a little bit rough, but we developed with this sport, especially him. The sport is progressing and so is he. He stays hungry and he stays a student of the game. Not only does it push us to stay hungry, but it keeps us ahead of the game and ahead of the curve.”

Ahead of the curve is perhaps the sweetest spot to be in a division that has the most volatility and the most potential for seismic changes in short periods of time.

“The flyweight division is up for grabs right now. I know we have a champion, but I think anyone could be champion at this point. There’s four or five people knocking at that door that could be champion within the next few months. If Cody Garbrandt doesn’t make it to the title shot or something happens, there’s guys ready to step in left and right. I’m not resting on my laurels at all with this, man. I wake up hungry, let’s go grab it.”