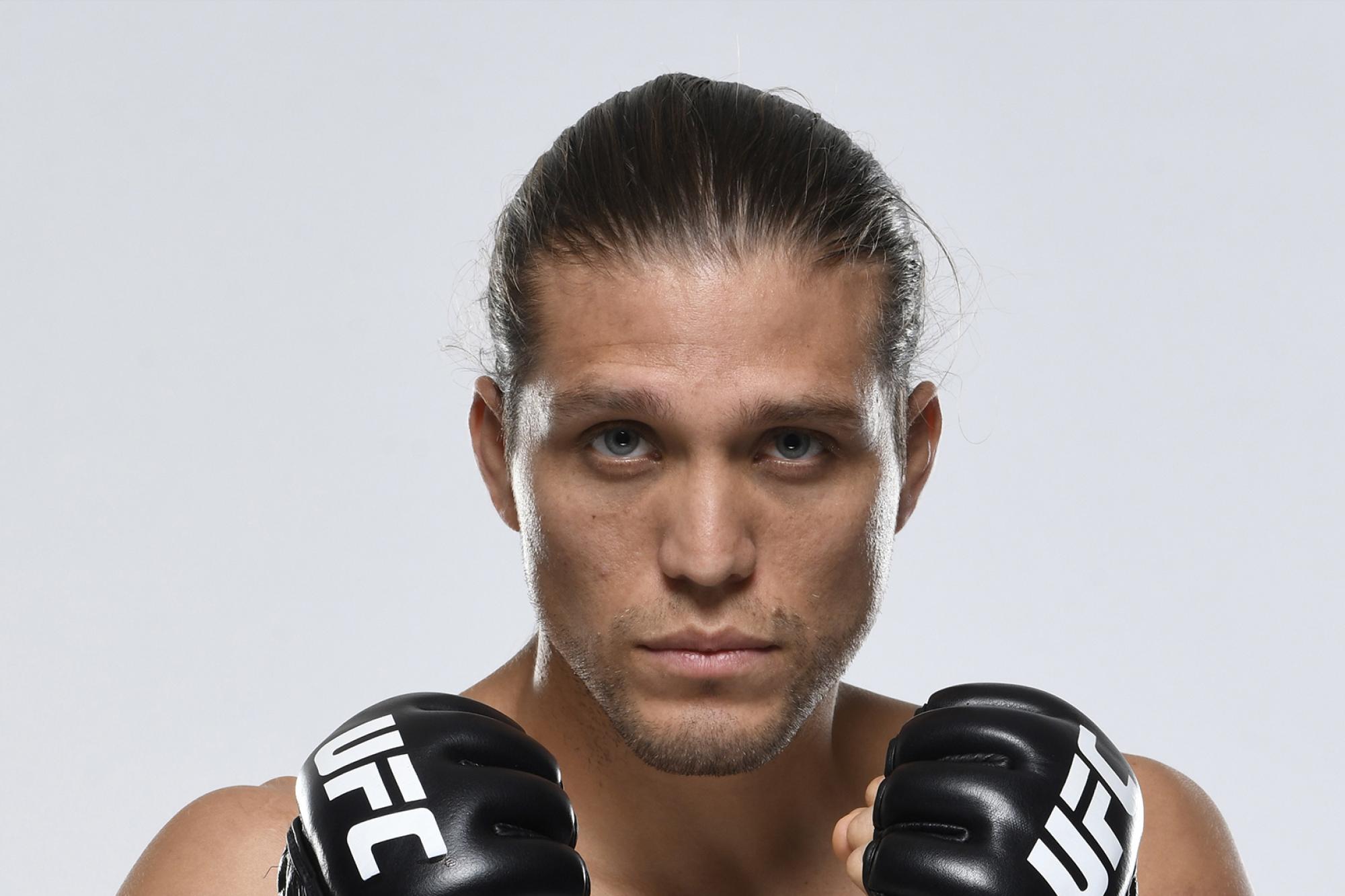 Brian Ortega's loss to Max Holloway changed everything for the featherweight contender, and after nearly two years away from the Octagon, he's ready to overcome adversity yet again.
By E. Spencer Kyte, on Twitter @SpencerKyte • Oct. 16, 2020

Brian Ortega knew he needed to fix things within his camp following his come-from-behind stoppage win over Renato Moicano, but his requests were met with a familiar refrain: if it ain’t broke, don’t fix it.

To that point, Ortega was unbeaten; a rising star in the UFC featherweight division on a four-fight winning streak where each victory came inside the distance. His next two fights produced two more victories, two more finishes, and three post-fight bonuses while putting him in a position to challenge Max Holloway for the featherweight title.

A summer date was scuttled during fight week, shifting the highly anticipated contest to early December. Despite being the challenger, Ortega entered as the betting favorite, having rattled off six consecutive stoppage victories, each one against a more established, more respected foe than the last.

The technical differences between the two was apparent early and as the minutes ticked off the clock and the rounds piled up, so too did the damage Ortega incurred. In between the fourth and fifth rounds, the ringside physician called a halt to the bout, deeming the battered, bloodied challenger sporting a broken nose and jacked up thumb too beaten up to continue.

His first professional loss became a catalyst for changes on all fronts, and as he readies to return this weekend in a highly anticipated clash with “The Korean Zombie,” Chan Sung Jung on Saturday evening, the 29-year-old Los Angeles native is eager to begin the next chapter of his career.

“I feel like Chapters 1-5 are done and we’re on to six, seven, eight, nine, ten,” said Ortega, who completely revamped his team, save for Rener Gracie, his long-time jiu jitsu coach. “The difference is there is less pressure, there are less negative voices wearing me down, and there are more pieces of the puzzle that I finally see in the game that I didn’t see before.

“People think, ‘Oh, he lost one time and now he found a new team,’ but there were issues going on before with the team that I will never speak on because I’m not a snitch, that’s not my style. There were relationships that finally had to break and go away in order for me to evolve into the next version of myself, which is ultimately what I was wanting.

“I paid a heartbreak price because I lost people that I was close to for 10 years.”

Those people helped shape, nurture, and guide a blue-eyed kid with big dreams, incalculable toughness, and indelible grit through the ranks as he worked his way from the California regional scene to the UFC in four years without incurring a setback.

They were by his side and in his corner as he worked his way from debuting on the prelims to headlining a Fight Night event against veteran Cub Swanson and onto challenging for the title in the main event of a pay-per-view. But things were breaking down along the way, and as his desire to make changes continued to be brushed aside as a result of his success, Ortega’s passion for the sport waned.

Just as he didn’t recognize the need for changes all at once, his passion didn’t fade in a single instance either. In both cases, things snowballed, slowing growing as Ortega continued moving from fight-to-fight, victory-to-victory, finish-to-finish, the pressure to perform, to represent himself, his team, and his community increasing with each subsequent step up the competitive ladder.

What started out as a pure love affair had become a dysfunctional relationship, and Ortega used his loss to Holloway as an opportunity to hit the reset button on everything. 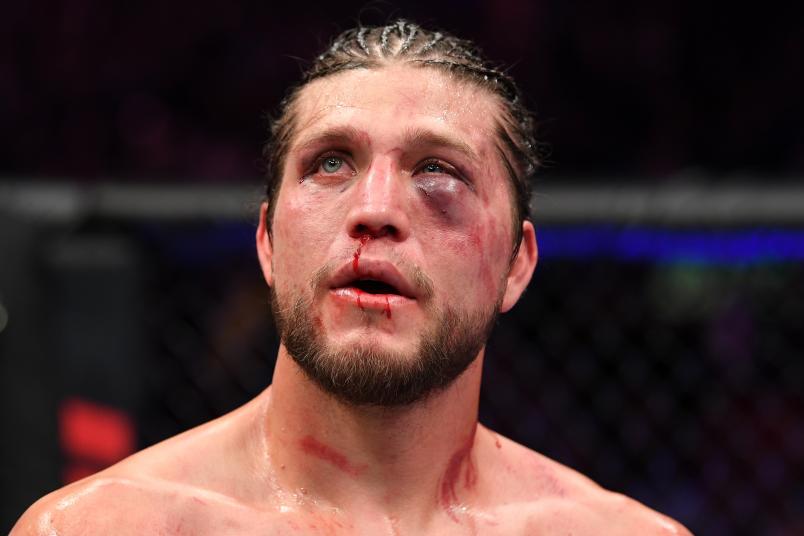 Brian Ortega reacts to his doctor stoppage loss to Max Holloway in their UFC featherweight championship fight during the UFC 231 event at Scotiabank Arena on December 8, 2018 in Toronto, Canada. (Photo by Josh Hedges/Zuffa LLC via Getty Images)

“I’ll be honest with you: going from fight-to-fight and interview-to-interview, I slowly, but surely got sucked into this world where I was making a name for myself, and I confused that with success and dove in fully,” admitted the thoughtful contender. “It takes something like that last fight to snap you out and then you’re like, ‘Holy s**t. Where have I been? I forgot what I was doing this for was the love of martial arts and the love of fighting.’

Fans and observers often balk at statements like that, wondering how someone who plays a sport or pursues an endeavor they would love to call their profession could grow weary, but the flip side of that equation is that no matter how cool or impressive the venture, anything can turn into “a job” under the right mix of unsatisfying, frustrating conditions.

Ortega likens it to a relationship, suggesting that anyone who doesn’t understand has never been in a real relationship.

“If you’re in a relationship, you know exactly what I’m talking about,” he began with a laugh. “The last two years were the moments where you sleep on the couch for a while before you go back to the bedroom.

“I found my butterflies again.”

His journey back to the Octagon hasn’t just been about rebuilding his team, though, as a big part of Ortega’s near-two-year odyssey between losing to Holloway at UFC 231 and facing Jung this weekend in Abu Dhabi has been about growing as a person, not only as a fighter.

In addition to needing to start from scratch with a new team, his first professional setback also illuminated the need to shift the way he allowed external factors impact his mood, which in turn impacted his abilities in the gym.

“Not only did I lose my fight, I broke everything, and now with MMA fans,” he began, his voice trailing off as he searched for the best way to describe the fickle fanbase. “They’re not like other fans; they’re kind of brutal in my opinion.

“Look at the Raiders: they’ve had the same diehard fans for oh my God; they have loyal fans. I feel like we’re the opposite. They have 80/20 where 80 percent stay with them and 20 percent bounce around and bandwagon, and we have 20 percent who are diehards and they’re with you to the end — and believe me, I’m thankful for those — and then you have 80 percent who are like, ‘We love you!’ and then you lose and it’s, “We love him!’

“I saw people say, ‘Team Brian!’ and then I lost and they said, ‘Team Holloway!’ and now they’re Team Volkanovski,” he continued, laughing at the absurd reality. “These guys have no ****ing loyalty.

“They’re team belt, but that’s something I had to learn about the game because I had been getting love my whole career.” 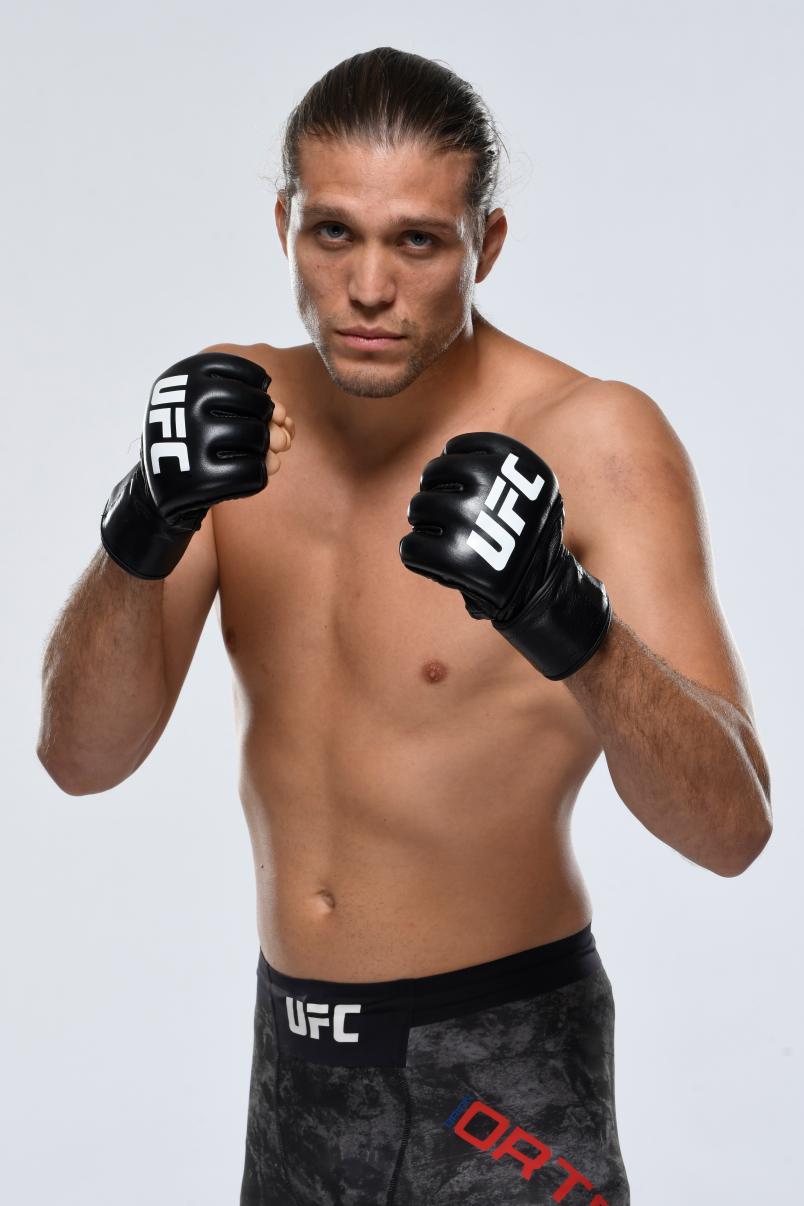 As much as some people will dismiss his situation as “par for the course” for a public figure and something that shouldn’t impact him, the onslaught of online attention and the weight those interactions carry has been proven to have significant effects of everyone, including athletes and celebrities.

And while some are able to simply turn off their notifications and ignore their mentions, others need time to learn how to properly navigate those waters and distance themselves from the innumerable voices that only seem to offer words that cause damage and a drag them down.

Such was the case for Ortega, and it has been a crucial piece in getting him to this next phase of his career.

“It is super-important,” he said flatly, acknowledging how one piece fits with the other to build a complete puzzle. “This level of clarity and understanding with everything makes me take it less personally, which means my mind is less affected by the business and personal relationships or fans trying to get on my nerves.

“For me, it’s like, ‘Don’t let it consume you.’ It sounds so cheesy because you hear it all the time, but it’s legit an art that you have to master to let things hit you and bounce off without taking an affect.

“With that peace, you are able to focus more, you’re able to do your work in a much calmer, relaxed state and then you can just start hacking away at all your imperfections in the art, whether it’s wrestling or this and that.”

That’s the approach he’s been taking these last several months as he’s ramped up camp and readied himself to step into the cage for the first time in 679 days on Saturday evening in Abu Dhabi.

And from within that happiness and peace, a new man has emerged.

No longer weighed down by the pressure of perfection and battling personal and professional unhappiness, Ortega is now simply focused on the process, which has rekindled his love for the sport and the arts within it.

He’s traded his Jack in the Box diet for improved nutrition and getting by on toughness and grit for working with coaches like Dr. Andy Galpin, who has helped Ortega grow from a fighter to an athlete who competes inside the UFC Octagon.

“I’m constantly breaking PRs because I’ve never done this,” he said of the impact the changes have had on his performance in training exercises and conditioning drills.

“In a game of inches, we want the most and in this game, every ****ing inch counts,” he said, continuing his thought. “If you can gain three, four, five, 20 percent more athleticism and bring that in with you, mix it in well with everything else, you’re going to fight better than you have before. It’s the same with your strength and your technique as well.

“Right now, I’m trying to gain all the inches and enjoying this. I could lose all these fights coming up, but with what I have now with this team and how we operate, I feel happy and it’s great to be able to say that.”

The old version of Brian Ortega was a dynamic fighter, one who scaled the featherweight mountain and ended up just short of the summit.

Now, having broken things down and built them anew, the older, wiser version is poised to return to the cage, once again deeply in love with the sport and eager to get step back into the Octagon and do what he loves for the first time in far too long.