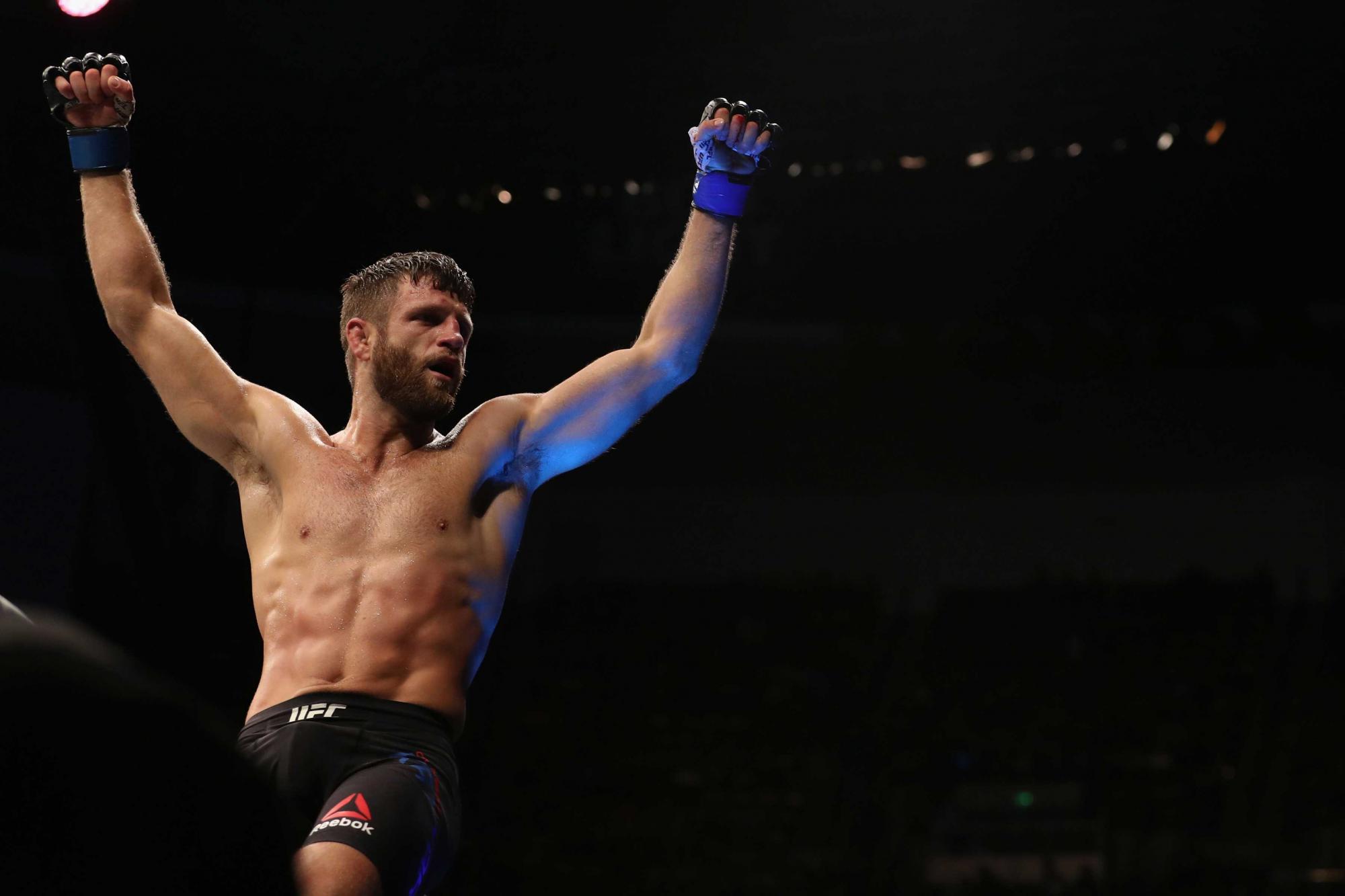 Featherweight looking to bring a belt home to Boston above all else.
By Zac Pacleb, on Twitter @ZacPacleb • May. 6, 2020

As the status of UFC 249 floated through between on-schedule, to postponed, to rescheduled to May 9 amidst the coronavirus pandemic, Calvin Kattar and I hopped on the phone to talk through each stage of the event’s development toward its eventual, locked-in date of this Saturday night, when Kattar takes on Jeremy Stephens

The sports world, as a whole, has gone through a cycle of postponements and hopeful restart dates, and in light of that, the opening question to the third phone call with the Massachusetts native was obvious: How did he feel about Rob Gronkowski unretiring to join his fellow former New England Patriot Tom Brady in Tampa Bay?

“F*** (laughing), I mean I’m happy for Brady, you know?” Kattar told UFC.com. “At least he’s got his boy back. That’s nice. But I feel bad for Edelman and the rest of the Patriots over here.”

While Kattar understandably hurt for his favorite NFL team, he didn’t throw any pity parties when UFC 249 got postponed in April. Even though he said it felt like reaching the end of the race without getting to “cross the finish line,” Kattar got right back to training the next day.

“I think it sets the tone and you’ve got to create that type of culture,” Kattar said. “The hard work, you can’t just talk about it when things are good. You got to put in the work when s**t hits the fan, and double-down on the principles that you stick by, and so I think it was important to get a strong workout in the next day, and keep things moving forward.”

He added that the extra time allowed for space to make mental gains, and he has taken to focusing on learning from the processes of other great athletes such as Michael Jordan and Kobe Bryant and their trainer Tim Grover.

Order UFC 249 For Any Device

Before making it to the big show, Kattar admitted he didn’t love fighting around the holidays because of the extra distractions that the season might bring. He changed his tune about the idea, though, saying his self-discipline makes it easier for him to maintain his good habits while his opponent might not. That mentality translated well to the current circumstances, as well.

“Maybe the distractions, sometimes, are a chance to gain a competitive advantage because I know my mentality is rock solid,” Kattar said. “Maybe theirs isn’t. For me, it’s never questioning my mentality or my focus, but maybe it’s an opportunity for them to let down theirs.”

Six fights into his UFC career, Kattar continues to look like a real, menacing problem in the talent-rich featherweight division, and he’s done so by taking on the toughest opponents available, from his promotional debut against Andre Fili to Ricardo Lamas in Lamas’ backyard.

Most recently, a chance to prove whether he could compete with the elite in the division came across the table in the form of Zabit Magomedsharipov. Circumstances were ideal, too. The fight was to take place in Kattar’s backyard, but an injury forced Magomedsharipov to pull out of the event, and the bout was rescheduled the following month in, of all places, Russia - Magomedsharipov’s home country.

Originally scheduled as the co-main event, the bout was upgraded to a three-round main event, and suddenly, Kattar found himself with a lot to win and very little to lose. However, Magomedsharipov poured it on early as the Russian’s length and unique attack took Kattar a bit of time to read. In the third round, though, Kattar pressed forward, finding his rhythm and plenty of success. It was too little, too late, but there was a creeping sense that Kattar might’ve found his way to the winner’s circle if he had a couple more rounds with which to work.

“As far as the moment, it wasn’t too big for me,” Kattar said. “I want to earn more big moment opportunities, but I know I gotta go out there and capitalize and deliver on those opportunities so I get them again.”

Although his matchup with Jeremy Stephens isn’t a main event, it is another chance to fight a high-quality roster mainstay and a veteran Kattar described as someone he knows will “show up to the dance.”

“I’m happy to have a dance partner willing to step in there with me through all the mess we’re going through, especially one with a higher ranking than mine,” he said. “It would make it that much sweeter to go and get the job done.”

In terms of preparing for a fight during a pandemic, Kattar is looking at the glass half-full. He said he’s enjoys having the gym to himself without the “extra fluff” of other people working out or training and joked that he’s been on his “Tony Ferguson s***.”

On top of that, Kattar isn’t having to worry too much about managing Combat Zone, New England’s longest-running mixed martial arts promotion, where Kattar has been CEO and President since 2013. Combat Zone was scheduled to have an event on April 10th until the pandemic put that on hold. With that perspective, Kattar is happy to just worry about his 15 (or fewer) minutes with Stephens.

“I know what (Dana White) is kind of going through with just the promoting side, so I don’t envy it in this situation specifically,” Kattar said. “It’s a lot bigger stakes at play being the biggest organization in the world, and it’s kind of nice to only have to focus on being a fighter this time around. Usually, I gotta wear both hats.”

Each time he dons the fighter cap, Kattar visibly improves. He’s hoping this next fight proves he is one of the top 10 featherweights in the world and secures another shot at the upper echelon of the division, eventually getting a chance to bring Boston (or “title town,” if you ask him) a UFC belt.

Kattar is also excited to bring some entertainment to a world at a bit of a standstill. Joking that he practiced social distancing well before government mandates, the 32-year-old and self-described optimist is hopeful that the current state of the world will lead to a society more appreciative of relationships and getting outside.

Don’t get it twisted, though. Kattar holds a championship mindset, and whether he is fighting in front of a hometown crowd, in enemy territory or an empty arena without fans, he thrives in the chaos. And if anyone knows anything about Jeremy Stephens, chaos often follows him when he walks into the Octagon.

“I’m staying laser-focused, especially with all these distractions around,” Kattar said. “All I can worry about and put my energy toward is what I can control, and that’s just each workout. I’m finding time to get it in.

“You can find time, or you can find excuses, and for me, I’m just making it happen.”