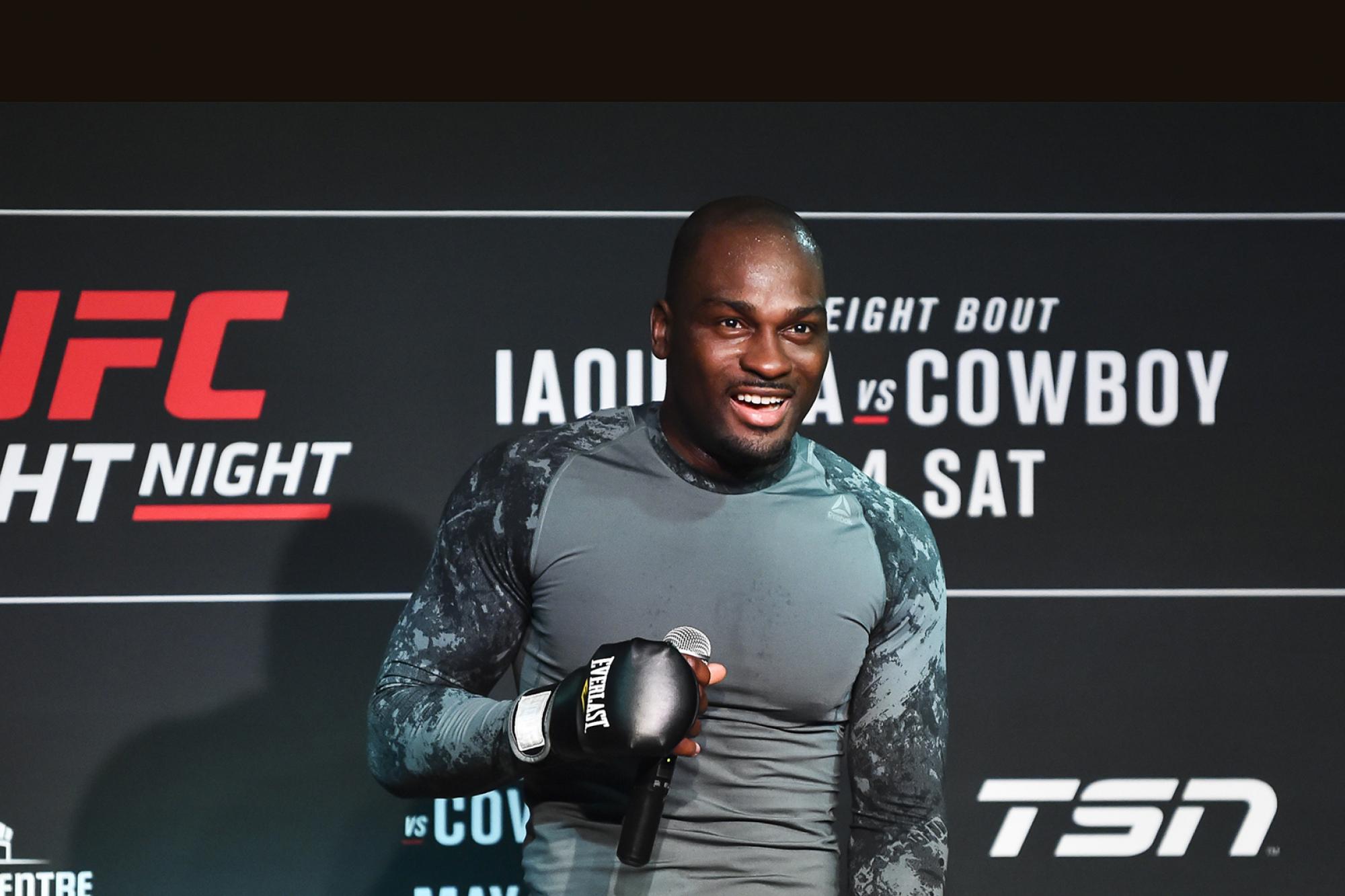 Derek Brunson Is Looking To Capture Momentum At UFC Ottawa

Brunson Believes That A Big Win Over Elias Theodorou Can Help Him Get Back In The Middleweight Mix
By Jon Gagnon • May. 2, 2019

If fighting styles determined results, there isn’t a bigger discrepancy on paper than the UFC Fight Night Ottawa matchup between middleweights Derek Brunson and Elias Theodorou.

Nine of Brunson’s past 10 fights haven’t gone past Round 1, while all seven of Theodorou’s previous fights have gone the three-round distance. Whichever style prevails Saturday will find themselves in the thick of what is arguably the UFC’s most prolific division.

Brunson enters UFC Ottawa the ninth-ranked middleweight despite dropping four of his last six. Two of those losses, however, have come at the hands of the current champ and interim champ (Robert Whittaker and Israel Adesanya).

Brunson brings explosiveness and true knockout power to each fight, which means he is a true threat anytime that Octagon door shuts. "The Mane Event" has never been finished in his professional career, that challenge not only excites Brunson, but he also knows that an emphatic win over Theodorou could catapult him right back up to the top of the crowded middleweight division.

“The division is crazy right now,” Brunson said. “We have a lot of talented guys and all the fights are delivering. There’s a lot of big fights at middleweight so we’re definitely the division to watch right now.”

Some forward momentum to climb back up the rankings is what Brunson is searching for Saturday.

UFC.com spoke with Brunson about how what he’ll have to do to get on the right path, and much more. 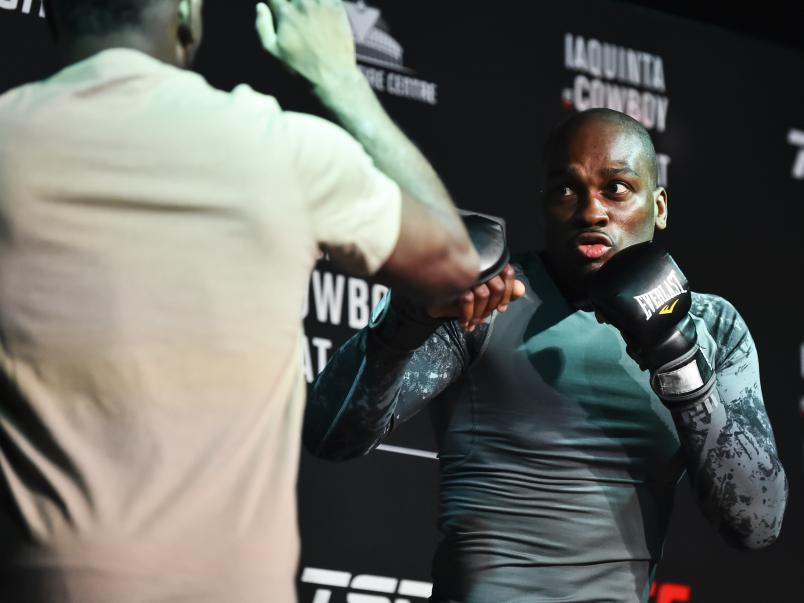 OTTAWA, ON - MAY 01: Derek Brunson performs an open workout for fans and media during the UFC Fight Night Open Workouts event at Barrymores Music Hall on May 1, 2019 in Ottawa, Ontario, Canada. (Photo by Minas Panagiotakis/Zuffa LLC/Zuffa LLC via Getty Im

UFC: You’ve been talking about how good your camp at Hard Knocks was for this fight on your social media. Was there anything in particular that felt different this time around?

Derek Brunson: Those guys like to push and it’s a good workout every training session. I haven’t had that in a couple years. So to get that kind of intensity every day was a good thing for me.

UFC: This is your first UFC fight in the ESPN era. What’s it like to turn on Sportscenter and see yourself and your fellow fighters?

DB: It feels good, ESPN is the biggest platform. I’ve been watching it since I was little and always wanting to be on ESPN. So to have the opportunity to be on a major network is a good thing for the sport and a good thing for myself.

UFC: What do you make of this particular matchup with Elias?

DB: Elias is a solid tough competitor, predominantly a striker. But I’ve seen him mix it up and so I wouldn’t point him at any one thing he does a lot. He takes his time, moves around, picks his shot. So I see myself matching up very well against his skillset.

UFC: How are you planning to slow his roll on Saturday?

DB: I have to go out here and be myself and take it to him. Show the growth and improvement in my martial arts skills and have a victory to get my hand raised.

UFC: With a win on Saturday, what’s the next step in your path towards the title?

DB: A win on Saturday will put me back on positive note and get that forward momentum back. Puts me on the right path to keep getting those big fights.