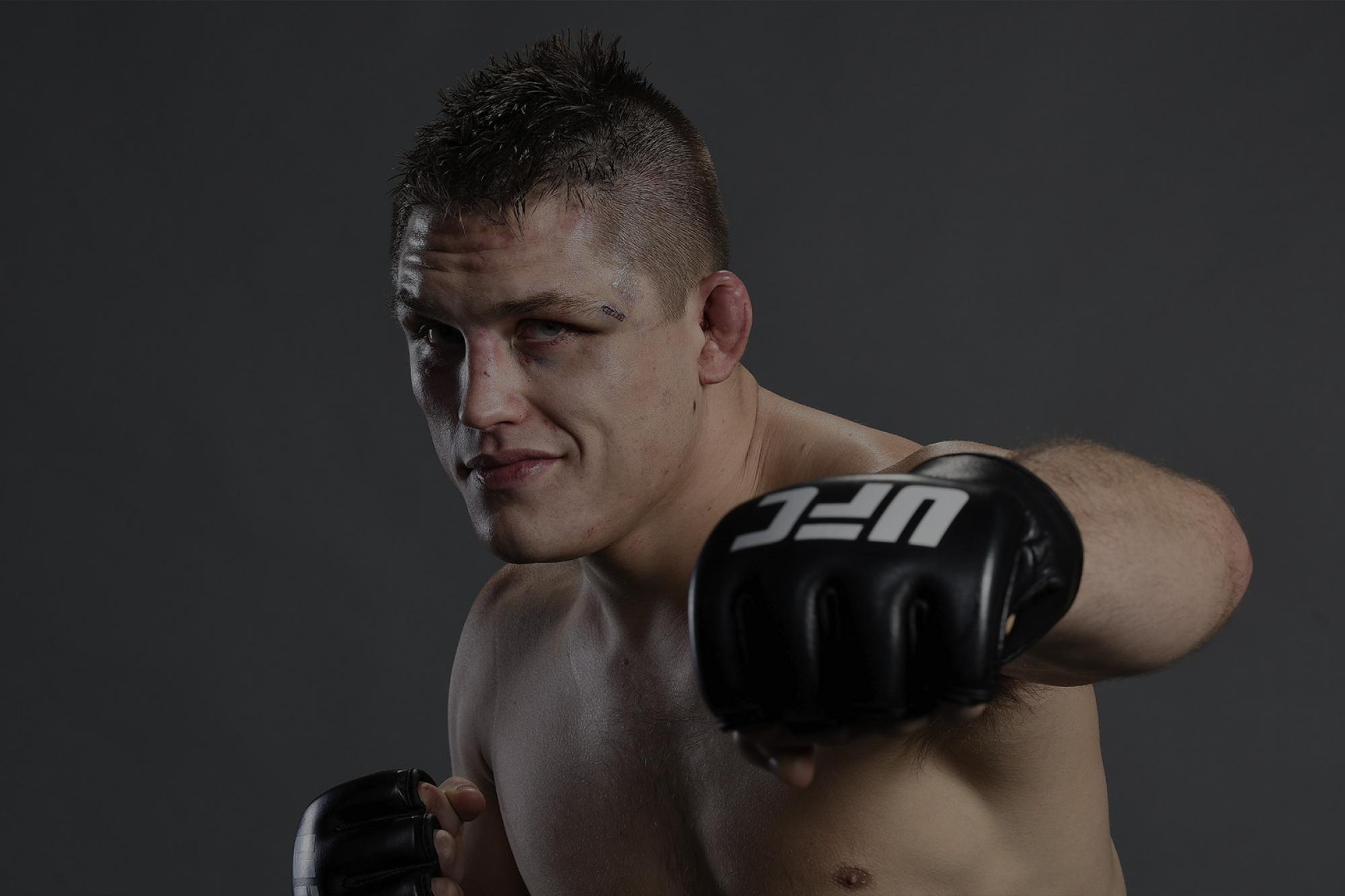 “I pride myself on being a very theatrical fighter,” Dober said. “So I’ll sweat, bleed and cry and put everything out there for the audience. I love the idea of having fantastic fights, a legacy of amazing fights for the audience.”
By Gavin Porter • Mar. 7, 2019

Earning a reputation as an exciting fighter is a goal that many fighters set out to accomplish. Whether it’s crazy knockouts, stunning submissions or gritty performances, fight fans gravitate toward these type of athletes.

Drew Dober prides himself on being one of those guys.

“I pride myself on being a very theatrical fighter,” Dober said. “So I’ll sweat, bleed and cry and put everything out there for the audience. I love the idea of having fantastic fights, a legacy of amazing fights for the audience.”

The striker from Nebraska brings energy and a deep gas tank each time he steps into the Octagon. Dober has put together a three fight win-streak with dominate performances against Jon Tuck, Frank Camacho and Josh Burkman. That’s a tough task in the talent rich lightweight division.

What’s also impressive is that Dober’s wins have come by forcing his opponents to fight his type of fight.

“A fight for me is you stand and trade, play punch-face for fifteen minutes and there’s possibly a knockout somewhere in there,” Dober said. “I’ll bring more and more excitement as the fight goes on. I have more heart and I’m more durable than these guys. You can’t put me away.”

On Saturday Dober will take on Beneil Dariush, who is fresh off a victory over Thiago Moises in November. Dober believes that Dariush’s style presents unique challenges but will bring out the best of him once that Octagon door closes. He’s also admittedly a fan of Dariush.

“He’s good all over the place. He’s super technical and super composed,” Dober said. “Even before this fight was announced I was a huge fan of him and his skill-set. On paper he is a black belt in jiu jitsu, from what I’ve seen in videos he has flexible hips. He can take the fight kind of wherever he feels comfortable and his stand-up is crafty.”

With all that being said, Dober is confident that he has the tools in the toolbox to take care of Dariush on Saturday.

“I think that my durability, my skill-set and my excitement will overwhelm him,” Dober said. “My movement, my timing and of course, just not letting him get comfortable. Wherever he wants to take the fight, I will refuse to go there. I’m ok wherever the fight takes place so my goal is to put a smile on my face and make his life uncomfortable. Eventually he is going to give me the finish.”

Dober has shown flashes of his skill-set throughout his UFC career, adding wins by submission and by knockout to his resume. His heavy hands, slick ground-game and conditioning make him a fighter to watch in a division full of killers.

To continue trending in the right direction, Dober trains with one of the top teams in the nation in Elevation Fight Team. With training partners like Neil Magny, who Dober deemed his “accountability partner”, Dober believes he is at the top of his game.

And he can’t wait to show everyone what he has been working on.

“Fight week is always like waiting for Christmas,” Dober said. “Every day I wake up and I can’t wait for Saturday. I can’t wait to put on a high level fight and display all the things that I’ve added to my game. It’s going to be a fun. A perfect script would be an exciting knockout and if the opportunity presents itself I will take it.”

Tune into ESPN+ on March 9th at 8pm/5pm ETPT to watch Dober scrap with Dariush at the UFC’s first ever event in Kansas.