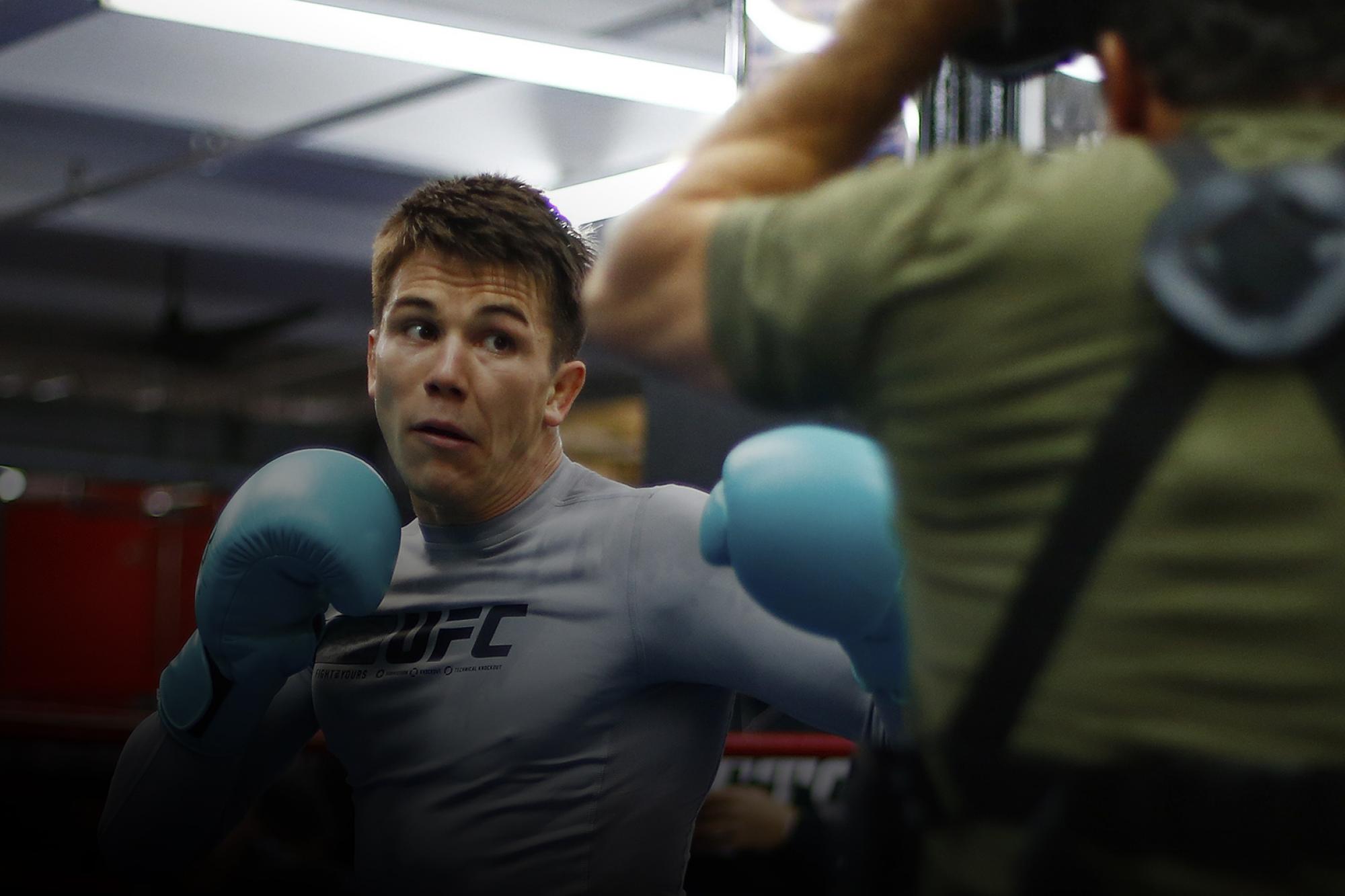 Only two fights deep in his UFC career, lightweight Alex Hernandez is already making the most of his moment in the sun. An easy pick among the best newcomers of 2018, “The Great” made everyone sit up and take notice in his promotional debut when he needed only 42 seconds to KO veteran contender Beneil Dariush. He followed that up with a dominant decision win a few months later of Olivier Aubin-Mercier. Those performances warranted a vault into the biggest fight of his career, as he readies himself to welcome Donald Cerrone back to the lightweight division on the historic ESPN debut of the UFC.

It’s a moment that might be too large for lesser fighters, but not large enough for the ever-confident Hernandez. We caught up with the ascending talent in New York.

UFC: You were on any number of 2018 Newcomers Of The Year lists, including ours. I think what surprised a lot of people, besides your dominant performances, was the fact you seemed to appear out of thin air.

AH: Not for me, you know? For me, its been a journey. And I credit my manager Jason House for finding me and putting me in the light. But for me it's been a long process. You know we've had hurdles in our personal life … so juggling between fighting life, professional life and overcoming little things in between-- I've just been a worker through the whole thing. And 2018 I said “this is going to be the year that I'm in the UFC. I know wholeheartedly.” I quit my job at 17 and put everything into it. So I changed my approach with rest and recovery to give myself more time to rehab the way I need to, and just embodied becoming a fighter, not like the rest these guys where there's like this benchmark complacency and the call themselves “fighters.” I mean I’m like a f***** spiritual warrior. So I completely dove in. And so for me it's been a long time coming. But even when I was 18 years old I said “I'll be in the organization by the time I’m twenty-five.” And we made the marker. So it's good.

UFC: After your win in Calgary last summer, I’m guessing you didn’t suspect your next opponent would be Cowboy Cerrone?

AH: No. I shot out a lot of names in the last year, played with top contenders in the Top 10, and couldn’t get a bite on it. So we got postponed and I was a little disappointed about that because I wanted another big victory in 2018, but the way the cards unfolded this is definitely the best way anything could have unraveled. Taking on Cerrone was not foreseen, but it's like a paradigm of matchups for my career right now, especially to catapult me into the light. I need to be able to take the belt by 2020. By next spring, 2020, the belt will be mine.

UFC: You’ve probably seen Cerrone fight 20 times or more, whether as a fan or studying for this fight. What’s something he did well at welterweight that he’ll bring down to lightweight?

AH: I haven't seen him recently do anything well. I think the victories he’s had have been donations by his opponents. Mike Perry was a philanthropist in that cage and gave him his arms. And so I don't think that there's really any surprises, but I'm prepared for everything. The thing is I don't focus on any single opponent. I'm never really over-studying anybody and I'm never really in this like camp vs out-of-camp idea. People call it “off-season” which is f*****g baffling for me because I’m a year-round athlete. So I'm constantly trying to evolve. You drop Donald in front of me, you drop Trinaldo in front of me…it doesn't matter who you drop in front of me I’m gonna be ready for him. Cerrone is going to be Cerrone, everybody has an expectation of how he'll be. But I swear to God I'll be delivering on Saturday. I just hope he's hope he's at least aware he’s in the cage because knowing Don, it’s hit or miss.

UFC: What specific areas of the fight do you feel like you have the advantage?

AH: Just humbly and honestly speaking, I don't know anywhere that I would have a disadvantage. I think I'm physically stronger, faster, obsessed with being more technical…and that obsession goes from the feet to the ground. If I feel like I'm slacking on the feet, I’ll make an extra session that day for the ground. So I feel comfortable taking the fight wherever I wherever it needs to go. For me, I just want to pressure and break him. If we hit the ground, we'll stay on the ground for as long as he wants to. If you want to get back up, let's get back up on the feet. If he wants to fold on the feet, I'm just gonna grant his wishes. sSo wherever he wants to be: top, bottom, doesn't matter. Neutral. Whatever.

UFC: This will be the first time a lot of viewers get to see you. What would you tell them to expect?