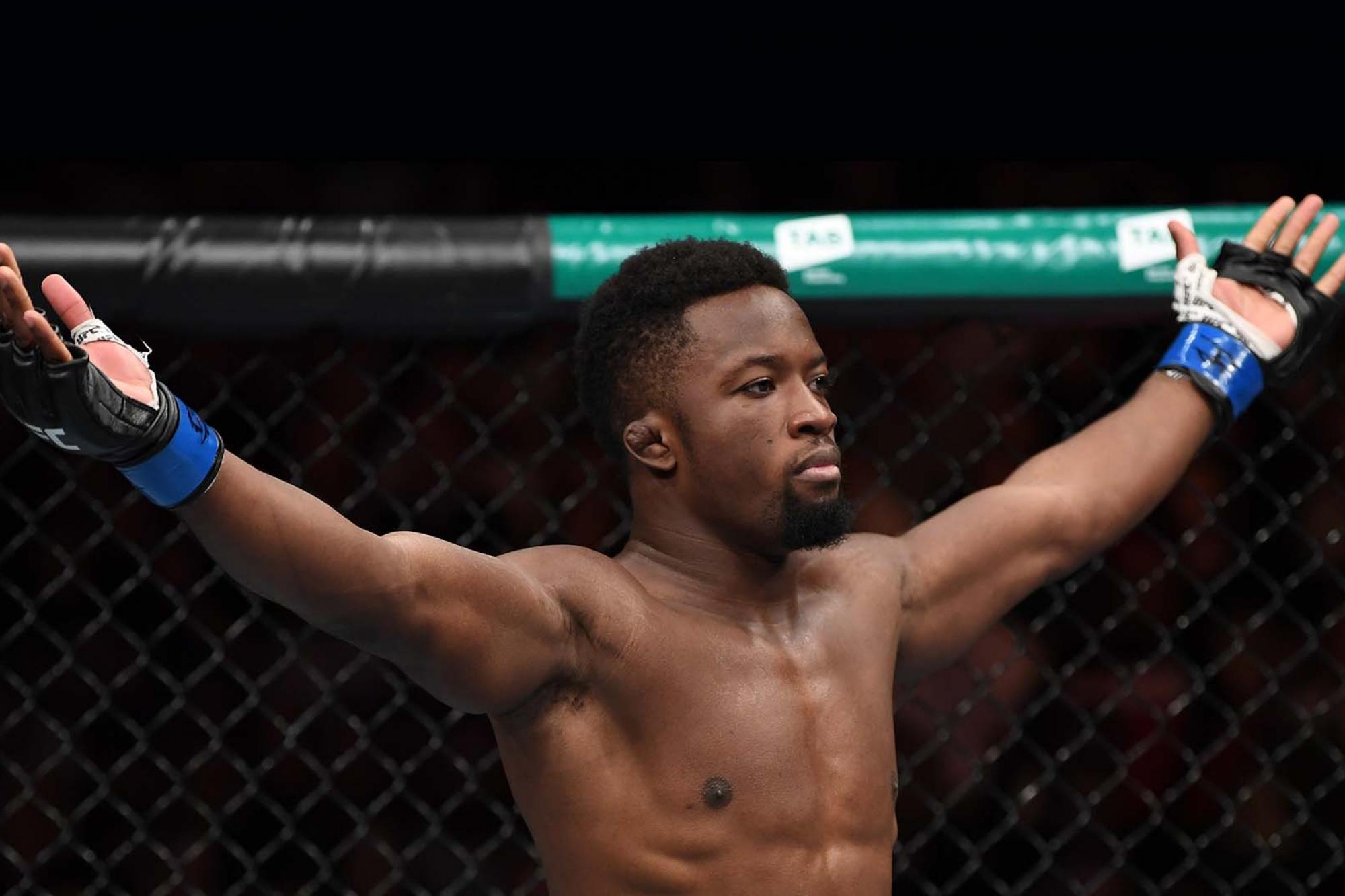 A first-round TKO is about as picture-perfect as a UFC debut could go. For Sodiq Yusuff, it was bittersweet as he revealed in his Octagon interview that he had lost his older brother just a week prior to his fight in Australia.

After the fight, Yusuff said he took some time off to be with his family, but after some time, he returned to training.

“We had a lot of stuff we had to get past,” Yusuff said. “As soon as we were done with the mourning and stuff, we got right back to training.”

The 25-year-old speaks highly of his family, whose support means a lot to him, and getting his mother into the sport has also been a special experience. In January, one of his mother’s classes at the gym matched up with one of Yusuff’s training sessions, and he shared a video of the two sparring.

“She was trying to take my head off,” he said, laughing.

Despite her intentions while sparring with her son, she isn’t trying to coach or offer him any time soon.

“Never that,” Yusuff said. “She stays in her spot. She doesn’t interfere. She does her, ‘I’m praying for you,’ and that’s it.”

UFC.com caught up with Yusuff ahead of his fight with Sheymon Moraes to talk about the adversity he faced before his debut, his thoughts on the matchup as well as what he’ll be thinking as he walks to the Octagon in Philadelphia.

UFC: How did it feel to get that debut win? Now that you have that out of the way, what does that do for you?

Sodiq Yusuff: Honestly, it’s pretty much the same. All fights are the same. Equally as important for the debut as it is for this fight. Every single one is just another step in the ladder to try to reach the championship belt.

UFC: How do you go about managing the harder days in fight camp? You seem like a person that actually does love to train.

SY: Honestly, I just love getting better. Hard work has never been anything new to me. It’s been instilled in me since I was a kid, and I’ve had the motivation to get better since I was younger, especially now that I have the opportunity to make a lot of money, and I can change the people in my family’s lives. I’m definitely not going to slow down any time soon.

UFC: What does it mean to you that you have the support of your family?

SY: It’s a big deal for me, especially just because of her health. I’ve been trying to get her to come to the gym since I was like 20. I finally was able to convince her last year, and I’m so happy to have her in there.

UFC: Talking about your fight, what do you see in your opponent that you’ll have to pay attention to during the fight?

SY: His strengths and my strengths matchup very well, honestly. We’re both explosive strikers, and I’m looking to go out there and just test it out. We’re going to have a shootout and see who’s left standing.

Preview the featherweight matchup that kicks off the main card of Fight Night Philadelphia between Sodiq Yusuff and Sheymon Moraes on Saturday, March 30.

UFC: What’s going to be going through your head as you walk to the Octagon, and what does that perfect fight night look like?

SY: Walking into the Octagon going through my head is just going to be getting in my zone. Me staying focused on what I have to get done. Focused on the task I have to do, and the perfect scenario is a first-round finish. Go home with the bonus, I wouldn’t be mad at that at all.