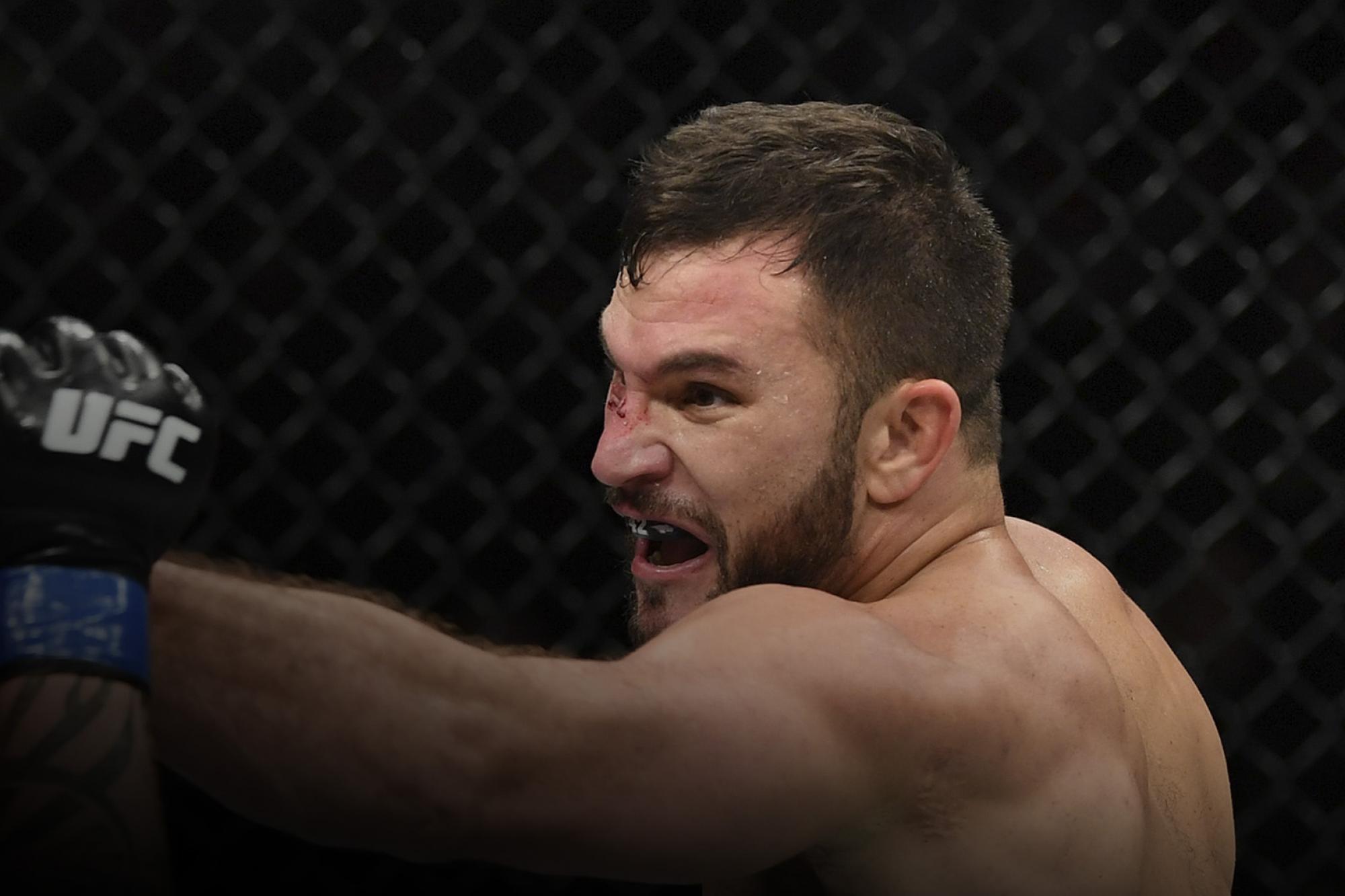 Long Island Native Determined Not To Let It Go To The Scorecards
By E. Spencer Kyte • Feb. 21, 2019

Gian Villante’s UFC career has an impressive level of symmetry to it as he readies to step into the cage against Michal Oleksiejczuk this weekend on the main card of the promotion’s debut event in Prague, Czech Republic.

Through 14 starts, the Long Island native is an even 7-7 inside the Octagon and comes into Saturday’s event at the O2 Arena having alternated wins and losses over his last four outings. On top of that, all four have gone to the scorecards and ended in split decisions.

“It’s tough. I never want to go to a decision and I’m always trying to finish the fight,” Villante said regarding his current run of split decision results in advance of his showdown with Oleksiejczuk on the shores of the Vitava River. “I’ve been talking about that a lot now — trying to finish fights — but it’s just not happening.”

It’s not because of a lack of effort or ability.

Prior to his current stretch of seeing the scorecards in his last four outings, five of Villante’s previous six outings had ended inside the distance, with the New Yorker getting his hand raised in three of those contests, and he spent the duration of his last four bouts searching for ways to bring the festivities to a close.

But sometimes it just doesn’t shake out.

The run of 2-1 verdicts began at home in Long Island with a loss to Patrick Cummins, another light heavyweight terminator with a penchant for giving out as much punishment as he takes and refusing to go quietly into the good night. Fights with Francimar Barroso and Sam Alvey, two more “tough to finish” veterans, followed before Villante stepped into the cage with Ed Herman in Moncton, New Brunswick back in October.

In customary fashion, the 33-year-old Hofstra product entered the third round deadlocked on the scorecards and with blood streaming down his face, bent on continuing to press forward and swing the results in his favor. After another close five minutes of back-and-forth with the former TUF finalist, Villante landed on the happy side of the split.

“I’ve got to get a little better with sticking to the plan and keep plugging away,” he said, assessing what changes he needs to make in order to produce more finishes and make things a little less close inside the cage. “I’m hoping it gets better, but no matter what, I know that I’ve put in whatever I could to finish the fight and if it happens, it happens and I can’t be disappointed if it doesn’t.”

While the stoppages haven’t always been there and the verdicts haven’t always fallen in his favor, one thing that fans can count on every time the reality TV enthusiast steps into the Octagon is that he’s going to give everything he’s got in an effort to give the fans their money’s worth on Fight Night.

“I want to go out there and put on entertaining fights,” said Villante, acknowledging that he derives a sense of pride from being known as an all-action fighter who never disappoints, regardless of whether he gets his hand raised or not. “I always want to put on good fights and hopefully we put on another one on Saturday.”

After making five of his last six appearances on the Eastern Seaboard, Villante lobbied the UFC for the opportunity to compete on this weekend’s debut fight card in Prague, recognizing it as a chance to visit one of the most beautiful cities in the world as part of a work trip. 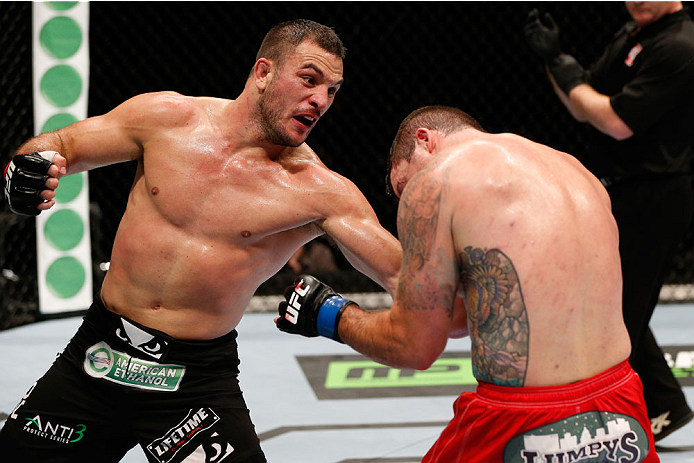 “I’ve always wanted to go to Europe and I asked to be on this card, so I’m really looking forward to it and I can’t wait,” said Villante, who is 2-2 in his four previous UFC appearances outside of the United States, as you might have expected given how symmetrical his career inside the Octagon has been thus far. “I just heard Prague is a beautiful place, so I figured why not come fight here?

“It’s a beautiful place and I’ve been to the Albanys and Uticas and Newarks or whatever,” he added, laughing. “This is a cool new place where the UFC has never been and where I’ve never been, so it will be cool to enjoy it together.”

Joining him in the cage will be Oleksiejczuk, a 23-year-old Polish upstart who scored a unanimous decision win over Khalil Rountree on short notice in his promotional debut at UFC 219, only to have the result overturned when his pre-fight screening came back positive for a banned substance.

After serving his suspension, “Lord” is looking for a fresh start with a victory over the divisional staple Villante, who followed in the footsteps of another fan favorite action fighter when it came time to prepare for this weekend’s main card fixture.

“I kind of “Cowboy” Cerrone’d it and said, ‘Whatever — let’s go and let’s fight.’ I don’t really care who it is,” said Villante when asked his initial thoughts when offered the bout with Oleksiejczuk. “I leave the scouting to the coaches. I know he’s a lefty and that’s all I really need to know. 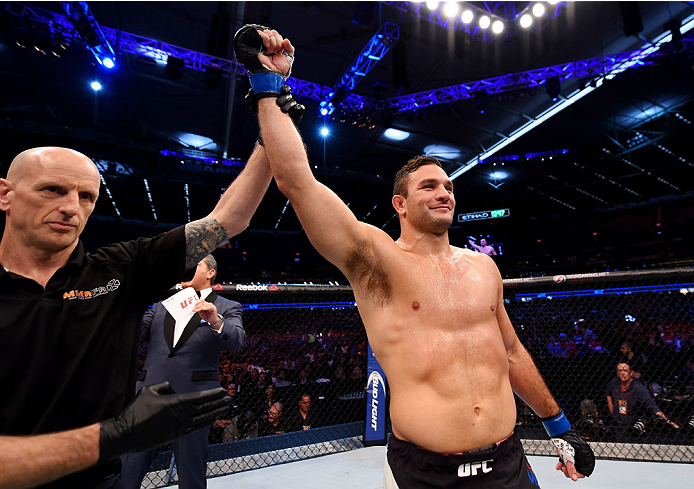 “It should be a fun fight, though,” he added. “He’s kind of smaller for the division, likes to keep moving, come forward, so I’ve just got to apply my game plan and make him come to me.”

Of course, that’s always how things are supposed to go, but somewhere along the way, the blueprint gets brushed aside and Villante just starts fighting off instinct and emotion.

It’s helped him become a beloved figure and main card staple because you always know what you’re going to get, but on the heels of four straight split decisions, the light heavyweight stalwart is tired of being unsure about what he’s going to hear when Bruce Buffer prepares to announce the winner.

So this time, Villante is really going to try to stick to the script and keep this one out of the judges’ hands.

“It’s just a matter of sticking to the game plan a little more, but also not forcing anything; just letting it come to me, really.”

Then again, it’s like Mike Tyson said, “Everyone has a plan until they get punched in the mouth."