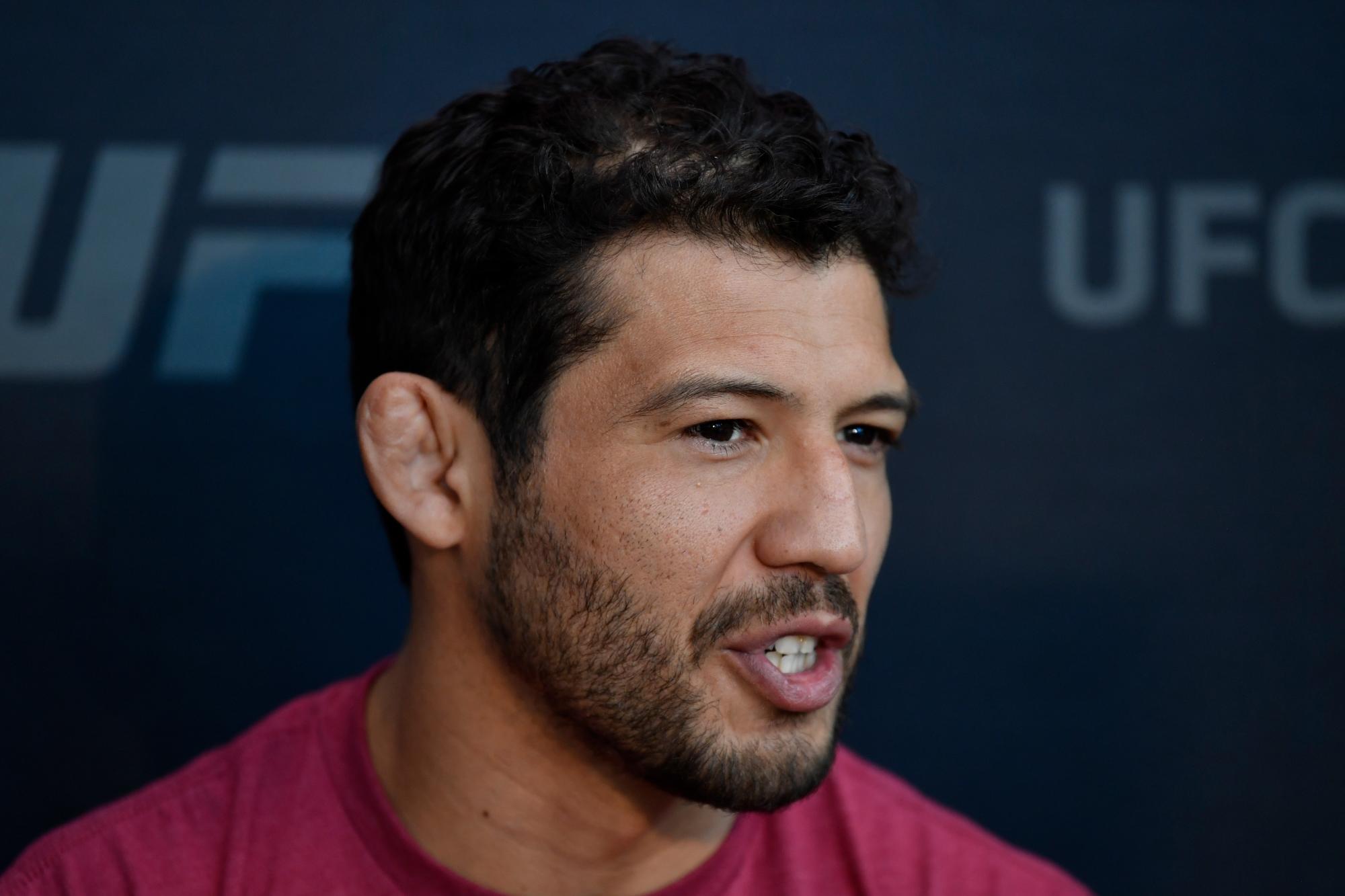 Gilbert Melendez Back For Battle

There is no pause when Gilbert Melendez is asked what he missed the most while on the sidelines for the last 22 months.

“The competition, getting back in there, the mindset,” the former Strikeforce champion begins. That’s what I miss the most.”

Then he elaborates, his voice rising with each word.

Absence does make the heart grow fonder, and not having that fight night adrenalin pumping through his veins for the last two years has made “El Nino” appreciate what he had on a fairly consistent basis since he turned pro in 2002. That’s a lot of years, a lot of fights, and only a fighter will understand when he says that’s getting ready to sacrifice his body while getting ready to endure punishment. But at 37, Melendez knows who he is and he embraces it.

“My fighting style is as a forward fighter and getting in there,” he said. “To be able to do what I have to do, sometimes it requires taking some punishment in the process. You gotta take some to give some. I think there is a certain type of mentality to remain cool under that kind of pressure and maintain composure in all that chaos. I don’t know what it is, but I love the challenge and I love the high it gives you.”

It also helps that he shares his life with a fellow fighter – Bellator’s Keri Melendez – who understands what it takes to do what he does night in and night out.

“It’s very important to be able to lean on your wife, not only as someone that can take care of you and help you out and be your wife and your partner, but someone that understands the sport and the sacrifice and has the compassion for someone going through it and is willing to endure their own punishment in their own way just because they know what I’m sacrificing and going through,” he said. “Of course, I recognize the same for her. Years ago, when I just started, my girlfriends would never come to my fights. (Laughs) It was just, don’t ever come. But Keri’s a different story. She knows that it’s important to me, and I want her there. She watches me train and yells advice to me and she does good stuff and it’s fun to sit home and talk about it all the time. It’s super important.” 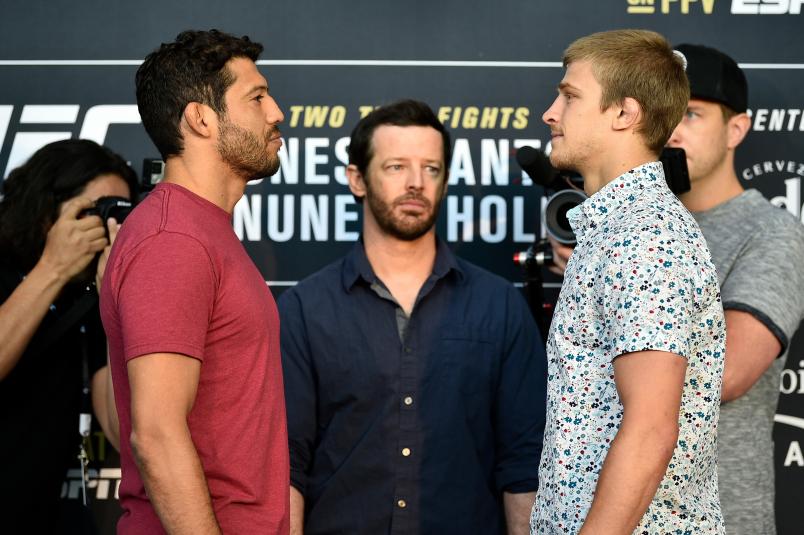 On Saturday, the wait for Melendez to return to active duty is over. After a punishing decision loss to Jeremy Stephens in his UFC featherweight debut in September 2017, Melendez goes from facing a fellow veteran to meeting one of the division’s top rising stars in Arnold Allen.

When Melendez talks of the matchup, he laughs about the difference in age between the two.

He’s right, but when asked about fighting “El Nino,” Allen said he isn’t expecting anything but the best Gilbert Melendez, the prime Gilbert Melendez. That kind of respect is priceless, and it isn’t just given, it’s earned. The Santa Ana native appreciates hearing that from his peers.

“It’s good to have that respect, and I feel rightfully so,” he said. “I’ve had some losses, but I feel like I always owned the center of the Octagon. I’ve always been willing to stand toe-to-toe and I think a lot of guys that have gotten the win on me didn’t make the decision to bang it out with me. And I appreciate that respect, it feels good and he should feel that way because I am ready. I’ve trained my ass off and I’m not a steppingstone. It’s a great opportunity to show that I’m a great fighter. I think he’s a very good fighter but I think I’m a great fighter. I’ve been in this sport for a long time.”

He has, but there is the belief that there’s still something left in the tank for a man who was clearly one of the best lightweights of this era. Now he’s at featherweight, a division seeing plenty of veterans sprinkled in the top 15, but also a host of up and comers ready to bash the door down. Melendez likes what he sees at 145.

“I’ve been in this sport for almost 20 years now and I’ve seen people come and go and it’s fun to see different generations,” he said. “I do look at the division and say, wow, there are some talented people up there. There’s talented people that have been holding it down for a long time, very good up and comers, and I do look it and I know I can compete with the best of them. I know I’m capable of it. It’s been a while, but I need to get back in there and I need to start competing and see where I stand and see where I’m at. I know my heart’s in it, I know my mind’s in it, my body’s been through a lot, but I need to see if it’s still ready for it. If I’m still fast enough, still react, if I can still hang with the youngsters out there. And I truly believe I can. And once I get past this one, I think I’ll have a different view of the whole weight class.”

One view that won’t change is the one Melendez has for mixed martial arts. It’s been a part of his life for so long that he knows he will find his way to the mat in one way, shape or form deep into old age. Yeah, he’ll be that 75-year-old guy teaching the youngsters how it was done back in the day. And that’s cool with him because he’s a fighter. That’s not just something you put on your tax return under occupation. It’s something inside. And while Melendez can do anything he wants to, he still chooses to do this.

“This makes me feel alive,” he said. “I’ve dabbled in other things, but just being in the gym and training makes me feel the best. I took some time thinking how life would be without competition on my mind, and I went back to the mats. (Laughs) That’s what makes me happy. This is something I know I’m not going to be able to do on the big stage forever, but I’ll be doing this until the day I die because I love the sport. I did the sport when no one cared about it and I didn’t do it for money; I just did it. Now I’m a fighter and a businessman, but I’m gonna leave the sport a fighter. I’m a fighter and it keeps calling me back. One day I’m not gonna be able to do it, and I know those days are coming, so I’m gonna take full advantage of it while I can and chase greatness.”