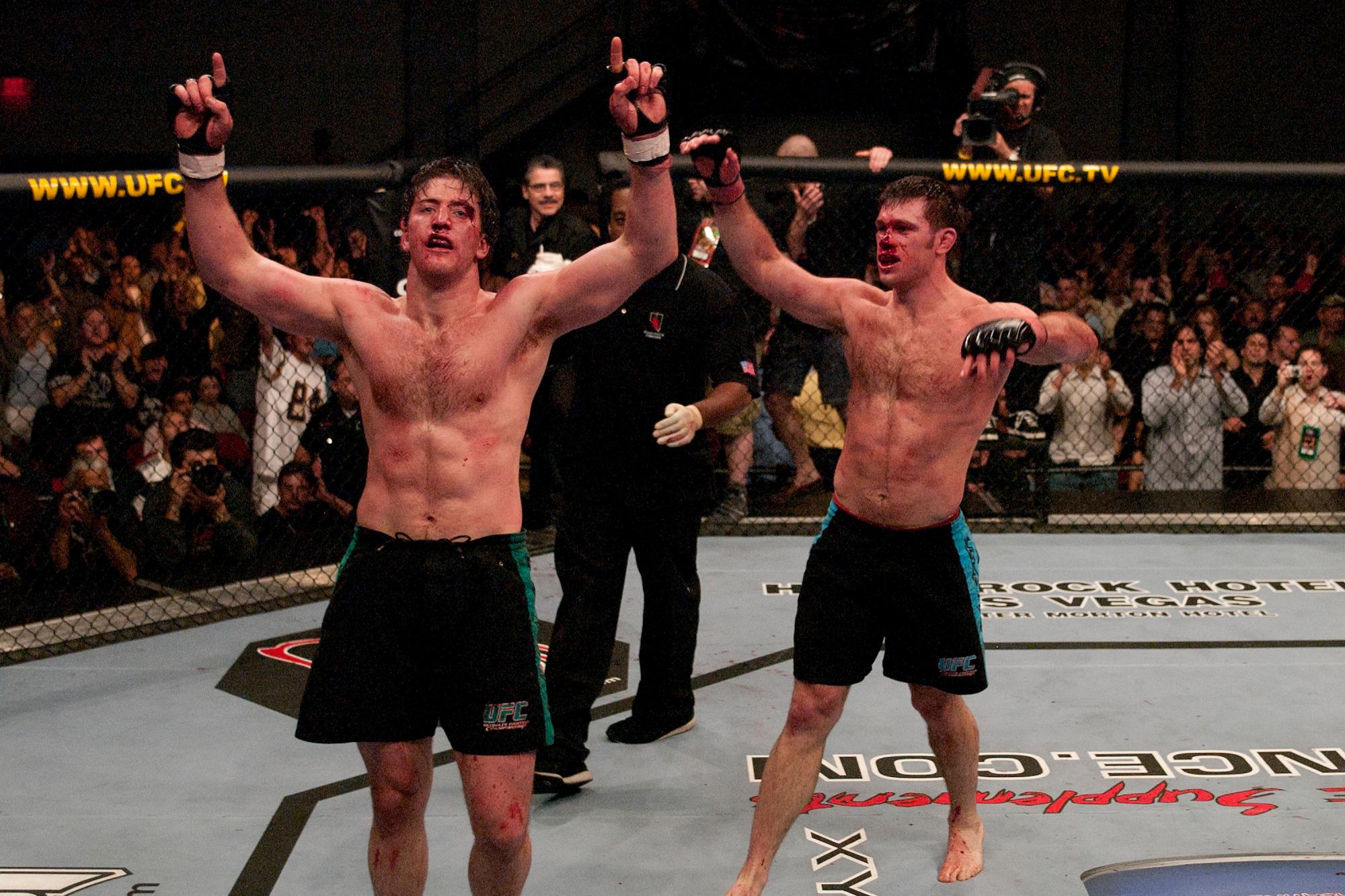 Griffin, Bonnar & the Night that Changed Everything

I’ve always had a theory that if Royce Gracie didn’t win the first UFC tournament in 1993, the sport would have never gained any traction here in the United States. But it was the right man at the right time, the skinny kid in the gi beating the giants with this then-mysterious art called Gracie Jiu-Jitsu. 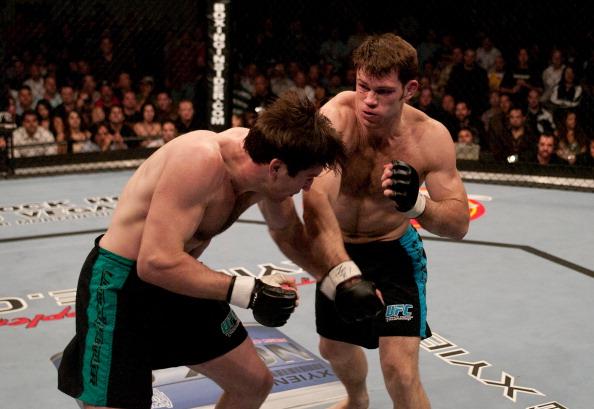 Nearly twelve years later, the UFC was still around, but it was in trouble. The promotion’s new owners, Lorenzo and Frank Fertitta and Dana White, weren’t new anymore. They were five years into their ownership, and after investing millions and millions into the brand that weren’t coming back, it was nearly time to call it a day.

The last-ditch effort was a reality show, The Ultimate Fighter, and its first season captivated fans old and new by showing the personalities and stories of the athletes outside of the Octagon. It was a success. But whether it would save the UFC was another story, and that burden seemingly fell on those competing in the show’s season finale, aired live on Spike TV.

That was 2005. Today, the UFC is an international juggernaut, partnered with heavyweights like ESPN and Reebok, with events airing around the globe several times a month. In short, it’s not going anywhere, and nearly everyone believes that a good deal of the credit for kicking off the MMA explosion goes to the men who fought for the Ultimate Fighter’s light heavyweight title at Cox Pavilion in Las Vegas on April 9, 2005, Forrest Griffin and Stephan Bonnar.

Their three-round bout was a back-and-forth, action-packed, drama-filled war, one of those fights you can watch over and over and not grow tired of. It was worthy of the adjective “great.” But in my second UFC theory, while the fight was one to remember, the men who fought in it were the ones that fans latched onto, and that’s why people stuck around and wanted to see what happened next.

“People could relate to us,” Bonnar said. “We were just regular guys and we didn’t take ourselves too seriously and people like that.”

“They would clock in and beat each other up, then clock out and have their lunch,” he said.

That was the difference between perception and reality in a sport that got an undeserved and inaccurate rap from the start. To most non-fight fans back then, the idea of two men fighting in an Octagon meant that those two men were Neanderthals who hated each other and wanted nothing more than complete annihilation on fight night. You couldn’t put them near each other before or after the fight because they were seemingly hard-wired to destroy and nothing else. Ignorant? Yes, but it wasn’t an uncommon feeling among the uninformed.

The Ultimate Fighter helped chip at some of those myths and misconceptions. Griffin and Bonnar tore them down completely. Griffin was a former police officer with a BA degree in Political Science from the University of Georgia; Bonnar, a Purdue University grad with a degree in Sports Medicine. They were educated, witty, and affable. They also liked getting into sanctioned fistfights, and at the time of TUF 1, the two were prospects in a sport where, at the time, being an up and comer meant you weren’t making any money. The Ultimate Fighter was the way out for the winner, because victory in the tournament meant a six-figure contract with the UFC.

Griffin won the fight and the contract that night, with the bout being so good that White and the Fertittas decided to give Bonnar a contract too.

“It was a good fight,” Griffin said in typical understatement. “I don’t try to fix anything or think about what I should have done when I watch it. I do remember how exhausted I was. But it was what it was and it worked out the way it needed to. Sometimes when you do things wrong, it still works out.”

“I knew it was a good fight during the fight,” Bonnar adds. “It hit me when everyone started stomping their feet and it felt like the whole place was shaking. And that was in the second round. I was like ‘oooh, this must be good.’”

It was better than that. It was the rare moment where everybody won.

“It was the night I realized I was going to make a living at my passion,” Griffin said. “The moment I realized that my hobby had become my job.”

“Everything changed,” Bonnar said. “I didn’t think I’d have a UFC career. It was just a little hobby I was doing, so it changed everything. Almost overnight, I became like a celebrity. Everywhere I went, someone would recognize me, even in obscure places. I was traveling with TapouT and we were in a small town. I was jogging and someone in a pickup was going ‘Hey Bonnar.’ And everywhere you go, someone knows who you are. It was wild.” 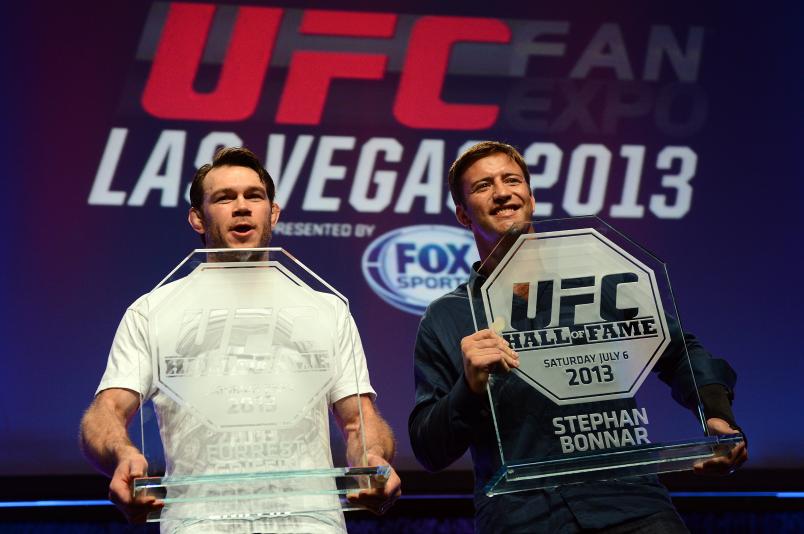 Forrest Griffin and Stephan Bonnar pose for photos with their UFC Hall of Fame plaques during the UFC Fan Expo Las Vegas 2013 at the Mandalay Bay Convention Center on July 6, 2013 in Las Vegas, Nevada. (Photo by Al Powers/Zuffa LLC)

That night, behind the venue after the fight, the UFC and Spike TV agreed on a deal to keep The Ultimate Fighter going. History was made, and the UFC would not just survive, but thrive. Bonnar and Griffin, they made their way to a local hospital to get checked out and stitched up. When I asked Griffin a while back the first thing that comes into his head when he thinks of that fight ten years ago, it was that moment in the emergency room.

“I remember Stephan’s wife Andrea and my buddy Rory getting us some fast food crap and some beer in the emergency room,” he laughs. “And that’s the picture of us. Sitting under the ER sign, all beat up and laughing.”

“We had a little ER afterparty,” Bonnar adds.

Life had changed forever for the two combatants, though not immediately. When I spoke to Griffin shortly after the bout, his task for the day was removing his stitches from the fight with an X-Acto knife.

“That’s how we took stitches out back then,” he laughs.

Bonnar didn’t flinch when I told him that story.

“Taking stitches out is pretty easy,” he said. “It sucks having to go all the way to a doctor’s appointment and wait in his office for an hour. I personally use nail clippers usually. They work pretty good.” 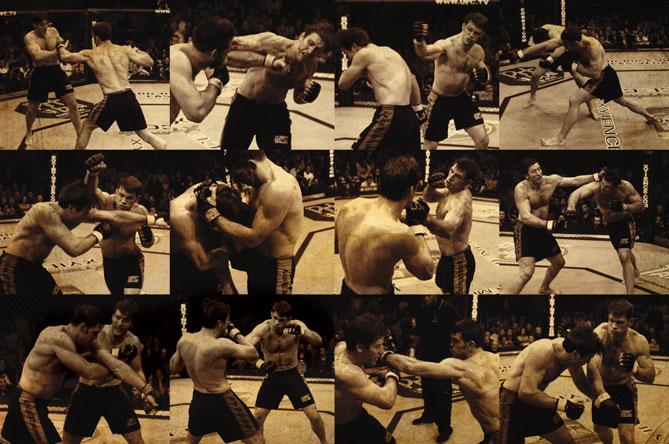 As for “The American Psycho,” he was getting used to his newfound celebrity, which seemed to hit him everywhere but in his adopted hometown of Chicago.

“They were showing a replay of the fight, so I had a party for it,” he said. “The guy at the door didn’t know who I was and charged me five bucks.”

Eventually, the two got to move to the next tier of celebrity that meant trips to the doctor for medical procedures and no cover charge at club. They also made the media rounds together, developing a close friendship that remains to this day. They would fight once more in 2006, Griffin winning another decision in a fight that was decent but couldn’t hold a candle to their first one. That was okay though, because nothing would ever compare to that.

In their careers away from each other, Griffin won a world light heavyweight title, and Bonnar fought the best of the best, always staying within striking range of the belt even though he never got a shot at it. And not surprisingly, when the UFC announced its Hall of Fame inductees for its 20th Anniversary in 2013, Griffin and Bonnar went in together.

Today is another anniversary, 15 years since Griffin-Bonnar I.

Griffin can admit that April 9, 2005 was “without a doubt the biggest moment of my life.”

As for Bonnar’s thoughts on the fight and that night, “It was kind of a little lesson. If you never quit, you really can’t fail. That was the perfect example of that. Give it everything you’ve got and something good will come out of it.”