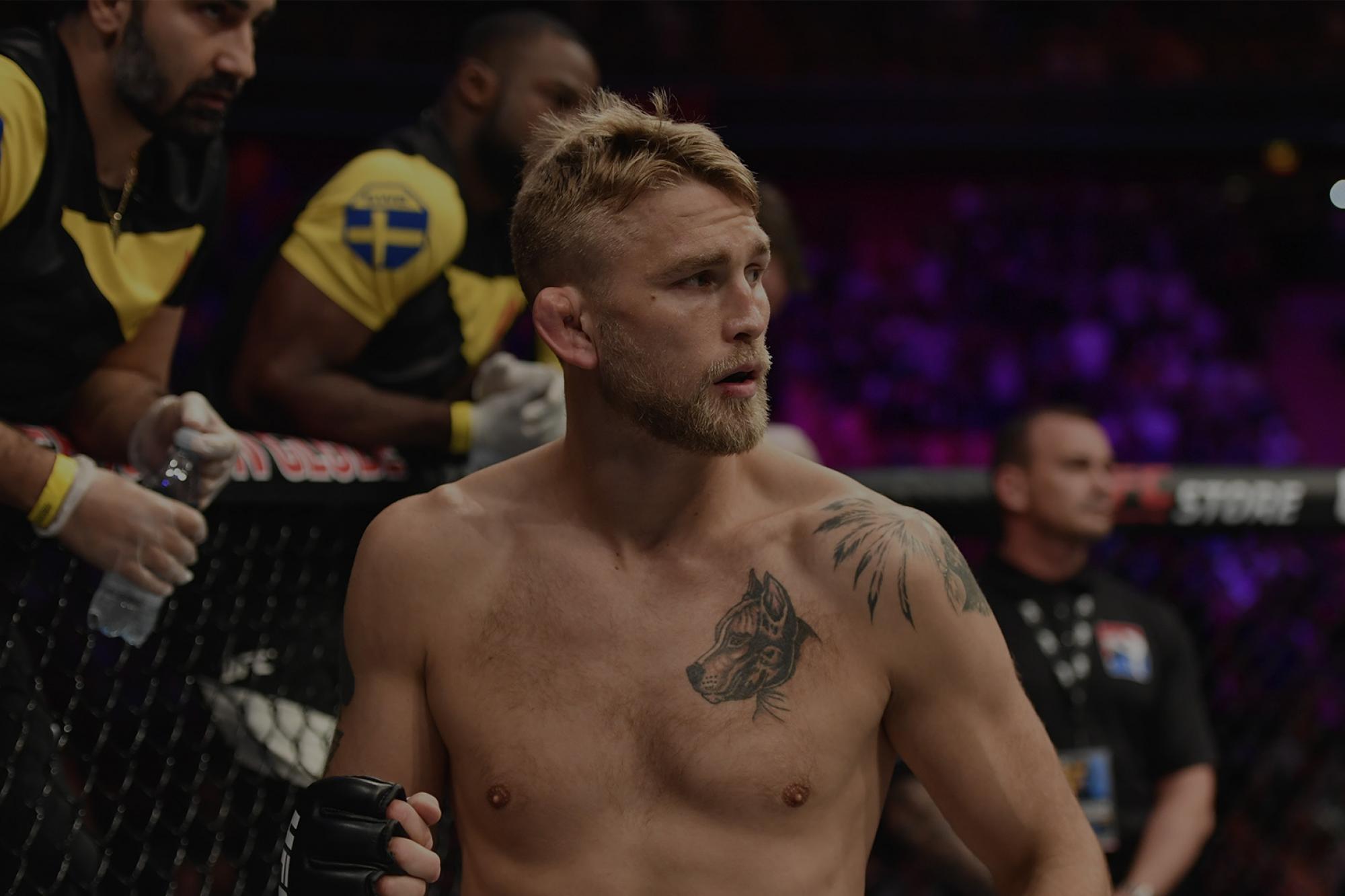 Alexander Gustafsson had too much respect for Jon Jones' abilities in their first fight. That won't be issue for "The Mauler" this time
By Thomas Gerbasi • Dec. 28, 2018

“Mentally, I wasn’t really there,” Gustafsson said. “I honestly believed I could beat him the first time we fought, but I was respecting his weapons too much. I was amazed that it wasn’t that hard. I wasn’t really there to beat him. I was just impressed by myself, but in the long run I didn’t do enough.

“Somewhere in that fight I forgot to bring the s**t home.”

At the end of five heated rounds that had most observers putting the fight on the short list of the best ever seen in the Octagon, Gustafsson’s inability to “bring the s**t” home” cost him the title by scores of 48-47, 48-47 and 49-46.

It was the kind of margin that can break a heart and leave a fighter unable to get back to those heights again. Or it can motivate him. Sweden’s Gustafsson took the latter road, and on Saturday, he gets a chance to finally run it back with Jones in the main event of UFC 232 in Los Angeles. And while “The Mauler” still respects Jones’ skills, that won’t stop him from finishing what he starts this second time around.

“I will beat him,” Gustafsson said. “I’m not gonna respect him like I did the first time but, at the same time, I tell myself that this is the best guy out there and that gives me motivation. I’ve got the tools to beat him, I can use my weapons very well, and those weapons I have are a problem for Jon.”

They were a problem for Jones, who went through more adversity in 25 minutes with Gustafsson than in the rest of his career combined. It made it a natural for a return bout, but oh, what a long, strange trip it’s been back to Los Angeles. And not just for Jones, whose trials and tribulations over the last five years have been well documented.

Gustafsson had his own mountains to climb as he went through several bouts with injuries and key losses to Daniel Cormier and Anthony Johnson before winning two in a row over Jan Blachowicz and Glover Teixeira and getting the call to meet Jones again. Through it all, he never doubted that he would see “Bones” a second time.

Alexander Gustafsson can't wait for his opportunity to put a beating on Jon Jones when the two meet in the main event at UFC 232.

But will it be as good as the first time? Gustafsson doesn’t believe Jones has lost anything since their first meeting.

“What can I say about this guy?” he said. “You don’t have really anything to compare with. This guy, technically, is one of the best guys we have. You have a lot of champions, good champions, people that are making millions and millions of dollars, but when it all comes down to being a MMA specialist, that’s the guy. He’s a complete MMA fighter. And that was how I saw him. That’s how I looked at him.”

He still does. Though after five rounds the first time, everything else changed for the quiet battler from Stockholm.

“It was a life changing fight for me,” he said. “I became a well-known fighter. Even if I lost, I still won that fight because people appreciated me coming in there and giving it all. That was the first fight I had where I went five rounds and I did it with the best pound-for-pound king we have.”

Gustafsson was shy in the spotlight back in 2013, and while he’s no Conor McGregor now, he has eased into stardom, both at home and abroad, and it appears that he is ready for more come December 29. But fame and fortune doesn’t play into the equation for him right now. There’s a fight to be fought and a belt to be taken. Gustafsson is ready this time – not just physically, but mentally.

“I think we both want this more, but we’re both here for different reasons,” said Gustafsson. “He’s here to prove people wrong and he wants to take back what was his. I’m here to prove that I’m the best and beat the guy that’s never been beaten.

“I see myself much better today, much more mature and I’ve got a lot of frustration in me that just needs to come out and it’s gonna come out on the 29th of December, I can promise you that.”