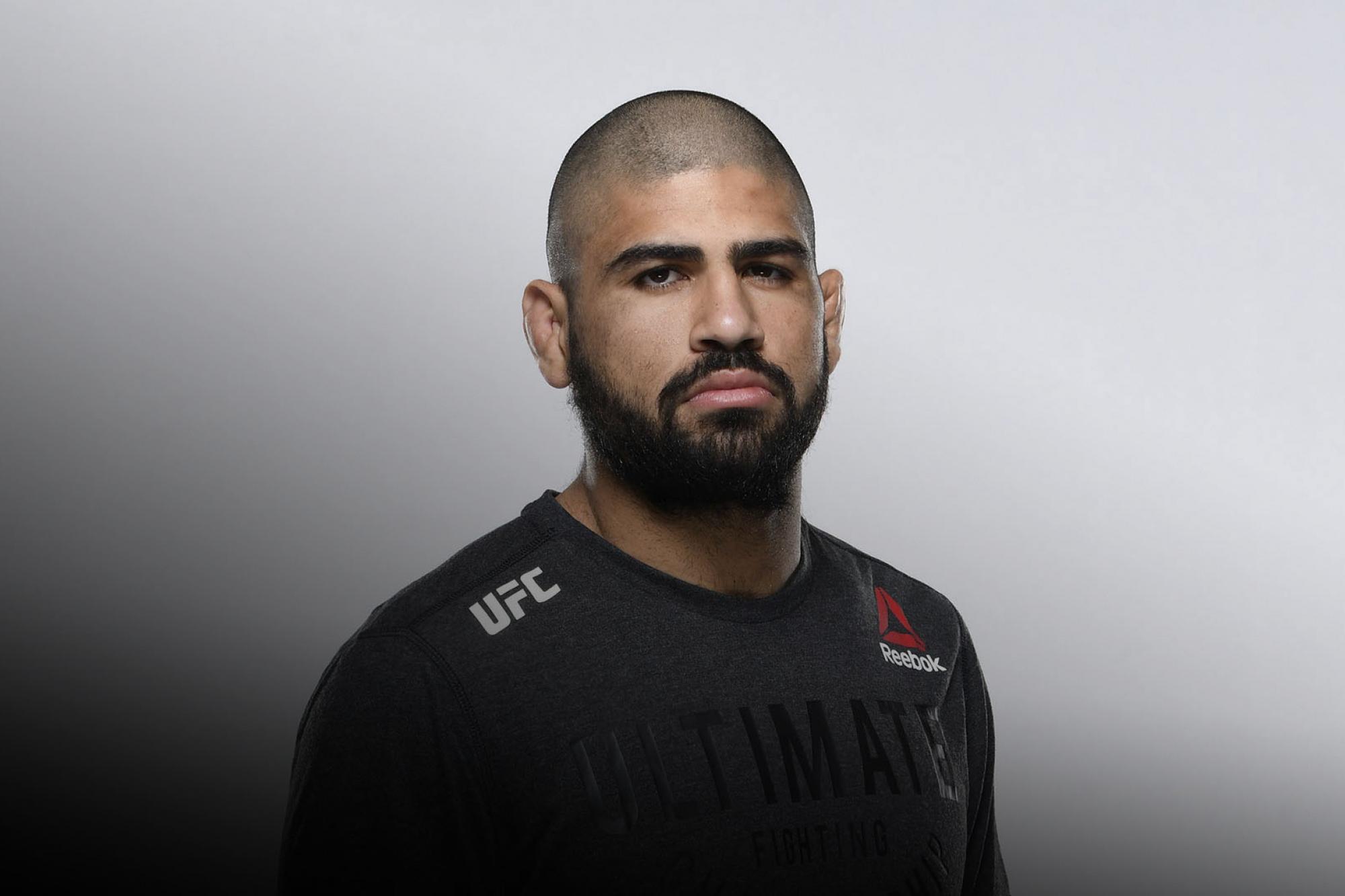 Sydney’s Jacob “Mamba” Malkoun will fight anyone, but not many people want to fight him. That’s kind of how he ended up in the UFC.

The 24-year-old, who was undefeated on the Australian MMA scene and struggling to find opponents, will make his Octagon debut at UFC 254 against fellow 185-er Phil Hawes. This isn’t the first time Malkoun has been to Fight Island, though.

Back in July, he travelled to Abu Dhabi with his training partner Rob Whittaker for the latter’s clash with Darren Till. He wasn’t just there to assist his teammate, either. He was ready to step in as a late replacement – regardless of weight class.

“I was prepared to fight anyone,” he told the media afterwards. “I’d go down to welterweight or up to light heavyweight. We were ready for anything.”

Taking notice of his great attitude and 4-0 record in the cage, the UFC signed Malkoun a little while later. It came as no surprise to friend and former champ Whittaker, who enthuses, “He’s the next big thing. He’s got an amazing skillset and keeps up with me.” 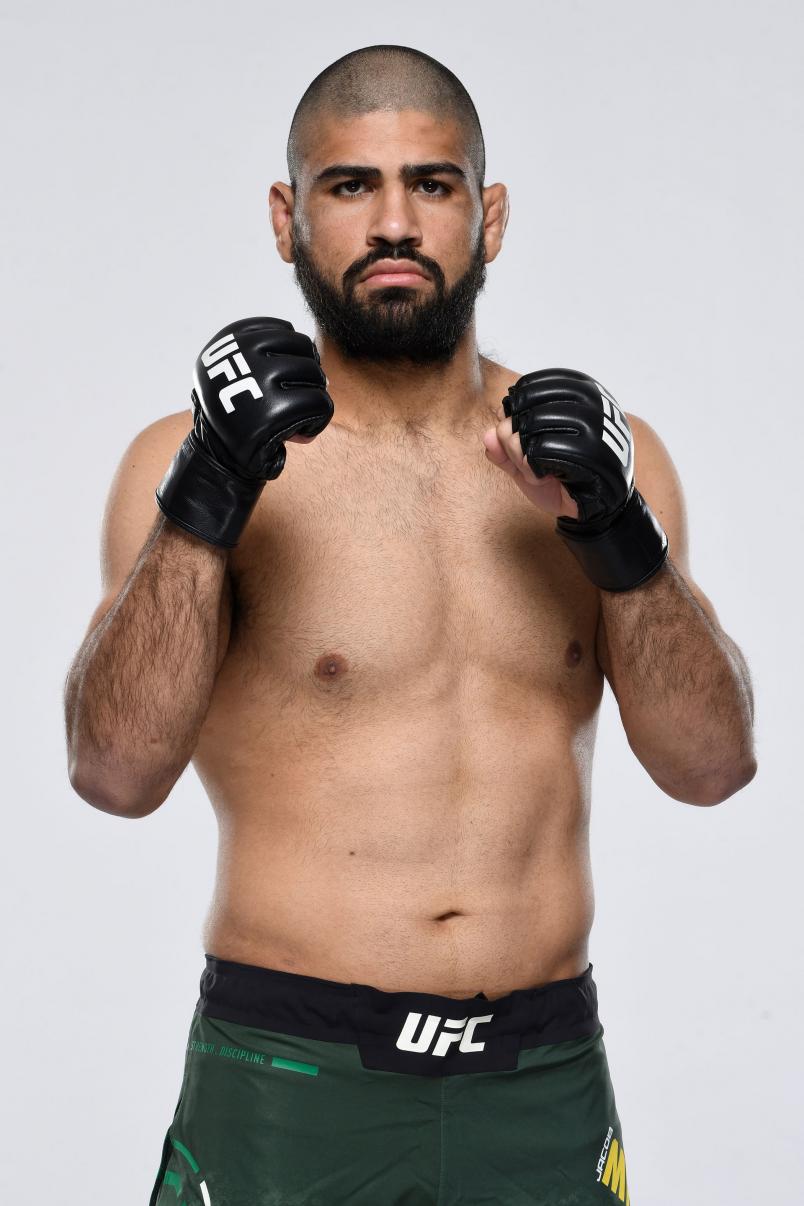 High praise indeed. And what’s really impressive is that Malkoun has only been serious about mixed martial arts for a handful of years.

“When I was 17, I was fat and lazy,” he laughs. “My dad got me involved in MMA to lose a bit of weight. I wasn’t too serious at the beginning, though I liked sparring. It was only when I turned 20 that I decided to start pushing harder. At grappling, boxing – all of it.”

Malkoun’s sporting hero growing up was a bit unusual for somebody of his generation. But the more you hear him talk, the more it makes sense.

“Smokin’ Joe Frazier was my idol,” he says. “I just liked that old-school mindset. He was tough. He didn’t care. He fought anyone. He just kept coming and nobody could break him.”

MORE: How To Watch UFC 254 | Fight By Fight Preview | Dana White: Lookin’ FWD to a Fight – Return to Fight Island Ep. 2 | Where We Stand: Lightweights | Fighters You Should Know | Khamzat Chimaev Sit-Down With Dan Hardy

Malkoun hasn’t looked back since he began taking the sport seriously, and when he’s not training, he’s coaching others at the gym – which he believes has only helped his development.

“My brain is just taking it all in. For at least four years, I’ve been on the mats all day. I think that’s why my level has increased so fast.”

“Yep, it’s great training with Rob,” says the Aussie prospect. “It lets me know the level where I need to be at. We’ve been training together pretty closely for about five years. He’s a measuring stick to see where I am.”

Sporting an undefeated record as a pro boxer and a purple belt in BJJ, Malkoun doesn’t prefer any particular aspect of MMA. He says he isn’t fussed whether he’s standing up or on the canvas as everything serves a purpose.

Malkoun’s opponent, Phil “Megatron” Hawes, is also someone who prides himself on his work ethic. And there’s no denying the American’s strength, aggression and takedowns will be a test for “Mamba”.

“I know he’s tough and explosive,” notes Malkoun. “A good wrestler, too. But this is the UFC – there are no easy fights here. I’m ready for anybody they’ve got.”

Is he nervous about finally being on the big stage?

“You always get some nerves before a fight. Maybe they are a little worse now because I’m on an island and there’s not much I can do. You find yourself thinking about it and time goes more slowly.

“That said, I think my friends and family back home might be more nervous and excited about the whole thing than me.”

Malkoun admits he is constantly learning as a fighter and may have “just scratched the surface”, but it sounds like his immediate plan for UFC 254 is to follow his childhood idol Joe Frazier and just keep coming forward.

“I’m going to push hard and do whatever I need to do to get the win.”