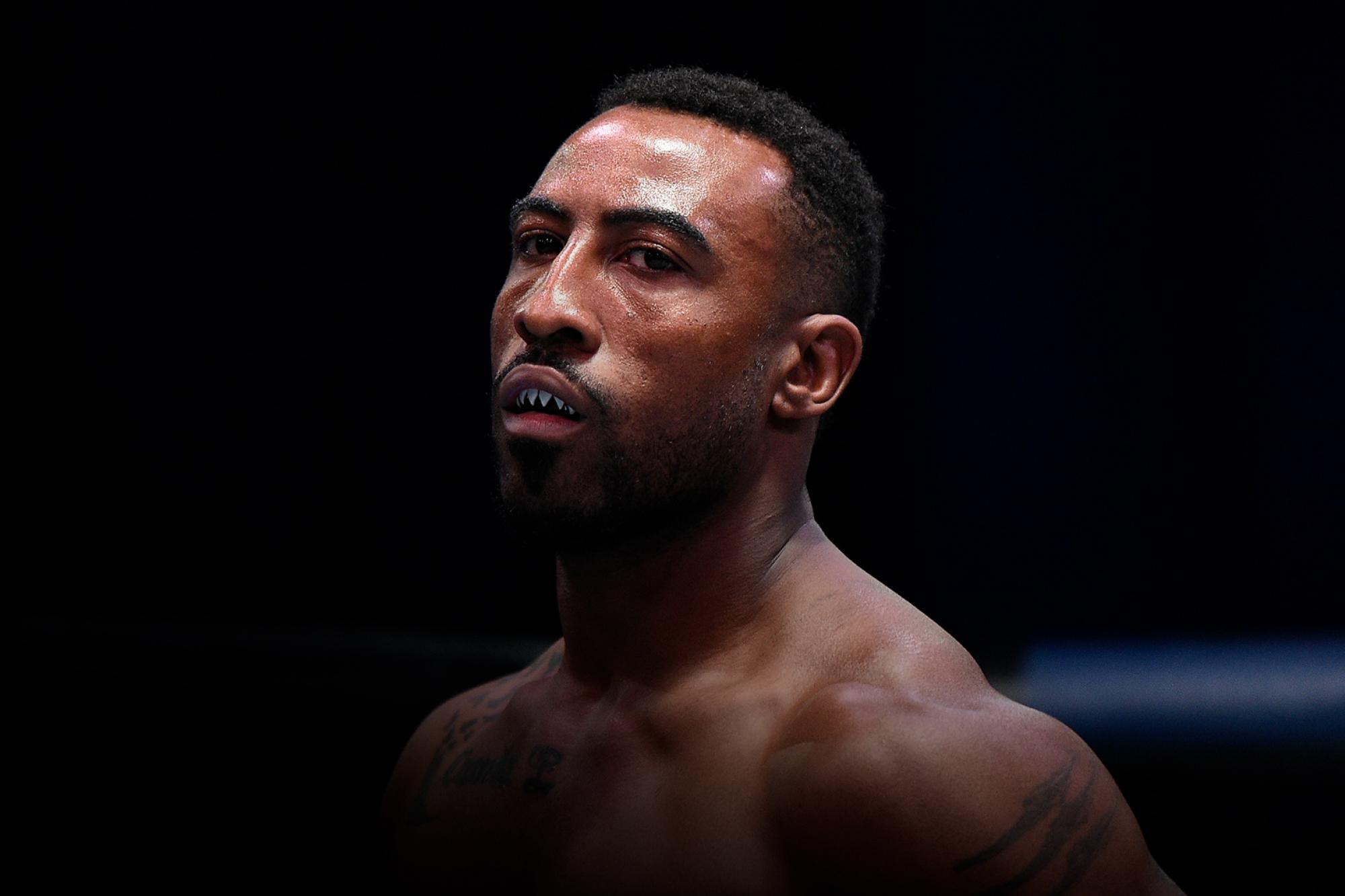 It took three appearances on Dana White's Contender Series for Jamie Pickett to earn a contract. Now, he's hoping to earn some fans as heads into his UFC debut.
By E. Spencer Kyte, on Twitter @spencerkyte • Dec. 14, 2020

Despite the fact that he closed out the contest with a string of consecutive strikes that would score scads of bonus points on Street Fighter V, the 32-year-old middleweight wouldn’t allow himself to get excited about the performance he put on and the long-awaited reward it was likely to bring.

“When I won on the Contender Series, it was like — so much stuff has gone wrong for me in life that I was sure I was going to get up there and they were going to tell me, ‘No, do another one,’” Pickett said with a laugh. “When he said, ‘Come get your contract,’ my heart dropped.

“I was pretty happy about that.”

Pickett’s victory in August was another example of the old adage, ‘The third time’s the charm,’ as the North Carolina native had come up short in each of his first two attempts to secure a UFC contract in Las Vegas. It was also the culmination of a lifetime spent overcoming all types of challenges and the payoff for placing one more bet on himself.

From an early age, there weren’t many people in Pickett’s life who believed in him.

Raised by his grandparents and separated from his siblings by social services, the UFC newcomer, who faces fellow Contender Series graduate Tafon Nchukwi on Saturday night in Las Vegas, spent a lot of time by himself, listening to people tell him he wouldn’t amount to much, wondering why he constantly had to go without. 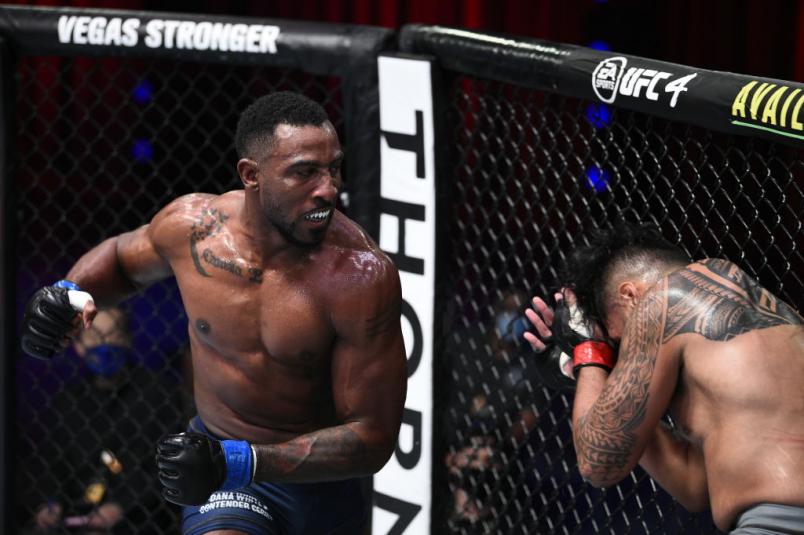 Growing up without the kind of guidance he needed — “My grandparents did the best they could,” he acknowledged — Pickett struggled, “stumbling over my own ignorance” as he put it. He internalized the emotions those challenges created and blamed himself for his perceived shortcomings.

Plagued by self-loathing and self-hate, anger became his defense mechanism and a hair-trigger meant that getting into fights was a frequent occurrence. 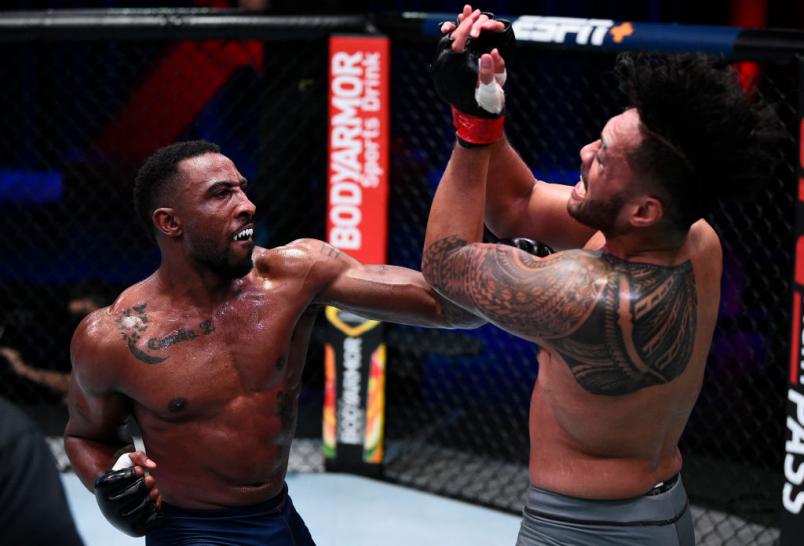 “I didn’t know anything about the UFC, I didn’t follow it,” began Pickett, explaining his path to pursuing a career in the cage. “I just followed Urijah Faber, and then I figured out the UFC was the biggest promotion, and then I started looking at the UFC and thought, ‘I want to do this; I want to be a fighter.’”

He followed his dreams and showed promise, rebounding from a 1-2 start to his professional career by putting together a six-fight winning streak and earning an invitation to compete on the first season of Dana White’s Contender Series, where he was submitted by Charles Byrd in the waning seconds of the opening round.

Two years and two victories later, Pickett returned to Las Vegas and landed on the wrong side of a unanimous decision result against Punahele Soriano. A victory three months later was followed by a long stretch where fights were nearly impossible to come by, prompting “The Night Wolf” to decide it was time to give up on his fighting career and shift his focus to something else.

“I was definitely giving up; I was done,” Pickett said, reflecting on his state of mind prior to his agent, LaMont Chappell, reaching out to let him know the UFC called, offering him another opportunity to compete on the talent search series held inside the Apex. “I was like, ‘I just can’t do it no more.’ I was tired of people backing out of fights, not getting fights.

“I’m still here. I’m still doing what I want to do. I’m still mentally strong. I’m still chasing my goals. Nobody gave me anything — I worked for it and I deserve it.

Pickett looked tremendous in August when he secured his contract by stopping Pati and has since taken his preparation to another level. 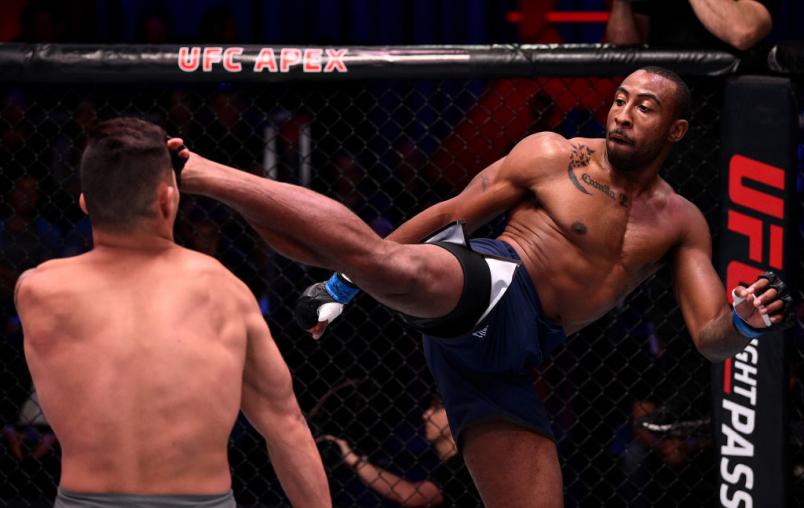 He made good on his press conference declaration that he would stop driving trucks and simply have someone else get behind the wheel for him, and committed that newly freed up time to working on himself as he readies to make the walk to the Octagon for the first time on Saturday night.

“I’ve got people driving trucks for me now,” laughed Pickett, who trains at Port City Sports Performance in Wilmington, North Carolina, alongside John Salter and the rest of the Salty Dog Jiu-Jitsu crew. “I’ve been staying in shape, being in the gym. I’m stronger, probably a little bit bigger, and I’m definitely faster.

“I just can’t wait to fight, get my hand raised, give people a fighter to be excited about seeing,” he continued. “I want to put on a show. I want to be like Donald Cerrone, but I want to actually get the title, though.

Saturday night, he’ll share the cage with Nchukwi, a fellow member of the Contender Series graduating class of 2020 and UFC debutant. 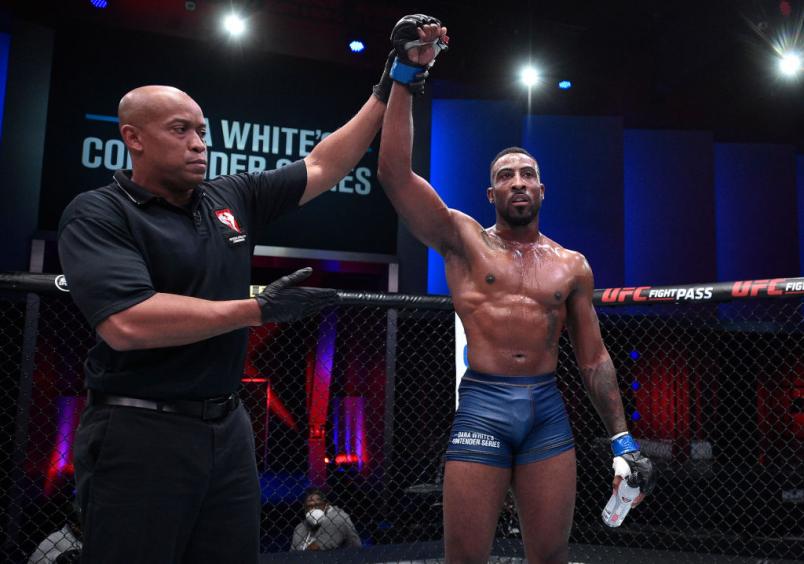 Unbeaten in four professional appearances, the 26-year-old is a physical specimen who has yet to see the third round. Already boasting a victory over another Contender Series alum and recent UFC winner, William Knight, the native of Cameroon is moving down to middleweight for the first time in his career.

“I don’t know anything about him,” Pickett said of Nchukwi. “I don’t look at my opponents; I don’t like it. I let my team look at my opponents and I just train accordingly. They teach me what to do and I believe in what they’re saying; plus, I trust my reactions and my speed to be able to nullify whatever they’re doing.

“I’m going to go in there and be me, fight him how I want to fight him,” he added. “I’m not worried about what he’s going to do. Maybe he’ll fall into some of the traps I’m going to lay. It’s going to be a fight and I want to give fans a fight that they want to see.

“I want them to look forward to when I’m going to fight again, so whatever I can do to get the fans excited to see my fight, that’s what I’m going to do.”

And if the entertaining affair ends with Pickett standing in the center of the Octagon, his hand raised in victory as Bruce Buffer bellows out his name?

“It’s going to feel good, but it’s going to be short-lived for me because I’m the type of person where I’m always looking for the next challenge,” he said with a chuckle. “I’ll be like, ‘It’s so great, I’m so happy… when am I going to fight again?’”

If all goes as planned, he won’t be the only one asking that question on Saturday night.