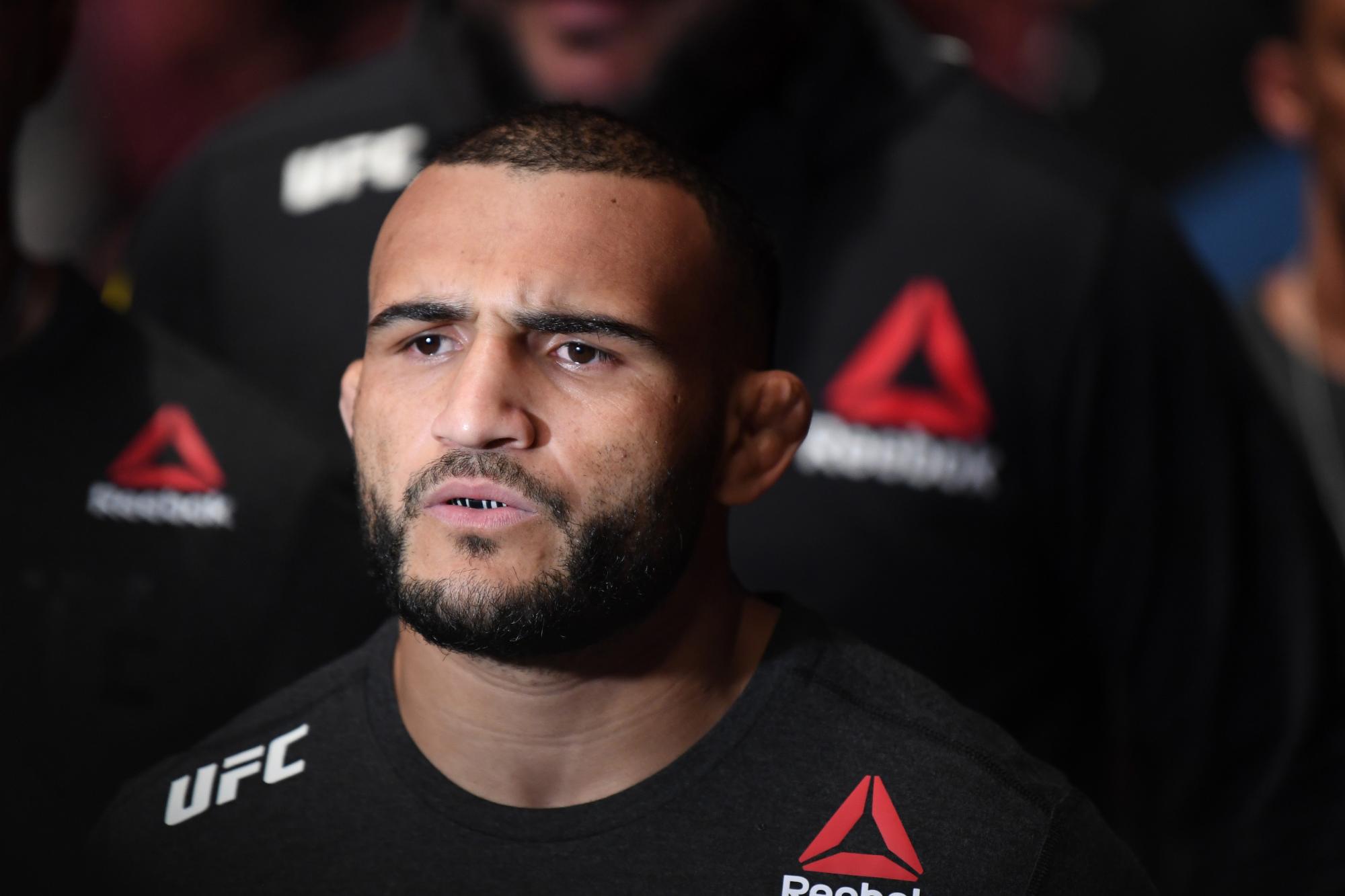 Pick an axiom — close mouths don’t get fed, squeaky wheel gets the grease, you never know if you don’t ask. Whichever one you select, it applies to John Lineker’s present situation.

And while he didn’t initially have something set up after his April loss to Cory Sandhagen, he got his wish when Cody Stamann was forced out of his Saturday bout with Rob Font. Now it’s Lineker vs. Font in a rematch that serves as the co-main event of this weekend’s debut venture to Bon Secours Wellness Arena in Greenville, South Carolina.

“No, but I am very thankful,” Lineker said through his longtime manager Alex Davis when asked if he expected his social media posts asking for a fight to produce an opportunity this quickly.

Not being as active as he wants to be is an understandable feeling for a fighter to experience and perhaps more so for an all-action, fan favorite like Lineker, who has been a fixture in the Top 10 since moving up to bantamweight in the fall of 2015. But it’s one that carries a few asterisks.

While the American Top Team representative has struggled to step into the Octagon as frequently as he would like, the last three times Lineker has seen a matchup fall by the wayside have all been a result of medical issues on his end.

In the three-and-a-half years since matriculating to the 135-pound weight class, Lineker has been forced out of a pairing with Cody Garbrandt in his pre-championship climb up the rankings, a proposed bout with Jimmie Rivera at UFC 219, and his bout with Sandhagen was pushed back to April from its original date in January due to Lineker dealing with a rib injury.

“Let me clarify this,” began Lineker when asked about the injuries and maladies that have limited him to eight appearances since joining the bantamweight ranks. “The first fight that I had a problem was against Cody in February 2016. I had caught Dengue fever, but I was better and ready to fight.

“The second one was December 30, 2017 — I came up with an abscess in my jaw and it was impossible to fight. And in the last one in New York, I had an injury. I would have fought but the New York commission did not let me.”

All of the explanations are legitimate and the kind of unfortunate things every athletes encounter in an unpredictable sport. But they’re also three instances where if the Brazilian wasn’t dinged up or dealing with the after-effects of Dengue fever, he could have competed.

A recent rash of activity in the bantamweight division also helped light the fire that prompted Lineker to pursue a quick return to action a couple weeks back.

Not only did the loss to Sandhagen cost him positioning in the rankings, but there have been eight bantamweight fights in the six weeks since he last competed, a run that has featured five of the athletes stationed ahead of him in the Top 10, plus new divisional kingpin Henry Cejudo, veteran brawler Eddie Wineland and emerging threat Raoni Barcelos.

“It was very important,” Lineker said when asked if part of his motivation for wanting to fight again so quickly was to maintain his place in the shifting title picture. “I dropped from No. 6 to No. 10 on the rankings; that’s a bad slip. I don’t really agree with it, though, because I lost by a split decision in what everyone said was a good fight.

“I dropped four places,” he added. “I don’t understand that!” 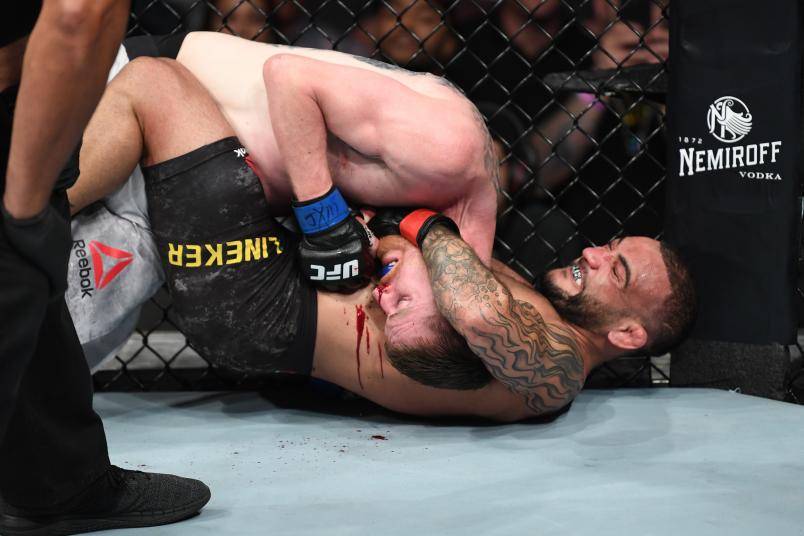 SUNRISE, FL - APRIL 27: (R-L) John Lineker of Brazil attempts to submit Cory Sandhagen in their bantamweight bout during the UFC Fight Night event at BB&T Center on April 27, 2019 in Sunrise, Florida. (Photo by Jeff Bottari/Zuffa LLC/Zuffa LLC via Getty I

But Stamann’s bad luck proved to be Lineker’s good fortune as the Michigan native was forced to withdraw from this weekend’s event at the start of the month, clearing a lane for the Brazilian to get back in the cage and put all this frustration behind.

“Absolutely none — I was born to do this,” said Lineker when asked if there was any hesitation in accepting a short-notice assignment against Font.

Part of it surely comes from not wanting to be the guy who publicly calls for an opportunity to compete and then turns down a fight a handful of days later, but it also helps that the two have already spent 15 minutes in the cage together, so Lineker is aware of what to expect and what he needs to do in order to secure a victory on Saturday night in Greenville.

The two squared off just over three years ago at UFC 198 in Curitiba, with Lineker walking away with a unanimous decision win. Font has gone 4-2 since then, scoring stoppage wins over Matt Schnell, Douglas Silva de Andrade and Thomas Almeida, as well as earning a clean sweep of the scorecards against Sergio Pettis last time out.

“I think that fighting a guy a second time, seeing them across that ring again can take a little bit of anxiety out of the fight,” Lineker said of facing Font for a second time. “You have an idea of how he feels.

“He is good and tough,” he said of his New England-based opponent. “He will be different this time around and so will I. I see us coming in there and having fun and entertaining everyone.”

And once the dust settles and the smoke clears, Lineker is hopeful that he can maintain a steady schedule, fighting as frequently as possible, not only because he wants to, but because the UFC fans want to see him competing regularly as well.

“I need to fight, I love to fight, and the fans want to watch me fight.”

Thanks to Stamann’s withdrawal, everyone gets what they want this weekend.