Jon Jones is back, dethrones Cormier in rematch 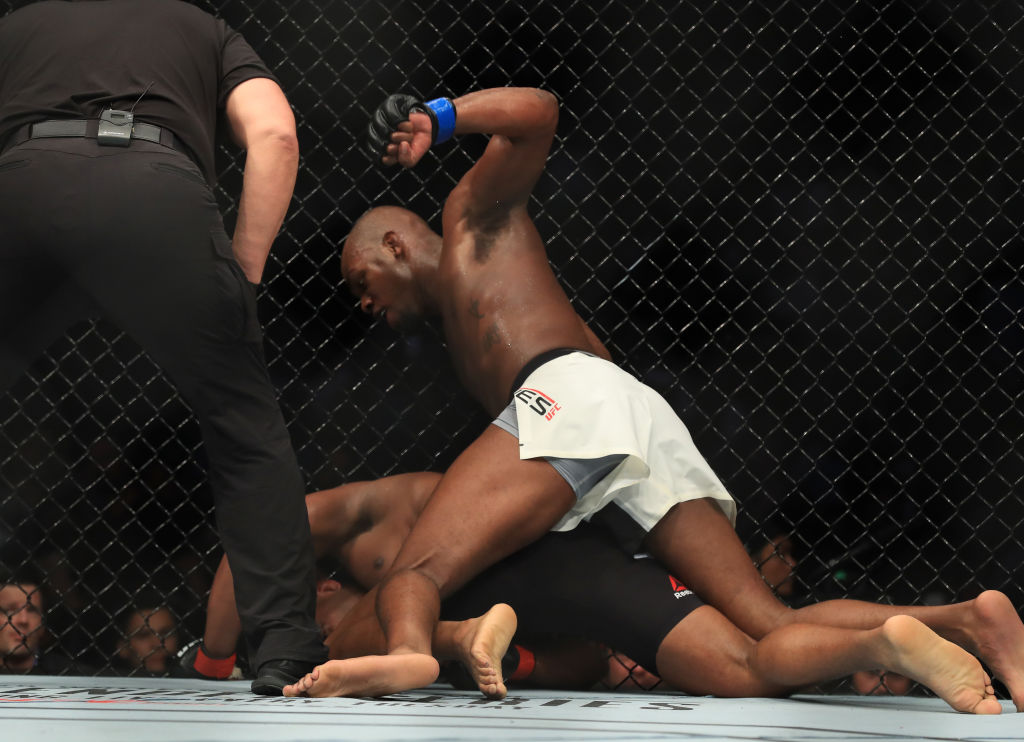 For two rounds in the UFC 214 main event at Honda Center, it appeared as if Daniel Cormier was on the verge of getting his redemption against longtime rival Jon Jones. But with one kick to the head, Jones turned everything around and halted the Louisiana native in the third round to regain the UFC light heavyweight title.

The win was a culmination of a long rivalry with Cormier, who Jones defeated in January 2015, as well as a welcome high point in a two-year stretch in which the New Yorker dealt with out of the Octagon issues that limited him to one April 2016 fight since the first bout with Cormier.

As for the bad blood between the two 205-pound greats, Jones paid a classy tribute to Cormier following the bout.

“I want to thank Daniel Cormier for being my biggest rival and motivator,” Jones said. “He has absolutely no reason to hang his head. He has been a model champion, a model husband, a model father, teammate, leader, and I aspire to be a lot more like that man because he’s an amazing human being. Unfortunately we were opponents, but outside of that, he is a true champion for the rest of his life.”

“I thought the fight was going well, I don’t even know what happened,” added a devastated Cormier. “They said I got kicked in the head. Man, that was so disappointing. I guess if you win both fights, there is no rivalry.”

They fought like rivals for 13:01 on Saturday night, though.

Jones came out fast, throwing lefts and rights, while Cormier landed a shot that knocked Jones’ mouthpiece out. A Jones takedown attempt briefly put Cormier on the deck, but the champion rose quickly, albeit with a cut under his left eye. After the frantic opening, the bout settled into a more sedate pace, but Jones stayed busy with a variety of strikes as Cormier moved forward. Jones’ kicks were a solid weapon, and they were being thrown everywhere. In the final two minutes, Cormier began throwing and landing more, with his late surge perhaps stealing the close round for him.

The compelling close quarters action continued into round two, but a clash of heads opened a cut over Cormier’s right eye and brought a brief halt to the bout. When the fight resumed, Jones was the busier of the two, but he wasn’t using his height and reach advantage, allowing Cormier to stay close enough to land his own shots. And as the round progressed, Cormier began trash talking his foe, with a quick trip to the deck drawing a roar from the crowd, which began chanting “DC, DC” before the champion scored with a right hand before the horn.

Jones’ high volume attack was piling up points in the third, but it wasn’t slowing Cormier’s forward motion, and once inside, the harder blows were coming from the champion. Midway through the round, though, Jones landed with a flush left kick to the head that probably would have knocked out anyone else. Cormier took it, but he was clearly hurt, and he wasn’t able to recover. Jones followed as Cormier stumbled to the canvas, and he unleashed a series of ground strikes. Referee John McCarthy gave Cormier every chance to recover, but after a few more blows, he had seen enough, stopping the bout at 3:01 of round three.