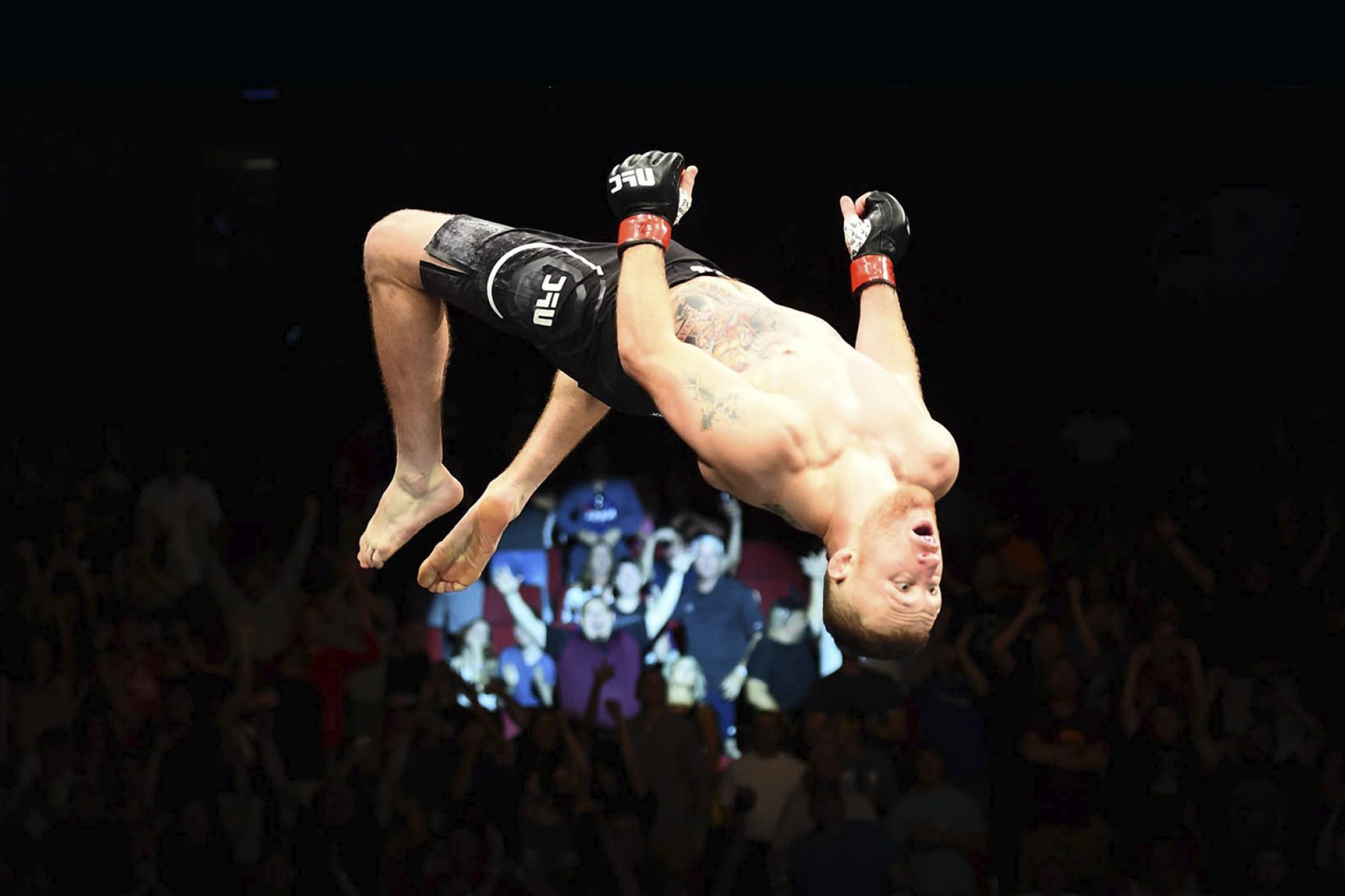 A fight against Edson Barboza isn’t something that’s usually requested. More often than not, it’s a painful night that is presented and reluctantly agreed to. Justin Gaethje isn’t like everyone else, though. In fact, he wanted the Brazilian punisher to be his first fight in the UFC back in 2017.

Gaethje didn’t get his wish then, but on Saturday, he gets Barboza in the main event of UFC Fight Night in Philadelphia.

“I don’t know if I’ve got a few screws loose or what,” laughs Gaethje. “When I came to the UFC, I was hoping Edson was going to be my first fight because he was the scariest dude. And people don’t want to fight me right now, so I kind of had the same problem he does.”

And Gaethje was more than willing to help his fellow lightweight contender out. But while Armageddon in short pants is expected this weekend, Gaethje plans on turning the tables and making it a painful night for Barboza.

“The guy is the best in the world for one round and, after that, the fact of the matter is that he’s a quitter and I make people quit,” he said. “I’m gonna take him into deep waters and he’s gonna come to a point where it’s not gonna be worth taking the damage because he has a family to go home to. I don’t have that. I go in there with the mindset that I don’t care if I go home tomorrow, and he can’t do that anymore. So I’m gonna go in there, put him in a bad spot and hopefully he folds.”

Those are hard words from a hard man in a hard sport. This isn’t like other sports, and no one embraces that reality more than Gaethje, who fights as if his life depends on it every time. That’s endeared him to fans around the world, but his attitude has to be a concern to family and friends, right?

Go inside a training day of Justin Gaethje as he prepares for his UFC Philadelphia main event fight against Edson Barboza.

The reasons are simple – to win the fight and win the crowd. Nineteen times, he’s done both, and even in the lone two defeats of his career to Eddie Alvarez and Dustin Poirier, he and his foes easily won the crowd. It’s a gift. To everyone watching.

“There’s nothing like being recognized for hard work,” Gaethje said. “People recognize effort and I think that a lot of that just comes from people realizing and understanding and respecting how much effort I put into the fight whenever I step in there, my willingness to take chances to finish somebody, and my willingness to take chances to have an exciting fight. I don’t go in there and say I’m gonna take these chances just so I can have an exciting fight. The fights that I fight, it’s who I am. It’s always been who I am, it’s something that’s a little hard to control, but I love the adrenalin, I love the chaos and I love giving people their money’s worth. So every time you watch me fight, you get your adrenalin shot. People go to fights to get their adrenalin shot and that’s what I give them. They’re ready for bed after that.”

But many thought that after punishing fights with Alvarez and Poirier that the 30-year-old had gone to the well too many times, that he was a shooting star built to thrill for a short period of time then walk away. That wasn’t Gaethje’s plan for his career, though, so he had to sit down with longtime coach Trevor Wittman and figure out a new way to do things.

“I was 18-0, then I fought Eddie and my style that I was fighting worked really well,” said Gaethje. “I broke him with leg kicks and he just landed that lucky shot. So I couldn’t fix what’s not broken. Then the same thing happens with Poirier, and as much as I felt like I was winning those fights and I was in there and implementing my game plan, I’m fighting the best of the best in the world, and not being able to stay focused for one minute out of 25 will kill you, and that’s what I really needed to be focused on. I wouldn’t say I have serious ADD, but if ADD is a thing, I got it and 25 minutes is a really long time, especially in that setting, so my ability to stay focused and not get distracted or become too comfortable is something I’ve really had to work on, but it comes with the job and you have to do it when you’re fighting the best in the world.”

Against James Vick last August, the old Gaethje and the new Gaethje combined to deliver one of his most impressive efforts to date. It didn’t add to his laundry list of Fight of the Year candidates, but it did garner him a Performance of the Night bonus and gave him a new lease on his career.

“I really focused on it in my last fight and I believe that I achieved something different,” he said. “Usually I go in there to create chaos, and my plan was to go in there and control the chaos – still create it, but control it more. And I think I found success. I had a much different experience in the last fight than I usually do as far as my ability to retain things and my ability to focus on certain things to end the fight and I enjoyed it, so I’m excited to go back in there and do it again.”

And as always, we’ll be watching and Gaethje will be swinging. It’s just what he does.

“I started at four years old and once you start something, you either want to follow it through or you choose something that’s easier,” he said. “And I fell in love with the challenge that wrestling brings, and I found the same challenge in fighting. When I grow older, these will always be the good ol’ days for me. Fighting Edson Barboza, fighting Eddie Alvarez, fighting Dustin Poirier. Fighting the best guys in the world, these are stories that I will want to tell the rest of my life. That’s why I make the sacrifice and that’s why I think it’s worth it.”