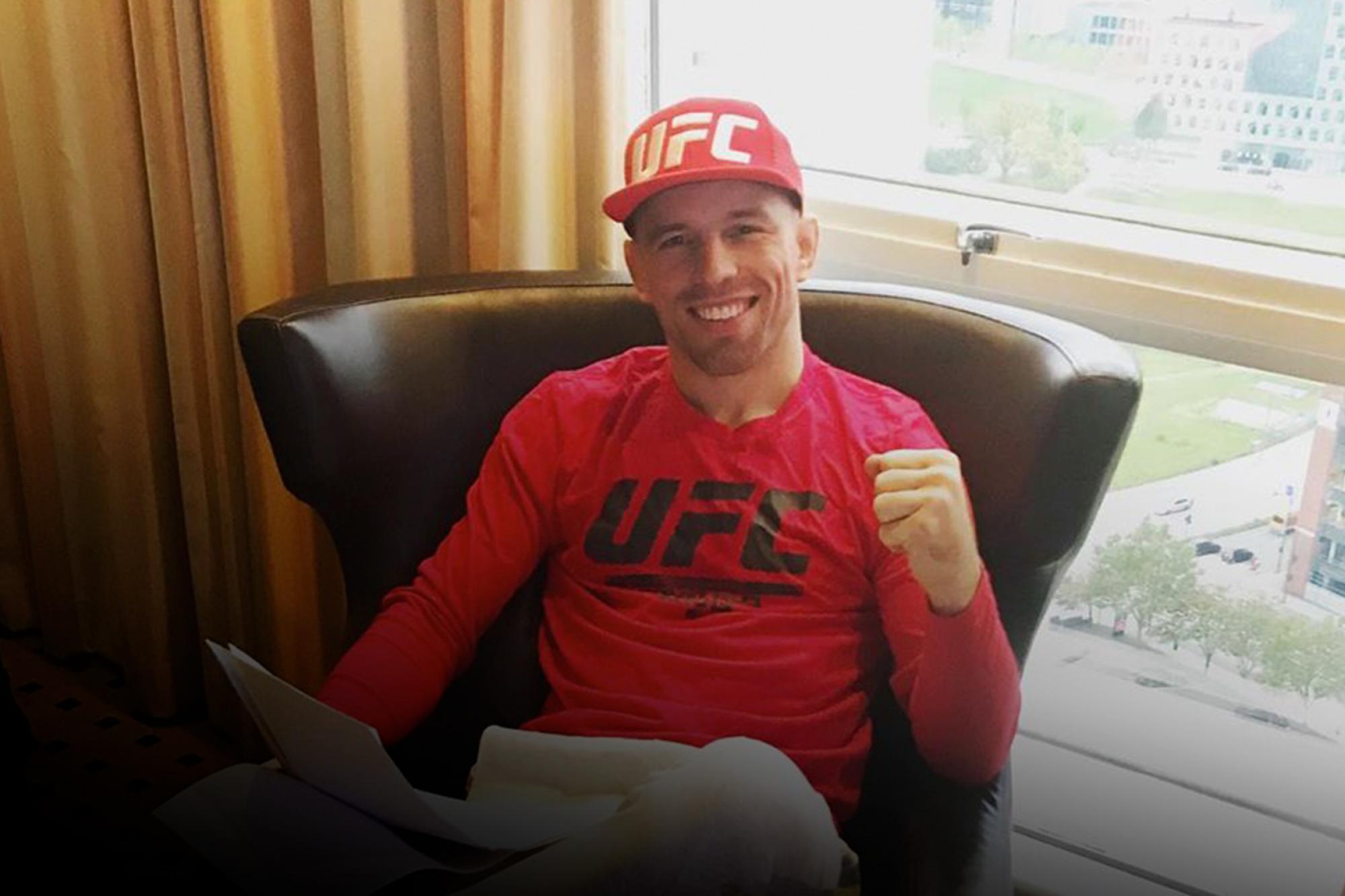 The decorated Olympic wrestler is relishing the situation in which he'll make his UFC debut.
By Gavin Porter, on Twitter: @PorterUFCNews • Sep. 25, 2019

You’ve heard all about UFC flyweight and bantamweight champion Henry Cejudo’s Olympic gold medal, but have you heard about a UFC newcomer who’s bringing his silver medal to the table?

Mark O. Madsen, who won a silver medal in men’s Greco-Roman 75 kg wrestling at the 2016 Summer Olympics in Rio, is set to make his UFC debut this Saturday. Madsen, who hails from Denmark, will be featured on the UFC’s first ever card in his home country.

Talk about the perfect opportunity. And Madsen knows it.

“I retired from wrestling 18 months ago and I’ve been getting up every single day with one goal in mind – to join the UFC,” Madsen said. “Now I have a signed UFC contract and I’m competing in Copenhagen in front of a home crowd. It couldn’t be better right?”

Madsen, a veteran of three different Olympic Games, has felt what it’s like to be on the big stage throughout his wrestling career. But he thinks that what he’s about to experience at UFC Copenhagen will be something completely different than he’s ever felt.

“I have competed on some of the greatest wrestling stages in the world - European Worlds, even Olympics,” Madsen said. “But I have to say Royal Arena is almost a sold out UFC event in front of nearly 13,000 Danish. A home crowd like that, I have to put it all the way up there; it will be massive. You know the hype is real, the hype is massive for this event and I’m just so excited and thankful to be a part of it.”

Madsen gained MMA experience after his wrestling career on the regional circuit, fighting all eight of his pro fights in Denmark. While he is undefeated and coming into the UFC with plenty of anticipation, Madsen understands that his lightweight bout against Danilo Belluardo will be his toughest test yet.

“This is the UFC. This is the world’s best MMA league. No easy opponents here, it’s the best fighters in the world,” Madsen said. “I’m facing Danilo Belluardo, probably the best MMA fighter that I’ve faced up until now, so I will definitely have to put on my best performance. He’s got great wrestling, he’s got great grappling, he can punch, he can kick, and he’s aggressive. It’s a great fight and this is what MMA is about, going out there to compete. It’s a 50/50 fight and I like it. Let’s go.”

In preparation for this fight, Madsen worked out with some of the best lightweights in the world, including UFC champion Khabib Nurmagomedov and veteran contender Justin Gaethje. He has also spent time at the UFC Performance Institute preparing for Copenhagen, and now he is achieving another dream of his thanks to incredible self-belief and plenty of blood, sweat and tears.

“People told me I was too old. Couldn’t box, couldn’t grapple,” Madsen said. “Nobody expected me to be sitting here after just 18 months of hard work and dedication.”

You’re not going to want to miss Madsen’s UFC debut at UFC Copenhagen this Saturday on ESPN+. The card begins at 11am/8am ETPT, with the main card starting at 2pm/11am ETPT.