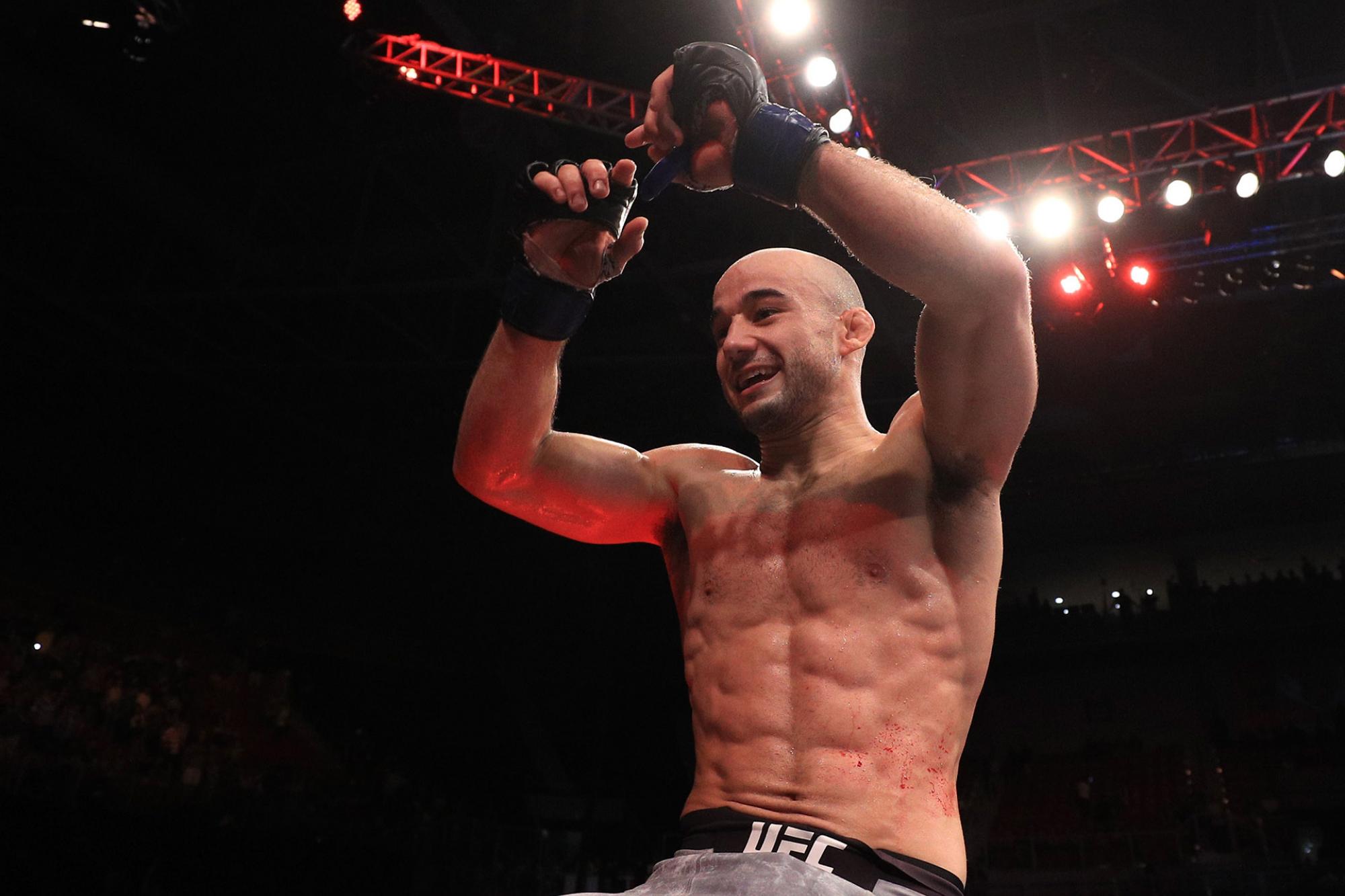 Marlon Moraes' Wait Is Over

Marlon Moraes was the odd man out during all the UFC bantamweight action this summer. Now he's ready to make the most of his opportunity at Fight Island
By E. Spencer Kyte, on Twitter @SpencerKyte • Oct. 9, 2020

Given his gentle tone and generally laid back attitude, it’s hard to picture Marlon Moraes being upset and expressing anger, but the bantamweight standout admits that there was a stretch earlier this summer where being the odd man out got under his skin.

“It kind of sucked for me because I had a fight,” began the soft-spoken Brazilian, who returns to action against Cory Sandhagen in this weekend’s main event. “I was supposed to fight in June, against Petr Yan, one of the top guys in the division, and this whole pandemic plays out and I end up losing my fight.”

With then-champion Henry Cejudo penciled in to face former bantamweight kingpin Jose Aldo at UFC 250 in Sao Paulo, Brazil, the anticipated June pairing between Moraes and Yan seemed destined to determine the No. 1 contender in the 135-pound weight class.

But then COVID-19 forced the postponement of several events and altered the complexion of several others. In the midst of getting everything re-aligned, Aldo was forced out of his pairing with Cejudo and replaced by former champ Dominick Cruz. After Cejudo dispatched “The Dominator” in the second-round of their co-main event showdown at UFC 249, Cejudo shocked the MMA world by announcing his retirement, creating a vacancy atop the division.

Yan was selected to compete for the vacant belt and after being forced out of his scheduled clash with the newly retired Cejudo, Aldo was tabbed as his UFC 251 opponent, leaving Moraes to watch as the man he was supposed to fight and the man he defeated last December battled to determine the new UFC bantamweight champion.

In the span of a couple months, Moraes went from facing Yan in a five-round main event that would likely determine the next title challenger, to being the guy on the outside of the title picture looking in, unsure of when he would fight next and who he would face.

“I wanted to fight and I wanted to get my fight,” said Moraes. “I knew I needed another one to get to the belt, so I got a little upset because I got left on the side and I had no fight. The other guys that I could fight, they didn’t want to fight me. I ended up getting left and didn’t know what to do.

“I tried to get back in there,” continued the talented Brazilian veteran. “I tried Dominick Cruz. I tried Rob Font. I tried every single one, other fights we had before — Cody Stamann, (Jimmie) Rivera, (Aljamain) Sterling. I tried fighting any of the Top 10 guys and things just didn’t work out. I just tried to stay positive and stay training because I knew at some point I was going to get a fight.”

Finally, in early August, the fight with Sandhagen materialized.

“He’s one of the best fighters in the world and that’s how I look at this fight,” he said of this weekend’s headline pairing, which closes out the third of five consecutive events to be held during the UFC’s second residency on Fight Island in Abu Dhabi. “I don’t care how my last fight was, I don’t care how his last fight was — I care about who we are as fighters.”

Moraes’ way of looking at things is an apt perspective, both in terms of their fight this weekend and when it comes to dissecting many of the contests that transpire inside the Octagon.

Although Sandhagen’s last appearance resulted in a quick submission defeat to Aljamain Sterling, he lost to a streaking contender on an impressive run. Prior to that, the 28-year-old Elevation Fight Team member had gone 5-0 under the UFC banner, including back-to-back decision wins over divisional stalwarts John Lineker and Raphael Assuncao to establish himself as one of the top contenders in the 135-pound weight class.

Losing to Sterling doesn’t strip Sandhagen of any of his talents, diminish his prior accomplishments, or alter his standing in the division all that much; it simply adds a second loss to his resume and moves him a step or two back in the championship chase.

And rather than look at him as someone coming off a rapid loss, Moraes sees his opponent this weekend as the elite talent he is and their fight on Saturday as a risky assignment he’s happy to undertake.

“Whenever you step into the Octagon, there is always pressure, no matter who you fight,” began Moraes. “If you’re a contender, the champion, or your first fight in the UFC — it does not matter; you’re always under pressure. If you don’t want to be under pressure, you’re in the wrong profession.

“I love the risk and I love the challenges,” he continued. “We all know how tough Cory is, but I’m a tough fighter and I can’t wait to challenge myself against him.”

It’s been a strange couple of years in the bantamweight division, yet despite the myriad frustrations and feeling like the odd man out, Moraes always worked his way back around to focusing on the things he could control and making sure he was as prepared as possible for when he got the opportunity to compete for the first time this year.

He’ll do so on Saturday night, and he plans on making a statement.

“We’re all tough guys — I think the bantamweight division is one of the best divisions in the UFC — and I think my time is right,” he said. “I feel good, I’ve been training very well, and I can’t wait to get in there and perform.

“We did the right things and we prepared well for this five-round fight against Cory, and we’re very confident that we’re going to show the world how good I am.”