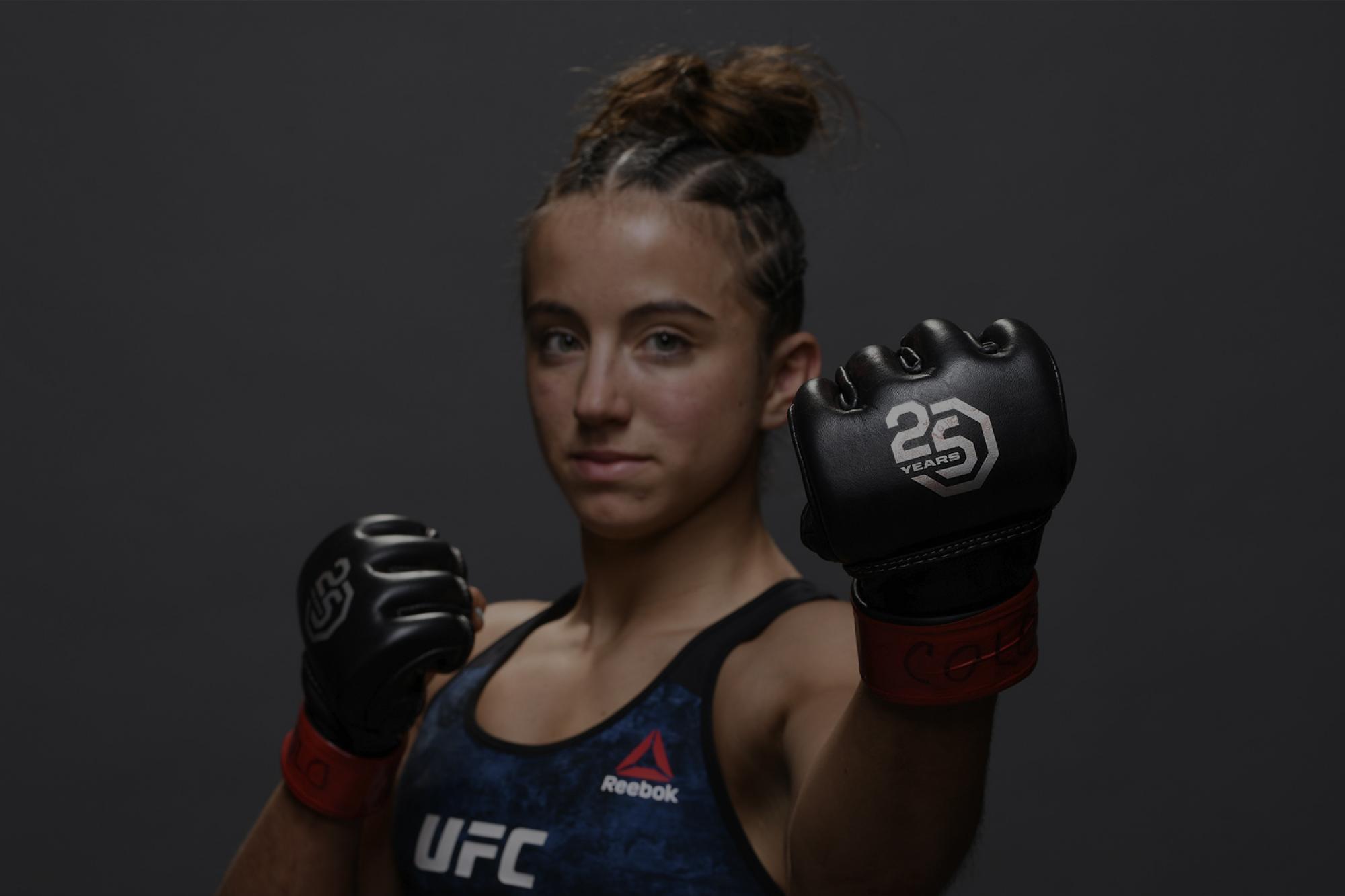 Maycee Barber has set the bar high for other 20-year-olds. And it’s very possible that she will be “The Future” in the UFC.
By Thomas Gerbasi • Mar. 22, 2019

Whether dealing with the media, handling matters on social media, or racing out to a perfect 6-0 pro MMA record, 20-year-old Maycee Barber was apparently born with ice water running through her veins, unable to be rattled by anything.

Not even a scary situation regarding previous weight cuts that prompted her to move from strawweight to flyweight for Saturday’s bout with JJ Aldrich has broken the armor of the Colorado native, making it a natural question to wonder if she ever gets nervous.

“Oh, all the time, like two hours ago” she laughs, answering without hesitation. “I get nervous about everything, but it’s hard to be nervous when you’re living a pretty amazing life.”

It has been amazing so far, with Barber announcing her arrival on the world stage with her July 2018 win over Jamie Colleen on Dana White’s Tuesday Night Contender Series, and then following it up with a second-round stoppage of Hannah Cifers in her UFC debut last November. All the while, “The Future” has made no secret of her desire to become the youngest champion in UFC history, and few are doubting that proclamation.

“That’s pretty good, but I also expect it, and I believe it,” she said. “I believe that if you believe in something, other people will believe it, too. And when you hear something enough times, you’re going to start to believe it whether you want to or not. (Laughs) I feel it’s something that’s true, and if I just keep speaking it, people are eventually gonna decide to listen.” 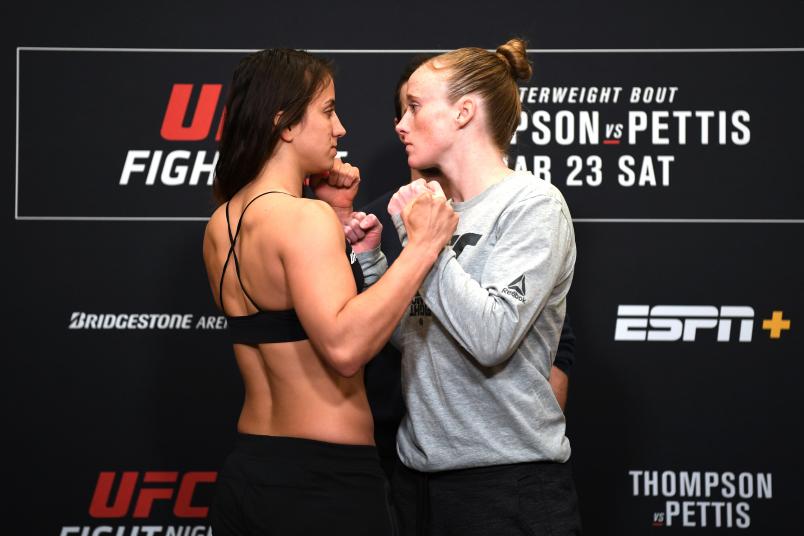 Oh, they’re listening. Yep the remarkable aspects of this story is that a) they believe it and b) it doesn’t come off as cocky when Barber talks about her future plans.

That may come down to her obvious talent, but it also has to do with her personality. Though confident in her ability, when talking about other fighters, the level of admiration is clear. So there’s a respect for those ahead of her, as well as a confidence that she’s going to be alongside them soon.  A dangerous combination, especially at 20, and Barber is embracing it all.

“What kind of person is 20 years old – I don’t know many of them – gets to be on ESPN, gets to fight for the UFC, and I did a preview for an Amazon Prime movie? It’s pretty amazing. And nothing’s really gonna change that as long as I continue to do what I’ve been doing.”

She expects the ride to the top to continue in Nashville, but on the way to “Music City” was a rough spell that forced her ten pounds north in order to protect her health.

“It’s so hard for me to explain the damage that was done,” said Barber. “I can say it over and over and no one’s gonna really understand except for the professionals, like the people at the (UFC) PI (Performance Institute). “It messed up my hormones, it messed up my ability to burn calories, it messed up everything that I had going for me in terms of being able to cut weight.”

Barber hit her mark Friday with no issues, weighing in at 126 pounds for Saturday’s bout with Aldrich, and while it’s an ongoing process to get her to where she wants to be, she doesn’t rule out a return to 115 pounds.

Not surprisingly, Barber is willing to do what it takes to get the job done, just like she’s been doing since turning pro in 2017. Even for this camp, in addition to dealing with the experts at the UFC PI, she got in work with her longtime coaches Marc Montoya and Matt Pena, as well as with the Roufusport squad and Izzy Martinez. All this, despite moving to Wisconsin with her family, a family she can’t wait to see this week, when the nerves would normally be at their highest.

“For this camp, I haven’t seen my family in almost three months,” said Barber. “I haven’t given my mom a hug, and the excitement for me to see her overpowers the nerves of anything. The fact that I get to see my younger brother and that I worked so hard for this amount of time and given up seeing them and being around everyone, I feel that more than I feel the nervousness. And anytime I do feel the nervousness, that just means you care. It means you take your job seriously.”

Maycee Barber has set the bar high for other 20-year-olds. And it’s very possible that she will be “The Future” in the UFC. She’s got all the ingredients for success. Or as she puts it, all the puzzle pieces. And we can’t wait to see the finished product.

“Life is like a puzzle,” she said. “You have those really good pieces, and when you put them into the puzzle, it makes it look that much better. And then you have the pieces that you don’t think did anything, but by the time you have all the pieces together, it looks like an amazing picture and a masterpiece. And even if that one crappy piece was missing, even though it was a crappy piece, the whole picture is missing something. Everything is a piece of the puzzle – the sad days, the good days, the bad days, the injuries, the wins, the losses. Those are all puzzle pieces, and if one of those things are missing in your puzzle, then it’s missing in your life and it’s missing in your story.”