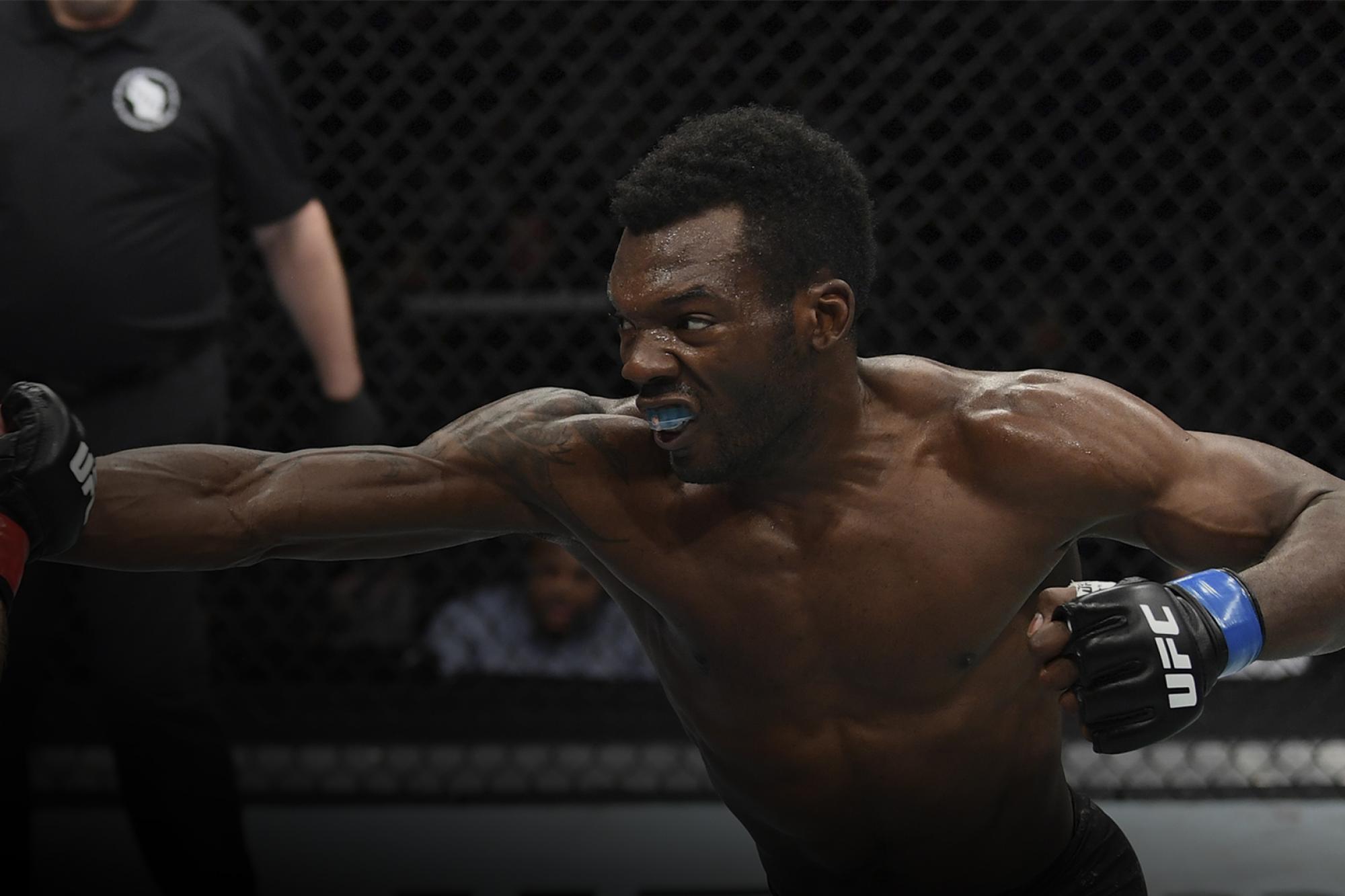 No Moral Victories For Dwight Grant

Dwight Grant wasn’t interested in any moral victories. His UFC debut against Zak Ottow in December wasn’t his best performance, but he was confident that he won, happy to accept what the legendary boxing trainer George Benton would say:

But Grant had a bad feeling about where things were heading when he heard the words “split decision.”

“Once I heard that, I prepared myself for the worst,” Grant recalled. “Then I thought, just remember, be cool, don't make any weird faces.”

He laughs now, but he wasn’t in a laughing mood when that split decision went to Ottow. It was Grant’s first loss in over seven years and, for him, the worst part about it was that after three rounds, he felt like he wasn’t even in a fight.

“I lost the fight and I didn't get beat up?” he said. “This is stupid. I was so mad. At least beat me up so I could feel like I did something. My condition was so pristine that it didn't make any sense to me. I had nothing to think about other than the fact that I didn't win.”

Not surprisingly, on the plane ride home from Milwaukee, Grant was texting his manager and telling him that he wanted to get back into the Octagon as soon as possible.

How soon? Well, when Randy Brown was forced out of his bout with Chance Rencountre in Brooklyn on January 19, Grant was ready to step in. Why wouldn’t he? This was the perfect way to return, in his hometown, across the street from where he worked for years and down the block from a place he spent his formative years.

“I used to work across the street from Barclays Center in Atlantic Mall for four, five years doing retail, and this is before it (Barclays) was even built,” Grant said. “Then when it got built, I still traveled to downtown Brooklyn all the time. I spent most of my teenage years at BAM, they had a skate spot there, and that would be the beginning of my adventure skating every Saturday and Sunday. So I always wanted to do something over there.”

Unfortunately, Grant wasn’t going to be licensed in time for the bout, and Kyle Stewart got the Brooklyn assignment. 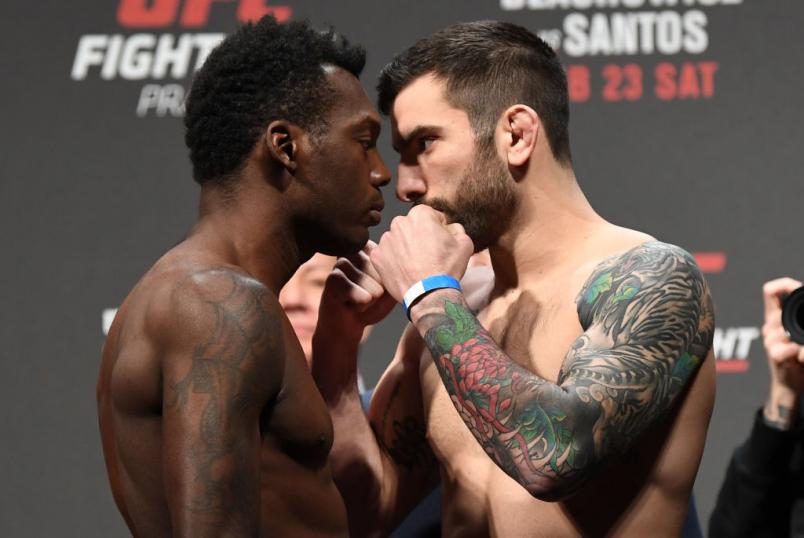 Carlo Pedersoli (L) and Grant face off during weigh-in at O2 arena on Feb. 22, 2019 in Prague (Photo by Jeff Bottari/Zuffa LLC)

“I was ready,” he said. “I fight in Brooklyn, all of Bed-Stuy is coming to that fight. (Laughs) So hopefully, I'm able to get a fight over there; it would be a dream to fight there.”

So call it a dream deferred, but the 34-year-old welterweight still wanted a quick turnaround, which brings him to Prague for a Saturday meeting with Italy’s Carlo Pedersoli. And while Grant showed just how dangerous he could be in his Contender Series knockout of Tyler Hill, he learned a key lesson in the Ottow fight that may make him even more deadly on fight night.

“I'm happy that it (the Ottow fight) happened because I think I've been fighting on auto-pilot for the past two or three fights,” he said. “I'm fighting in a way that allows me to get the KO, but I didn't grow enough to be able to stop what happened to me in the last fight. My loss before that (to Chase Owens in 2011) was very similar to this one, where there wasn't a lot of activity, the guy was just moving away. But I learned, now that it happened twice, that it was something wrong with me. And I can't let that happen again.

“All I've been doing since I got back is preparing myself to finish the fight no matter where it goes, and no more trying to finish a specific way,” Grant continues. “I like things to work a certain way, I like things to be in order, and I see a specific finish with a particular hand, a particular quarter-turn, and I keep trying to set it up that way. And if it doesn't happen, I'll end up freezing and waiting around. No more of that. Now I'm allowing myself to go everywhere and do everything. I'm gonna make sure I get the finish, no matter what. It's gotta end.”

When it does, Grant expects to be the one left standing. He knows the point game, he’s been the victim of it before, and he’s vowing to do anything in his power to make sure it doesn’t take away what he loves the most about this sport.

“I came from kickboxing and I understand points, and what hurt my feelings even more is that I thought I won by points,” he said. “I know that no matter what anybody says when I fight them, they're going to try to take me down. The only thing that bothers me is that what excites me about fighting and what made me do it instead of becoming a professional skateboarder or a stuntman or building computers was that I remember having crazy hard sparring matches and having so much fun with my friends. I like the fray and the brawl of a fight. There's nothing more fun than that. So the idea that I'm gonna be doing it and the other person's gonna be trying to stay away and hide, it did make me upset before. But now, the game is not just getting into a brawl and getting the finish; the game is luring them into a position to where they have no choice but to either bite down on their mouthpiece or climb out the cage altogether.”