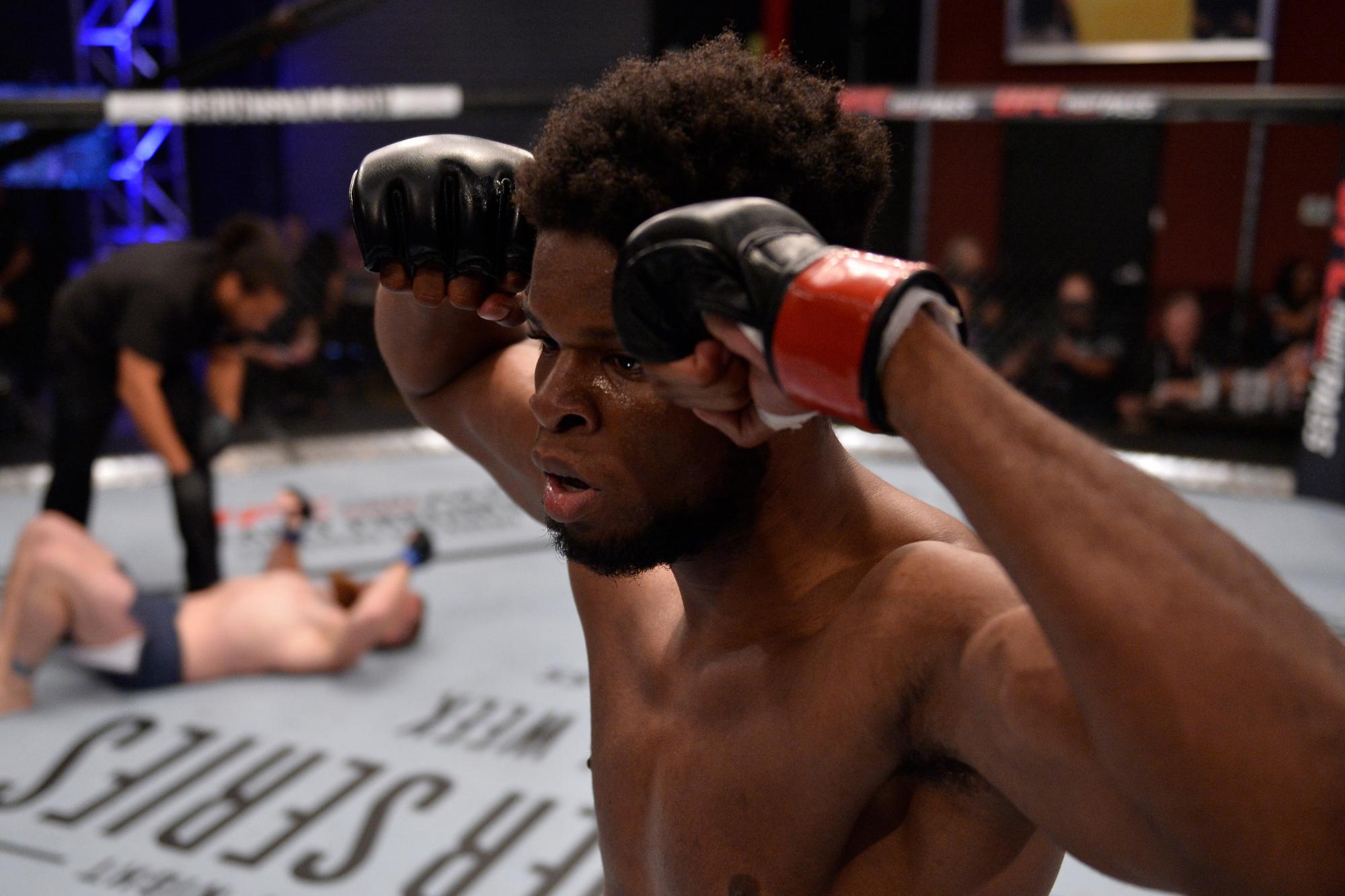 On the Rise: Newark Edition

This is one of those events that has the potential to be one we look back on in a year or two as a key transitional moment in the careers of several promising competitors. This is the Newark addition of On the Rise.
By E. Spencer Kyte • Jul. 29, 2019

The last time the UFC rolled into Prudential Center, Anthony Rocco Martin was still “Tony” and competing at lightweight, Randy Brown was making his promotional debut, and Kung Fu Panda 3 had replaced The Revenant atop the box office charts.

This weekend, the Octagon returns to the home of the New Jersey Devils and Seton Hall men’s basketball team (Go Pirates!) with a card packed with fighters looking to make their mark and build some momentum as the second half of the year takes off in earnest.

Headlined by a welterweight showdown between former titleholders Colby Covington and Robbie Lawler with veteran lightweights Clay Guida and Jim Miller manning the penultimate position on the card, this is one of those events that has the potential to be one we look back on in a year or two as a key transitional moment in the careers of several promising competitors.

Additionally, this could be the jumping off point for a trio of relative newcomers looking to cement their position on the roster and start making progress in their respective divisions.

This is the Newark addition of On the Rise.

Being a fan of traditional stick and ball sports has taught me not to give up on young prospects after a couple early stumbles and I’ve carried that mindset over to my MMA fandom. Despite suffering a submission loss in his promotional debut earlier this year, there is still a great deal to like about the promising, but still unproven, Nzechukwu.

Fighting out of Fortis MMA, the Nigerian-born light heavyweight has tremendous measurables for the division, standing six-foot-five with an 83-inch reach. He’s still in the process of developing his weapons and learning how to best utilize his size, but the raw tools are clearly there and working with Sayif Saud and the crew in Dallas means the youngster is getting the best coaching possible as he looks to make strides in his professional career.

After graduating from the Contender Series, Nzechukwu was thrown into the fire in his debut, matched up against Scottish submission ace Paul Craig. Through the first 14 minutes of the fight, Nzechukwu was in control, avoiding troublesome spots while doing enough to carry a two-round lead into the final frame. Unfortunately, his inexperience — and Craig’s savvy — showed in the closing moments, as the veteran grappler was able to grab wrist control, sweep Nzechukwu off balance and connect on a triangle choke that brought the bout to halt.

This time around, Nzechukwu gets someone a little less seasoned, as he squares off with fellow prospect Darko Stosic, who looked outstanding in his debut, but struggled mightily in his sophomore effort against Devin Clark earlier this spring.

A victory isn’t going to propel the Fortis MMA product into the title chase and he’s honestly at least a year away from even being considered for the rankings. But Nzechukwu clearly has potential and Saud has shown an ability to develop talent, so the potential for his young charge showing considerable improvements and this being a major step in the right direction are high.

And those are the kinds of things we need to pay closer attention to with young fighters going forward.

Giles started his career with 11 consecutive victories, garnering attention as a rising star competing on the regional circuit where he captured a victory over current UFC light heavyweight upstart Ryan Spann before graduating to the Octagon in 2017. The last two wins in his lengthy run of success came inside the UFC cage, as he posted stoppage wins over James Bochnovic and Antonio Braga Neto to establish himself as someone to watch.

But then Giles pressed pause on his professional fighting career in order to complete his law enforcement training at home in Houston. He returned to action in May following an 18-month layoff and suffered the first loss of his career, getting out-boxed and ultimately submitted by veteran Zak Cummings.

This weekend, Giles gets the opportunity to get back into the win column with another appearance opposite an experienced foe with a slick submission game as he takes on Roufusport product Gerald Meerschaert.

This fight is going to go a long way in determining how far Giles can climb in the 185-pound rankings, as he’s shaken off the rust and has shown the potential to be a factor in the middleweight division. Meerschaert has dropped two straight, but is the kind of game, tough out who always makes his opponents work hard for their wins, so if the 26-year-old Giles can secure a victory, it will get him back on track and in a position to move another rung up the division ladder next time out.

The Albuquerque native made two appearances on the Contender Series, failing to secure a contract after quickly submitting Nick Urso on Season 1 before returning to stop Riley Dutro on Season 2, sandwiching a win over fellow Contender Series alum CJ Hamilton in between the two Las Vegas appearances.

The win over Dutro got Espinosa the call to the Octagon, and back in March, he made his promotional debut, edging out Eric Shelton in the kind of performance that forced you to take note of the debuting flyweight. Boasting excellent quickness and a well-rounded skill set, the Luttrell’s MMA product outworked the more seasoned (at least in terms of UFC experience) Shelton, scoring a clean sweep of the scorecards.

While not the most high profile names on the card, this is the kind of litmus test fight that gets hardcore fans (and super-nerds like me) excited because it will immediately indicate where Espinosa fits in the flyweight ranks. Schnell is a tough out who has never looked better, and walking into the cage and turning him back to make it six straight wins would be a solid accomplishment for Espinosa.