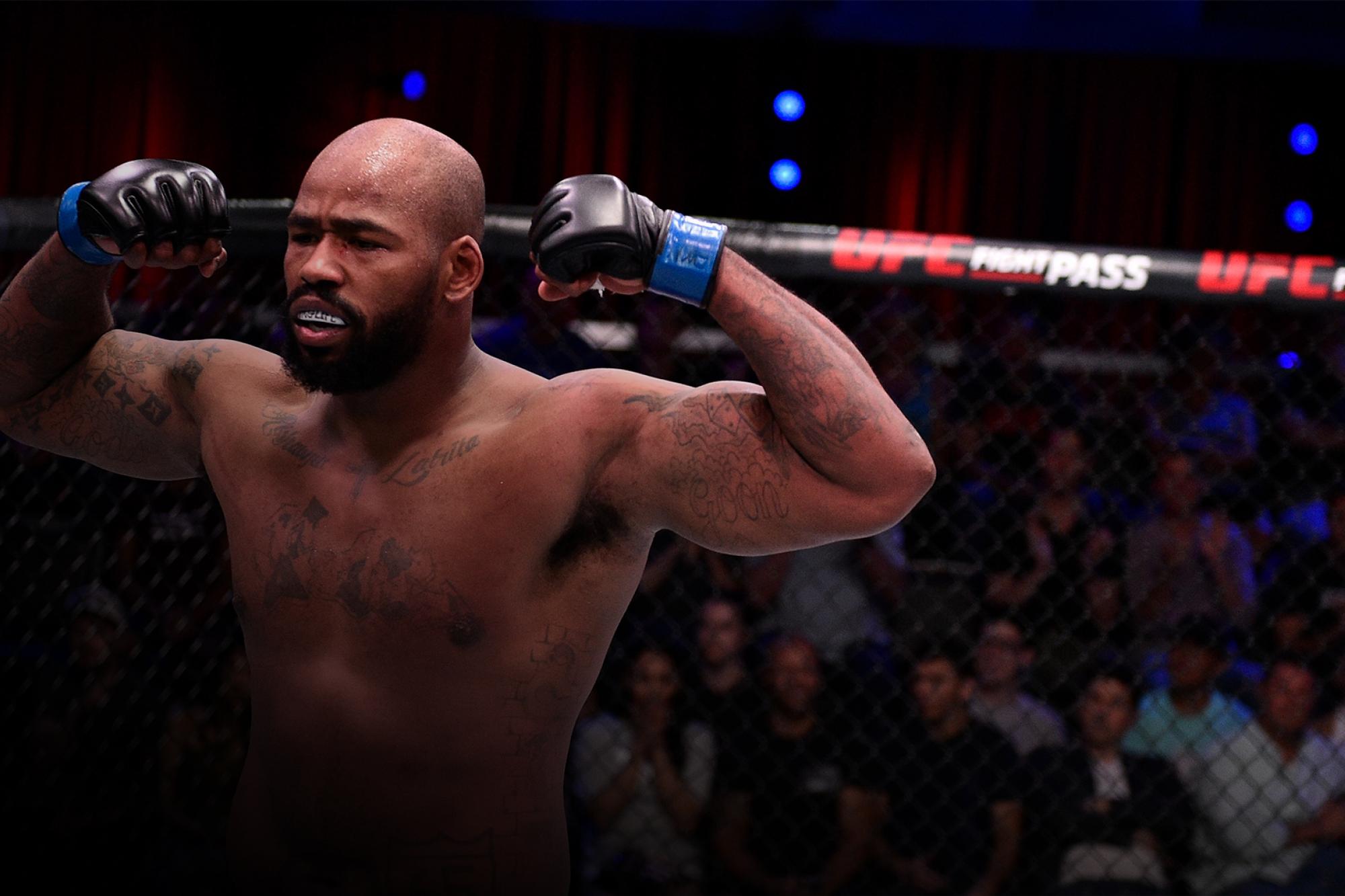 On the Rise: Singapore Edition

The UFC makes its fourth trip to Singapore — and third stop in as many years at Singapore Indoor Stadium — this week with a fight card headlined by veteran welterweights Ben Askren and Demian Maia.

Saturday’s events features a vast array of emerging talents looking to use this international event as a launch pad to bigger and better inside the Octagon, much like reigning featherweight champion Max Holloway did the first time the UFC ventured to Singapore in January 2014. Positioned in the final preliminary card bout of the evening and coming off back-to-back losses, “Blessed” collected a second-round stoppage win that became the starting point of his 11-fight march to the top of the 145-pound weight class and 14-fight unbeaten streak within the division.

Are there any potential future champions set to make the walk this weekend? Only time will tell but, for now, here’s a closer look at three of the more compelling upstarts set to compete.

This is the Singapore edition of On the Rise.

The only person to compete on all three seasons of the Contender Series, Mayes showed improvements each time out, finally securing a contract earlier this summer.

He was considered one of the top heavyweight prospects in the sport when he arrived on Season 1, but conditioning issues and inexperience resulted in a third-round stoppage loss to Allen Crowder. Mayes rebounded with a win over Mohammed Usman on the regional circuit and followed it up with a bloody victory over Mitchell Sipe on Season 2, but was overshadowed by fellow heavyweight Juan Adams and a trio of others that week, resulting in the towering prospect once again leaving Las Vegas empty handed.

After scoring another win on the regional circuit, Mayes walked into the UFC Apex this summer and collected a first-round stoppage win over former soccer player Ricardo Prasel, finally earning that elusive UFC deal.

Currently riding a four-fight winning streak, the 27-year-old prospect gets the chance to back up his belief that he’s “the best thing smokin’” in an intriguing clash with fellow emerging talent Cyril Gane, who pushed his professional record to 4-0 with a first-round finish of his own in his UFC debut earlier this summer.

Gane, who trains out of the MMA Factory in Paris, the same gym that produced Francis Ngannou, is considered one of the top heavyweight prospects in the sport and if Mayes can venture to Singapore and emerge victorious over his highly-touted foe, it would establish him as the newcomer to track in the heavyweight ranks.

The promising featherweight was scheduled to return earlier this summer, but the road to getting him into the Octagon in Shenzhen, China at the end of August turned out to be a dead end.

Originally scheduled to face Mike Grundy, the British newcomer was forced out of the bout with a late-stage injury, leading the UFC to replace him with Lv Zhenhong, setting up a rematch between he and Evloev. But Lv suffered a cut following the weigh-ins that prompted the cancellation of the bout and pushed Evloev’s sophomore appearance in the Octagon back to this weekend’s fight card in Singapore.

Injuries and cancellations are always disappointing, but they’re doubly frustrating when they keep a talented prospect from stepping into the cage and, by all measures, the 25-year-old Evloev is a fighter to watch in the featherweight ranks. Unbeaten in 11 bouts, he showcased a complete all-around game in his debut win over SeungWoo Choi in April and profiles as someone who could make a steady climb up the divisional ladder as he continues to develop.

Saturday presents a great opportunity to get a better read on where he currently sits in the division as Evloev squares off with former TUF Latin America winner Enrique Barzola.

The Peruvian competitor is 6-2 in the UFC and has established himself as a fixture in the middle of the featherweight division. Barzola had his four-fight winning streak snapped earlier this year by Kevin Aguilar, but bounced back with a split decision victory over Bobby Moffett in August, and presents as a stern test for the emerging Russian.

As much as Evloev has looked like the real deal thus far, Saturday’s pairing with Barzola will be his toughest test to date and how he performs will help further define where his ceiling rests and what kind of future he’s capable of having inside the Octagon.

When she steps into the Octagon on Saturday, Lookboonmee will become the first Thai fighter to compete in the UFC. A multiple-time Muay Thai champion, the 23-year-old is in the nascent days of her mixed martial arts career, arriving on the biggest stage in the sport with a 3-1 record ahead of her debut appearance against Alexandra Albu this weekend.

Despite her relative inexperience in MMA, there is a lot to like about Lookboonmee as she moves up to strawweight to begin her UFC adventure.

Her extensive Muay Thai background and the fact that she trains at Tiger Muay Thai alongside a host of top-level fighters, both those who train there regularly and those who stop in for different lengths of time, means she’s getting high-level work on the mats in advance of this transition to the UFC. Additionally, Lookboonmee was impressive in her last outing, rebounding from a loss with a second-round stoppage win under the Invicta FC banner.

Albu made her UFC debut more than four years ago, and the 29-year-old Russian is slightly more experienced than Lookboonmee, as she is the owner of a 7-1 pro record. Albu has had prolonged absences between each of her first three UFC starts and it will be interesting to see how she responds to fighting for the second time this year.

Anyone expecting Lookboonmee to take the division by storm and rocket up the rankings is expecting too much, too soon from the debuting fighter, but given time and continued development, the potential is there for the newcomer to become an intriguing addition to the 115-pound weight class.