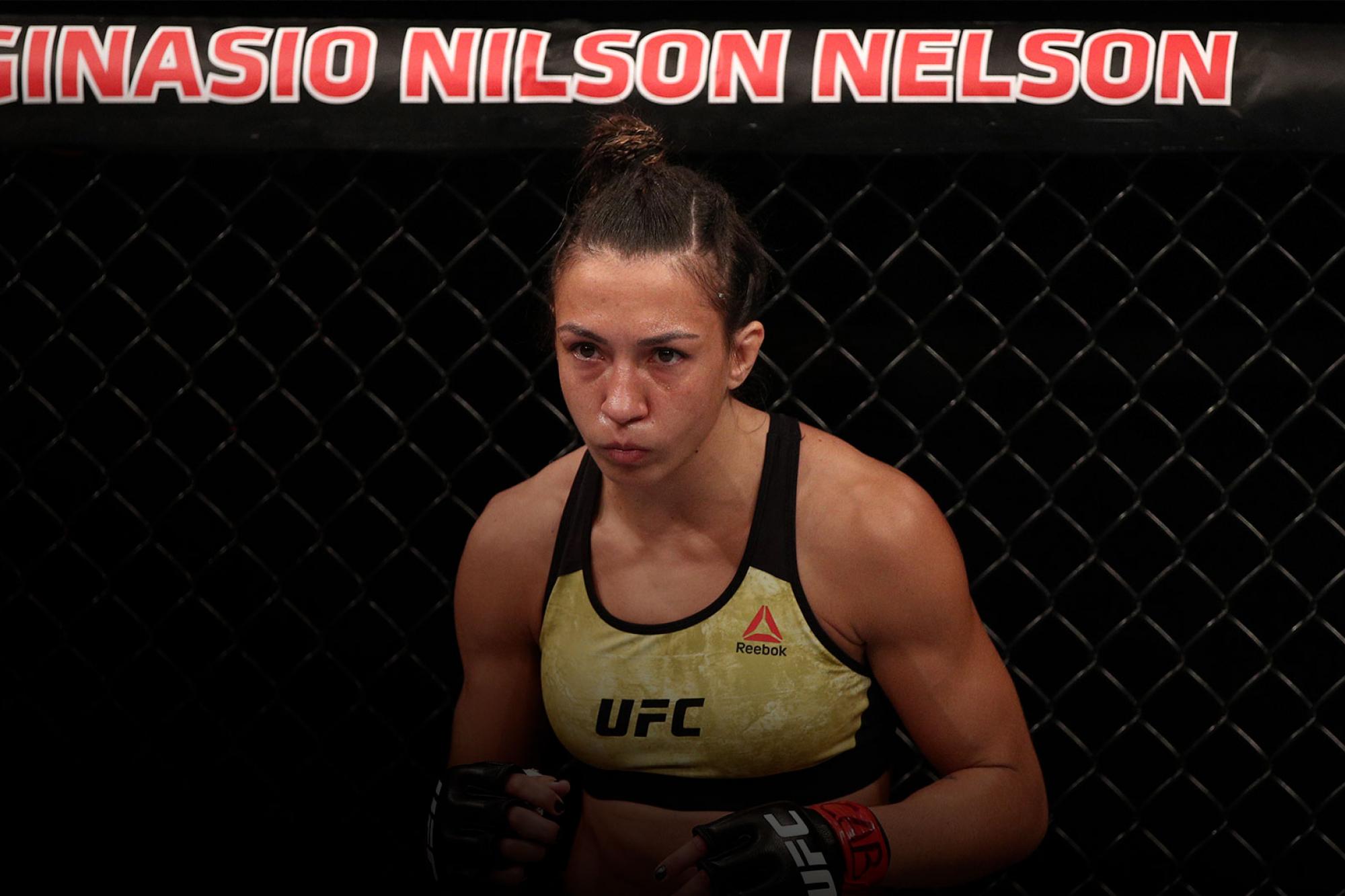 Take a closer look at three fighters poised to emerge ahead of their bouts at UFC 251
By E. Spencer Kyte, on Twitter @SpencerKyte • Jul. 5, 2020

For the next several weeks, the UFC will be calling Fight Island home and the promotion is kicking off its extended stay with a stacked card featuring a host of compelling matchups as well as a trio of fighters you should be keeping an eye on.

Here is a closer look at those three athletes.

In her first year on the UFC roster, Ribas registered a debut submission win over Emily Whitmire, handed Mackenzie Dern her first career loss, and outworked divisional stalwart Randa Markos to extend her overall winning streak to four and push her record to 9-1. This weekend, the talented Brazilian begins her sophomore campaign in the Octagon in the opening bout of Saturday’s main card opposite Paige VanZant.

What makes Ribas such an intoxicating addition to the strawweight ranks is that the 26-year-old accomplished everything she did last year after a three-year absence from competing.

Originally slated to debut in the summer of 2017, she was sidelined due to an anti-doping violation, for which she was ultimately cleared of any wrongdoing. Despite the layoff, Ribas waltzed right into the Octagon, dominated Whitmire and continued rolling from there, forcing her way into the Top 15 during her rookie season in the UFC and establishing herself as one of the top emerging talents on the roster.

Saturday’s bout with VanZant offers the Brazilian an opportunity to compete on the biggest card of the year and its main card placement should ensure that a wider audience gets the chance to see what she can do inside the cage. VanZant has struggled to stay healthy and dealt with inconsistent results since beginning her UFC run with three consecutive victories, but there is no denying the former Dancing with the Stars finalist is one of the more popular fighters on the roster and her return to action against Ribas is one of the most anticipated bouts of the weekend.

The strawweight division is flush with talent and there is a tremendous amount of movement taking place in the lower half of the rankings, but another dominant effort against one of the more recognizable fighters in the sport could thrust Ribas into the thick of the title chase as the second half of the year begins. 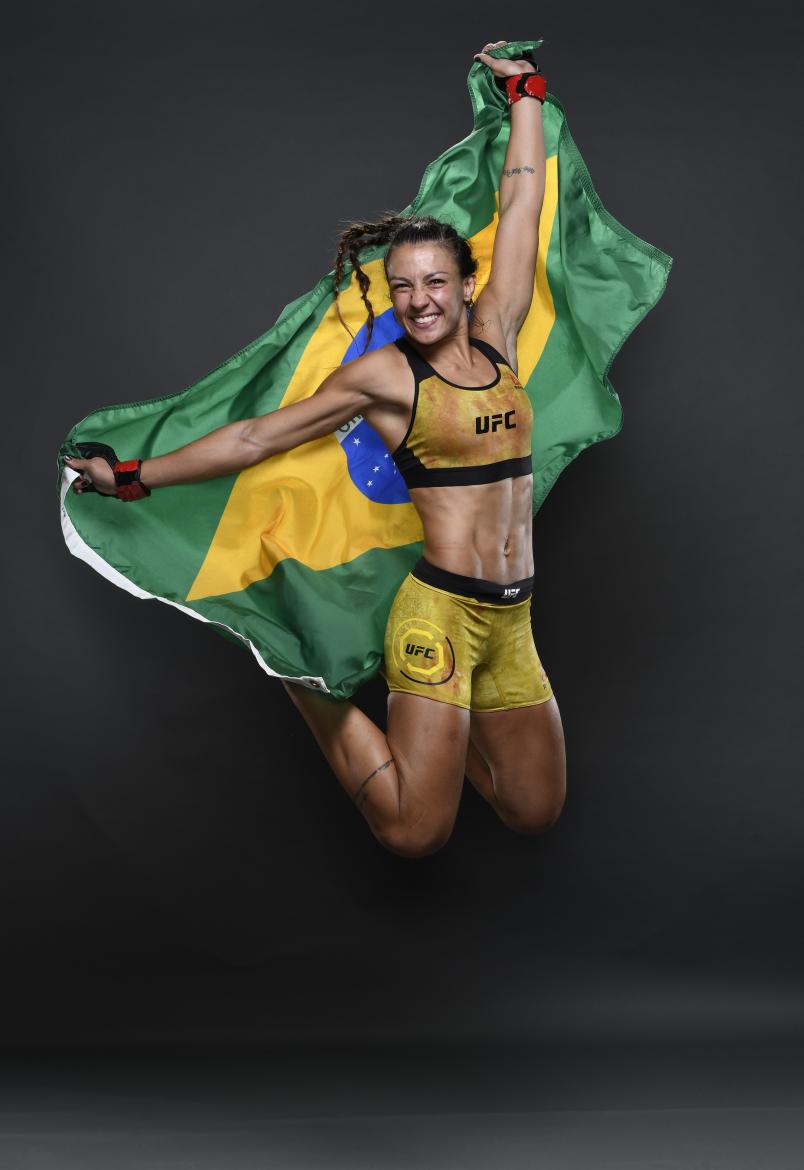 BRASILIA, BRAZIL - MARCH 14: Amanda Ribas of Brazil poses for a portrait backstage with her team after her victory during the UFC Fight Night event on March 14, 2020 in Brasilia, Brazil. (Photo by Mike Roach/Zuffa LLC via Getty Images)
Jiri Prochazka

Prochazka has been one of the most dominant forces competing outside the UFC for quite some time and now he’s bringing his skills to the Octagon. The 27-year-old from the Czech Republic heads into his UFC 251 showdown with Volkan Oezdemir riding a 10-fight winning streak, having won 15 of his last 16 appearances and having successfully avenged that lone defeat, while boasting an incredible 20-1-1 record dating since the middle of 2013.

As I’ve said many times: it doesn’t matter who you’re fighting or where — posting those kinds of results is noteworthy and deserves attention.

Prochazka has spent the last several years tearing things up under the Rizin Fighting Federation banner, winning the Japanese promotion’s light heavyweight title in April 2019 and successfully defending it against long-time UFC competitor CB Dollaway at the close of last year. He’s gone to the scorecards only once during the course of his current winning streak and holds victories over former Strikeforce champ “King” Mo Lawal, Satoshi Ishii, Vadim Nemkov, and Fabio Maldonado.

After enduring a three-fight losing streak that began with his championship clash against Daniel Cormier at UFC 220 in January 2018, Oezdemir has since rebounded with back-to-back victories to solidify his place in the Top 10. The Swiss standout earned a second-round stoppage victory over Ilir Latifi last August and closed out his 2019 campaign with a split decision win over Aleksandar Rakic on the final card of the year, bringing his record inside the Octagon to 5-3 and re-establishing him as a fixture in the championship chase.

Beating someone of Oezdemir’s pedigree in his promotional debut would instantly thrust Prochazka into the title conversation in the light heavyweight ranks, especially if he does so in the same impressive manner he’s been settling opponents in Japan.

Regardless of how this one plays out, though, Prochazka is a name to remember and a fighter to watch going forward because whether it happens right away or after a brief acclimation period, “Denisa” is destined to be a contender.

Here’s two things you might not have known: Santos is undefeated in the UFC and hasn’t lost a fight in more than a decade.

The welterweight winner on Season 2 of The Ultimate Fighter: Brazil, Santos is 6-0-1 inside the Octagon and carries a five-fight winning streak into his matchup this weekend with newcomer Roman Bogatov. His last loss came in May 2009 when he dropped a split decision to Kazunori Yokota under the World Victory Road banner. Between then and now, the Brazilian jiu-jitsu black belt has beaten Mark “Boots” Holst, Macario, Anthony Rocco Martin, Kevin Lee, and Adriano Martins.

Last time out, Santos ended a nearly three-year absence with a first-round knockout victory over Scottish veteran Stevie Ray, his second quick finish due to strikes in his previous three fights and third finish in his last four. The only thing keeping the 40-year-old Santos from taking up residency in the rankings is a consistent schedule, as he’s logged just two appearances since stopping Lee at the end of 2015.

But given his track record, there is no way of denying that Santos is an intriguing figure in the lightweight division, and while Bogatov is a new arrival to the promotion, the 29-year-old is undefeated in 10 pro fights, and he claimed the M-1 Challenge lightweight title three fights ago, most recently scoring a stoppage win over former UFC competitor Mickael Lebout.

The lightweight division is overflowing with talent and the competition is as tough as ever, but should Santos emerge victorious once again on Saturday, he’ll be in line for a step up in competition and a chance to show he’s a legitimate threat in the loaded 155-pound weight class. 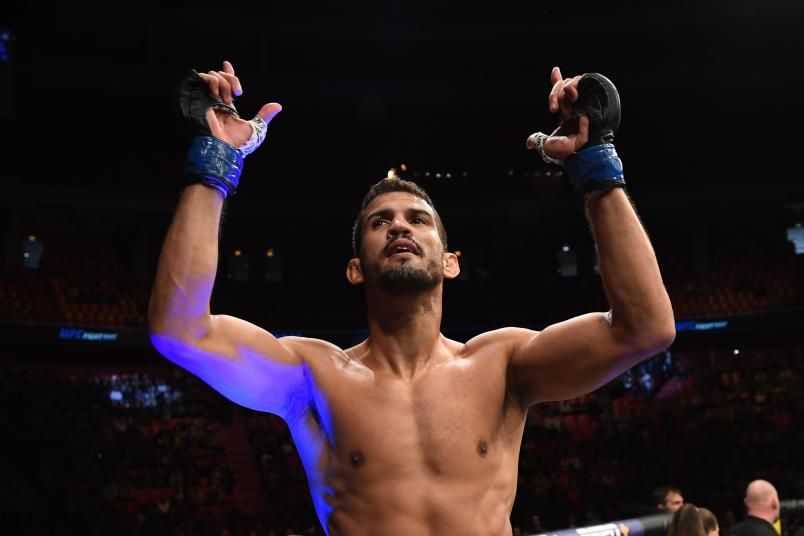