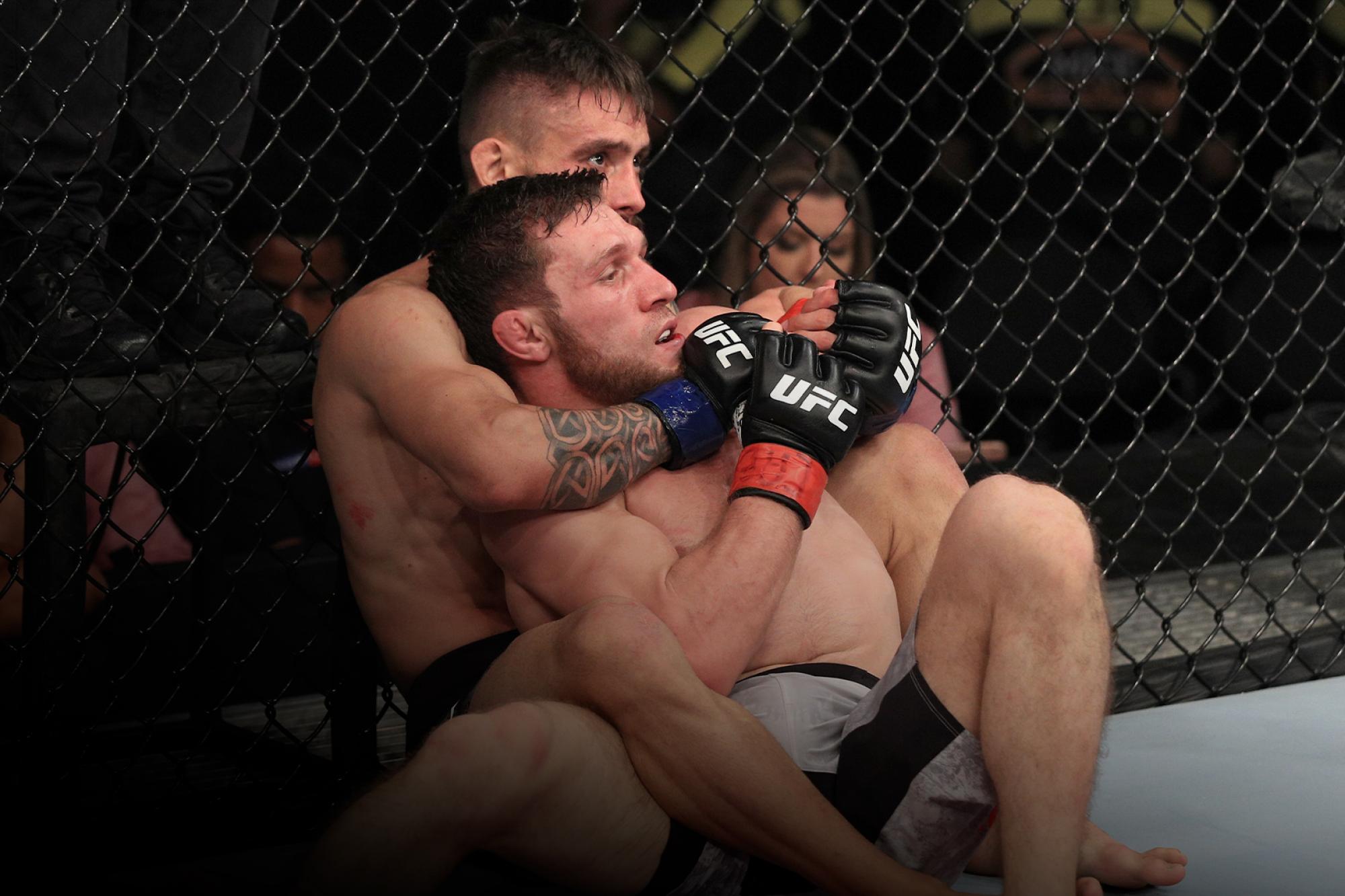 On the Rise: Uruguay Edition

UFC's first foray into Uruguay provides a few fighters a chance to breakthrough into the next phase of their career.
By E. Spencer Kyte • Aug. 5, 2019

This week, the UFC’s expansion into new markets continues as Montevideo, Uruguay hosts a fight card closed out by a championship bout in the women’s flyweight division between reigning titleholder Valentina Shevchenko and the first woman to get the better of “Bullet” in her MMA career, veteran Liz Carmouche.

In addition to the championship main event, Saturday’s contest also features crucial matchups in the light heavyweight and welterweight divisions.

Prior to Shevchenko and Carmouche hitting the cage, surging welterweight Vicente Luque will look to collect his third win of 2019 and extend his winning streak to six when he takes on fan favorite Mike Perry, who got back into the win column with an impressive performance at home in Florida a little over three months back against Alex “Cowboy” Oliviera. Meanwhile Top 10 fixtures in the 205-pound weight class Volkan Oezdemir and Ilir Latifi will finally meet after originally being scheduled to compete earlier this spring before Latifi was sidelined at the 11th hour due to a back injury.

This weekend’s card at Antel Arena also offers an introduction to a pair of genuinely intriguing new additions and an opportunity to get a second look at a competitor who impressed in his debut earlier this year.

Here’s a closer look at those three emerging talents.

This is the Montevideo edition of On the Rise. 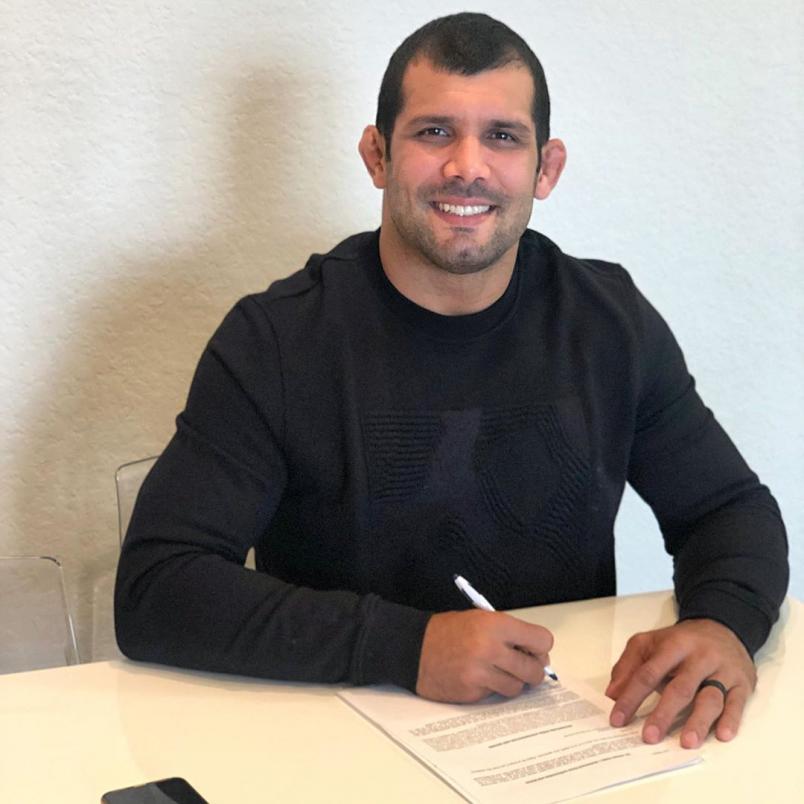 Vieira is one of those guys who stands as a reminder that even amongst the elite in a particular discipline, there are still different degrees of elite, and when it comes to Brazilian jiu-jitsu, he’s about as good as it gets.

The 29-year-old middleweight is a five-time world champion, having won his division four years running between 2011 and 2014 while adding a gold and two silvers in the absolute division to his tally for good measure. His grappling record is staggering, with the only person to really get the better of him in the last several years being 13-time world champion Marcus “Buchecha” Almeida.

Vieira made his MMA debut in February 2017 and has amassed a 5-0 record thus far, earning each of those victories by way of stoppage, four by way of submission, the last three wins coming while fighting under the ACB banner. Saturday night, he makes his UFC debut opposite Oskar Piechota, a talented Polish fighter looking to get back into the win column after suffering the first loss of his career last time out.

This is a perfect introductory matchup for Vieira — a pairing with a sturdy, more experienced competitor who has already earned a pair of victories inside the Octagon, has a little bit of pop in his hands and should be able to make the Brazilian pay for any grievous errors or glaring holes in his game.

At the same time, a victory over Piechota proves right away that Vieira is more than just a major name from the grappling world being given a chance to compete at MMA’s highest level and could position him as the potential second coming of Demian Maia as the 2019 schedule winds towards the home stretch. 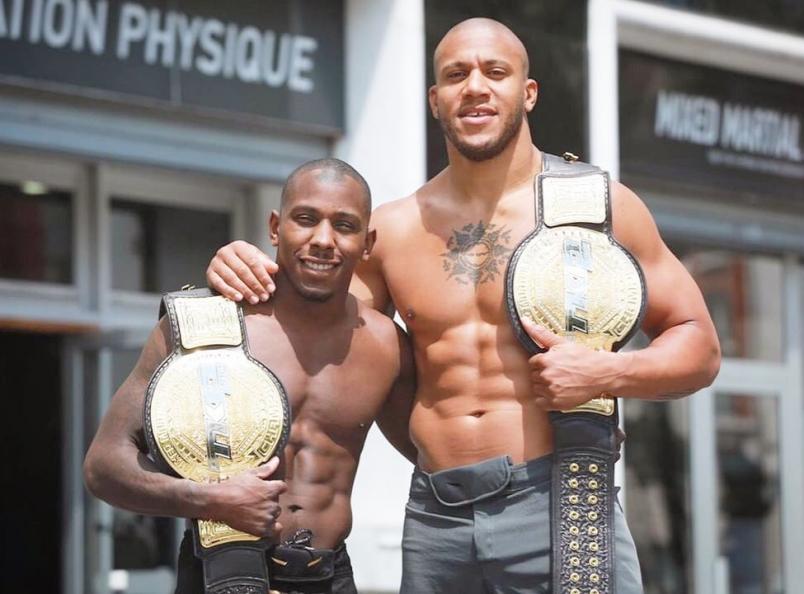 In the immortal words of Morrissey, stop me if you think that you’ve heard this one before: a hulking heavyweight from France who got into the game a little later than most has been garnering a ton of buzz by mauling fighters on the regional circuit and has prospect watchers giddy with anticipation as he readies to make his UFC debut.

While it’s unfair to put Gane in the same category as Francis Ngannou, the former TKO heavyweight titleholder has made waves in just three appearances, posting a trio of stoppage wins to land himself a place on the UFC roster. Standing six-foot-five with sledgehammers attached to the end of his 83-inch reach, the 28-year-old Frenchman arrives in Montevideo carrying a ton of hype and potential, two things that are often in short supply in the heavyweight division.

The towering “Bon Gamin,” French for “good kid,” opened a lot of eyes with his stoppage wins over Adam Dyczka and Roggers Souza to close out his tenure with TKO and has a chance to make an instant impression Saturday with a win over fellow newcomer Raphael Pessoa, a 30-year-old Brazilian with a 9-0 record who is coming off a 99-second win over Brian Heden at LFA 50.

Heavyweight prospects are difficult to find and that means expectations are usually elevated from the start, fair or not, so Gane has a lot to prove in this one. But anyone that watched his first three pro fights knows he looks like a legitimate prospect with elite potential; now all Gane has to do is justify the hype. 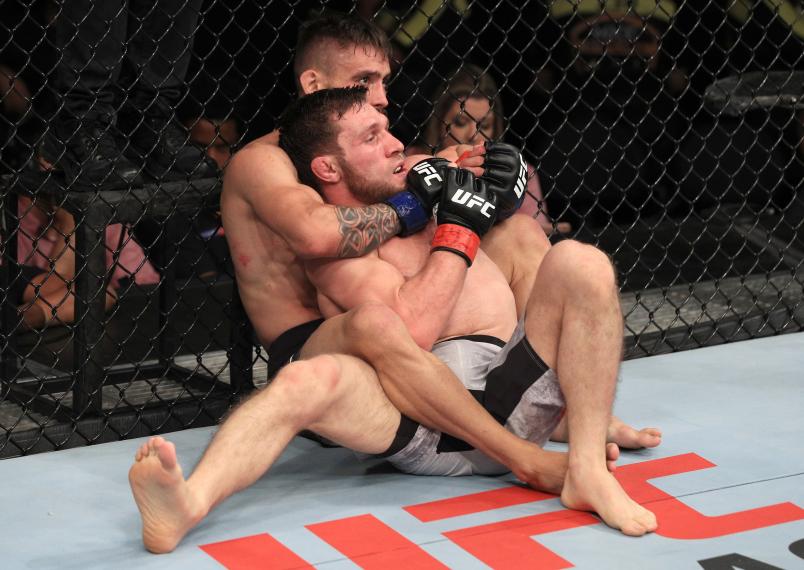 Bontorin ventured into his appearance on the all-Brazilian edition of the Contender Series last summer sporting a 13-1 record where his only loss came against former UFC competitor Michinori Tanaka.

After he finished Gustavo Gabriel with a standing rear-naked choke, the 27-year-old Brazilian was awarded a contract, and in his promotional debut earlier this year, Bontorin scored a split decision win over former World Series of Fighting champ Magomed Bibulatov. The victory forced everyone to stand up and take notice of the previously unheralded flyweight and sends him into his sophomore appearance in the Octagon as a ranked fighter in a resurgent division.

Paiva, who also earned a UFC contract last summer, landed on the wrong side of a split decision verdict his debut against Kai Kara-France at UFC 234, just a few months after being injured in an automobile accident that resulted in the death of his girlfriend. It was a close, competitive fight that showed Paiva belonged on this level and he should be even better a little further removed from the tragedy and with some UFC experience under his belt.

Bontorin’s bout with Bibulatov was a similarly exciting, competitive affair, and with the opportunity to climb further up the flyweight rankings with a second straight UFC victory on Saturday, you can be sure the streaking Brazilian will be at his best again in Montevideo.