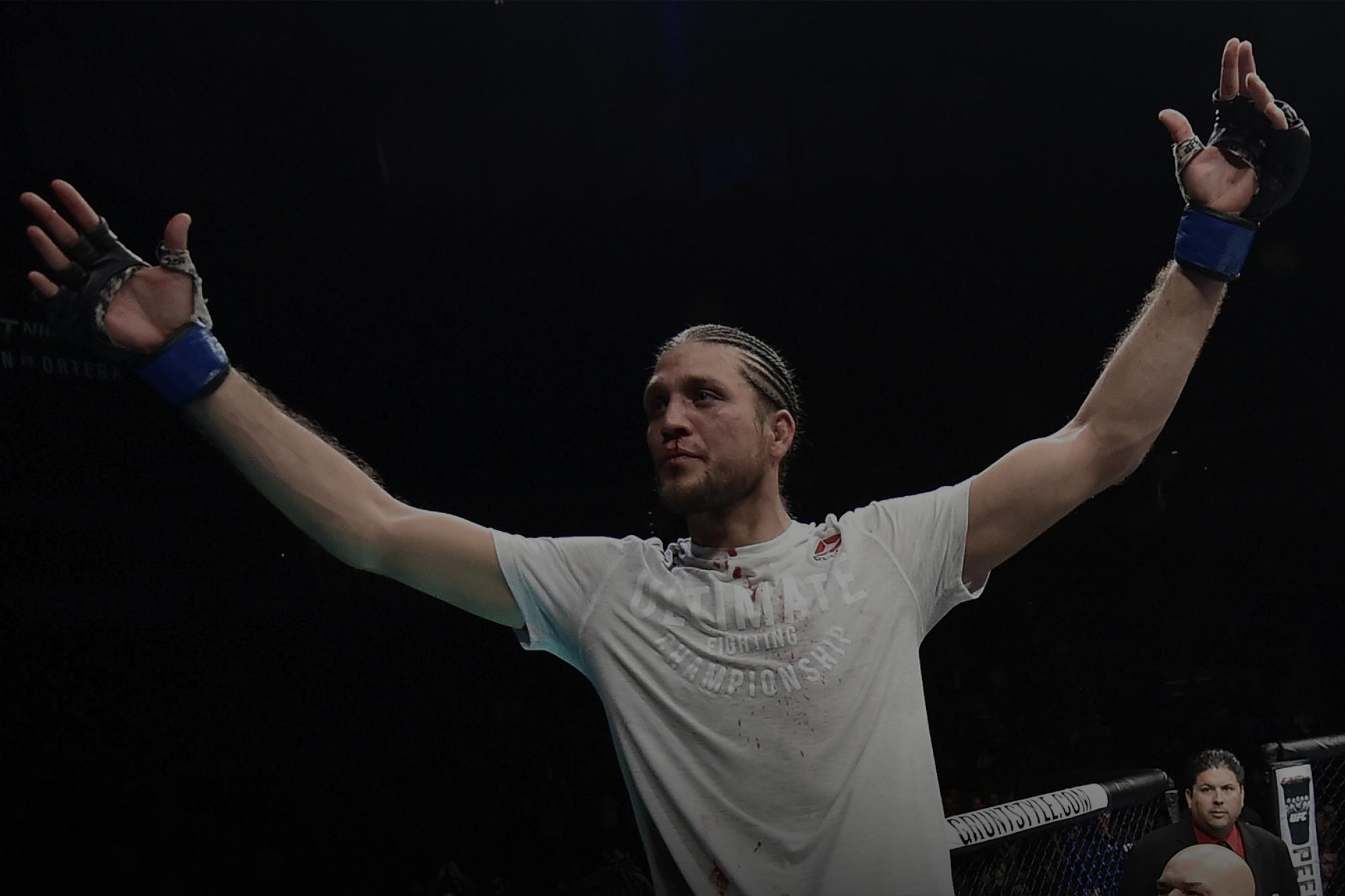 Ortega: "I'm not leaving without that belt"

"There’s no way that this isn't gonna be a war. You’ve got one guy that wants to keep his crown & you got another one that wants to take it. I’m not leaving without that belt."
By Thomas Gerbasi • Dec. 6, 2018

On paper, Brian Ortega’s road to a world title bout mirrors that of most prizefighters. He grew up hard in a housing project in San Pedro, California, found his way into trouble before fighting provided him a way out.

Then through talent and hard work, he made a name for himself, answered when opportunity knocked, and here he is, one win over Max Holloway away from leaving Toronto with the UFC featherweight title.

But as much as the 27-year-old has in common with his fighting peers, he is as uncommon as there is in this, or any other, sport.

At heart, Ortega is all fighter, but he would rather discuss anything but his day job. He will if he has to, but if an animated response is what you’re looking for, ask him about helping others and giving back to his community through the Brian Ortega Foundation.

Look at the interview Ortega did with Joe Rogan in the Octagon after the biggest win of his career over Frankie Edgar in March. After a brief recap of the bout, the Californian took the mic and told of the foundation, using his platform for something more important than self-promotion. Even now, when asked about winning the title this weekend, he says, “There’s nothing like walking into a hospital with a belt. Kids trip out. It’s a cool thing to have when it comes to helping people.”

Yeah, “T-City” is not like the other fighters, but don’t forget that when the Octagon door shuts, he’s one of the deadliest around. The record speaks for itself: 14 wins, no losses, 10 finishes. And while his tendency to test his martial arts in the most dangerous positions possible in the heat of battle have made some fights closer than others, he’s always emerged with his hand raised. So when he got the chance to go from contender to title challenger on a couple weeks’ notice against Edgar earlier this year, it was a no-brainer for him.

“We knew if we finished Frankie, we’d secure the title shot,” said Ortega, who was coming off a pair of 2017 submissions over Renato Moicano and Cub Swanson. “The game changes quickly and we didn’t want to leave it in their hands. We wanted to take a huge risk, a huge chance, take it on three weeks’ notice and fight Frankie, the legend who’s never been finished. Why not go for it? Once you get in there, you only have two outcomes, win or lose.”

The undefeated Brian Ortega gets his chance at the featherweight title when he faces off with champion Max Holloway on Saturday, December 8, live on Pay-Per-View.

Ortega did what he always has – win – and he got his title shot, one he had been aiming for since May 2006, when he saw the UFC live for the first time at Staples Center. In the headlining bout that night, Royce Gracie returned to face Matt Hughes. The 16-year-old Ortega was in a suite with members of the Gracie Academy team, and as the night progressed, he got it in his head that the Octagon would be his eventual workplace.

“That’s when it clicked in that this was what I want to do,” he said. “I’m gonna be here when I grow up. Now I’m here, fighting for the world title.”

The ensuing years have been filled with hard work, but also the benefits of that work. Now, he looks like a GQ model heading into the UFC 231 press conference, he’s recognized wherever he goes, and it will only get bigger should he go home with a championship belt in his suitcase.

But that’s the key thing: he will always go home.

“You remember your roots and say, ‘This is where it all began.’ My dad left Mexico with my mom and didn’t have anything. My dad was homeless and the first place they could get was in the projects. That’s where we grew up and I had some of the best memories there. I was unaware of the situation. Now I realized how bad they were, but when you’re a kid growing up, that’s your environment; you don’t know any better.”

He knows better now, and he wants to give someone else the chance he got when he was 13 and began training at the Gracie Academy.

The work’s far from finished though, and Ortega will first have to test himself against one of the game’s best in Holloway, who has won 12 straight on his way to Saturday’s main event. Ortega is under no illusions when it comes to what’s ahead of him.

“Max Holloway is the champ, he’s one of the greatest fighters out there,” the challenger said. “He’s on a 12-fight winning streak, he stepped into the UFC young, got tested by all these animals and he did his part. He deserves to be where he’s at right now. I always said it was just a matter of time before we meet and I’m expecting a war. There’s no way that this is not gonna be a war. You’ve got one guy that wants to keep his crown and you got another one that wants to take it.”

So which way does it go in Toronto?

“I’m not leaving without that belt.”

The nice guy has a mean streak.