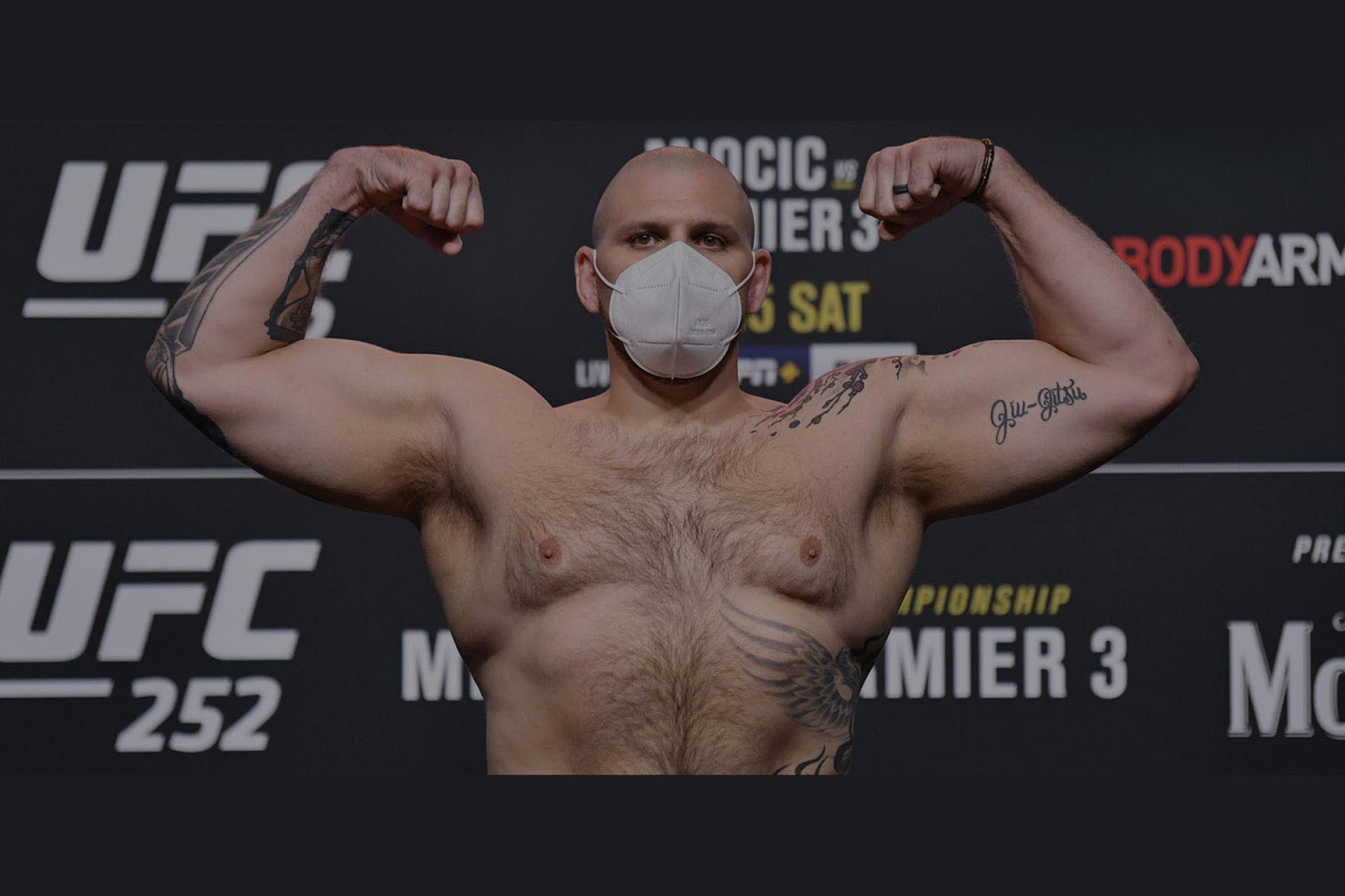 It has been a wild journey for Parker Porter, who makes his first walk to the Octagon at UFC 252 this Saturday. It's a moment he has been waiting for since he can remember:
By Thomas Gerbasi, on Twitter: @TGerbasi • Aug. 14, 2020

The night of August 5. Parker Porter and his wife were about to get some rest in their Connecticut home. It wouldn’t be accurate to call it sleep, because with a three-week-old baby in the house and no air conditioning thanks to Tropical Storm Isaias knocking the power (and the air conditioning) out, there would be no deep sleep, not for a while at least.

But as the Porters drifted off to a modified slumber, little Charlie was knocked out without a care in the world. Maybe the heavyweight mixed martial artist and his bride would get some sleep.

Then the phone rang. 1:30am. It was Porter’s manager, Tyson Chartier.

“Hey man, do you want to take a four-fight contract with the UFC?”

“Am I even awake right now?” thought Porter. He would be excused for thinking it was a dream. The heat, the baby, having not fought since last September. But as a fighter, Porter didn’t have any questions for Chartier, only an answer.

“Absolutely, you literally just changed my life,” said Porter, who was about to officially become a UFC fighter nearly 13 years after his pro debut.

“Okay,” said Chartier. “Try and go back to sleep.”

Porter laughed, knowing that was an impossibility.

“I couldn't fall back to sleep for another two or three hours,” he recalled. “It was something out of a movie.” 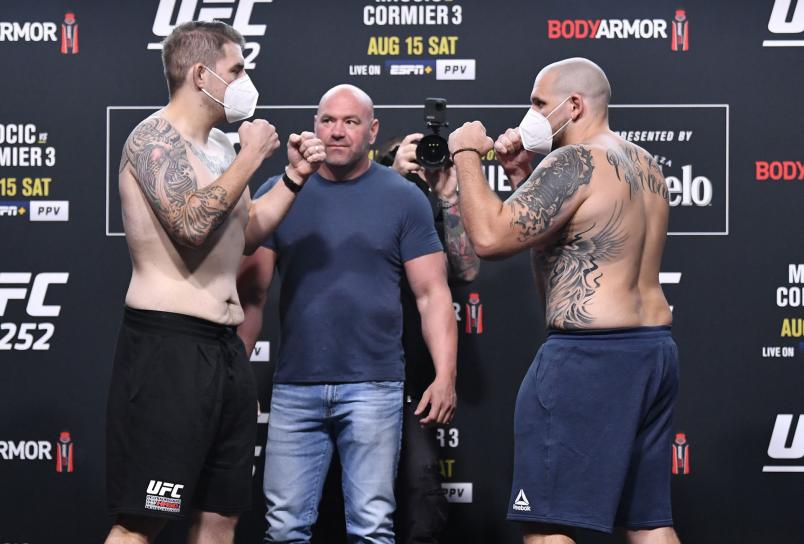 Opponents Chris Daukaus and Parker Porter face off during the UFC 252 weigh-ins on August 14, 2020 in Las Vegas, NV (Photo by Jeff Bottari/Zuffa LLC)

Order UFC 252 For Any Device Here

The juicy part of the film premieres Saturday in Las Vegas, when Porter makes his Octagon debut against fellow newcomer Chris Daukaus. He’s not the hot 22-year-old prospect with the pristine undefeated record. Instead, he’s a 35-year-old prospect with a 10-5 slate built the hard way. But he earned his spot on the roster and he’s grateful to finally get his chance to compete on the big stage.

“I've been working at this for a long time but I haven't been actively working at it the whole time,” said Porter, a pro since 2007. “I've had some issues personally that derailed me for a year or two here and there with family and stuff like that where I had to completely stop and put all my focus into that to make sure that everybody was okay and taken care of. But I've been on this upswing ever since and I've had the ball rolling really strong now. I'm finally there.”

Sporting wins in three of his last four bouts since returning from a three-year layoff in 2018, Porter, who is also the father of seven-year-old twin boys, has finally given himself the time to make a run at this UFC dream. It’s a message to all veteran fighters that if you stick with this long enough, good things can happen. As for the other folks out there beyond the fight game, they probably wouldn’t get why anyone would chase anything for 14 years, let alone a career in prizefighting.

Porter laughs, but there’s nothing crazy about chasing a dream. What may be considered crazy are some of the choices the Connecticut native made picking fights early in his career. How about future pound-for-pound king Jon Jones in your third pro fight or Gabriel Gonzaga in your ninth with “Napao” fresh from a 12-fight stint in the UFC?

“I don't like to shy away from a challenge,” said Porter, who fought Jones in June 2008. “Bones” was 4-0 with four finishes heading into the bout. He made it five and five after facing Porter. Two months later, he was in the Octagon.

“Nobody knew who he was at the time, other than that he was this kid who was just tearing through the local scene,” said Porter of Jones. When I signed up to fight him, I think he was 2-0 and it was six weeks away from the fight. By the time we fought, his record was 4-0, so he had two other fights in that six-week span and he just crushed those guys. And I was the second to last one he crushed before the UFC called him up.”

Okay, Porter can get a pass for facing a relatively unknown Jones. But Gonzaga in a headlining bout for the Reality Fighting promotion?

“I couldn't excuse that,” he laughs. “But I was also confident that the UFC was where I belonged and him being who he was, and being fresh out of the UFC, I was confident in my abilities. We know now that this isn't the case, but I felt an obligation that I couldn't say no because I had just won the title for the promotion I was fighting for. In my mind, champions don't say no. Once you're at the top, you have a target on your back; you don't get to pick your fights anymore.”

Gonzaga submitted Porter in the third round of their 2011 bout and his next fight would be back in the Octagon. Porter was inactive for nearly two years before going 1-1 in Bellator, and then it would be a three-year break before he returned, determined to make a concerted run at the UFC.

He made it. Is it the ideal time, with this being in the middle of a pandemic, on short notice and with an infant at home? Absolutely not. But Porter doesn’t care. He would have taken this fight under any circumstances. Dreams don’t ask for a convenient time to show up.

“Honestly, I'm just so excited to have gotten this far and make this become a reality,” said Porter. “For the first time in my life, I have the mindset of I don't even care if I win or lose; I just want to go out there and put on a great show because this is exactly what I've been working towards.”