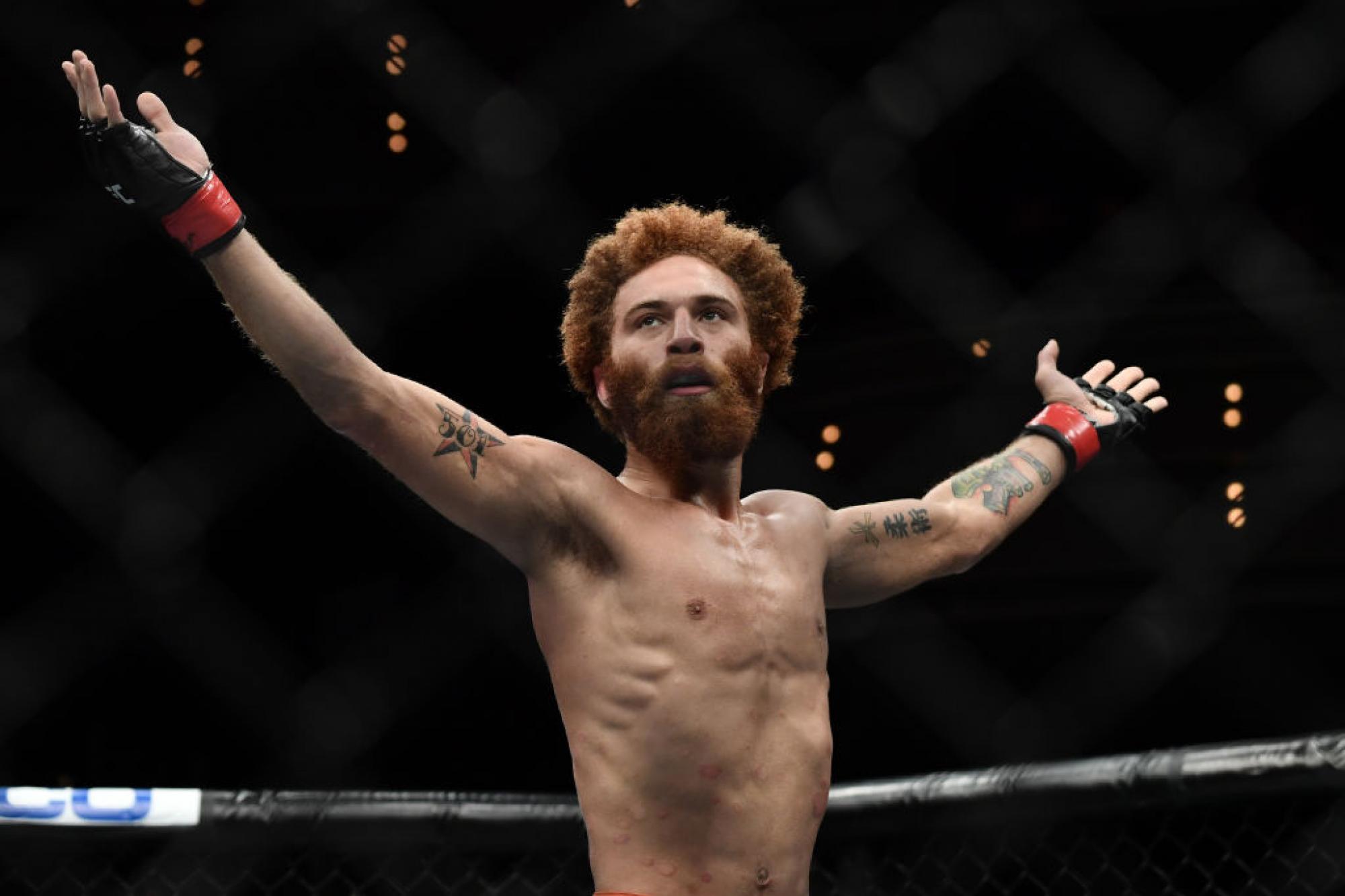 Pena out to prove he would have been TUF champion

The words from AKA head coach Javier Mendez to UFC lightweight Luis Pena would have been terrifying to most people. Pena knew it was coming, though, even before Khabib Nurmagomedov won the 155-pound world title.

So after a thought of, “Oh my God, I’m about to spar the champ,” Pena put the gloves on and the mouthpiece in.

“This is everything I’ve wanted,” Pena recalled. “I’ve been wanting to at least just mix it up with Khabib for years now, since before he was ever even on anyone’s radar. I knew Khabib Nurmagomedov was going to be the champion back when he first signed with the UFC. And that first round, I kinda let it get to me.”

“I let his star power get to me,” he continues. “But after that, I was like, ‘You know what, f**k this. This guy’s a human being and if I want to gain his respect, I’ve got to treat him like a human being. I’ve got to go in there and give him everything I’ve got. After that initial round, I feel like I earned Khabib’s respect. I took it to him as hard as I could and me and Fernando Trevino really helped him get ready for that past fight.”

That “past fight,” a UFC 229 finish of Conor McGregor, lifted Nurmagomedov from star to superstar in the MMA world, the latest member of the AKA fight team to achieve such lofty status. It’s something Pena has his eye on, even though he’s still young in his career.

“I stay hungry because I have someone to look to in the room every day that I aspire to be,” he said. “Whether it’s DC (Daniel Cormier), Luke Rockhold, Cain Velasquez, Khabib. Every day I’m in the room I see greats, and I want to aspire to that. I don’t just want to be this guy, ‘Oh, ‘Violent Bob Ross,’ he’s a great fighter, he’s got a great nickname.’ I want people to know Luis Antonio Pena is one of the greatest of all-time. That’s what keeps my hunger going. This is just the beginning for me.”

It’s been a heck of a beginning for the man with the greatest nickname in the sports world. Just 5-0 as a pro, the 25-year-old has made an impression in those five fights, and while the first four built a solid reputation on the regional scene and led him to The Ultimate Fighter 27, it was in his first Octagon bout in July that showed Pena to be more than just a nickname, as he tore through Richie Smullen en route to a submission win that took less than four minutes.

“It was everything I thought it was gonna be and more, honestly,” he said. “Words can’t describe it.”

Pena then spoke of his first UFC memory, Anderson Silva’s debut win over Chris Leben in 2006. Twelve years later, Pena made his debut in the same city “The Spider” did, and that’s a coincidence that means something to the up and comer.

“Everyone talks about these Octagon jitters you get your first time and I never felt that,” he said. “I felt completely ready for the moment. I reveled in that moment. I felt like this was my time, this is my destiny to be there. And to win $50,000 after that, it completely changed my life.”

That Performance of the Night bonus was a biggie for Pena, who can now see a future that doesn’t just make him successful in this business, but a fighter we’re talking about for a long time.

Next up for Pena is the man who won TUF 27, Michael Trizano. It’s a fight Pena wanted, and he wasn’t shy about asking for it. And he got it. How’s that for the power of positive thinking?

“I am an optimist,” he laughs. “I didn’t expect to get it because I asked for it but, to me, this is the fight that makes the most sense for both of us.”

It does, especially since Pena was forced out of the TUF 27 tournament due to a broken foot, scrapping a semifinal showdown with Trizano. So, to many, this fight will determine the “real” TUF 27 winner.

“There’s a lot of people that are doubting Mike’s skills and I’m sure he wants the opportunity to shut those people up and prove that he is the TUF champion,” Pena said. “He wants to shut everyone up that thinks I’m the guy. And I want to go out there and prove that I am the guy. I would have won the show had I not broke my foot. There’s no doubt in my mind and I want to prove that. So this fight makes the most sense. I know he wants it and I want it, so why not do it?”

Why not indeed? It’s another opportunity for Pena to make a statement, and should he emerge victorious, he closes the TUF chapter and gets on to the road to chasing gold…and greatness.