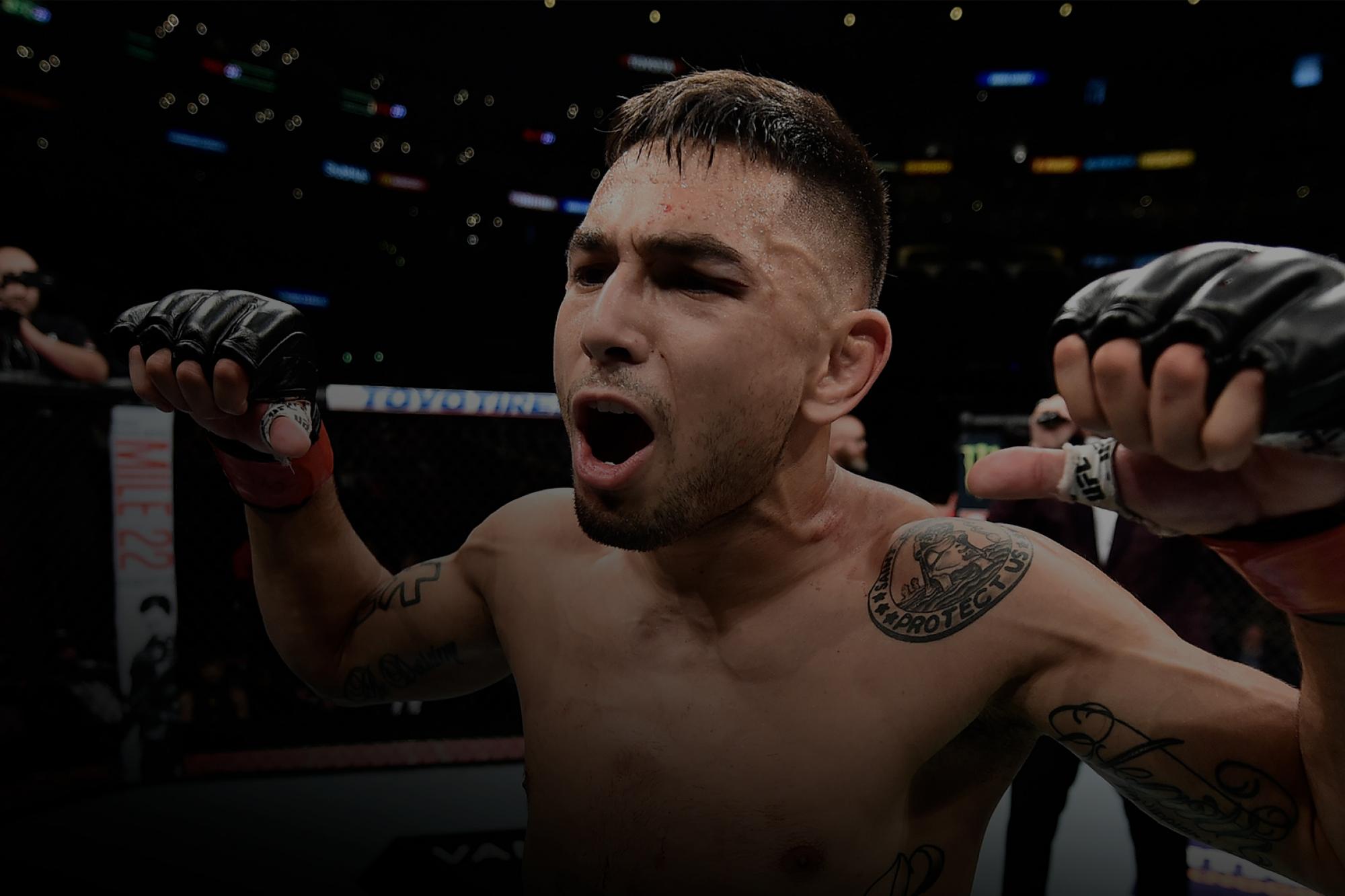 Alex Perez is ready to seize his opportunity to climb the rankings.
By Thomas Gerbasi • Nov. 27, 2018

As soon as Alex Perez heard that Ray Borg was out of his November 10 bout with Joseph Benavidez due to injury, he wanted in. 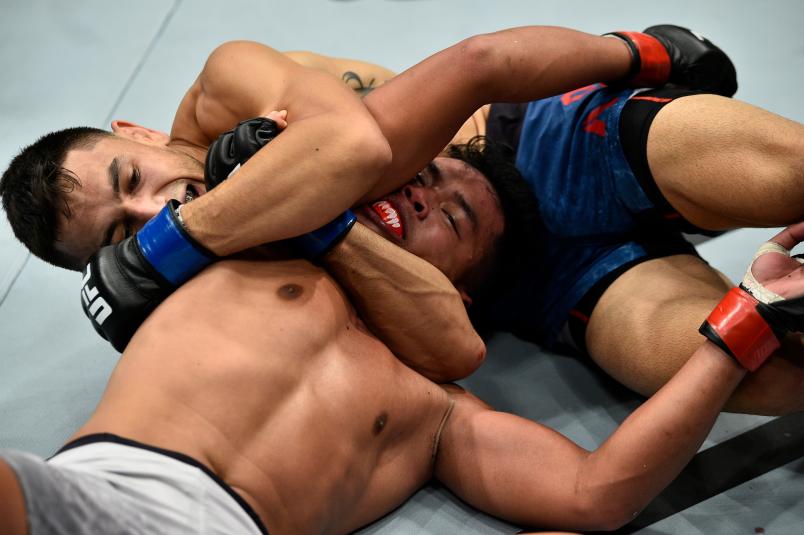 “I found out that his opponent was hurt on Wednesday morning and I texted my manager,” Perez recalled. “I said, ‘Benavidez’ guy is out. I’ll fight him at ’35. I can’t make ’25.’”

Wait a second. He wanted to fight Benavidez, the number three flyweight in the world, that Saturday?

That’s the kind of attitude that separates the men from the boys in this sport, and while Perez didn’t get that fight in Denver, he will get Benavidez this Friday in Las Vegas. It’s a chance to skyrocket from the number 12 spot at 125 pounds, but if you ask Perez about getting put into the title conversation, he doesn’t plan on skipping the line.

“There’s a lot of people who have put in their time and have a lot of fights,” he said. “It (a win over Benavidez) might put me in the top ten, top five, but who knows. Jussier Formiga beat (Sergio) Pettis, so he should be in line for the next title shot, but we’ll see what happens. Whatever the UFC wants, I’m down for. I don’t pick and choose.”

Again, Perez makes it clear with his words and actions that he’s the real deal in the toughest of sports. Maybe it’s what comes with taking the long road to the UFC, but just because he’s here now, that doesn’t mean the 26-year-old is going to change the way he thinks and acts. 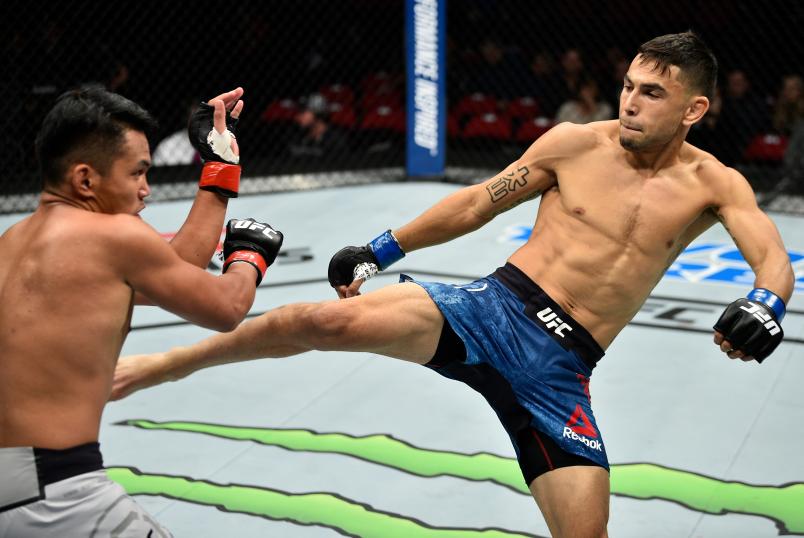 “I feel like I belong with the best in the world,” said Perez, who has won all three of his UFC bouts since earning a contract on season one of Dana White’s Tuesday Night Contender Series. “It’s just a matter of putting the time in. This is my first year in the UFC, I’m getting my fourth fight, and that’s pretty crazy for a 125-pounder. So I’ll just wait and see what the UFC wants. I do my thing, stay in training and stay ready so whatever happens happens. I’m not in a rush. MMA is still gonna be around in a couple years and I’ll still be fighting.”

That’s a good thing, because Perez has proven to be one to watch in the 125-pound weight class. Once nicknamed “The Decision,” the Lemoore, California product has proven to be quite the finisher as of late, as he submitted Kevin Gray to earn his UFC contract, did the same thing to Carls John de Tomas, and in August, he knocked out highly-regarded Jose “Shorty” Torres in less than four minutes.

“It was cool to have a performance like that, especially in my second home down in Southern California,” he said of the Torres bout. “But I was just happy to get the win on a big stage in a big show. It was a fight everybody was looking at on UFC Fight Pass and they were hyping it up a lot, so that was cool.”

It was hyped up for good reason, but Perez killed off the prospect of a Fight of the Night war in rapid-fire fashion, even though he was ready for that kind of scrap. 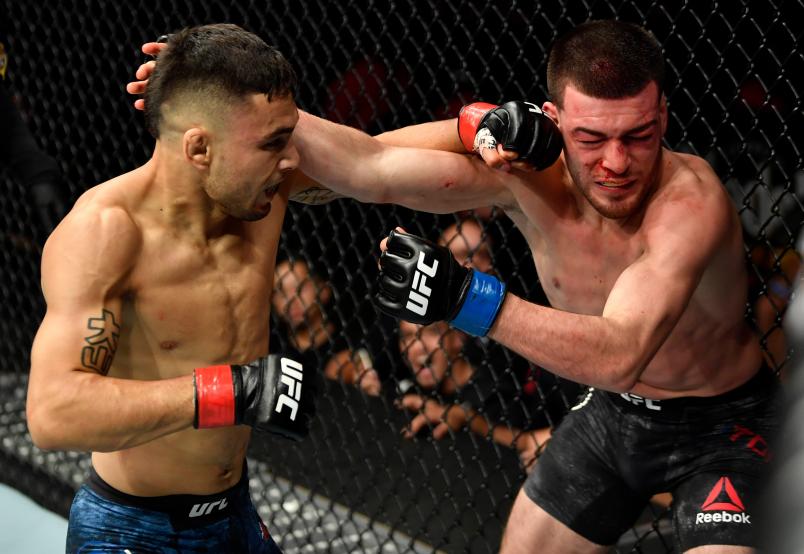 “Torres is a tough guy,” Perez said. “I’ve seen him take some big shots and get dropped in a couple fights and still come back and fight. So I was expecting 15 minutes of a war. It just so happened that I got the better of him in that first round. But I always train for 25 minutes because you never know what’s gonna happen. You can’t rely on a knockout or submission to end the fight. So I was surprised, but I wasn’t. I wasn’t expecting to do that, but to get in there and get it done in that fashion, you can’t beat that.”

So did he want to climb on top of the Octagon and yell, “Who’s ‘The Decision’ now?

It was a career-best effort for Perez, one that truly announced his arrival as a flyweight contender. And that was a good thing. But not the most important thing.

“I was trying to make my coaches and team proud,” Perez said. “They put a lot of time and effort into me and I’m glad I can show that all their time isn’t going to waste. Everything we’ve been working on for the last five, six years with Team Oyama and all the stuff I worked on with my old team back home is finally paying off. So what I was really happy about in my last performance was showing them that they’re not wasting their time. I might be kinda slow at some stuff (Laughs), but eventually I’ll get it, and I’m showing that I’m moving forward and progressing.”

But did coach Colin Oyama smile?