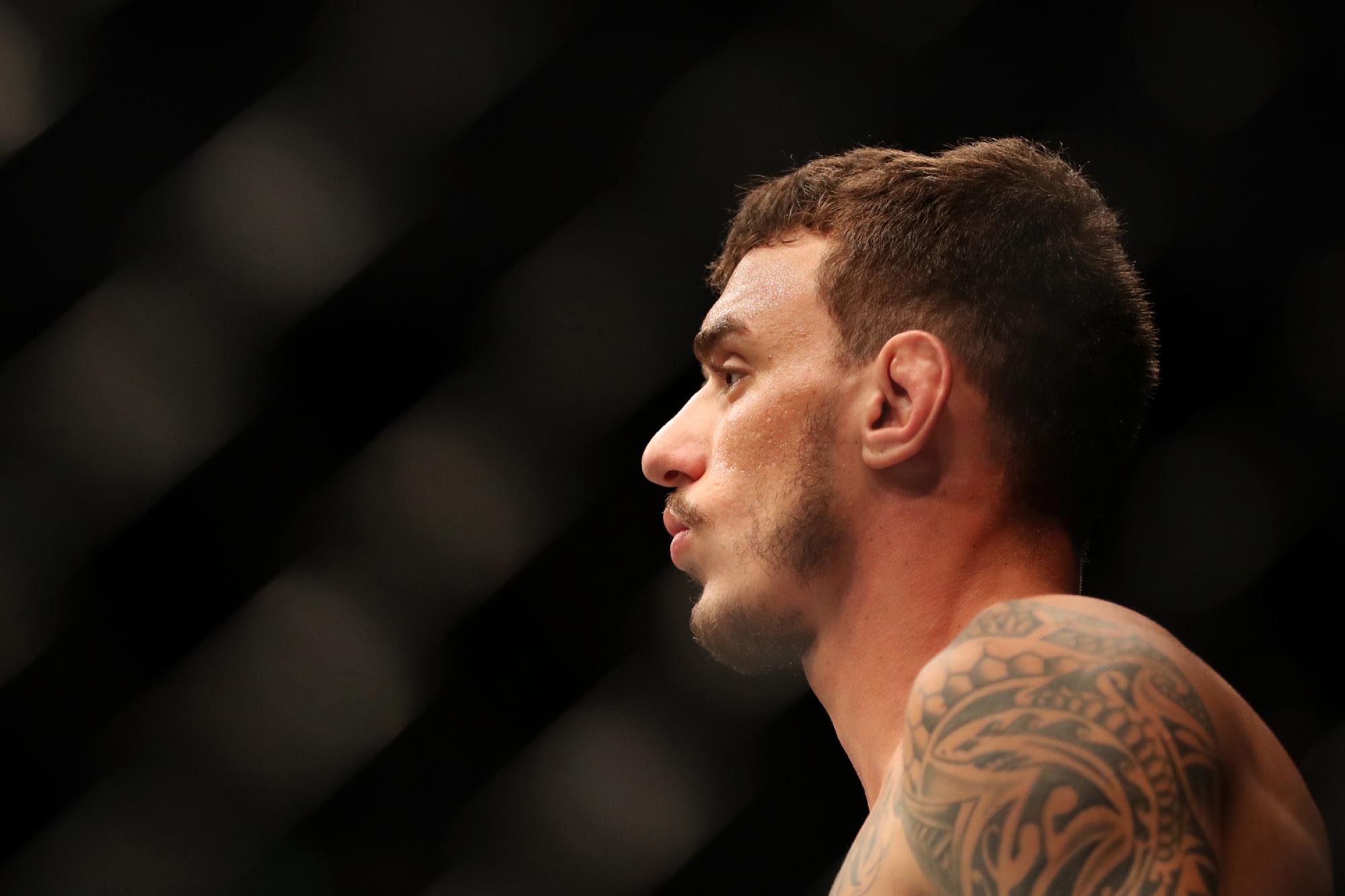 Following a loss to his idol Jose Aldo, Renato Moicano is relishing the opportunity to increase his profile against The Korean Zombie.
By Gavin Porter • Jun. 19, 2019

The co-main event of UFC Fortaleza was the biggest fight of Moicano’s career and a win over the greatest featherweight of all-time would have strengthened his case for a shot at the feathweight title.

But things didn’t go as planned for Moicano, as Aldo’s greatness shined bright once again in a second round TKO victory. The defeat gave Moicano and opportunity to reflect and in the end, come off the loss a better fighter than ever.

“I was very happy to fight with Aldo he’s like my idol,” Moicano said. “When I start fighting I watched his fights and he is a really big name in Brazil, everybody knows him. I learned that I have to be more focused and more concentrated. When you share the Octagon with a guy like Aldo I think it makes you take a step, you become a better fighter. Even if I lost it’s no problem for me, I can take that experience and evolve as a fighter.”

Aldo was just the latest top tier featherweight that Moicano has shared the Octagon with. He’s also gone to war with Calvin Kattar, Cub Swanson, Jeremy Stephens and Brian Ortega. Competing at such a high level has helped the 30 year earn his first main event fight at UFC Greenville this Saturday.

He will duke it out with one of the UFC’s most exciting fighters in Chan Sung Jung, AKA “The Korean Zombie.” The match-up is one that generated instant buzz from the mixed martial arts community. 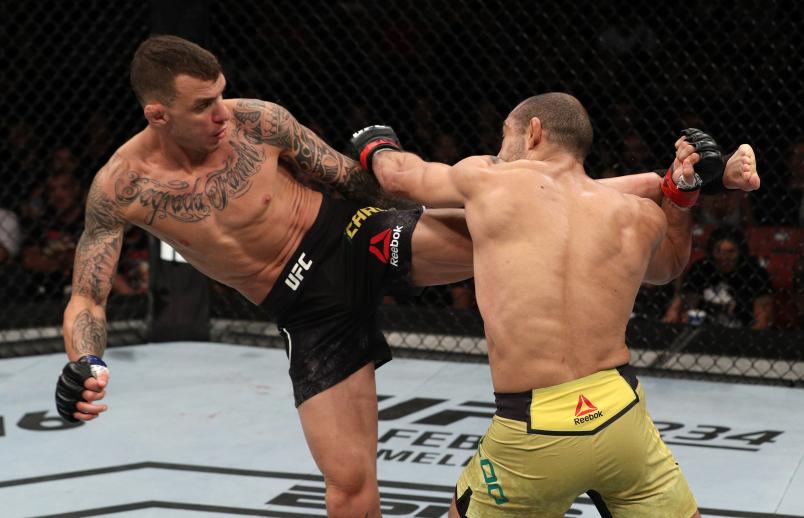 Moicano believes that this fight is an opportunity to show fans exactly how exciting he can be inside the Octagon.

The last time we saw “The Korean Zombie” was at the UFC’s 25th anniversary show in Denver last November. That fight, against Yair Rodriguez, ended-up being the fight of the year. The concept of a challenging match-up with Jung excites Moicano. He even sees some similarities between himself and Jung.

Those similarities in style combined with the motivation to bounce back with a big win has this event primed for fireworks. Moicano plans to deliver for fight fans around the world.

“I will perform great. You guys will see,” Moicano said. “I think it will be a striking war. It will be exciting because we have like the same style, we like to strike but like to grapple too. I think it’s a very exciting fight for the fans.”

If you don’t have a subscription to ESPN+ start your free trail here. You’re not going to want to miss the war between Moicano and The Korean Zombie.