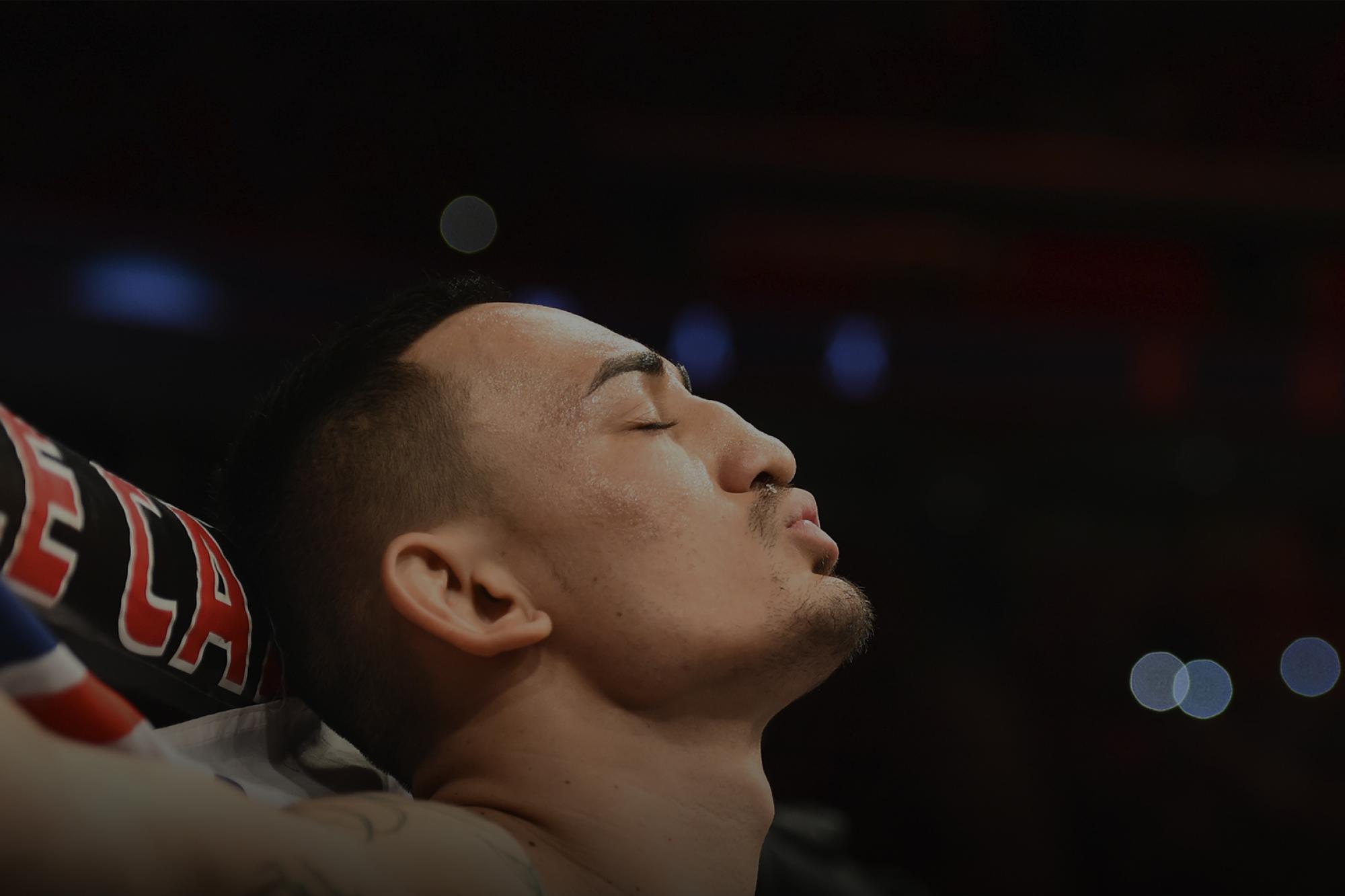 The Rise of 'The Blessed Era', Holloway Vows He's Here To Stay

"But (Aldo's) era came to an end and it started ‘The Blessed Era.’ I wanted to prove to everybody that I’m the best. It was great to show the world that I’m here to stay.”
By Thomas Gerbasi • Dec. 7, 2018

This time last year, Max Holloway made a statement to the world. He had arrived, and he brought his own era with him as he scored his second consecutive third-round TKO of Jose Aldo.

“The man’s a legend,” Holloway said of the Brazilian star who reigned for years over the featherweight division. “But his era came to an end and it started ‘The Blessed Era.’ That first fight with him, people had questions. Second fight, there’s no more questions. I wanted to prove to everybody that I’m the best. The first time wasn’t a fluke. It was great to show the world that I’m here to stay.”

No one argued with Holloway, who had yet to hit his 30th birthday. He was already a world champion and owner of a 12-fight winning streak that included a Murderer’s Row of elite fighters. From Aldo to Anthony Pettis, Ricardo Lamas to Cub Swanson, and Jeremy Stephens to Charles Oliveira, Holloway beat them all. And he was settling in for a long reign. 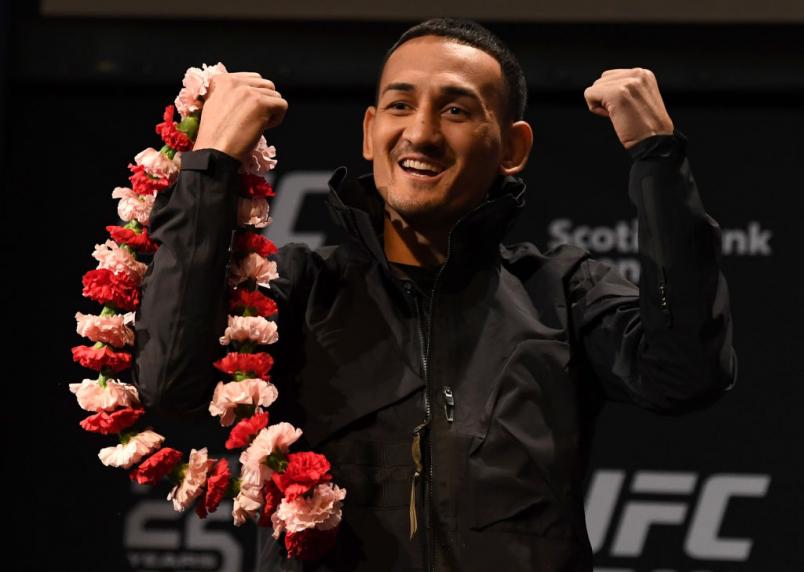 “People say, ‘Oh, you made it,’” he said. “I didn’t make it. I got more goals, I got a lot more ideas, a lot more gold belts I want, and a lot more security I want with my life for mini-Blessed (his son, Rush).”

Then came 2018 and, to put it mildly, it’s been an interesting year for the pride of Waianae, Hawaii.

He was scheduled to make his first title defense against Frankie Edgar in March but was forced from the bout due to injury. Brian Ortega stepped in and knocked Edgar out, making his case for a shot at “Blessed.”

Once healed, or at least healed enough, Holloway offered to replace Tony Ferguson on less than a week’s notice against Khabib Nurmagomedov in April. He got on a plane to Brooklyn, but was pulled from the bout when the New York State Athletic Commission stopped him from cutting weight.

Max Holloway puts his featherweight belt on the line in the main event of UFC 231 against Brian Ortega.

Then the fight with Ortega was scheduled for UFC 226 in July, but again Holloway was forced out of the bout due to concussion-like symptoms. Subsequent tests produced no definitive answers for Holloway and his team.

Now there were question marks about the longevity of “The Blessed Era,” but none in the mind of the man running that show. On Saturday night, Holloway, with a clean bill of health and the desire to silence the doubters once more, is ready to fight Ortega.

“Ortega’s just another guy,” he said. “The training camp’s the same, the mindset’s the same. People keep saying, ‘You’re fighting an undefeated guy, how do you beat him?’ I’m undefeated too. I’m 0-0 every damn fight. It’s two young lions going at it and I think the fans are in for a treat.”

Holloway may look at this as a fresh start, but in reality, it’s essential that he shows the form he has over the last 12 fights, a nearly five-year run of excellence that already have some putting him in the all-time great conversation. It may be too early for any 27-year-old to be talked about like that, but he appreciates such sentiments and he wants to live up to that chatter. It all starts with a win over Ortega, though, because many who praised him a year ago in Detroit are doubting him in Toronto. It doesn’t matter to him.

Since 2014, all Holloway has done is win when his name is called and he makes the walk to the Octagon. In 2018, he was scheduled for three walks and didn’t make any. That changes on Saturday night, and Holloway is in a statement-making mood.

“I guess now it’s time to be ‘that’ guy for the next generation,” he said. “Come and catch me. Good luck. I’m setting the bar and I dare you to beat me. I’m not that hard to find. I’ll be right here. Come get me.”