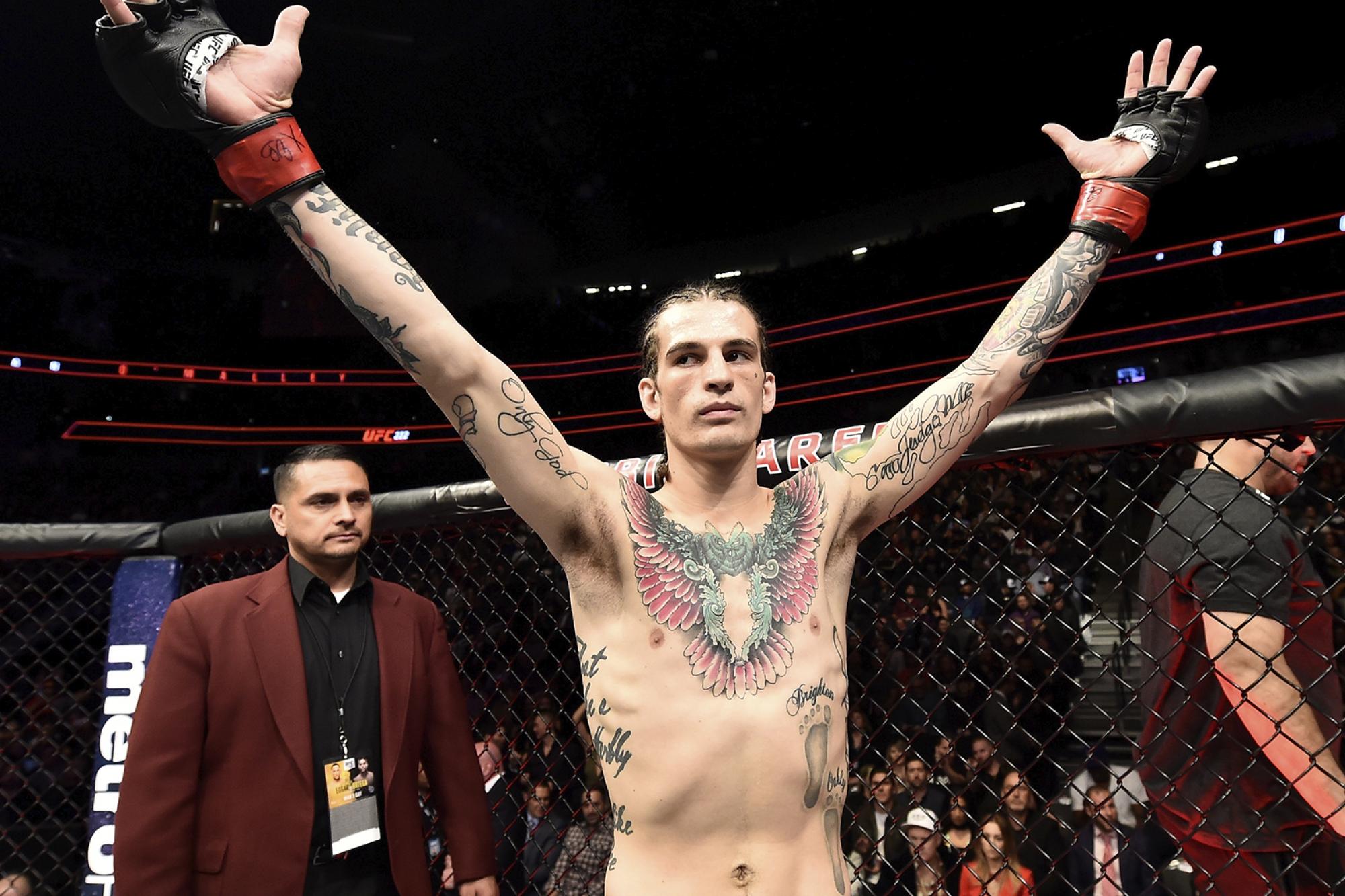 Make sure you know which fighters to have your eye on at UFC 248: Adesanya vs Romero
By E. Spencer Kyte, on Twitter @SpencerKyte • Mar. 1, 2020

Every so often a card comes along that makes your Spidey Sense tingle and this is one of those cards for me.

In addition to the championship fights at the top of the bill being absolute fire, the reason this card gives me all the advanced feels is that every bout prior to those title clashes has the potential to be exciting or to tell us something about one or both of the participants in each of those contests.

What ups the ante this weekend is that even before the action shifts to pay-per-view, three of the most intriguing prospects on the roster will step into the Octagon in crucial matchups that will go a long way to determining what the rest of their respective years will look like and help shape how we talk about them going forward.

Here’s a closer look at those three athletes and what awaits them in Las Vegas. 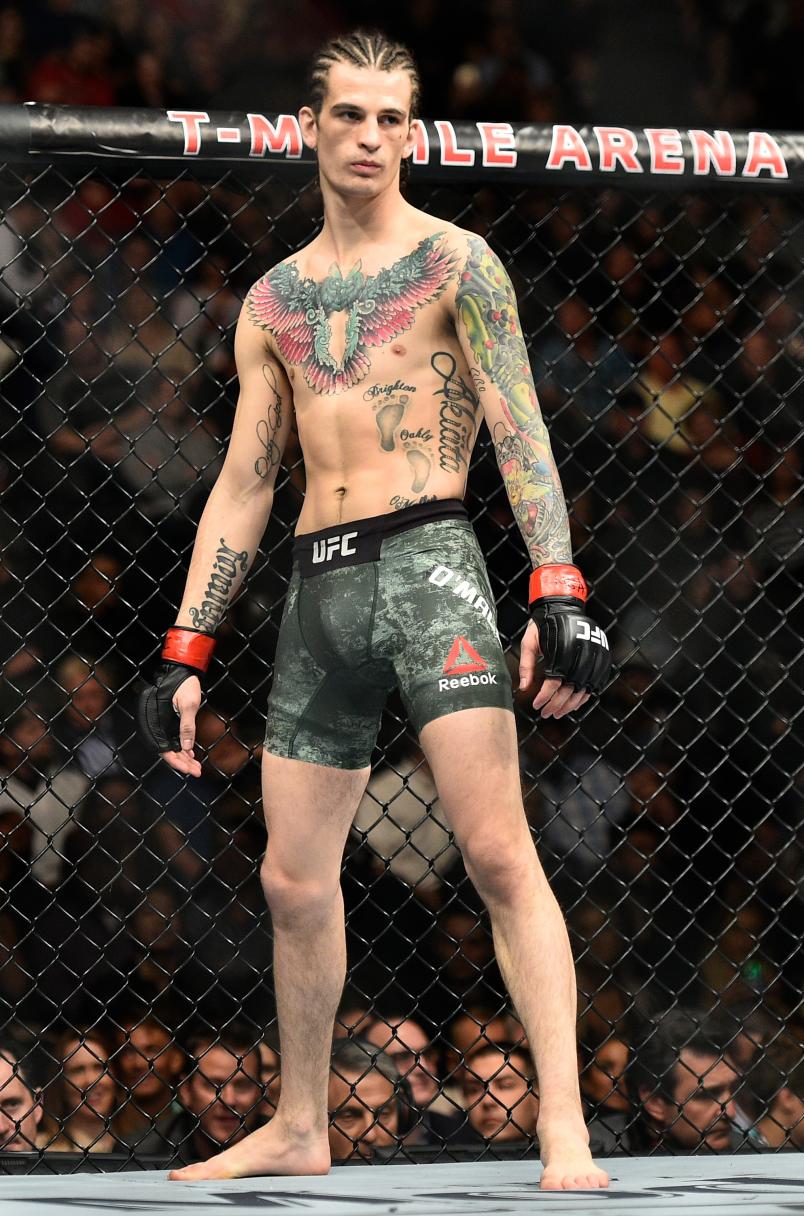 Sean O'Malley prepares to fight Andre Soukhamthath in their bantamweight bout during the UFC 222 event inside T-Mobile Arena on March 3, 2018 in Las Vegas, Nevada. (Photo by Brandon Magnus/Zuffa LLC via Getty Images)

The Sugar Show is back!

Two years plus a couple of days since his last appearance, O’Malley makes his long-awaited, oft-delayed return to the cage this weekend, squaring off with Jose Quinonez in the final preliminary card bout of the evening. A perfect 10-0 in his career and 2-0 in the UFC since his breakthrough performance on the first season of the Contender Series, the 25-year-old Montana native is considered by many to be one of the top prospects in the sport and a lead-pipe cinch to be a contender in the not-too-distant future.

That’s what makes this weekend’s bout with Quinonez so perfect and such an appealing piece of Saturday’s fight card.

The 29-year-old former Ultimate Fighter Latin America finalist has gone 5-1 over his last six fights, posting wins over Diego Rivas, Teruto Ishihara, and Carlos Huachin during that stretch and developing into a proven tough out in the middle of the bantamweight pack. Quinonez is the kind of steely competitor who isn’t going to go softly into the night, so it will take a strong effort from O’Malley in order to maintain his unbeaten record and resume his climb towards contention.

O’Malley has all the markings of a future star — he’s got the look, the personality, and the obvious charisma to go along with an undefeated record and a ringing endorsement from UFC President Dana White following his show-stopping finish of Alfred Khashakyan three summers back. He looked good in each of his first two appearances — unanimous decision wins over Terrion Ware and Andre Soukhamthath — however there now are question marks hovering around him and his place in the division because of his absence and the ascendency of several other young names in the bantamweight ranks.

This is a chance for him to show that two years on the sidelines did nothing but strengthen his drive, sharpen his skills, and make him an even more impressive prospect, and given that he’s already earned a reputation for being a showman, you can be sure O’Malley is going to be looking to make a serious impression on Saturday night. 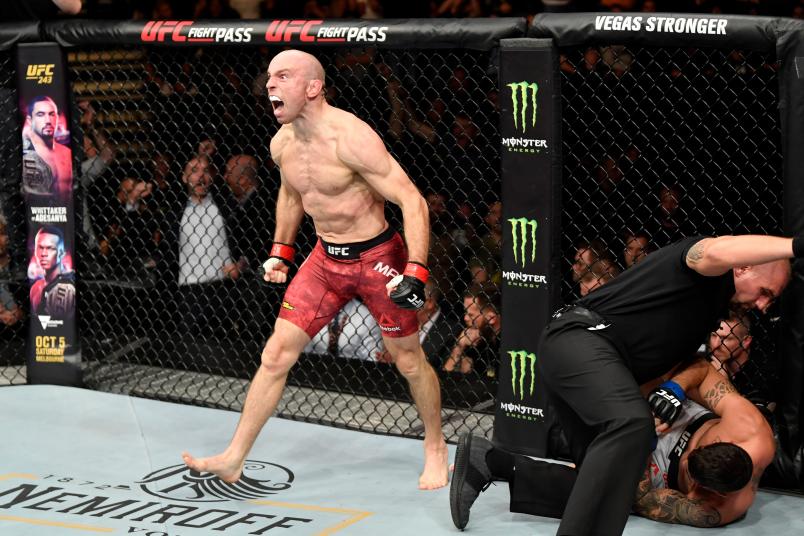 Mark O. Madsen of Denmark celebrates his victory over Danilo Belluardo of Italy in their lightweight bout during the UFC Fight Night event at Royal Arena on September 28, 2019 in Copenhagen, Denmark. (Photo by Jeff Bottari/Zuffa LLC via Getty Images)

A three-time Olympian and 2016 silver medalist in Greco-Roman wrestling, Madsen has made a seamless transition to MMA thus far, carrying a 9-0 record into this weekend’s showdown with Elevation Fight Team member Austin Hubbard.

The 35-year-old Dane absolutely steamrolled Danilo Belluardo in his promotional debut last September in Copenhagen, quickly dragging him to the canvas and burying him under an avalanche of strikes from top position. It was the kind of performance that makes you realize Madsen is operating on an entirely different level than the vast majority of fighters when it comes to his wrestling and grappling acumen.

We talk all the time about competitors who are elite in certain disciplines or areas of a fight, but being an Olympic-caliber athlete is a completely different ball game, and reaching the podium means you’re the elite of the elite. That pedigree makes Madsen a compelling addition to the 155-pound weight class.

Hubbard is a promising young talent from a very good camp, so this will certainly be the Danish standout’s toughest test thus far. That being said, Madsen’s overall resume is outstanding and we’ve seen numerous other Olympic medalists make quick climbs up the divisional ladder before, so don’t be surprised if he does the same in 2020. 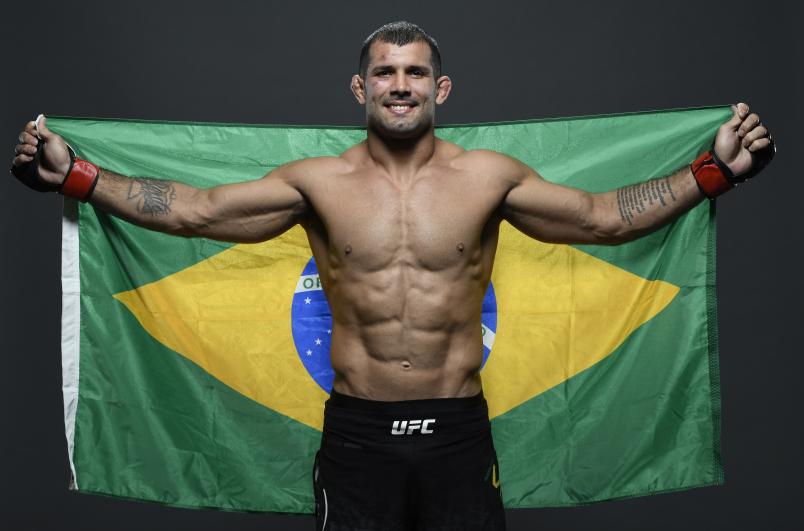 Rodolfo Vieira of Brazil poses for a portrait backstage after his victory during the UFC Fight Night event at Antel Arena on August 10, 2019 in Montevideo, Uruguay. (Photo by Mike Roach/Zuffa LLC)

The 30-year-old Vieira is a four-time Brazilian jiu-jitsu world champion who has been flawless since transitioning to mixed martial arts. After earning finishes in each of his first five fights, Vieira signed with the UFC and made his promotional debut last August in Montevideo, Uruguay, submitting Oskar Piechota in the second round.

Unlike Madsen, Vieira’s debut wasn’t without rough patches, as Piechota stuffed a handful of takedown attempts and made the Brazilian work hard to secure the finish, leaving him with a sizable mouse under his right eye for good measure. But while there is plenty to like about a fighter blowing through the opposition in their debut, there is also something noteworthy about seeing a highly touted new addition forced to push through some adversity and dig deeper than they have in the past in order to maintain their unbeaten record, and that’s exactly what Vieira did.

This weekend, Vieira takes on former light heavyweight Saparbeg Safarov in his sophomore appearance inside the Octagon. After dropping his first two UFC appearances, the 33-year-old Russian got into the win column last March in London, and now he moves down to middleweight in search of a second straight victory.

Vieira has the potential to be an impact addition to the 185-pound weight class in the future, but for the time being, he’s a long-range prospect whose development is worth tracking closely.