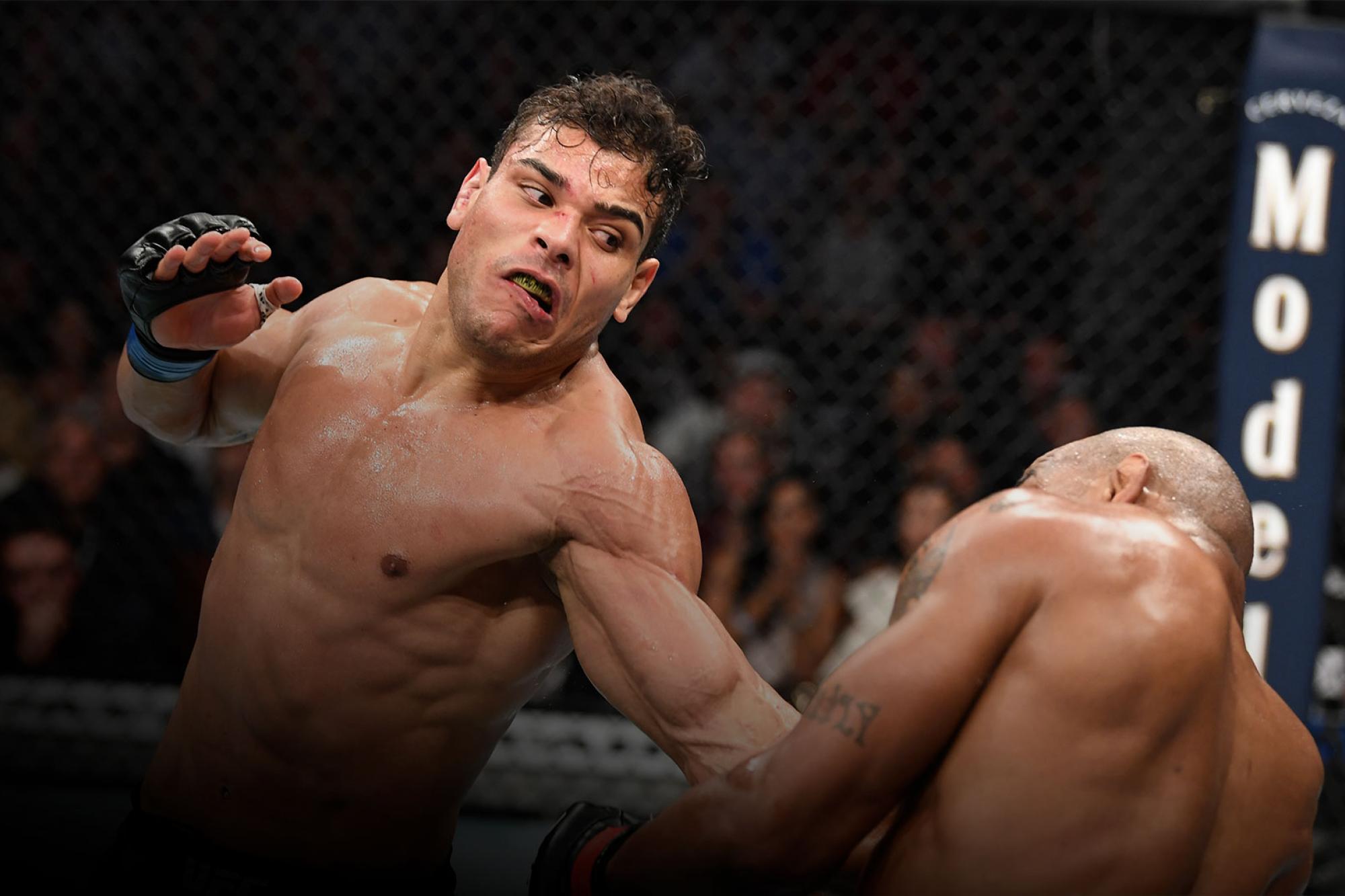 The return to Fight Island kicks off with a fun pay-per-view event headlined by two stellar title fights. Middleweights Israel Adesanya and Paulo Costa carry contrasting styles with a lot of knockouts and zero losses, and it’s a matchup almost dripping with potential fireworks. In the co-main, the new era of the light heavyweight division begins when Jan Blachowicz and Dominick Reyes clash, seeking to become the first 205-pound champion in nearly a decade not named Daniel Cormier or Jon Jones.

The prelim action features a handful of intriguing and meaningful fights, as well, particularly in the flyweight division, where a rising contender takes on his most difficult challenge to date when Brandon Royval faces Kai Kara-France, who is looking for a signature performance to catapult his name into the 125-pound title picture.

With those matchups in mind, we took a microscope to their stats to see what trends could bear meaningful fruit on fight night.

(All stats according to UFC’s Record Book and Fight Metric as of September 24, 2020, and only include active athletes in their respective division unless noted otherwise)

What It Means: “The Last Stylebender” is as technically proficient a striker as any on the UFC roster. He is methodical in his attack, often taking the first portion of the fight to make reads and set early traps to capitalize on later in the bout. While he doesn’t come out guns blazing, he is constantly feinting and switching stances to get reactions from his foe. When he is dictating the pace, the bout is often a technical chess match, with Adesanya using his long-limbed frame to maintain range and distance, and his upper-body movement allows him to evade shots while staying in a position to punish his opponent. When opponents try to make the fight a little messier, Adesanya has continued to show improved defensive grappling to keep the fight to a striking battle.

What It Means: Costa fights at a pace that almost feels exhausting to watch because of the output he maintains over the course of his fights. Of course, all but one of his fights – a Fight of the Night win over Yoel Romero – have made it to the judges’ scorecards, but Costa has shown a malicious ability to maraud forward at all costs. For all the forward pressure he puts on, he also throws with evil intentions, but not with complete abandonment. Costa is always looking for a finish, but he does throw a variety of attacks when he picks up on how his opponent reacts to his pressure. He’ll often wing wide punches, but he doesn’t just head hunt, mixing in heavy body punches and kicks into his attack until his foe melts.

What to Look For in the Fight: This is a battle of two contrasting styles that effectively do the same thing. Adesanya’s constant feinting and patient striking, paired with his defensive skills, shuts down and befuddles his opponent’s attack. Costa, on the other hand, swarms his opponent with constant pressure and powerful strikes. Both men render their opponents helpless and without much ability to dictate any portion of the fight. Costa’s fights feel like long sprints, while Adesanya’s bouts feel like a game of chess. Both are versions of beautiful violence, and how the distinct paces clash will be as big an indicator as any in terms of who will take home the middleweight belt.

What It Means: Dominick Reyes is a technically sound, powerful striker whose athleticism gives him a lot of advantages in the Octagon. His biggest weapons are his left straight hand and left high kick, but it’s his movement that allows him to cut angles, dart in and out of range, and pull opponents into his power. He can explode laterally really well and moves quickly inside of the pocket. He rarely wastes his movements and has good instincts when sensing a finish. In the grappling department, his strength allows him to work well up against the fence and in fending off takedown attempts, which he showed throughout his bout against Jon Jones.

What It Means: Although the legend of Blachowicz’s “Polish Power” has grown of late, he’s much more well-rounded as a fighter than that reputation would suggest – he actually has more submission wins than knockouts. That said, Blachowicz is ultra-strong in close quarters, either in grappling exchanges or up against the fence. He’s a smart counter puncher but can also press the action, as well. Moving backward, his power really carries in unexpected moments, such as his devastating knockout over Luke Rockhold when they came apart on the break.

What to Look For in the Fight: Reyes usually presses forward more than Blachowicz, who is comfortable counterpunching. Blachowicz does like to work off a low calf kick and setting up his offense off that. Reyes is the longer fighter and likes to hang out in kicking range a bit more to get off his heavy body and high kicks from range, but when entering the pocket, both are pretty slick about slipping shots and coming back with heavy uppercuts or hooks.

What It Means: “Don’t’ Blink” is a steady, kickboxing-based fighter who loves to stand and bang while also not fearing taking his opponent’s best shots either. He is a patient, technical fighter who is effective with his adjustments between rounds. He works behind his jab while cutting angles and doesn’t rush his power shots. While he hasn’t secured a finish in the UFC just yet, he has rocked his opponent more than once, and he’s defensively sound, as well, with a strong takedown defense thus far.

What It Means: Royval showed great cardio and resilience in his UFC debut, fending off relentless takedowns from Tim Elliott for much of the fight before finally pulling off an arm triangle submission from what seemed like nothing. His submission record is impressive, and he is clearly comfortable working from his back. On the feet, “Raw Dawg” has a pretty slick striking style and likes to throw a variety of techniques in off-beat moments. He is as tough as they come, and his only losses have come via decision.

What to Look For in the Fight: This should be a fun battle between two springy, heavy-hitting flyweights. Royval is the more accomplished grappler and has a more decorated submission record, but they’re both fighters who like to trade punches without fear of eating a shot first. Royval is five inches taller than Kara-France and fights with his length as well, so how Kara-France decides to handle that discrepancy could stylistically tell the tale of the fight as well.