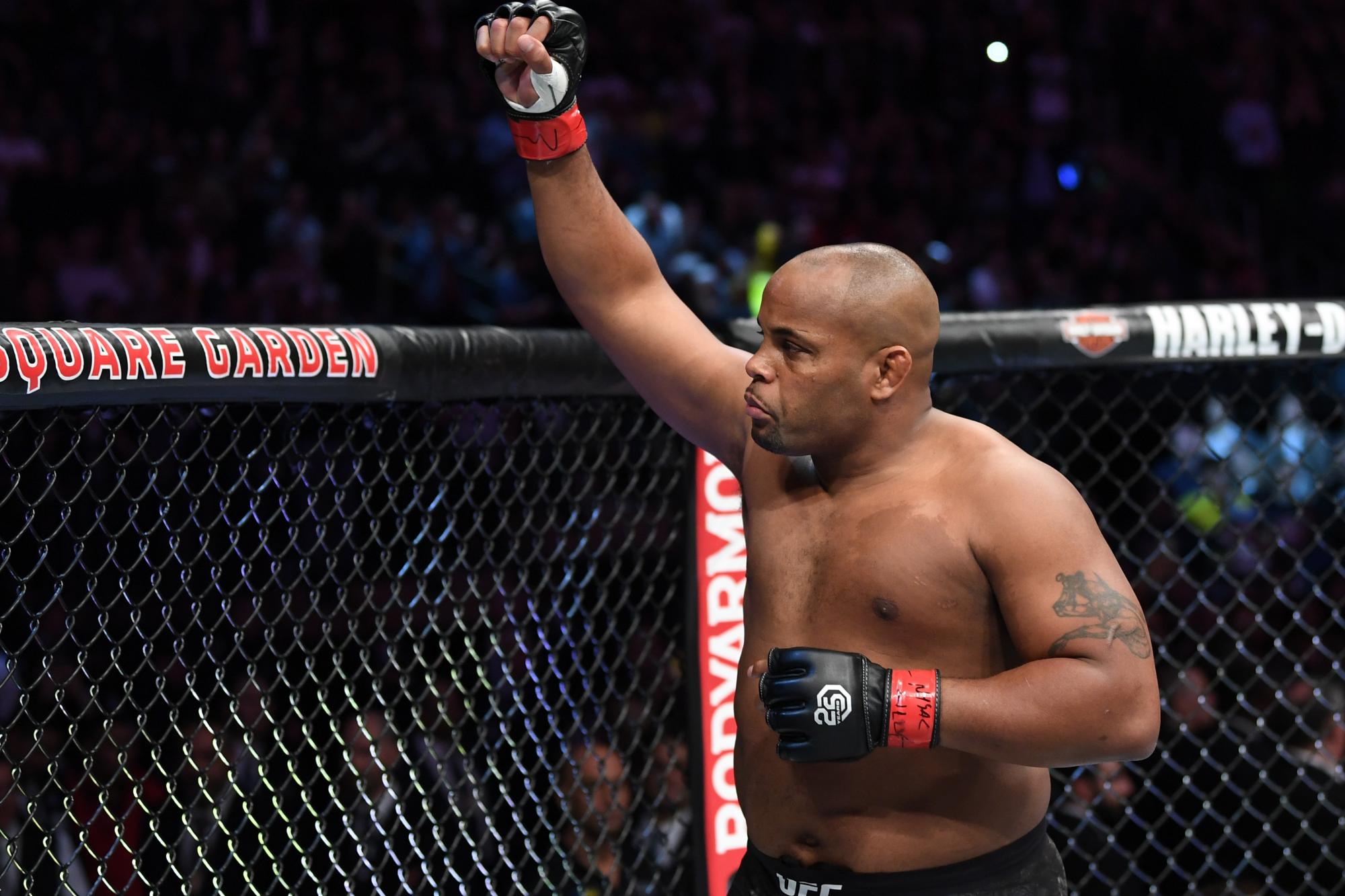 Last weekend all eyes were on the Big Apple as Daniel Cormier put his heavyweight championship belt on the line against the dangerous Derrick Lewis. And with his second round submission victory, the champ champ made history by becoming the first fight to defend a title in two divisions.

But the dominance of DC wasn’t the only thing that we need to be discussing in the aftermath of UFC 230.

Here are our UFC 230 talking points:

All week DC told the world that Derrick Lewis had a punchers chance to snatch the belt away from him, well when the Octagon door closed DC made sure that wasn’t going to happen. DC used his pressure and wrestling to close the distance between the two heavyweights and more importantly, prevent Lewis from landing that big shot in the stand-up game.

DC’s performance won’t go down as one of his greatest of all-time for the simple fact that he almost made it look too easy. If he wanted to take down Lewis, he took him down. If he wanted to execute his ground and pound game, he did. And then he was able to secure a submission with relative ease for the victory. It was a fluid and dominant display from the champ that shows just how talented and special he is.

Is DC the G.O.A.T.? The lengthy list of accomplishments definitely make a case for the Louisiana native. Not only is DC the first ever fighter to defend a title in two divisions, but the win over Lewis marked his fourth overall title defense. And if you’re keeping score, he is 15-0 at heavyweight and 7-1 at light heavyweight. The numbers don’t lie, DC is as decorated as they come and he deserves to be treated as one of the greats.

Things kicked off with the undefeated Israel Adesanya making a statement to the world by finishing Derek Brunson in the first round. If there was anyone that questioned if Adesanya could handle the top-tier middleweights they probably are keeping that to themselves after Saturday night. Adesanya continued to show his incredibly efficient striking and confidence that makes him so fun to watch. It will be interesting who we see him match-up with next.

After a solid decision victory from Karl Roberson over Jack Marshman, it was Jared Cannonier that would make some noise in his middleweight debut against David Branch. Cannonier displayed power with a massive right cross that left Branch covering up on the canvas, that image is something that other middleweights are going to have to remember going forward. What a performance.

And then there was the co-main event showdown between Chris Weidman and Jacare Souza. Not only was their battle fight of the night, but it had all the makings of a potential fight of the year candidate. Both world class grapplers kept it standing and swinging, trading big shot after big shot. Weidman looked great, but in the end it was Jacare landing a massive shot to the temple that ended the fight as Madison Square Garden erupted.

With all three lower ranked middleweight defeating their opponent, the middleweight picture is about to see a big change.

If not for the ridiculous performances by Jacare and Weidman, Lando Vannata and Matt Frevola would have secured the fight of the night honors at UFC 230. Even worse is that the two lightweights fought to a draw, which happens to be Vannata’s second draw in his last three fights. Regardless of the outcome both fighters put on an incredible show that deserves recognition.

Sijara Eubanks might have missed weight but she that didn’t stop her from getting the job done against the consistent Roxanne Modafferi. It was a dominant outing for SarJ but if she doesn’t figure out her weight cutting issues then it will be a struggle for her to gain traction going forward.

Shane Burgos and Lyman Good both put on a show for their home state with big finishes.

Moments after getting dropped Burgos recovered and went on the offensive as veteran Kurt Holobaugh pounced in hopes of a finish. Burgos caught Holobaugh with an armbar and that was all she wrote. It was a big bounce back for a Burgos after losing his first career fight in his last Octagon appearance. Without question he could be a force in this division as he gains more experience.

Good opened the UFC 230 prelims in a big way, but taking care of Ben Saunders in a minute and a half. Saunders was hitting Good with knees from the clinch but Good’s uppercuts eventually dropped him and from there it was hammer fist after hammer fist until Herb Dean could step in. What a moment from the local. He is another exciting fighter in an already stacked welterweight division, expect him to make some more noise going forward.