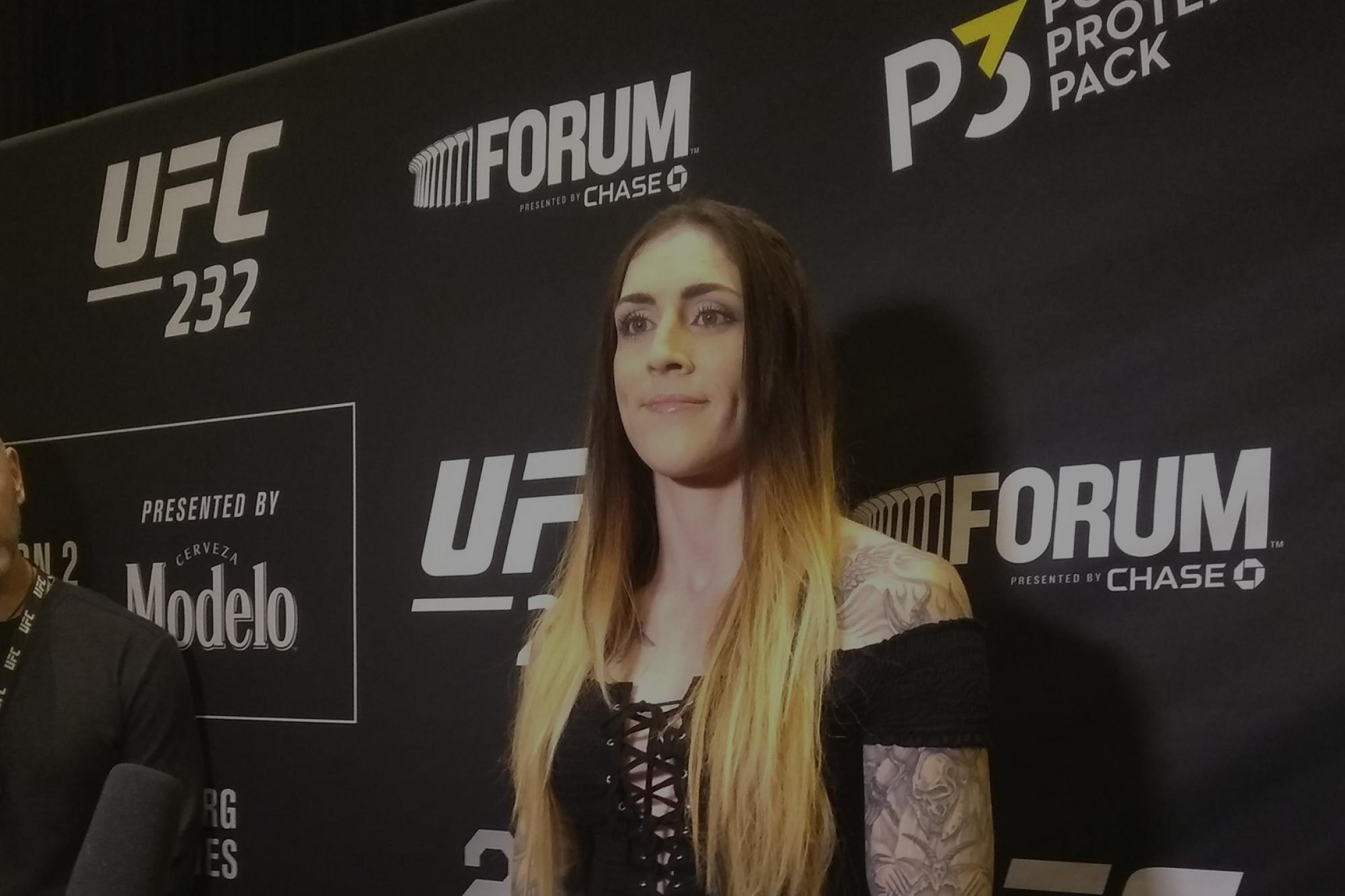 Here’s a brief recap of what each of the fighters had to say heading into this weekend’s event.
By Gavin Porter • Dec. 28, 2018

UFC 232’s fight week has been anything but normal. The event was originally scheduled to take place in Las Vegas but switched at the last second to The Forum in Los Angeles. With no open workouts and no media day, fight week obligations consisted of the UFC 232 presser and the ceremonial weigh-ins on Friday.

But UFC women’s featherweight Megan Anderson had other ideas. She took to Twitter to ask the UFC to set-up an impromptu media day after yesterday’s press conference. It didn’t take long for her idea to gain traction, as Michael Chiesa supported the concept.

And her wish was granted. Nine fighters showed up for interviews in what will go down as the first ever fight week volunteer media day.

Anderson and Chiesa, along with Bevon Lewis, Petr Yan, Alexander Volkanovski, Ilir Latifi, Andrei Arlovski, Curtis Millender and Andre Ewell participated in the scrums. They discussed the craziness of the week, their fight match-ups and much more.

Here’s a brief recap of what each of the fighters had to say heading into this weekend’s event.