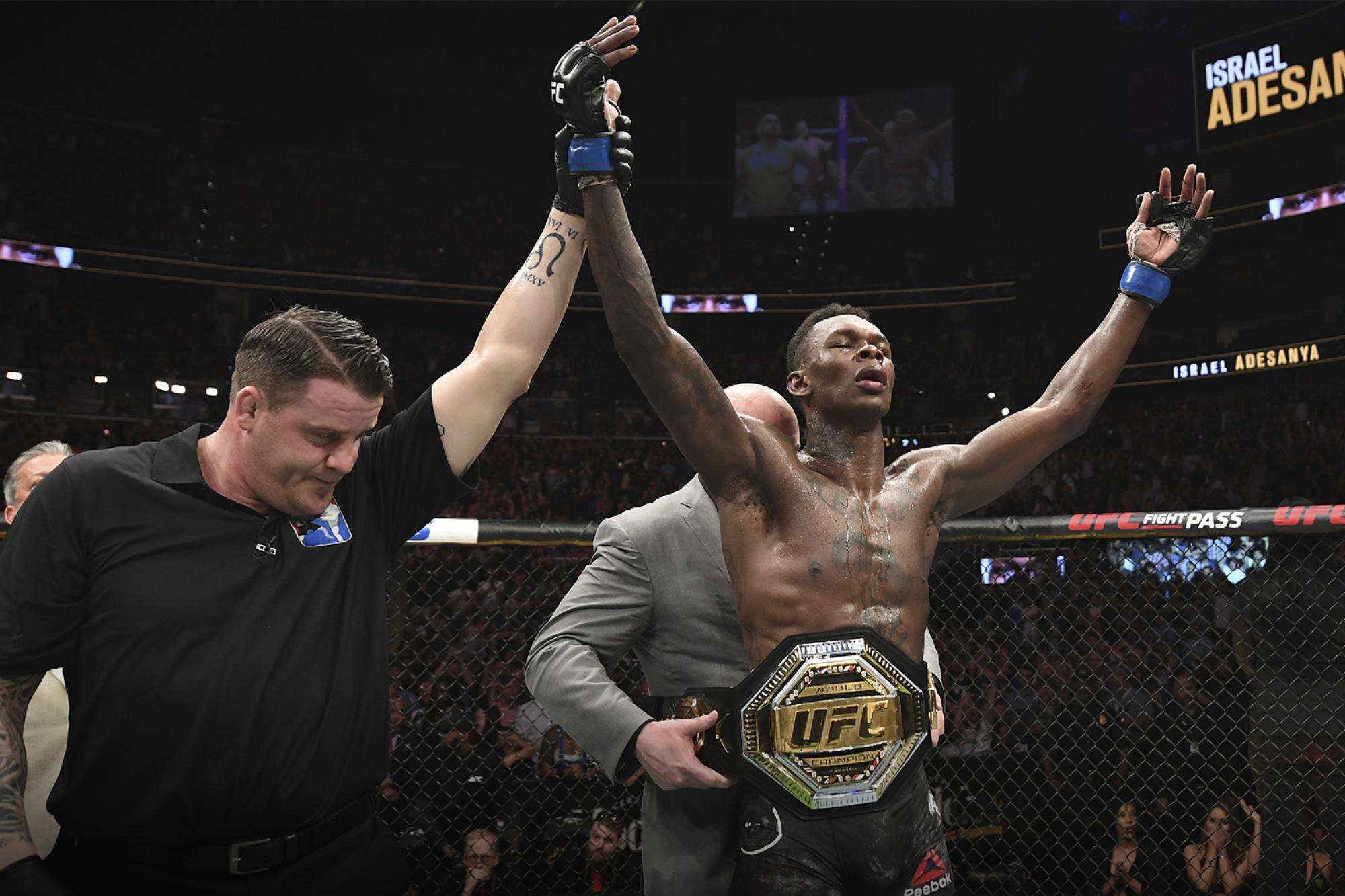 The Highlights, Bonuses and Talking Points of a Wild Night in Atlanta
By Steve Latrell • Apr. 14, 2019

Neither the main event nor the co-main event of UFC 236 had any business going the distance.

Both brawls immediately and without hyperbole were slapped with the "instant classic" tag, and moved directly to the front of the line for Fight of the Year honors. They were the type of back-and-forth wars the could have and possibly should have ended at literally any moment with a single shot.

It's rare enough to get one fight of such magnitude in an evening. To get two of them back-to-back, and have them both go the full 25 minutes is damn near a unicorn.And when both are that good, the only way to balance the scales is to make them both Fight of the Night.

Fight of the Night
Max Holloway vs Dustin Poirier

It was billed as a rematch, but the two fighters in the Octagon bore very little resemblance to the men who collided back at UFC 143.

With two of the most evolved and refined deliveries in the sport, Max Holloway and Dustin Poirier threw enough hands Saturday to find themselves in the UFC's top five all-time for significant strikes. A determined Holloway now finds himself at number two on that list with 181, while Poirier claims the third spot with 178. Only their division mate Tony Ferguson landed more in a single fight.

Despite the slight edge in strikes for the featherweight champ, it was Poirier's arsenal that did the most damage. Never had Holloway's face been so pieced-up and bloodied, and you'd have to go back years to find any opponent that repeatedly shook Holloway's foundation the way The Diamond did.

That didn't make it smooth sailing for Poirier by any means. Holloway's relentlessness, even through his visible ailments, gave Poirier fits throughout the evening. But almost like a video game character that needs to withstand some short term damage to gain a long term power-up, Poirier put Holloway in a position where a finish was his only chance at victory.

"That guy is a warrior," Poirier would say later. "What a fight that was. I can't wait to watch it. I hope it's as exciting as it felt."

Don't worry, Dustin. It was.

When it was announced that Max Holloway would rematch Dustin Poirier for the interim lightweight belt, one could safely assume, regardless of the outcome, that Fight of the Night or even Fight of the Year would be a given.

And it still could be.

But there was the small matter of the co-main event in Atlanta, where Kelvin Gastelum and Israel Adesanya gave the State Farm Arena crowd a spectacle that they'll carry with them forever; the type of performance that reminds the viewer why they love mixed martial arts.

“This was the hardest fight of my career. Bar none,” Adesanya confirmed through a criminally swollen lip. “He’s kinda forced me to take some time off.”

Few would argue that time off would be a bad thing for Adesanya. In a dizzying 14 months, The Last Stylebender has rattled off 6 consecutive wins, and remains undefeated as a professional. But Saturday night was the first time the Nigerian New Zealander looked to be in legitimate danger, cheating peril as he continually beat back a relentless Gastelum, who marched back time and time again from strikes that would have ended nearly any other fighter. In fact, Adesanya notched the third highest knockdowns in UFC history, only to look up and see Gastelum resurrected yet again.

The sold out crowd of Americans on their feet and chanting "A-des-an-ya" gave a tantalizing preview of the energy that will accompany the anticipated title unification bout between Adesanya and current middleweight champ Robert Whittaker. If it transpires in Australia, Adesanya cooly predicts it will be the largest sporting event Down Under has ever witnessed. He may be right.

On any other night, the standout performances of the undercard would have made strong cases for their own performance bonuses.

Khalid Taha needed only 25 seconds to spoil the UFC debut of Boston Salmon with a sharp TKO.

Khalil Rountree was already respected as an explosive threat in the light heavyweight division, but seemed to have an entirely new and improved set of tools in his toolbox as he dispatched Eryk Anders. His four knockdowns tonight set a new single-fight UFC light heavyweight record, and tied Josh Emmett for most knockdowns scored by a fighter in a single UFC round.

Nikita Krylov avenged an old loss to Ovince Saint Preux with a second round rear naked choke that ties him for second among light heavyweights for submission finishes with four.

Alexandre Pantoja extended his winning streak to three (good for second place among flyweights) with his dominant TKO of veteran Wilson Reis.