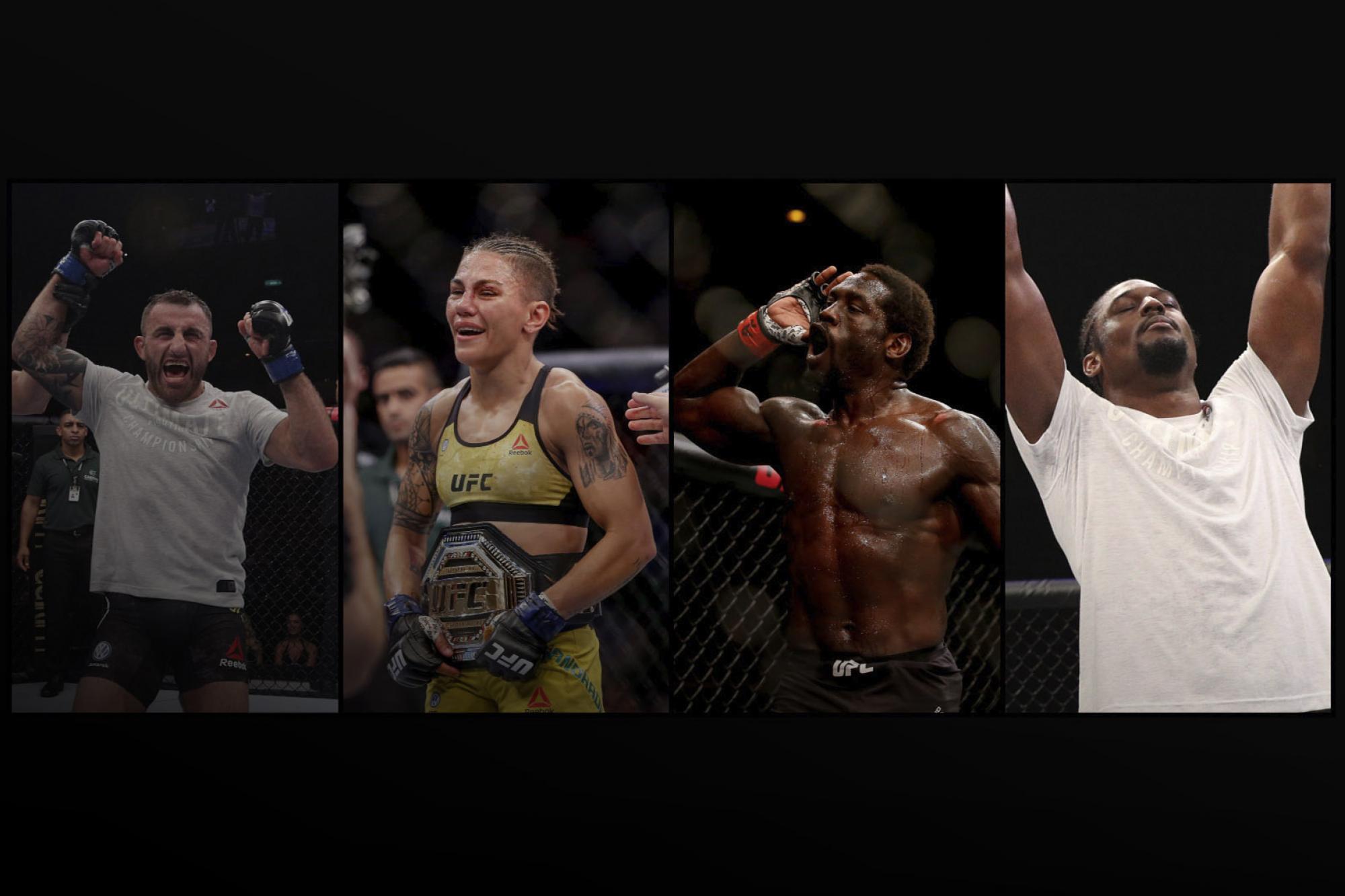 It’s time to go to the scorecard to see who the big winners were in Brazil
By Thomas Gerbasi • May. 13, 2019

Saturday’s UFC 237 event is in the books, and now that the dust has settled in Rio de Janeiro, it’s time to go to the scorecard to see who the big winners were at Jeunesse Arena.

1 – Jessica Andrade
It didn’t look good for Jessica Andrade in the first five minutes of her second world title fight against Rose Namajunas. As good as Namajunas is, it was almost shocking to see how she handled the Brazilian challenger, who tore through Claudia Gadelha, Tecia Torres and Karolina Kowalkiewicz to earn her shot. But Andrade has fighting not just in her fists, but in her chest, and that heart was evident as she came out for round two determined to turn things around. Ultimately she did with a frightening slam of Namajunas that put the 115-pound title in the possession of Andrade, who has plenty of contenders that could take her on. Tatiana Suarez, Nina Ansaroff, Joanna Jedrzejczyk and Namajunas are just four of them. That’s quite a lineup, but if there is one fighter in the sport who has never shied away from a challenge, it’s “Bate Estaca.”

2 – Rose Namajunas
It’s easy to be classy in victory. It’s not that easy in defeat. But Rose Namajunas, like Cris Cyborg before her, showed that losing a title isn’t a death sentence. It’s a momentary setback, a situation where it just wasn’t your night. Look at Namajunas. Losses to Carla Esparza in 2014 and Karolina Kowalkiewicz in 2016 only fueled her for bigger and better things. If she chooses to return to the Octagon, something she left up in the air in her post-fight comments, she is the number one threat to Andrade, and if you have any doubts, check out round one of Saturday’s bout. But “Thug Rose” hasn’t discussed any woulda, coulda, shouldas. She congratulated her opponent, let her have her moment, and proved that you don’t need a belt to be a champion.

3 – Jared Cannonier
Some things will always be a mystery in the fight game. Yes, I understand that fans will show up to an arena wanting to see their favorite fighter win, and they may boo his or her opponent. That’s cool, they paid their money for a ticket. I even get it if they’re booing a questionable decision, but when a fighter wins a bout fair and square like Jared Cannonier did on Saturday, is it necessary to boo the guy so loudly that he can’t even give a proper post-fight interview? Even the man he beat, Anderson Silva, was as gracious as could be in defeat. It’s a fight. Someone wins, someone loses, but everyone who walks up those four steps to compete in the Octagon should be respected. As for the fight, Cannonier was having a solid first round before and injury ended Silva’s night, and it’s clear that at 185 pounds, “Tha Killa Gorilla” has found a home.

4 – Alex Volkanovski
I don’t care who you are and who you’re fighting. If you’ve won 17 straight in the world of mixed martial arts, you’re a special fighter. Alexander Volkanovski proved that on Saturday night, as he followed up wins over Darren Elkins and Chad Mendes with a victory over Jose Aldo. Was it going to make the highlight reel of Alexander “The Great”? No, but in moving to 7-0 in the Octagon, Volkanovski put in a workmanlike effort against an all-time great and put himself in line for a crack at Max Holloway’s featherweight belt. And that’s a heck of an interesting fight.

Hear what Alexander Volkanovski had to say after his decision victory over Jose Aldo.

5 – Ryan Spann
On a night that was rough for veteran Brazilian stars, Ryan Spann may have delivered the best performance in stopping Rogerio Nogueira in a little over two minutes. And though Nogueira is in the closing stages of his career, Spann did what a prospect is supposed to do in those situations, as he hurt Nogueira and got him out of there. In the process, “Superman” looked like a monster that will be a handful for any 205-pounder, and if the contenders in the division get a chance to fight him, do it now while he’s still developing because in a year or two, he may be untouchable.