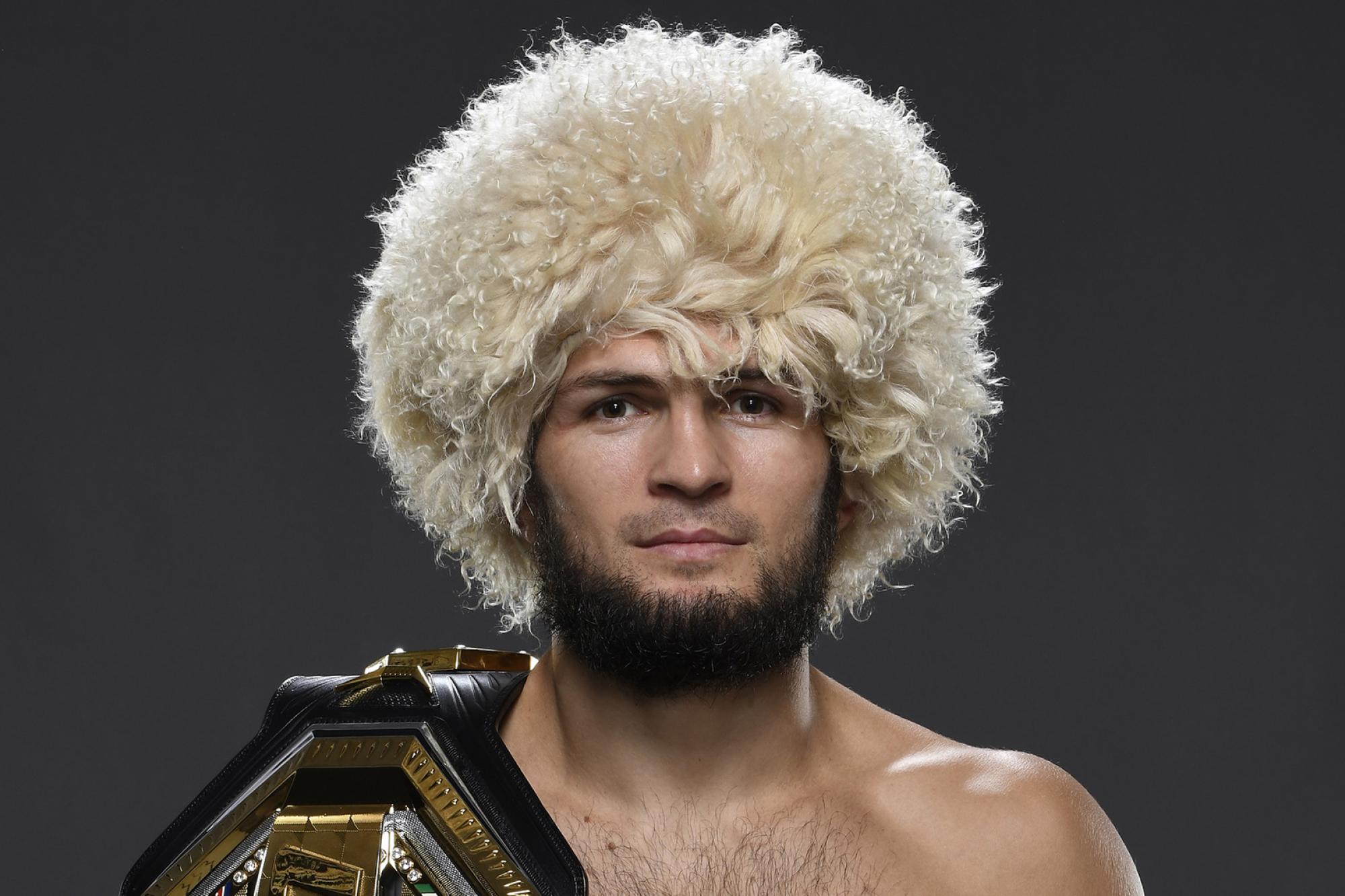 Saturday’s UFC 254 event is in the books, and now that the dust has settled on Fight Island in Abu Dhabi, it’s time to go to the scorecard to see who the big winners were at Flash Forum.

Oh, how I love a good story. And there aren’t many better than the one being written by flyweight newcomer Miranda Maverick. A full-time student pursuing her PhD while chasing UFC gold, the 23-year-old has a tale mainstream media will jump on…if she can fight. And with wins over three UFC vets (Pearl Gonzalez, DeAnna Bennett, Shanna Young) before she even stepped into the Octagon for the first time, plus a first-round stoppage of Liana Jojua in her debut on Fight Island, it’s clear that she can fight. Now it’s time to see how far she can take this, and by the looks of it, Maverick may be going pretty far in the UFC. 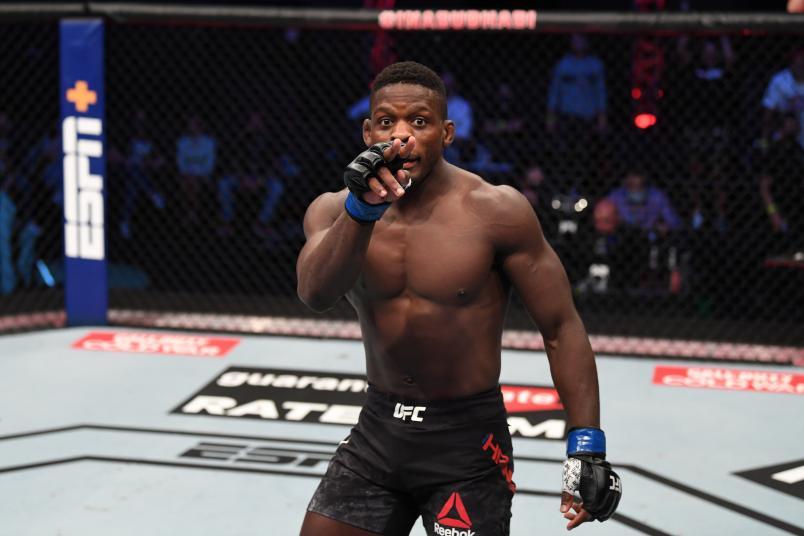 It only took 18 seconds for everyone who jumped off the Phillip Hawes bandwagon to hop right back on after he defeated Jacob Malkoun in his UFC debut last weekend. And that’s the way the sports world goes. But you have to feel happy for “Megatron” who was expected to soar to the top as soon as he put the gloves on for the first time as a pro in 2014. But then he lost to Andrew Sanchez on TUF 23, was submitted by Louis Taylor, and then was knocked out by Julian Marquez on Dana White’s Contender Series. It would have been enough for many fighters to fade into the background or walk away entirely. Instead, Hawes kept pushing, kept evolving, and after a trio of finishes, he went back on DWCS and took 78 seconds to earn a UFC contract. A little over a month later, he broke it in with an 18-second win. Now that’s a comeback. 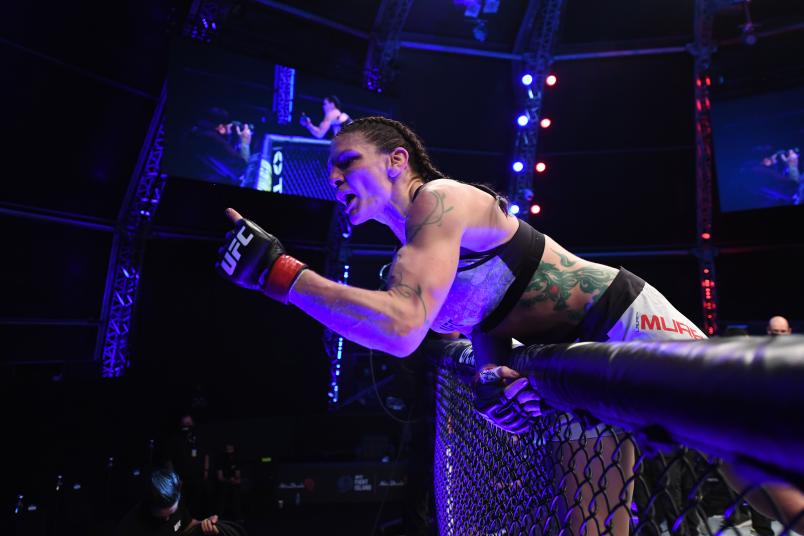 When you talk about people who have paid their dues in not just the fight game, but in life, Lauren Murphy has to be near or at the top of the list. And when you consider that her UFC career started out at 2-4, her rise up the flyweight ladder is even more impressive. On Saturday, Murphy won her fourth straight with a second-round submission of Liliya Shakirova. It was the typical Murphy fight in that she pressed the action, found her best path to victory and then pounced on it. Sure, Shakirova was a UFC newcomer, but she was a talented rookie and one who had the style to give Murphy problems, but “Lucky’ Lauren wasn’t having it. To top things off, Murphy made her feelings known when it comes to the topic of getting a shot at the title, and with her current run, she has certainly made her case for a shot at the winner of next month’s title bout between Valentina Shevchenko and Jennifer Maia.

Patience. It’s so rare in the fight game, but so essential. And when fighters who made their name being impatient learn it, special things can happen. Look at Justin Gaethje for example. His ability to pull it back when he needed to got him an interim lightweight title and a UFC 254 main event. And now Robert Whittaker may have gotten himself a shot at regaining his middleweight title from Israel Adesanya after a pair of patient and impressive wins over Darren Till and Jared Cannonier. It’s this evolution – coupled with a brief break from the fight game after his loss to Adesanya – that could make the former champ even more dangerous than he was before.

It wasn’t the end we expected to the career of Khabib Nurmagomedov, but maybe we should have seen it coming, simply because “The Eagle” has never done things in a conventional fashion. The Dagestan native always marched to the beat of his own drum, and that individuality extended to his work inside the Octagon, where the game plan always remained the same. There were no tweaks to his attack to prepare for certain opponents, no curveballs to throw his foes off. Nurmagomedov told you what was coming and he dared you to stop it. And no one ever did. It’s why today, fresh from a submission win over Justin Gaethje that lifted his perfect record to 29-0, the debates aren’t about where he stands in today’s MMA world after his retirement, but where he stands all-time. Sure, you want to see the great ones tested, show the ability to roar back from adversity and engage is fights that go down in the books as all-time classics. But what of the fighters so good that they never got the opportunity to pull out a last-minute win or rise from the canvas in an all-out brawl to secure a victory? Nurmagomedov was that guy, and if you want to call him the best of all-time, you have a strong case, depending on what you want to see out of your MMA heroes. But even if you don’t consider him the greatest to ever put on the gloves, you have to admit he’s in the top five at the very least. That’s quite a legacy to leave, but maybe more important is that this could be one of the rare MMA retirements to stick, and in keeping a promise to his mother, he’s certainly made his late father proud.