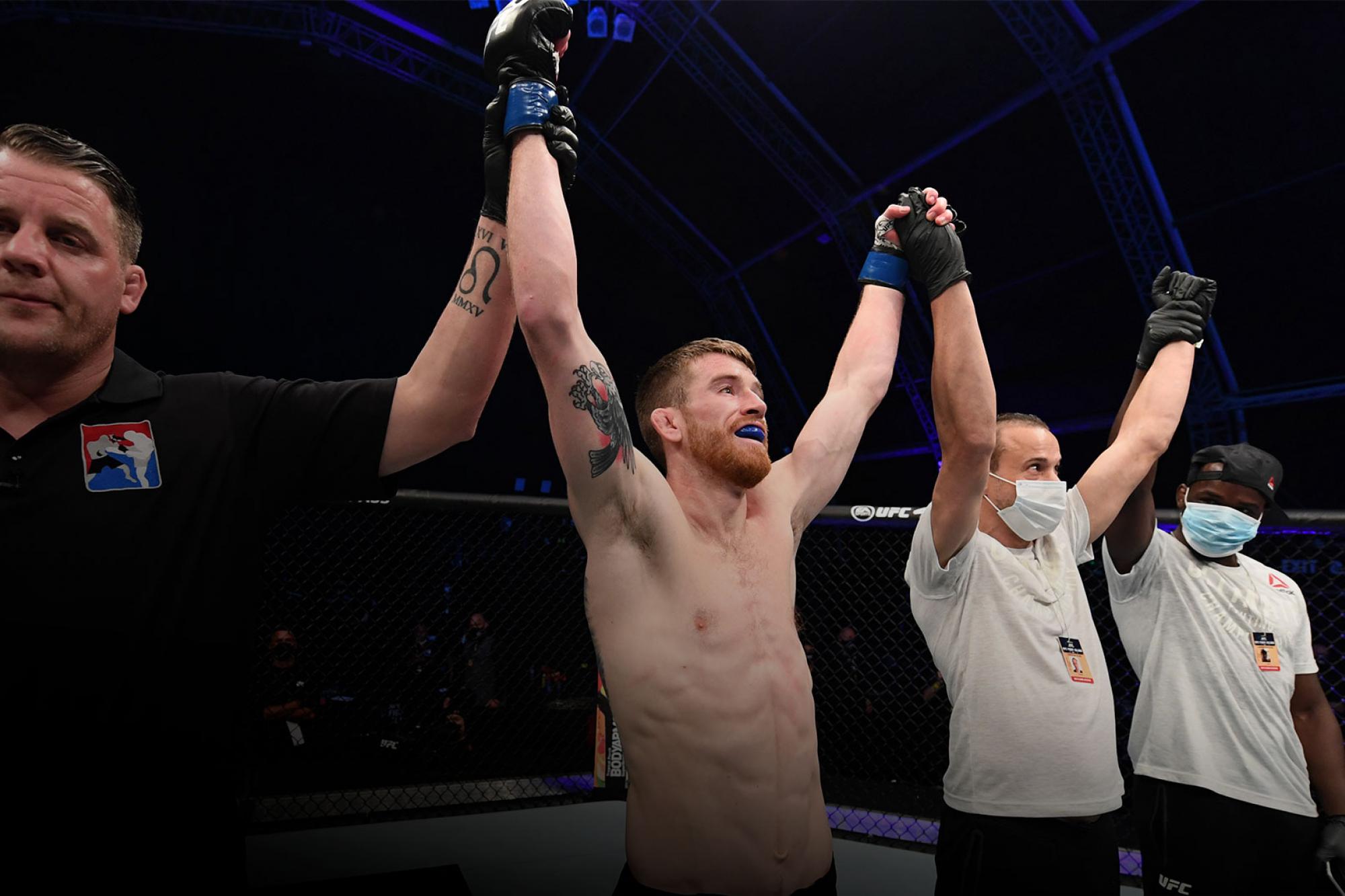 Check out all the big winners from UFC Fight Night: Moraes vs Sandhagen
By Thomas Gerbasi, on Twitter: @TGerbasi • Oct. 12, 2020

Saturday’s UFC Fight Island 5 event is in the books, and now that the dust has settled in Abu Dhabi, it’s time to go to the scorecard to see who the big winners were at Flash Forum.

1 – Joaquin Buckley
How could the man who went viral Saturday night not be on the top of this list? Joaquin Buckley seemingly had everything stacked against him when he faced unbeaten Impa Kasanganay, including his coaches not being able to make the trip to Fight Island for the bout. But Buckley marched on and was winning his fight when he pulled off a move straight out of a video game to knock out Kasanganay and ignite not just the MMA scene, but the entire sports world. And yeah, a hundred years from now, that KO will still be on UFC highlight reels.

Fighters On The Rise, Ortega vs Korean Zombie Edition

2 – Cory Sandhagen
It shows how highly regarded Cory Sandhagen is that few blinked an eye when he was put in Saturday’s main event against Marlon Moraes just one fight removed from a first-round loss to Aljamain Sterling four months earlier. That’s how good Sandhagen is and how competitive the 135-pound weight class can be because I don’t think anyone will hold this defeat against Moraes just like the Sterling loss wasn’t held against the Coloradan. But on Saturday night, Sandhagen was dialed in and ready to go, and when he added his own clip to the highlight reel, it was a win he – or the rest of the division – won’t forget anytime soon.

3 – Chris Daukaus
I’ve said it before and I’ll say it again – while we get excited about a hot prospect in any weight class, when it’s a heavyweight, there’s a little extra to get amped up about, and Philly’s Chris Daukaus looks like the real deal. Possessing fast hands that make up for him not being one of the giants of the division, Daukaus has made short work of Parker Porter and Rodrigo Nascimento thus far in the Octagon, and that’s without even getting to show off his black belt in jiu-jitsu yet. Daukaus versus another rising star in Tom Aspinall? I’m all-in for that.

4 – Tom Breese
Before a couple key losses and a few layoffs, Tom Breese was believed to have the talent to be the next Michael Bisping in the UFC. On Saturday, I won’t say he’s all the way back, but if he looks as good in the future as he did in defeating KB Bhullar in less than two minutes, he might just become a major player at 185 pounds. And at 29, he’s still young enough to make that run to the belt many saw as a given for the Birmingham battler.

5 – Edson Barboza
If you never watched MMA before, you might wonder how a fighter who was 1-5 in his last six was still getting a main card fight in the UFC. You may even ask why he was still on the roster. But numbers (and win-loss records) don’t always tell a complete story, and that’s certainly the case with Edson Barboza, who got back in the win column for the first time since December 2018 by beating Makwan Amirkhani. Barboza is – and always has been – an elite fighter and watching him on Saturday night made that fact clear once more. Now, at least, he can move forward without worrying about his back being against the wall. That makes him even scarier.