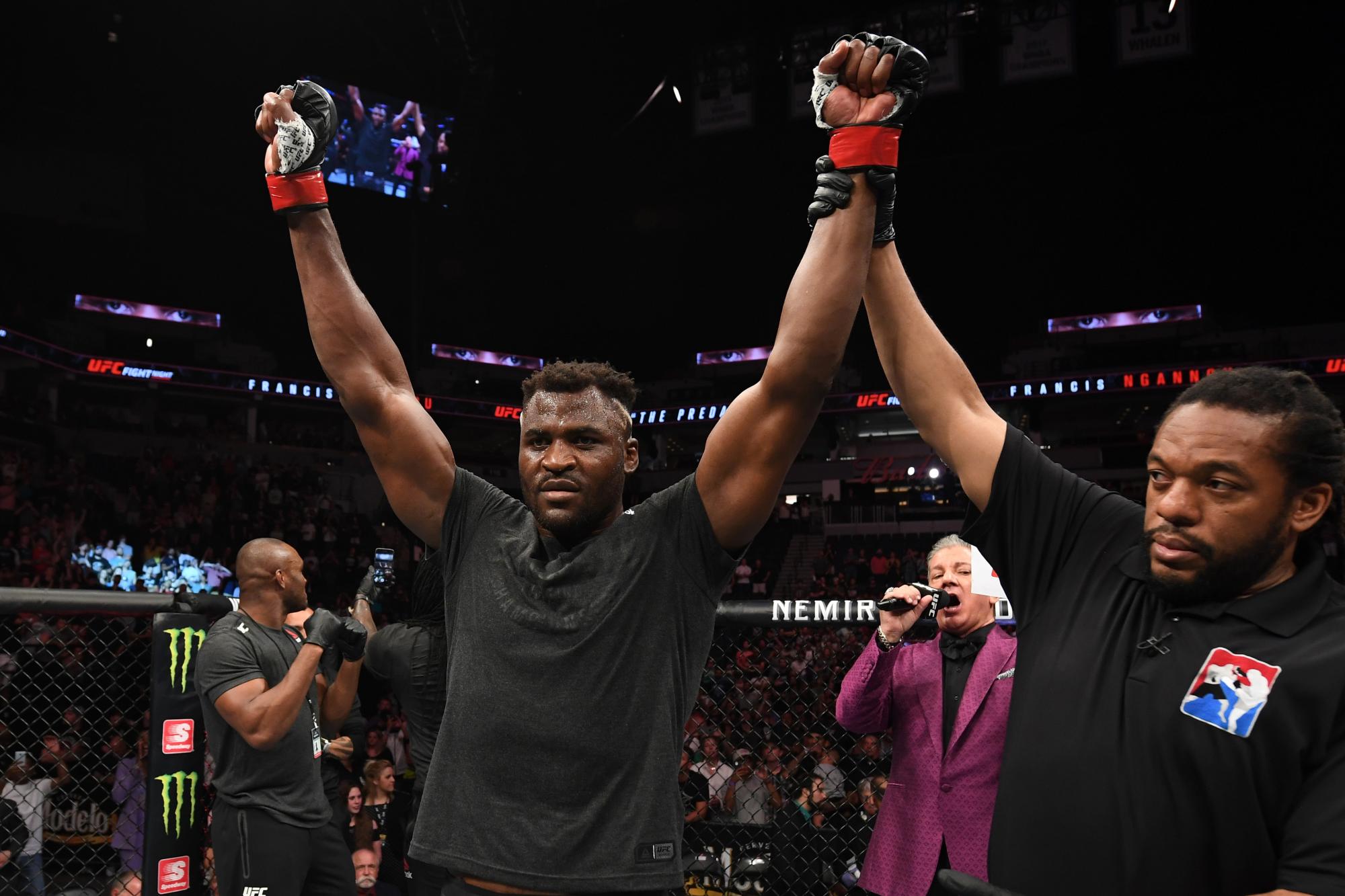 The Talking Points and Bonus Winners of UFC Minneapolis
By Steve Latrell • Jun. 30, 2019
Performance of the Night
Francis Ngannou

No fighter is unbeatable, but Ngannou certainly looked the part Saturday night, crumpling the former champion with a series of audibly violent right hands that sent “Cigano” to the canvas where he covered up as “The Predator” made it a formality.

“Do I deserve the title shot or not? I think the answer is yes,” Ngannou said following his victory.

On his way to tying Demetrious Johnson’s record for the most wins at flyweight, Joseph Benavidez made the most of his sequel with Jussier Formiga. While the speedy Formiga got in his fair share of shots, it looked at times as if Benavidez had already solved the riddle; like a video game he’s played a hundred times.

“He fought how I thought he would. Very safe, very methodical, very smart, very technical. His distance and his timing in and out was very good. But I knew that was coming if you see his fights.”

With the win, Benavidez also moves into second place for the most finishes in his division, with two of the most exciting ones coming over Formiga.

Joseph Benavidez talks backstage with Megan Olivi about his victory over Jussier Formiga at UFC Minneapolis and talks about a potential rematch with Henry Cejudo.

In a 9-0 professional career, light heavyweight Alonzo Menifield has only seen the second round twice. The Dana White Contender Series alum has never let his fights go to decision, and he wasn’t about to start with Paul Craig.

Unable to get Menifield to the mat, Craig attempted a spinning wheel kick that went awry and caused Craig to lose his balance. It was the only opening Menifield needed, and the series of right hands that followed knocked Craig unconscious.

"It went as planned. I was a little flustered with his movement, but I was able to get control of it and ultimately I got him. The right hand did it.”

It most certainly did.

After a tough three-fight skid, the former Alabama linebacker bounced back in huge fashion with a devastating KO victory over Vinicius Moreira that was good enough for an extra $50,000.

The KO was a sharp reminder of Andrers’ considerable power, as he needed only 1:18 of the first round to make his point.

“He was desperate and you could kind of sense it,” Anders said.  “I knew once I defended that takedown, I would turn and I would be able to pick my shots, and I did.”

Maurice Greene made the first walk of the night to an already-packed arena waiting to see their Minnesota prospect, and he did not disappoint. With his young son watching his father fight for the first time, Greene rose to the occasion with a first round TKO over Junior Albini. “The Crochet Boss” is now 3-0 in the UFC.

Years after it was supposed to take place, Amanda Ribas finally made her UFC debut, and she made the most of it, clinically submitting Emily Whitmire in the second round and perhaps destroying the concept of ring rust forever.

On possibly any other fight night, Drew Dober’s savage KO of Polo Reyes would have been a shoe-in for a performance bonus, but he just happened to have his most dominant outing to date on a night filled with dominant finishes. Dober’s evolution fight over fight continues to be evident.

Newcomer Dalcha Lungiambula promised his fans at home in South Africa that he would win, and he delivered on that promise, stopping Dequan Townsend 42 seconds into the third round. The TKO put yet another up and comer at light heavyweight on the radar of the fighters ranked above him.