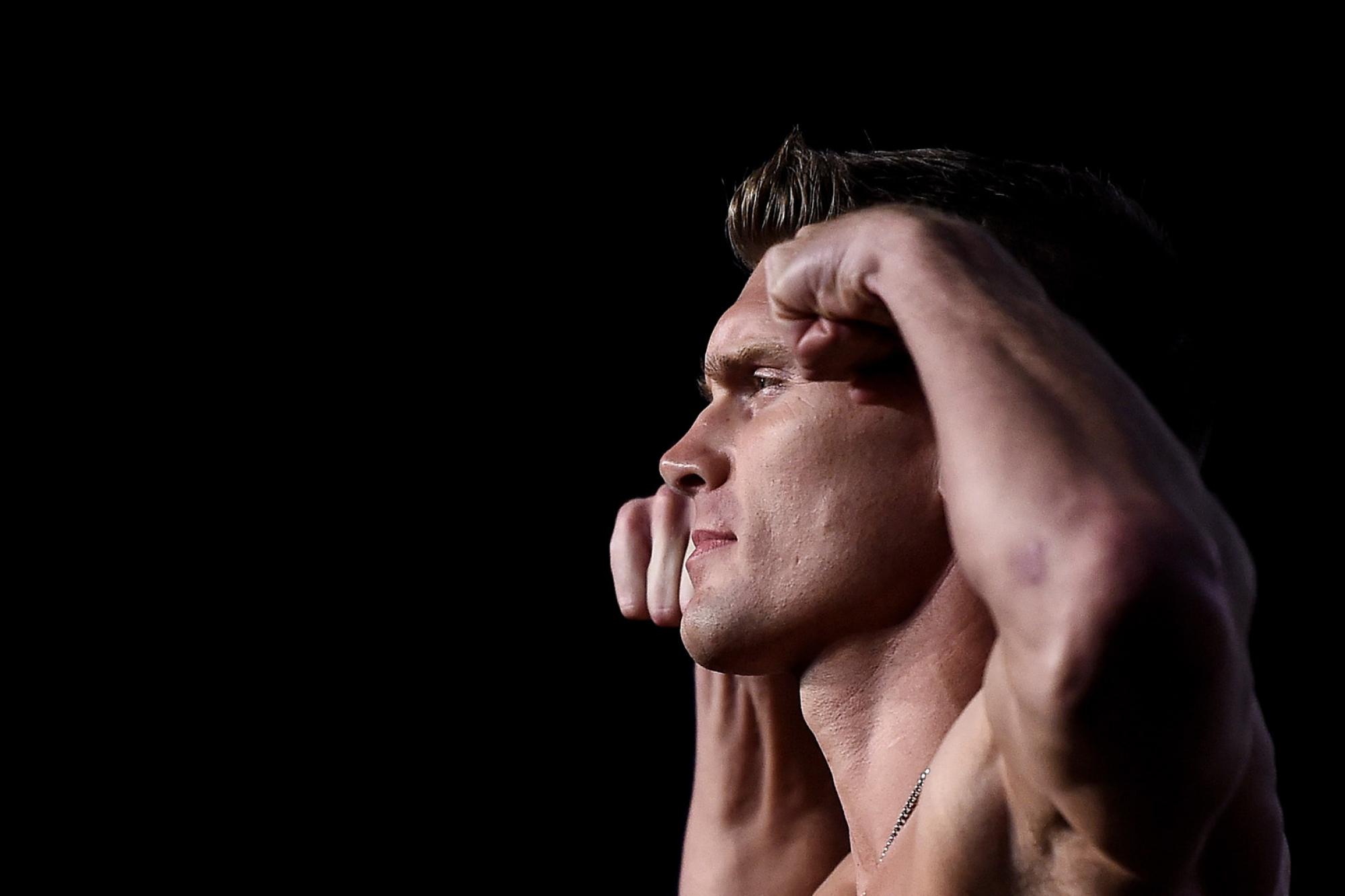 From The Top Of The Card To The Bottom, We've Got Your Tennessee Details
By Damon Martin • Mar. 19, 2019
STEPHEN THOMPSON VS. ANTHONY PETTIS

Two of the best strikers in the UFC will face off in the main event from Nashville as Stephen “Wonderboy” Thompson takes on former lightweight champion Anthony “Showtime” Pettis. Throughout his career, Thompson has proven time and time again that his karate-based style can give the best fighters in the world absolute nightmares. With knockout power in every limb, combined with surgical precision, Thompson is one of the toughest matchups in the sport when he’s on the feet. The same could be said for Pettis, who is not only a world-class kickboxer but one of the most creative fighters to ever step foot inside the Octagon. Pettis will use all facets of the cage to his advantage — including launching himself airborne if that’s what it takes to get the job done. It’s unlikely these two will be diving for takedowns so enjoy this dynamic striking display…as long as it lasts because Thompson or Pettis could finish this from the very first exchange until the last.

After his six-fight unbeaten streak was snapped last time out, Curtis Blaydes is hungrier than ever to regain his momentum and he’ll look to do that against Justin Willis, who comes into the fight with a perfect 4-0 record in the UFC. Willis is coming off the biggest win of his career against former title challenger Mark Hunt. He would love nothing more than to earn a spot in the top five rankings, and Blaydes is a conduit to put him there. That’s easier said than done when dealing with a workhorse like Blaydes, who has plenty of power behind his punches but also possesses some of the best wrestling in the entire heavyweight division, and he won’t hesitate for a second to put Willis on his back and grind him into the mat for 15 minutes if that’s what it takes to get the job done. 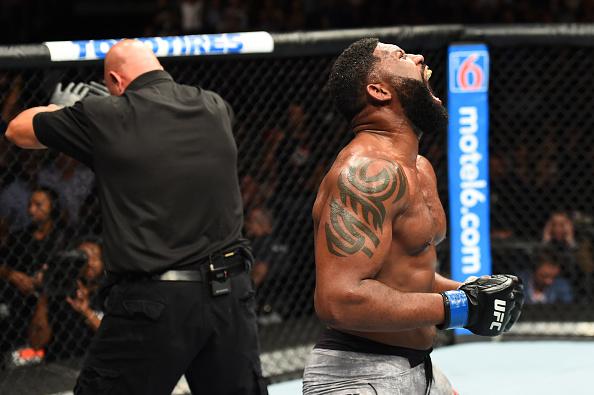 Veteran lightweight contender John Makdessi will look to build on his last two wins in a row when he faces Jesus Pinedo in Nashville. Makdessi has been a stalwart of the UFC since 2010 and he’s racked up plenty of impressive wins along the way. He’s coming off a Fight of the Night performance in his last outing, so Makdessi has no problem taking a punch to give one back if it helps him get the win. As for Pinedo, he made his UFC debut last November with a unanimous decision win over Devin Powell. Pinedo has a lot of experience under his belt and he’s riding a seven-fight win streak, so getting a win over Makdessi would be a huge addition to his resume.

Top five-ranked flyweight Jussier Formiga has looked better than ever during his current three-fight win streak, including a dominant victory over Sergio Pettis in his last fight. Formiga has been a constant presence in the flyweight rankings since first arriving in the UFC, but he believes gold could be in his future after moving to Florida to begin working with American Top Team three fights ago. If Formiga wants to keep his streak alive, he’s going to have to find a way to hand fellow Brazilian Deiveson Figueiredo the first loss of his career. With a 15-0 record, Figueiredo has run through everybody he’s faced in his career, including four straight opponents in the UFC, with three of those coming by way of knockout. Figueiredo is a powerhouse at 125 pounds but this will definitely be his biggest step up in competition while facing Formiga and his high-level grappling game this weekend. 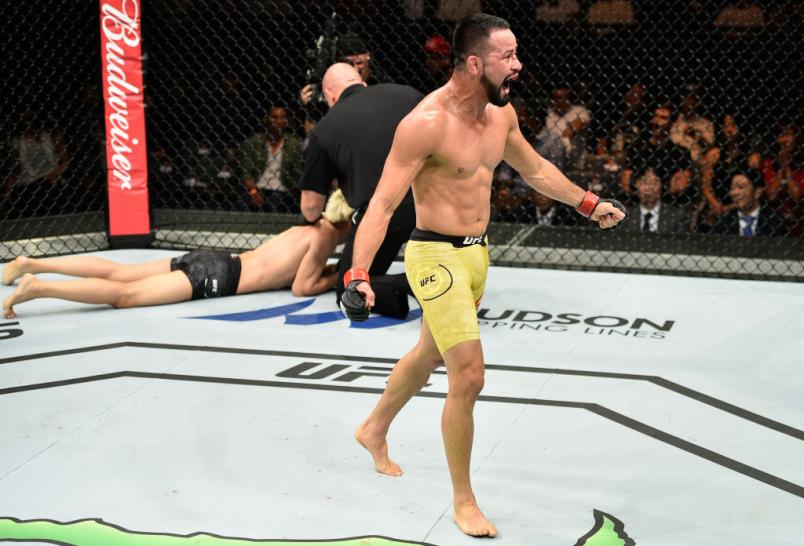 Former Ultimate Fighter competitor Luis Pena will make his featherweight debut after falling by split decision to his former housemate Mike Trizano his last time out.  Standing 6-foot-3-inches tall, Pena will have a massive height and reach advantage over most of his opponents at 145 pounds and he looks to showcase that dominance when he faces Steven Peterson on the main card, Peterson is 1-1 thus far in the UFC and he’s coming off an absolute war with Matt Bessette in his last fight. Peterson is a go big or go home kind of fighter so he will absolutely look to battle Pena and give him a rude welcome to the featherweight division.

At just 20 years old, Maycee Barber is one of the youngest competitors in the UFC today, but her talent far exceeds her age. Barber has long proclaimed that she’s a future champion and her performances thus far have done nothing to dissuade that potential. She earned a ground and pound victory in her UFC debut and now Barber moves up to flyweight, which will be a more natural home for her going forward. JJ Aldrich will do everything possible to bring Barber’s hype train to a crashing halt. Aldrich, who trains alongside UFC strawweight champion Rose Namajunas, has earned three wins in a row and she would love to get a fourth straight while knocking some of the luster off Barber’s lofty aspirations. 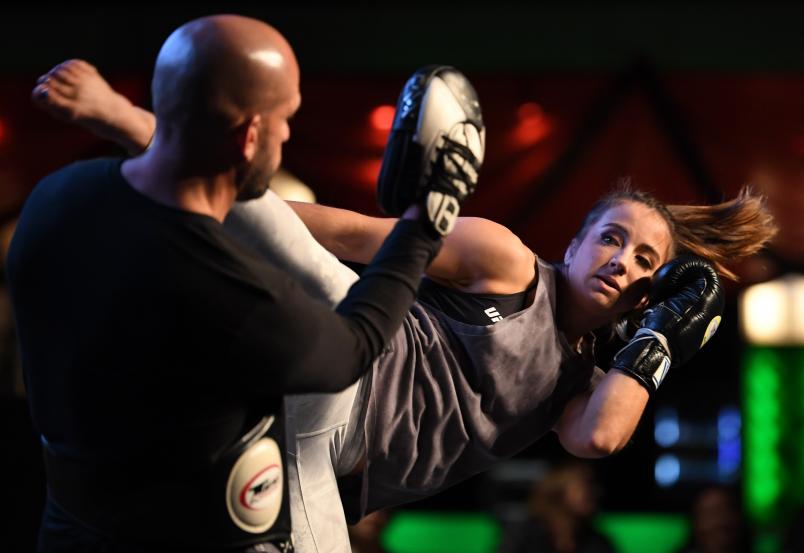 Submission specialist Bryce Mitchell will look to pick up a second Octagon win as he faces off with Bobby Moffett, who made his way to the UFC via Dana White’s Tuesday Night Contender Series. While Mitchell is the young gun in this matchup, Moffett has faced the tougher competition, including in his UFC debut, where he submitted Octagon veteran Chas Skelly. That was actually Moffett’s third straight finish by D’Arce choke, so as good as Mitchell has been on the ground, he might want to watch his neck in this featherweight showcase.

Illness cancelled this bout a couple of weeks ago, but now Marlon Vera is healthy and ready to fight as he takes on Frankie Saenz in bantamweight action. Vera has consistently been a highlight reel just waiting to happen when he competes, and he comes into this fight off two straight finishes in a row. Meanwhile, Saenz is a tough-as-nails wrestler who has also picked up wins in back-to-back fights. Only one fighter’s momentum can keep building with this fight so it will be interesting to see who wants it more between Vera and Saenz.

Former title challenger Alexis Davis will look for her second win at 125 pounds when she faces Invicta FC veteran Jennifer Maia. In her last fight, Davis lost a razor-close split decision to Katlyn Chookagian, which probably prevented her from getting a No. 1 contender’s fight. Davis is a crafty grappler with a concrete chin and the willingness to go toe-to-toe with anybody in the world if that’s what it takes to get the job done. As for Maia, she’s seeking her first UFC win after falling short in her debut, which stopped a six-fight win streak that included two defenses of her Invicta FC flyweight championship.

Randa Markos and Angela Hill have history that goes back all the way to The Ultimate Fighter season 20, when they were both contenders in the season that helped determine the first ever UFC strawweight champion. Markos was a dark horse contender that year who turned a lot of heads with her performances, while Hill was still a baby in the sport, but she’s certainly grown up in recent years. Markos has bounced back and forth between wins and losses in every contest she’s had in the UFC, so that means she’s looking for some consistency. The same could be said for Hill, who has gone 2-3 since returning to the UFC, and she would love to get back on track by taking out her former housemate.

Undefeated bantamweight Ryan MacDonald will make his UFC debut on the preliminary card as he faces off with Chris Gutierrez this weekend. MacDonald holds a 10-0 record in his career, including a slick submission finish in his last fight while competing for Legacy Fighting Alliance. Gutierrez comes in with a solid resume of his own, but he came up short in his UFC debut last November when he fell by second-round submission. Gutierrez has to know he doesn’t want to start off his UFC career with two straight losses, and that means handing MacDonald his first defeat when they clash.

MORE UFC Nashville: Thompson "Why I Fight" | Nashville On The Rise | Jussier Formiga

Coming off a split decision win his last fight, Eric Shelton has put together a 2-1 record over his past three fights. The former Ultimate Fighter competitor has lost some nail biting split decisions in his career, so that means he wants to leave nothing to chance in this fight. Meanwhile, Espinosa is riding a four-fight win streak, including two submission victories on Dana White’s Tuesday Night Contender Series that led to him being signed to the UFC. Espinosa is a known finisher, so he will definitely bring the fight to Shelton in this 125-pound showdown.