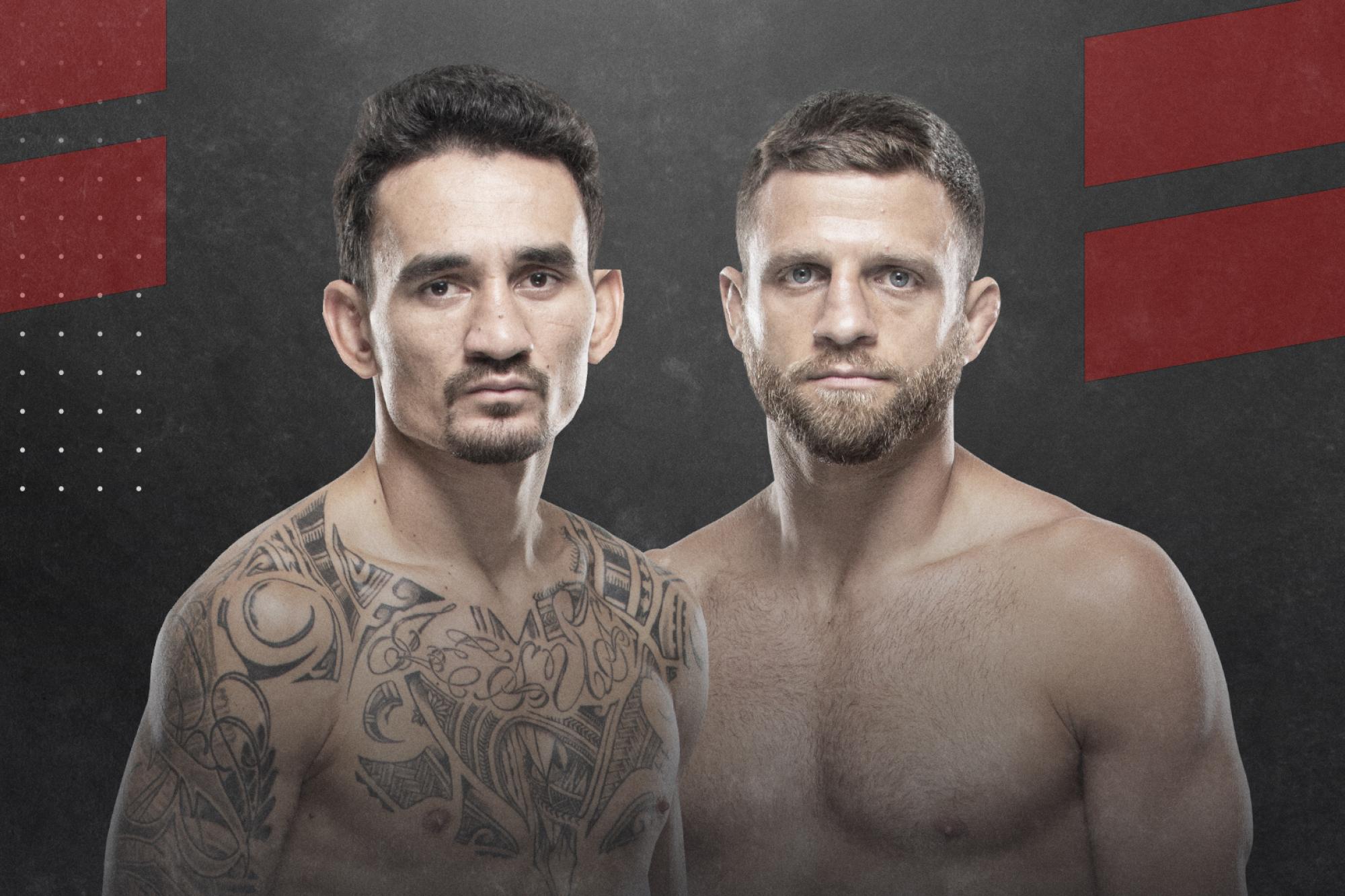 We Preview Each And Every Fight Of This Saturday's ESPN+ Event
By Damon Martin • Feb. 19, 2019
JAN BLACHOWICZ VS. THIAGO SANTOS

A pair of light heavyweights with title aspirations in 2019 will clash as Jan Blachowicz will take on Thiago Santos in the main event for the first ever UFC card in Prague. Long considered a future contender at 205 pounds, Blachowicz had a rough start to his UFC career but has recently rattled off four wins in a row, including a pair of statement-making wins against Jimi Manuwa and Nikita Krylov in his most recent performances. Blachowicz has no problem throwing hands with his opponents or showing off his world-class ground game if that’s what he needs to do to get the job done. He might need all those weapons going up against a heavy-hitter like Santos, who found new life in the light heavyweight division after spending most of his career at 185 pounds. Santos has earned two wins in a row at 205 pounds, including a jaw-rattling knockout against Jimi Manuwa last December. It’s a huge fight for both athletes, with the winner potentially being positioned for a No. 1 contender’s bout later this year.

Veteran heavyweight Stefan Struve will attempt to get back on track after arguably the roughest stretch of his career, where he has dropped three fights in a row. Struve has always been a tough out with his incredibly long range and nasty submissions on the ground, but he’s struggled to find his footing in recent fights. If he wants to stave off a fourth defeat in a row, Struve will have to slow down Brazilian slugger Marcos Rogerio de Lima, who is finally competing at heavyweight on a regular basis after numerous fights at 205 pounds in the UFC. De Lima is 2-0 at heavyweight thus far in the Octagon, and a win over a veteran like Struve could put him one fight closer towards challenging for a spot in the top 15 rankings.

Expect a slugfest in this light heavyweight clash between Gian Villante and Michal Oleksiejczuk. Throughout his UFC career, Villante has earned a reputation for his non-stop action style where he has his foot meshed down on the gas pedal from the second he’s released from the corner in any fight. Oleksiejczuk has far less Octagon experience but he has put together a similar resume with a string of knockouts and submissions as well. Villante loves to drop bombs and Oleksiejczuk is more than capable of doing the same, so don’t blink when these two fighters start throwing heavy leather on Saturday.

Former title challenger Liz Carmouche will hope to move closer towards a shot at the 125-pound women’s championship when she faces Lucie Pudilova in a flyweight matchup on the main card. Carmouche is one of the toughest and grittiest fighters to ever compete in the UFC while fighting at both bantamweight and flyweight. Carmouche has gone 3-1 in her past four bouts, including a victory over top five-ranked flyweight Katlyn Chookagian. Meanwhile, Pudilova is fresh off a Fight of the Night performance in her last outing while going 2-2 overall during her UFC career. If Pudilova can pull off the upset over Carmouche, she could instantly become a fighter to watch in the women’s flyweight division in 2019.

The bantamweight fight between John Dodson and Petr Yan could be the most intriguing fight on the entire card in Prague. Dodson is a two-time former title challenger who showcases blinding speed and knockout power behind every punch he throws. Dodson has faced the best of the best throughout his UFC career, including a finish over current bantamweight champion TJ Dillashaw. Dodson will be tested this time around by arguably one of the best prospects on the entire UFC roster, as Russian mauler Petr Yan looks to stay undefeated in the UFC after rattling off three straight wins inside the Octagon. Yan has demolished his opposition in the UFC, but this will undoubtedly be the toughest test of his career as he faces a legitimate top 10 threat in Dodson.

Check out John Dodson's signature moves ahead of his UFC Prague matchup with Petr Yan on ESPN+ this Saturday.

Following an upset loss in his debut, Russian knockout artist Magomed Akalaev got back on track in his last fight with a devastating first round finish in Moscow. Now the highly touted light heavyweight prospect will face off with late-notice replacement Klidson Abreu in the opening bout on the main card. Abreu comes into the fight with a 14-2 record while currently riding a six-fight win streak. Abreu is a submission specialist, which should make this an interesting striker versus grappler showdown in Prague.

It’s been a tough start to her UFC career thus far as Veronica Macedo is still searching for her first win inside the Octagon following back-to-back losses. This time around, the Venezuelan flyweight will take on Ultimate Fighter veteran Gillian Robertson, who is also looking to bounce back after suffering a submission loss in her last outing. With both fighters in need of a win here, expect Macedo and Robertson to leave it all in the Octagon in this matchup at 125 pounds.

Carlo Pedersoli was not handed an easy task in his last fight as he took on Alex Oliveira and fell to the Brazilian via first-round knockout. Now the Italian welterweight is looking to wash the bad taste of defeat out of his mouth when he faces Dwight Grant, who is still searching for his first UFC win after earning his spot on the roster via Dana White’s Tuesday Night Contender Series. Grant came up just short in a split decision against Zak Ottow in his Octagon debut, and he wants to return to the win column after rattling off seven victories in a row prior to his most recent setback.

With a 2-2 record thus far in his UFC career, Damir Hadzovic hasn’t found much consistency, but to his credit he’s coming off his biggest win yet against German tank Nick Hein in his last outing. Now Hadzovic will attempt to make it two in a row when he meets Ultimate Fighter Latin America veteran Marco Polo Reyes on Saturday. Reyes has been a welcome addition to the lightweight division with a 4-1 record overall, including three of those wins coming by way of knockout.

In a classic striker versus grappler matchup, submission specialist Michel Prazeres will take on UFC newcomer Ismail Naurdiev, who is nicknamed “The Austrian Wonderboy.” Naurdiev earned that moniker thanks to his prolific striking attack, where he’s earned 10 career knockouts, including finishes in his past five wins. Naurdiev will definitely want to stay standing against Prazeres, as the swarming Brazilian has won eight straight fights in the UFC, including three submission finishes along the way.

Daniel Teymur and Chris Fishgold meet in a featherweight bout where both fighters are still hunting for their first UFC win. Teymur comes from a striking background similar to his brother David, who also competes in the UFC. He’s been unable to find the same kind of success as his sibling but he’ll try to turn that around against Fishgold, who had won seven straight prior to a setback in his Octagon debut.

A potential sleeper pick for Fight of the Night comes in this preliminary bout between Russian powerhouse Rustam Khabilov and Diego Ferreira, who has earned three wins in a row, including back-to-back knockouts in his past two performances. Ferreira packs a serious punch but also has a lot of experience in grappling as well and he might need it while going up against Khabilov, who is well known for his suffocating wrestling and highlight reel throws.

Following a win in his UFC debut, Damir Ismagulov will look to make it two in a row when he takes on Octagon rookie Joel Alvarez, who comes into the fight with an impressive 15-1 record overall, including 10 straight wins. Ismagulov is an explosive striker with dynamite in his hands and feet while also managing to uncork flying knees and spin kicks from time to time as well. As for Alvarez, he’s best known for his grappling prowess, where he’s wrapped up six straight submission victories ahead of his UFC debut this weekend.