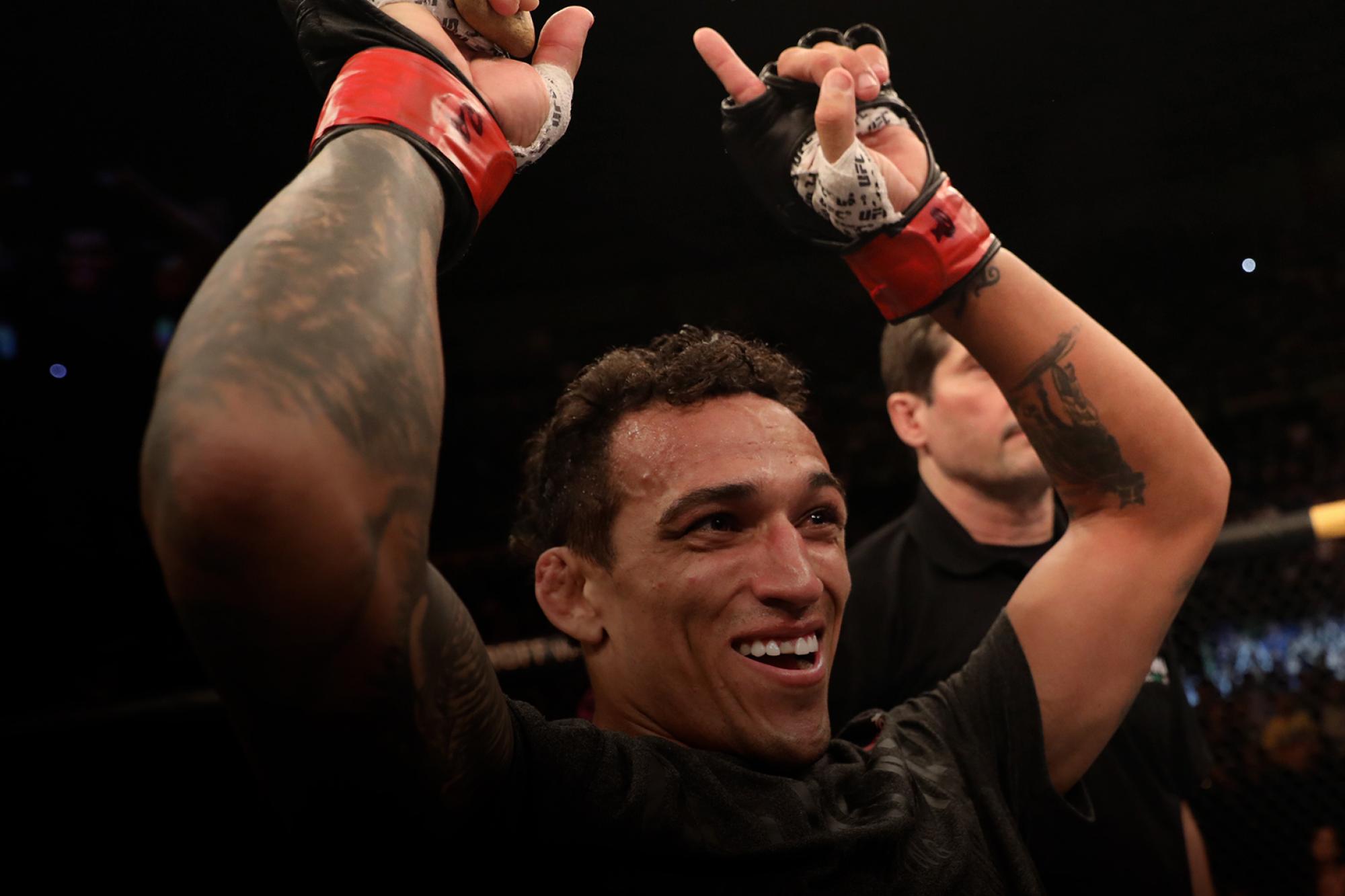 Submission wizard Charles Oliveira gave the Sao Paulo crowd reason to cheer as he scored his second consecutive knockout (yes, you read that right) in the first round against Jared Gordon. The Sao Paulo native extended his winning streak to six when he fought off a takedown attempt and connected with a short uppercut to flatten Gordon against the fence. A few quick shots later, and the referee stepped in to call the fight. Afterward, Oliveira decided to shoot his shot and called out Conor McGregor, also adding Paul Felder, who was the last man to beat him.

James Kruase picked up his fourth straight win after finishing Sergio Moraes in the third round. Despite getting taken down early in the first round, Krause got to his feet late in the frame, scoring with some leg kicks and right hands. Krause felt Moraes starting to fade, and so he pressed the action in the second round and scored a pair of knockdowns. As the fight progressed into the final five minutes, Krause stayed patient, picked his moment, and connected with a clinical right hand to end the fight with less than a minute to go.

In his UFC featherweight debut, Ricardo Ramos not only locked in a first-round finish, but he did so against an undefeated Eduardo Garagorri in impressive fashion. Ramos played around on the feet a bit, but then quickly scored a pair of takedowns. On the second takedown, Ramos took Garagorri’s back and hung on as his opponent tried to shake him off. Ramos stuck with it and sunk in the rear naked choke, slowly dragging Garagorri down to the mat, where he would eventually tap midway through the first round.

Before Randy Brown stepped into the Octagon against Warlley Alves, he wondered how the crowd would respond to him fighting a Brazilian. He nearly found out what the crowd would’ve sounded like cheering for a victorious countryman when Alves took Brown’s back late in the first round and dug for a rear naked choke. Brown, however, remained calm, got back to his feet, and forced a second round. It was then that Brown found his rhythm. He landed a nice head kick but slipped. Alves took advantage and gained top position, but Brown used his slick guard to lock in a triangle choke and secure a submission win early in the second round.