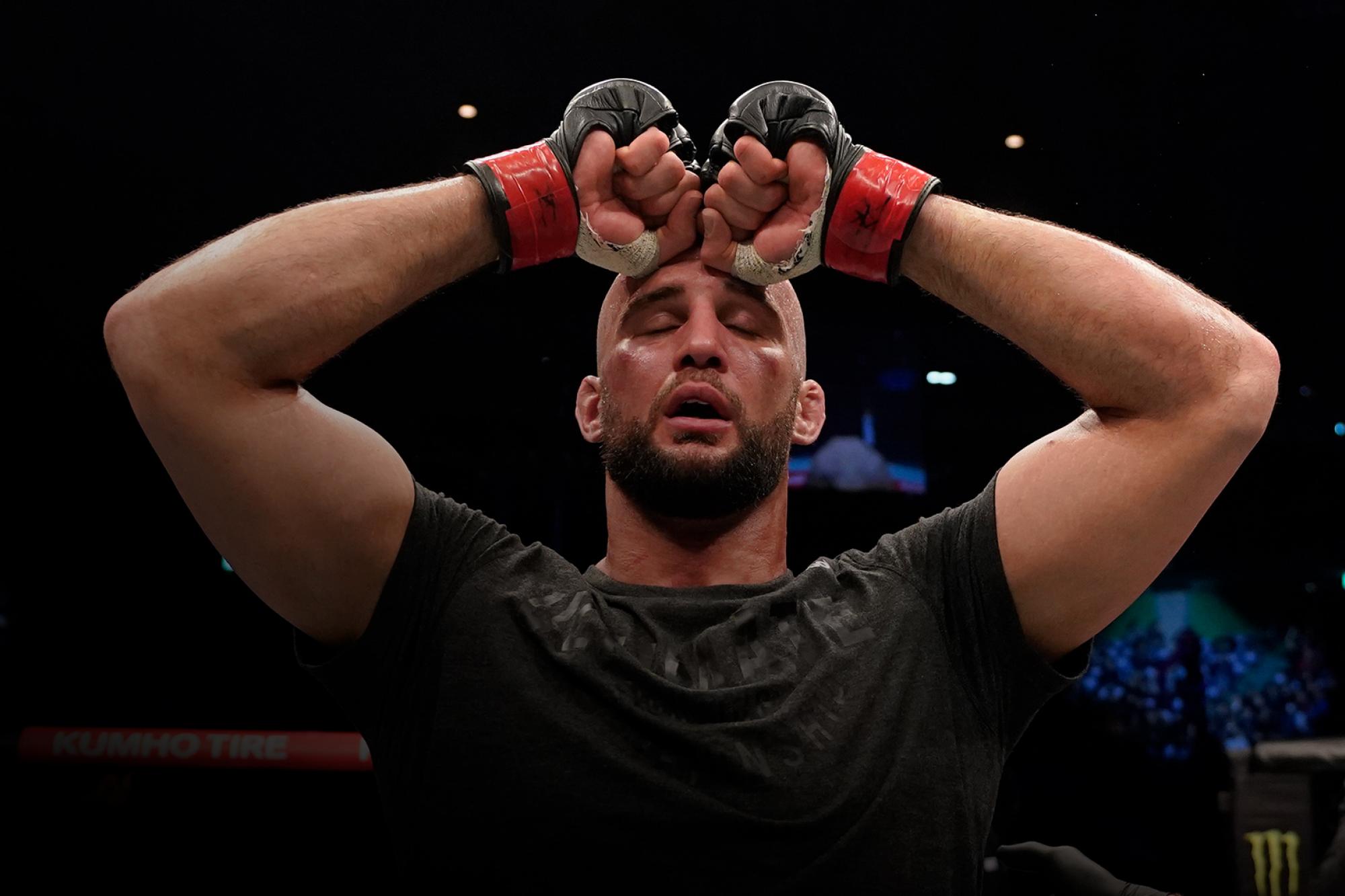 Volkan Oezdemir has no issue with taking on the risk of facing an unranked, dangerous UFC newcomer. He just wants to fight.
By Jon Gagnon, on Twitter @JGagnonUFC • Jul. 9, 2020

The current climate in the COVID-19 world has called for many fighters to take on short-notice bouts, as is this the case with this weekend’s massive UFC 251 main event, where Jorge Masvidal agreed to take on Kamaru Usman just a week before this weekend’s card on Fight Island.

Volkan Oezdemir has found himself in a different situation. He has known his opponent for some time. And though there is a comfort in having a plan, not much has changed for Oezdemir’s preparation.

“It’s great to know who you’re going to fight, but I just usually train for myself in the beginning,” Oezdemir said. “I’m trying to get better and better and be sharp everywhere. And then after it’s signed, I start to review my opponent. Everything before that is focusing on myself. Knowing for so long, it hasn’t been that different.”

Order UFC 251 Here For Any Device

The opponent Oezdemir is preparing for is UFC newcomer Jiri Prochazka. One look at Prochazka’s resume and he’s anything but your average debutant. The Czech Republic native is a former Rizin champion with his most recent win coming against former UFC fighter CB Dollaway. At 26-3 as a pro, Prochazka also has 23 knockouts.

Hence the question that must be asked: is this fight a risk for Oezdemir? A staple in the Top 10 of the light heavyweight rankings, Oezdemir is in the midst of a second push at a title shot after reeling off back-to-back wins in 2019. Does the upside equal the downside of fighting an unranked UFC newcomer?

Oezdemir doesn’t care about that. He just wants to fight.

“There is risk but because of my first situation it’s not much different,” Oezdemir said referring to his own UFC debut against then-ranked Ovince Saint Preux. “My first opponent was a Top 10 guy and now it’s the same for Jiri. He’s had trouble finding an opponent and so have I. At the end of the day I just want to fight.”

Oezdemir is being honest with himself about how the pandemic has affected his ability to find an opponent.

“I’m not able to fight in the U.S. at the moment and a lot of Top 10 guys want to fight someone in the Top 10,” he said. “Some of them don’t want to travel. So I’ve been trying to fight whoever I can. But after this fight I will put some more credit on my name and people will come back.”

The credit will be well-deserved. If Oezdemir is able to pull off a victory on Saturday, it would be his third in a row. In 2017, he won three consecutive fights and it led to a title shot against Daniel Cormier.

“I gained a lot of experience and evolved. My wrestling and ground game has improved a lot,” Oezdemir said. “I fought the best of the best. All my fights are top 10 guys. Jiri will be first guy who’s not in the Top 10.”

Currently ranked No. 7 at light heavyweight, Oezdemir may need another win or two to get in that title conversation again. But it’s a step in the right direction. And because of Prochazka’s fighting style, Oezdemir believes it’s a matchup he can flourish in.

“He’s been a champion in Japan for a while now, but he’s had some different rules” Oezdemir said. “He’s a brawler and he likes to come in and that’s exactly what I like.”