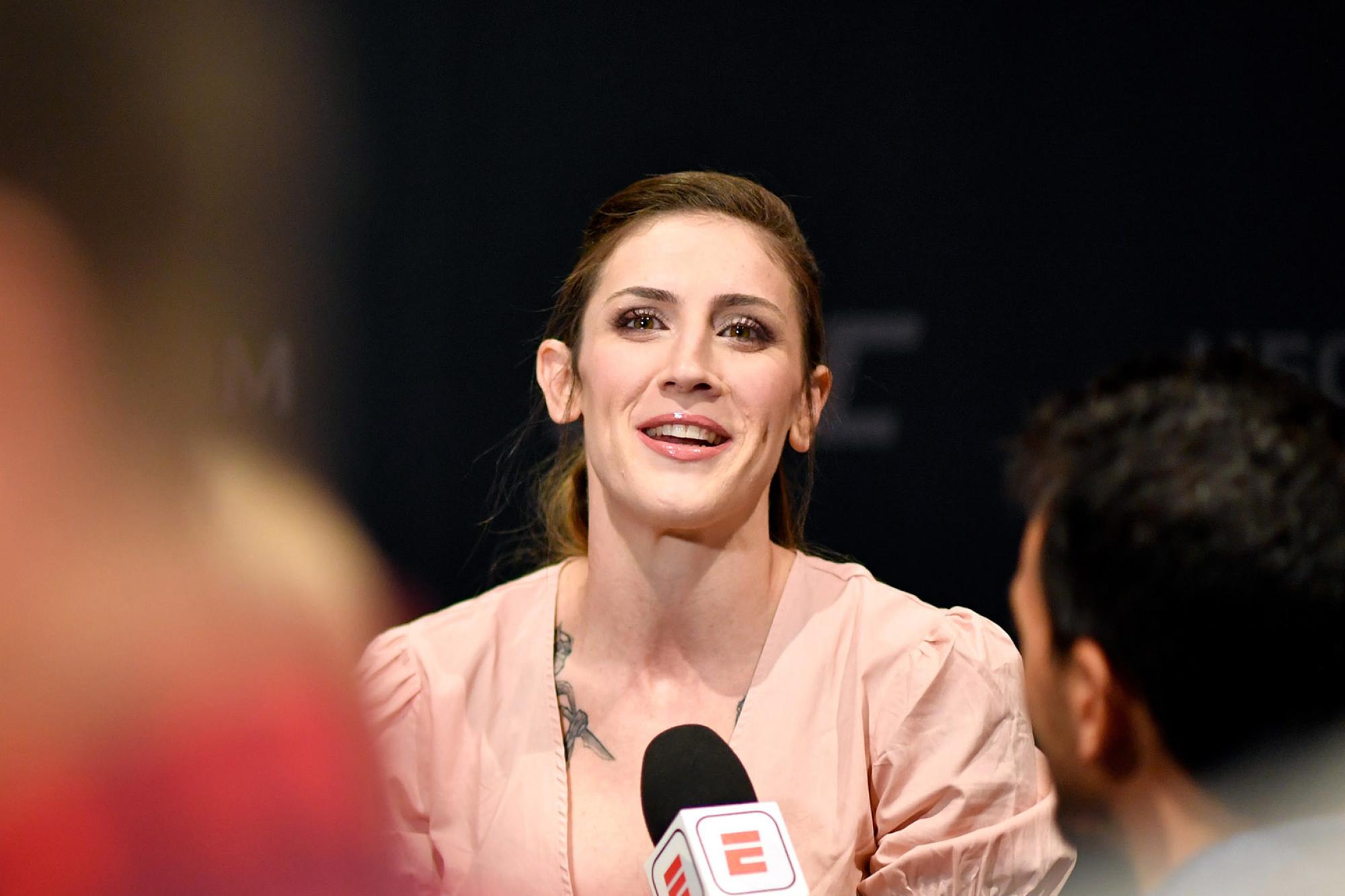 When Lockdown Lifts, Megan Anderson Will Be Ready

Featherweight Is Staying Sharp, Hoping For A Speedy Return
By Steve Latrell, on Twitter: @TheUFSteve • Apr. 3, 2020

Since its launch, millions upon millions of users have fallen under the spell of the TikTok app, and Megan Anderson is no exception.

And it clearly makes Anderson happy. No matter which social platforms you follow the featherweight contender on, you’ve undoubtedly seen the radiant smile as she unleashes her arsenal of dance steps.

But, as with anything good these days, there is usually an army of miserable keyboard warriors attempting to rain on the parade.

“It’s so funny seeing all the different reactions from people. I think there's a lot of judgment. I've had fun with it and you know I fully understand that I can’t dance for s***. But it's not going to stop me from trying! So, why not? It’s something that’s fun and it’s a cool distraction too, watching what other people do.”

Distractions are a welcome commodity these days, and the COVID-19 quarantine of the last few weeks has given Anderson time to indulge in a few of them, including her well-documented love of gaming.

“I’ve been playing the new DOOM Eternal, some online stuff with Warzone,” she explains. “I'm not really too affected. I don't really do much anyway. My life hasn't changed too much.”

Perhaps not, but there is one fundamental change: training. While to many, “work from home” simply means laptops and conference calls, mixed martial artists have the monstrous challenge of preparing to fight another human…without other humans.

“Yeah, it kind of sucks that we can't train how we normally train because of the rules here in Missouri. All the non-essential businesses have to close and it’s a stay at home order, so it kind of makes it a little bit difficult. But I feel like we’re all in pretty good spirits. Just staying focused, staying positive,” she explains, noting that the team at Kanas City’s Glory MMA remains spiritually connected.

“It’s not going to be like this forever.  I think that's kind of the mindset a lot of us have. We haven’t been too down about it. So, it’s good to see that everybody is on the same page and looking in the same direction.”

In the meantime, it’s a lot of making lemons into lemonade.

“Really, it’s just whatever I can do, like some footwork drills. [Glory coach] James Krause is putting some content for our gym online, so I’ll do a lot of that stuff that he puts up. My strength and conditioning coach is putting up some stuff that we can do at home, as well. I have a stationary bike so I'm able to do a little heart rate monitored cardio,” she says, explaining the evolving regimen. “Just keeping myself sharp, so when I'm able to get back into training full-time, when this all blows over, I'll be ready to fight straight-away.”

If social distancing hasn’t been ideal for physical training, it has allowed Anderson a unique chance to envision the fisticuffs that lay ahead.

“I watch fight footage every day and I'm always thinking about fights and I’m visualizing fights. Those mental reps are super important as well.”

And when the fights ultimately resume, does she visualize herself fighting the winner of the Amanda Nunes vs Felicia Spencer featherweight title fight scheduled for UFC 250?

“To be honest, I don't really care. We knew going into that Norfolk card, having Felicia on the card, that if she won that she would probably get the title shot. It is what it is. We knew that. So, it wasn't really much of a shock when they did match that fight up.”

And while it makes sense that Anderson would get the next crack at the strap after the meeting between Nunes and Spencer, the Aussie isn’t keen on sitting around that long.

“I don’t want to wait because Amanda, after this, she'll probably go back down and defend her bantamweight belt and I don’t want to wait that long.  So, fighting another couple of times, or however many, the title shot is going to happen. And it'll happen when it's supposed to happen, and we’ll be ready.”

That Anderson wants to fight as soon as she’s able is not surprising given the momentum she gathered in her last two outings, as two emphatic first-round finishes showcased Anderson in peak form.

“I'm just bringing a different mentality. I'm in a different place in my life now. I feel like my best performances are starting to happen and I'm just going to get better from fight to fight. This is just a speed bump in the journey.”