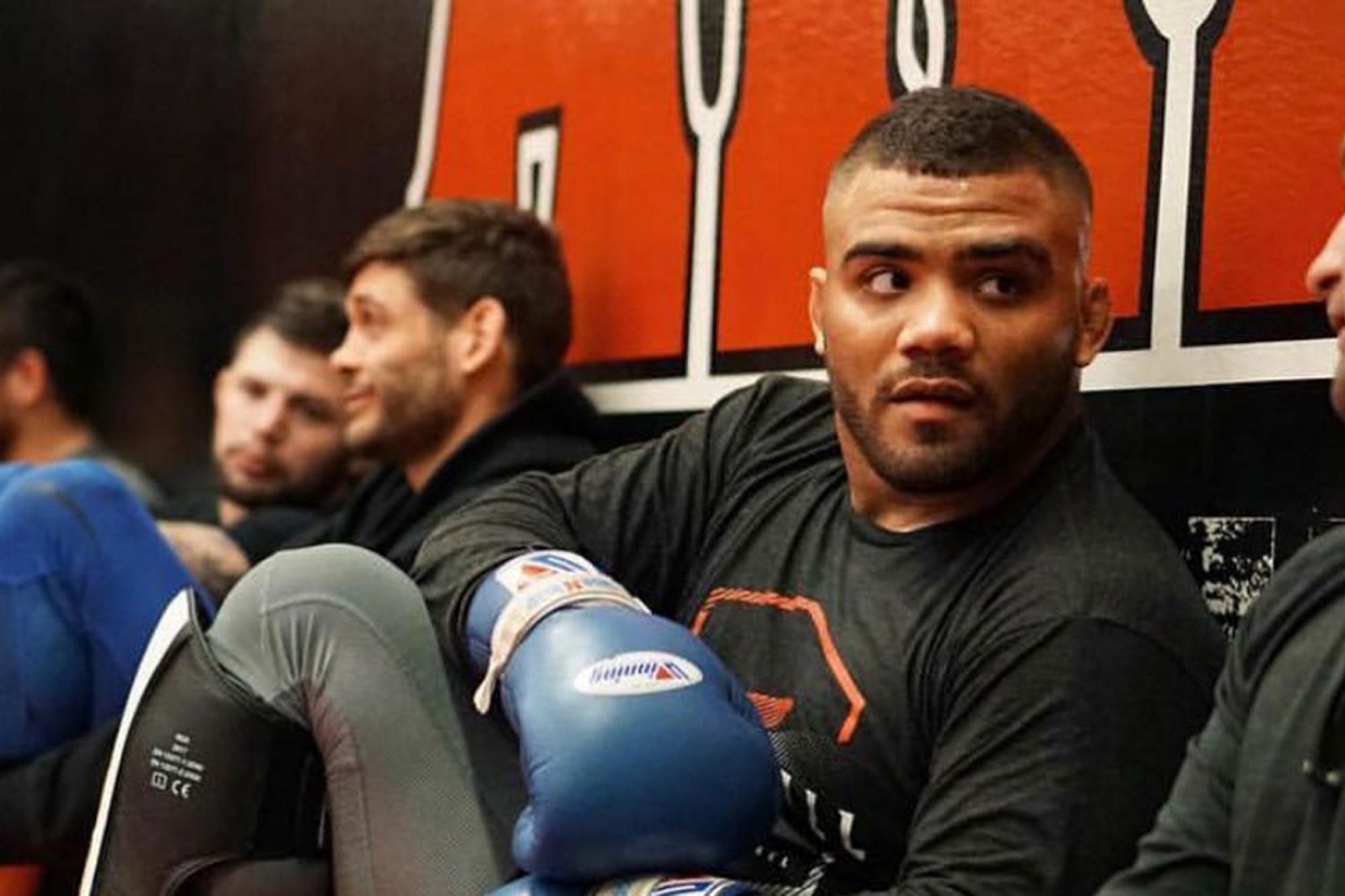 Winn Excited To Be The New Star To Rise

And he’s been giving out plenty of it about his AKA teammate Deron Winn, a two-time junior college National champion, three-time All-American and former Olympic wrestling hopeful who has compiled a 5-0 record in MMA on his way to his UFC debut against Eric Spicely this weekend.

But Winn doesn’t feel such praise is an albatross for him to carry into the Octagon in South Carolina.

That’s as close as Winn gets to bold statements. At least for now.

Winn laughs, clearly at ease before the biggest fight of his career, which comes two years and three months after he debuted with a 28-second knockout of Mike Morales. It’s been smooth sailing since then, with three more first-round knockouts followed by a decision win over UFC vet Tom Lawlor in November.

“He’s a tough dude,” said Winn of Lawlor. “I hit him so hard a couple times, harder than I’ve ever hit anybody, and he didn’t fall. I have all the respect for Tom Lawlor.”

Winn earned a lot of respect from the MMA community for showing he could go three rounds and beat a former UFC fighter, and that’s heightened anticipation for Saturday’s meeting with Spicely, who replaced Bruno Silva who replaced Markus Perez. And while the talent is obviously there, experience and maturity may be the ultimate keys to victory for the recently minted 30-year-old.

“I tell the high school kids I coach all the time, me at 19 compared to now, I’m two completely different people,” he said. “I’ve seen so much. And so much success in combat sports comes with experience, and that’s what came with my wrestling. I lost some matches on the big stage when I first got there off small experience mistakes. And then I even cleaned everything up in my life, as opposed to just being an athlete, but being a man and learning how to live life, and pay bills and stuff like that. You have to do certain things to be successful in life and that all comes hand in hand. At this point in my life, if this doesn’t work out, I’m ready to go on to something else. But some of these kids, their whole life is ahead of them and they already got all their eggs in this basket and that would be scary.”

That’s not to say being a prizefighter isn’t scary, but as soon as he got in the AKA gym and began picking Cormier’s brain, Winn knew he had found his place.

“Guys like him and Cain (Velasquez) have the blueprint for us, so the sport isn’t as green now as it was then,” he said. “Dudes were winning fights, but the sport has evolved so much now. And he told me what I need to do to be successful. I was worried about things like getting kicked in the head, and he said once you find out how easy that is to defend, then you’ll be that much more confident. He assured me of a few things I was uncertain on and I just ran with it. I was a wrestler and I was always a wrestler at heart, but I was always kind of an outlaw in the wrestling world, so MMA fits me perfectly, and with such a high wrestling background, I think I’m gonna be super successful.”

Of course, there were those days every budding MMA fighter – including Cormier – had when transitioning from wrestling to their new sport.

“I definitely had days where I’m laying on the mat thinking what the f**k am I doing here?” Winn laughs. “But for the most part, I enjoy what I do, so I’m good there.”

And five fights later, he’s ready to test himself at the elite level of the sport. It could be an intimidating prospect with so little MMA experience, but you won’t see the Missouri native sweat.

“I’m excited because I know who I am,” he said. “That’s the difference between me and a lot of these dudes, because I know who I am and I have for a long time. In wrestling, you have to discover who you are before you ever can become who you want to be. So I know who I am. And yeah, there have been nerves when it comes to disappointing and letting people down, but I’ve prepared myself and obviously my confidence comes in my preparation, so I’ve prepared myself for this and I’ve been in the spotlight thousands of times, so this is no new thing for me. I don’t want to downplay the UFC, but this is a place where a guy like me – and I don’t like talking about myself in the third person – but this is where Deron Winn belongs. So I’m not too worried because I know I’m not gonna let anybody down. I know they’re gonna love me even more. So I’m more excited for the opportunity.”

He’s even more excited about seeing the Octagon door shut and having a referee tell him to fight, though that part is starting to give his coaches some gray hair.

“Sometimes my coaches get mad at me because I engage too quickly,” Winn said. “Even in wrestling there were nerves and it’s different. Now I can get knocked out, but it’s the same feeling before you go in there and I always know that feeling goes away once you engage, once somebody hits somebody or grabs somebody. So I’m gonna start out fast and I’m gonna hit this dude really hard and see what he’s got and see if he can take it.”

Gray hair for the coaches, smiles for the fans. Deron Winn sounds like a fighter to watch, and he’s got plenty to show.

“I’ve evolved a lot since the last time I fought, and I’ve got some real cool things in the works.”